The Museum web cam connects viewers to the intimate life cycle of our osprey neighbors. Watch the unfolding action over time as the eggs hatch, the male delivers eagerly awaited food to the nest, and the female broods the young. Approximately 55 days after hatching, the chicks will fledge with feathers and wing muscles that are developed enough for flight. We hope that this window on their world will inspire further conservation efforts on Fishers Island. 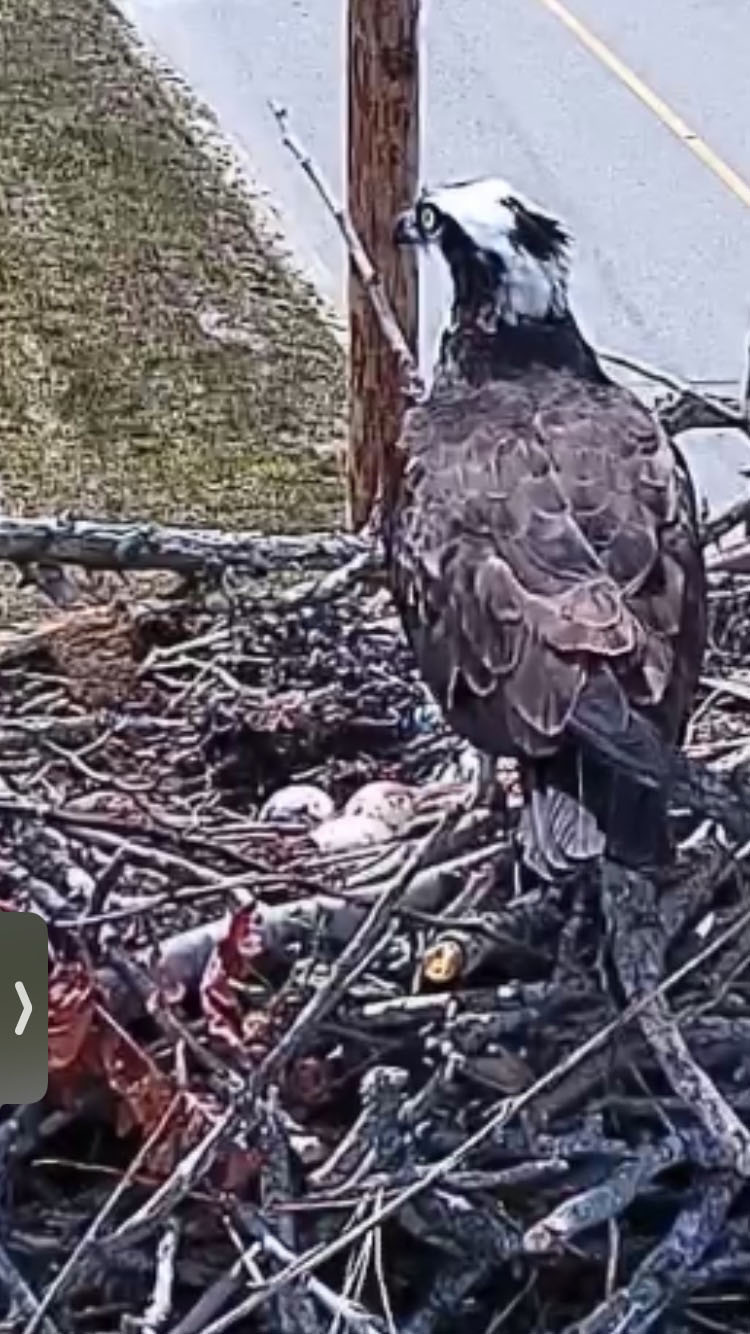 Three eggs on nest on May 5, 2022.
Screen capture by Vicki Rafferty 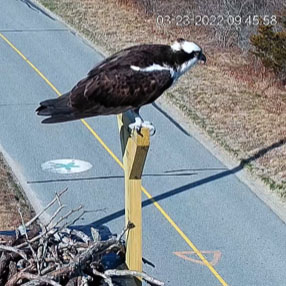 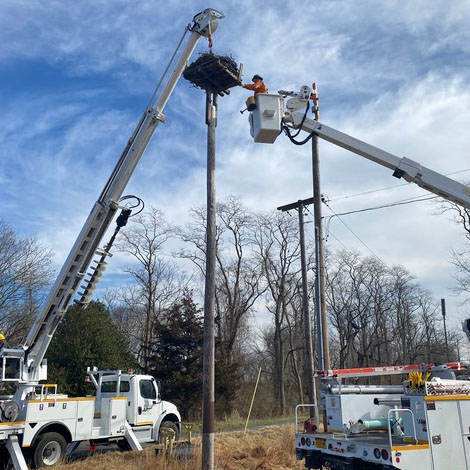 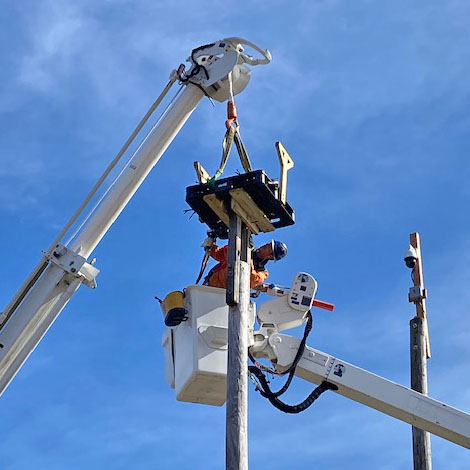 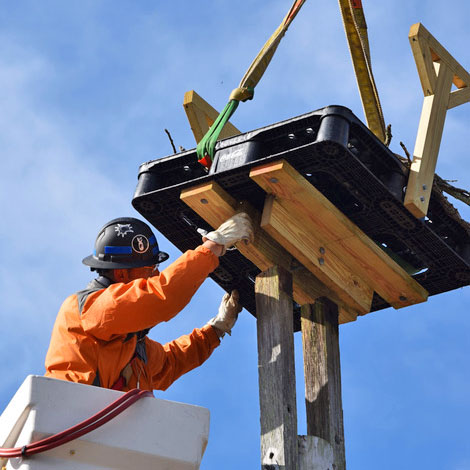 Residents and visitors who enjoy following the ospreys that return to the island each spring have a lot to celebrate this year. The H.L. Ferguson Museum’s much-anticipated new Osprey Cam became operational in mid-March. The Dahua 32x IR PTZ Network Camera features a 32x optical zoom lens, and is capable of capturing long-distance outdoor video surveillance day or night.

The 32x optical zoom lens provides a higher quality and viewable image size. The camera  delivers much greater color details in low-light conditions and is equipped with quick and accurate pan/tilt/zoom control. While the previous camera was not set up for SSL (secure sockets layer), the new one offers secure streaming over HTTPS.

The camera also has an audio function, which we did not have previously. In addition, its Live Streaming Network minimizes bandwidth usage, allowing us to stream higher-quality video. The previous feed was choppy. The new system is also able to maintain 30 days recording, so we can go back and grab significant events.

The previous camera was purchased in 2012 with funds donated by the Fishers Island Conservancy. After it ceased to function properly in July 2021, a search was undertaken that led to the new camera and a higher-quality streaming service.

We thank you all for such a great group effort!

Each year you can expect to see the arrival of the first ospreys by mid to late March, according to recent history. The ospreys generally show up a few days before St. Patrick’s Day, “about the same time that the spring peepers start singing,” says Museum Trustee Terry McNamara. They are often seen in flight days or even weeks before they settle on a nest. In 2021, resident osprey expert and former Museum Trustee Ken Edwards spotted an osprey in flight on March 14. The first sighting on camera was of one osprey on March 31. This year (2022) the first sighting in flight was on March 20 and the first confirmed landing on nest was March 23.

An Osprey is Back on Middle Farms Nest