On September 15, 2022 one of the juvenile osprey briefly stopped by Middle Farms nest for a final visit of the season. Moments after leaving, another osprey flies by the camera but it is not clear if this was the sibling, one of the adults – or another osprey.

The clips below capture two of the final feedings at the nest this season – as well a some other wildlife near the nest while we were trying to confirm if the osprey had migrated south for the winter. 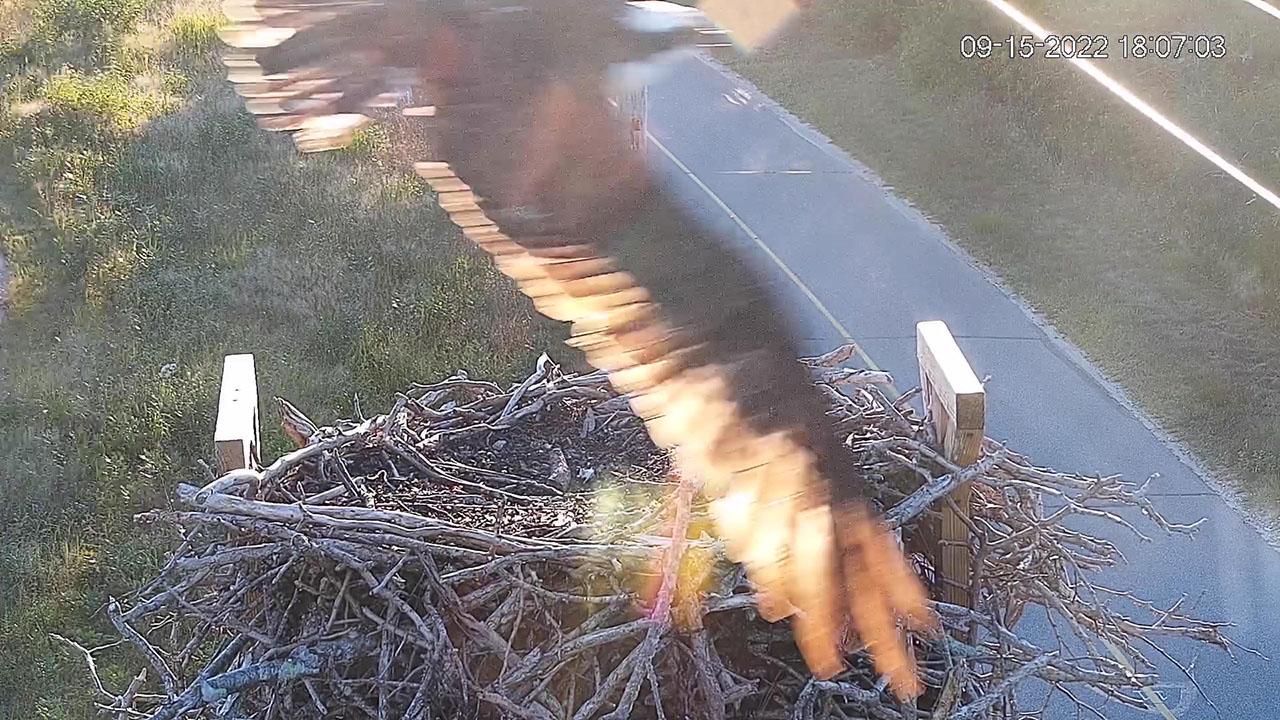 SEPTEMBER 14, 2022: Around 10:30 am, the camera captures the shadow of the juvenile osprey heading for the nest. Shortly after it lands, an adult delivers fish.

SEPTEMBER 14, 2022: In the early evening, one of the adult osprey delivers another fish to the waiting juvenile.

SEPTEMBER 15, 2022: Shortly after 6 PM, one of the juvenile osprey stops by the nest briefly. Just after leaving, another osprey flies by.

SEPTEMBER 16, 2022: During the early morning, a coyote can be seen crossing the street behind the osprey nest.

SEPTEMBER 16, 2022: A Black and White Warbler visited the nest in the early morning.

SEPTEMBER 19, 2022: A crow visited the Middle Farms nest during the early evening.