The third of three osprey eggs hatched at Middle Farms nest around 3:30 PM on June 8, 2022.
(Two and a half days after the second egg hatched.)

The video clips below show highlights from the new chicks first day beginning with a short clip of the hatching. In the long version  (35 min), the web cam also captured the adult male osprey bringing fish to the nest prior to the egg hatching and it appears that as the female stands, the egg may already be cracking. By 15:30:23 (in both versions) there is more egg movement and it is much clearer that the egg is hatching. The long version also shows the male osprey return to see the newly hatched chick, then leaves with the fish. 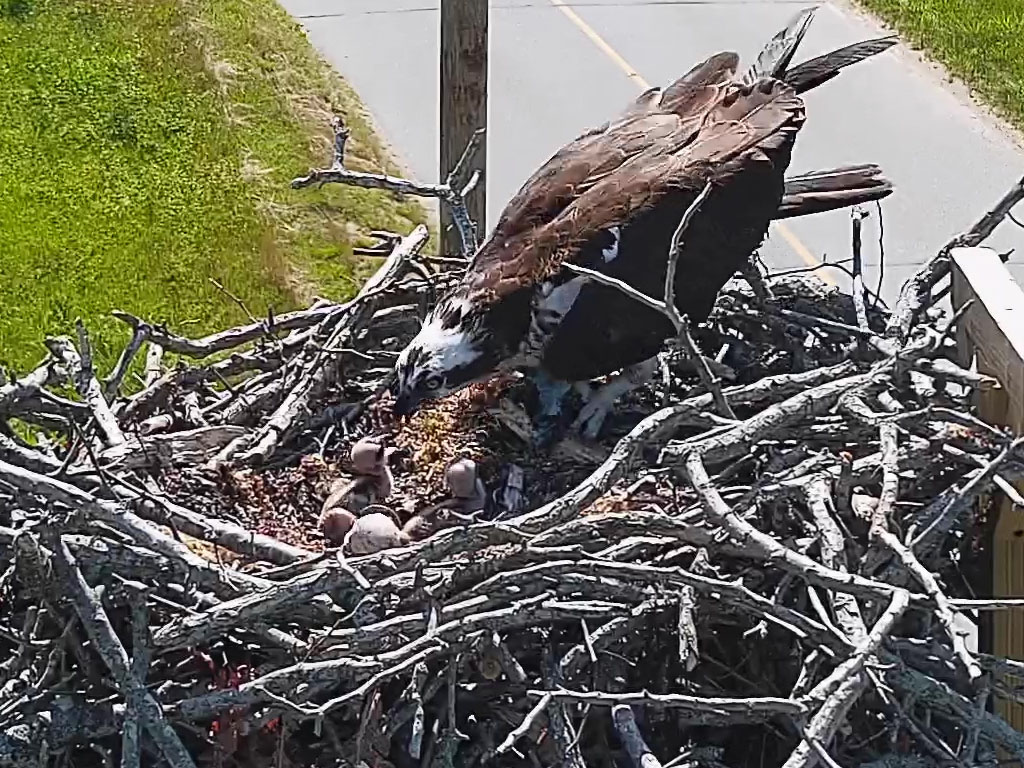 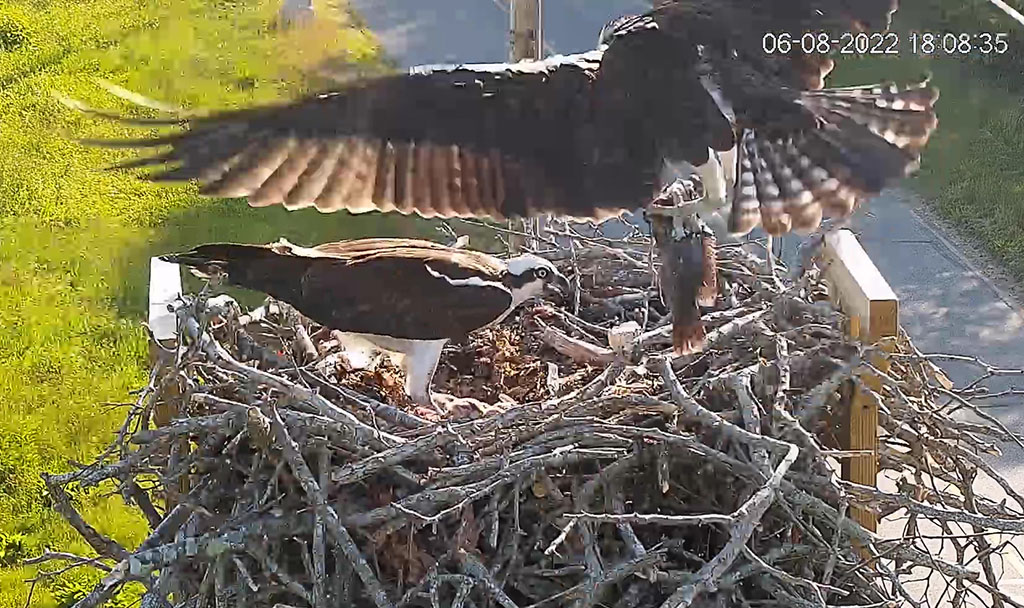 The male osprey brings fish to the nest just prior to the third egg hatching. 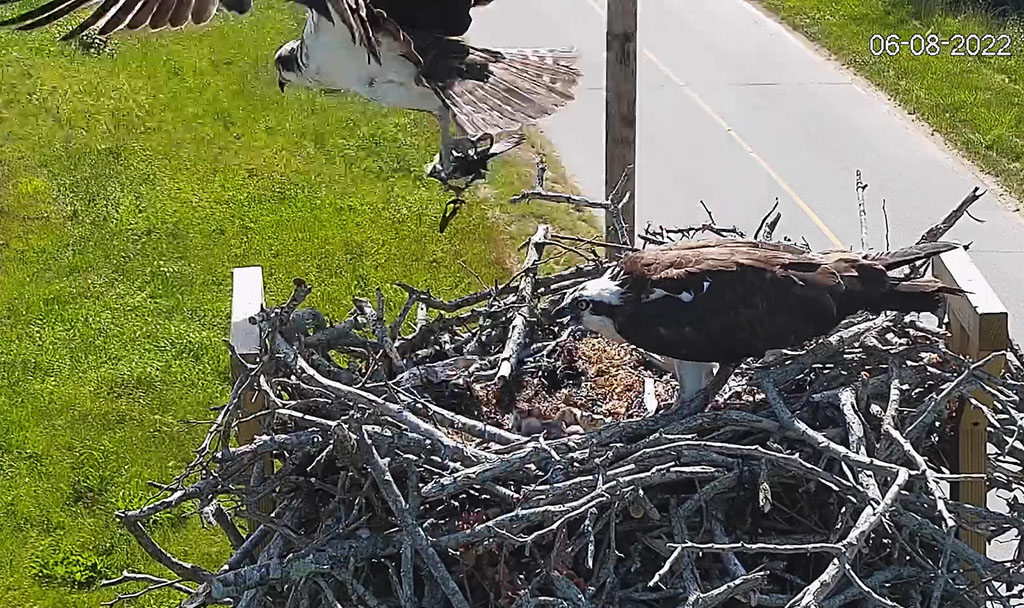 After viewing the new chick, the male osprey leaves with the remains of the fish.

During a mid afternoon feeding the web cam captured a good view of the newly hatched third osprey chick. It does not appear to be able to eat yet.

It is not clear why the female osprey is in distress around 5 PM on June 8th, but the male stops by the nest for a few minutes.

Around 5:30 PM the web cam captured a glimpse of the three osprey chicks sleeping while the mother continues to tend to them and the nest.

Just before 6 PM on June 8th, we got another glimpse of the three osprey chicks sleeping.

The 6 PM feeding provided another opportunity to see all the osprey on the Middle Farms nest. Please note the female who usually is so careful and tender with the chicks, drags the fish over one of them.