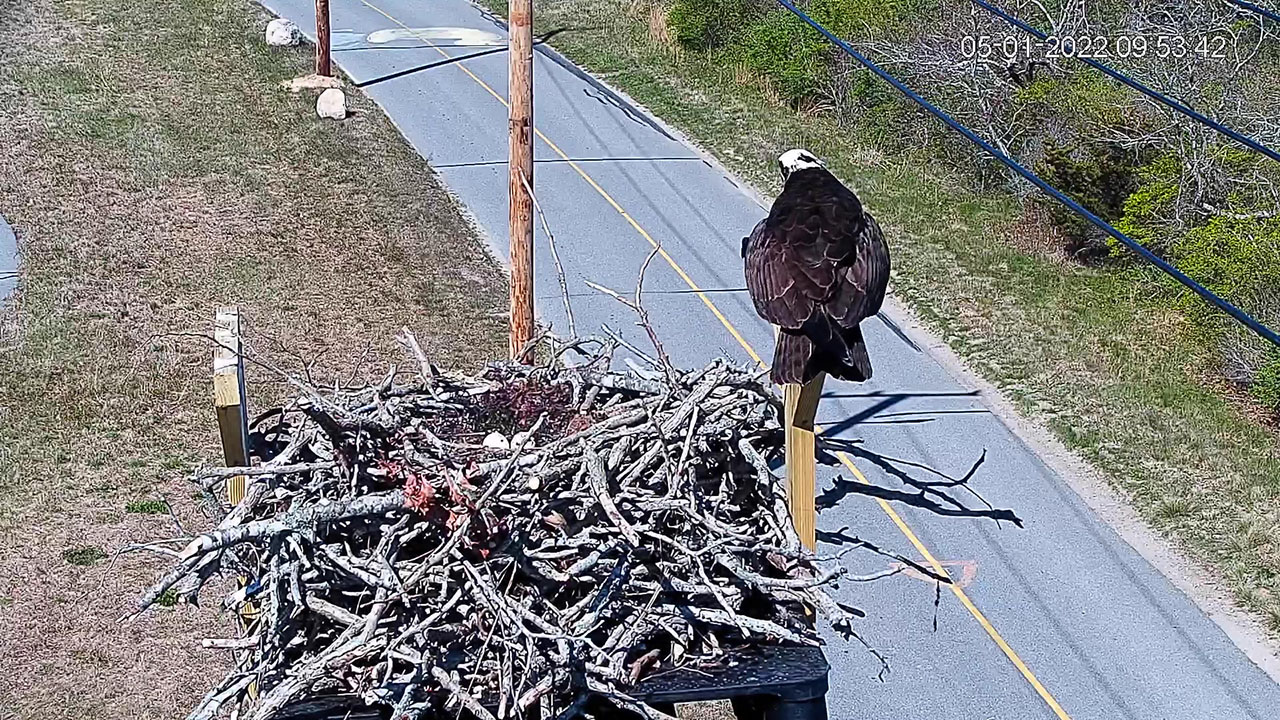 The second osprey egg was laid at Middle Farms nest shortly after 10 PM on April 29, 2022 – three days after the first egg.

The above screen capture showing two eggs was provided by Vicki Rafferty, who was watching from California on May 1st and first noticed that a second egg had been laid. This triggered interest at the Museum to scrub the recorded video back-up to determine the exact time it was laid. The following video clips capture the second egg laying and other nest activities over recent days and nights.

Second egg confirmed when the male returned for a changing of the guard before daybreak.
Please note the rabbit along the roadside to the right of the nest at the beginning of the video.

Early in the morning of April 30, the female returned and both osprey worked together to fortify the nest.

Further fortification of the nest continued on May 1, 2022 with the addition of a very big stick.