On June 10, 2022 the osprey cam captured an aggressive battle for the pecking order by the chicks at Middle Farms nest.

Vicki Rafferty alerted us to the sibling rivalry – which may have been condoned by the adults. Osprey will often favor the stronger and more aggressive chicks to try to ensure survival of at least some of their offspring. The video clips below show some of the battles that day, along with one of the feedings. 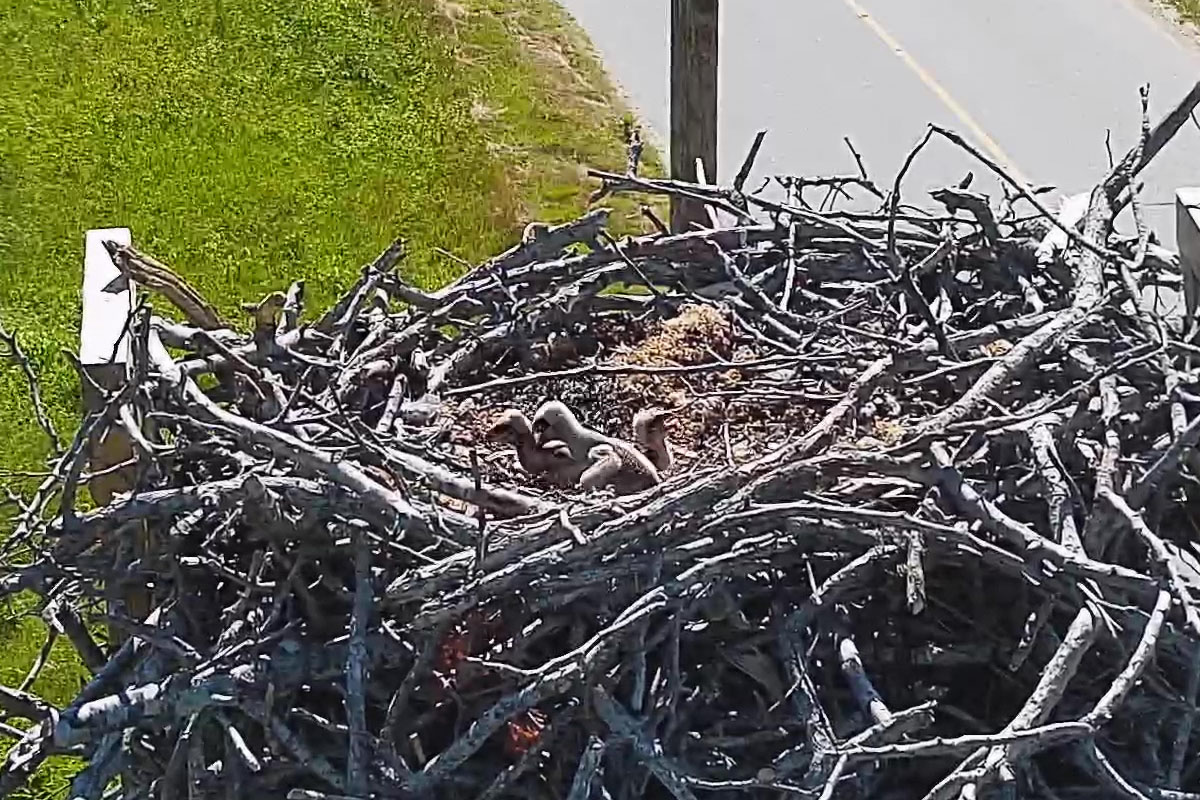 Around 3:40 PM on June 10, the adult osprey wake the chicks and then leave the nest. The stronger osprey chick (that hatched first) aggressively picks on the second chick. When the female returns, she appears to watch the battle.

Shortly after 4 PM, the adult female leaves the nest again for a few minutes, but then can be heard off-screen nearby. This causes the chicks to stir and the pecking begins again.

A feeding around 7:45 PM shows the chicks competing for food. The third chick to hatch is much weaker and does not get as much food as the others.