Vicki Rafferty was watching the live web cam from California again, and provided screen captures to confirm the second egg had hatched almost two days after the first egg. The short video clips below show highlights from the middle-of-the-night hatching to the early morning feedings. 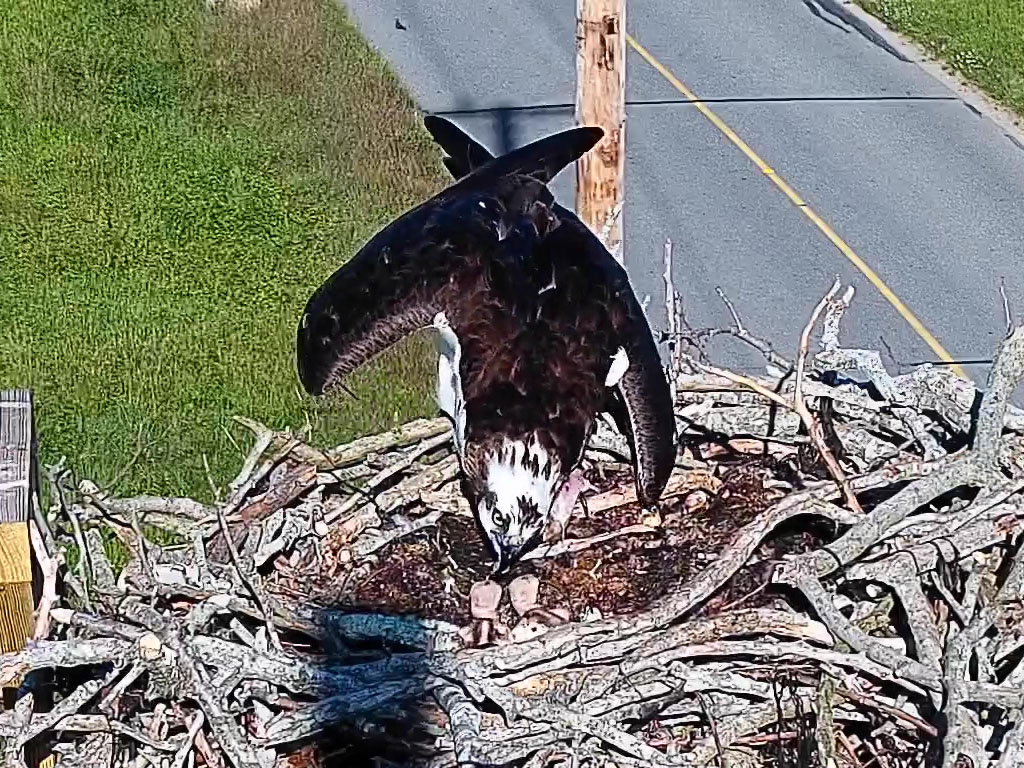 Around 2:05 AM on June 6, 2022 at Middle Farms nest, the adult female osprey was awakened to the second egg hatching. She carefully adjusted the nest before re-covering the chicks and the third remaining egg.

Around 2:26 AM the web cam captured some glimpses of the new chick while the adult female osprey was tending the nest to make it more comfortable for her and the two chicks. She also continued to rotate the third egg.

Multiple times before daybreak the web cam captured small glimpses of the osprey chicks during the ongoing nest tending by the adult female, who did not appear to get much sleep.

After some preening in the early morning on June 6th, the adult female osprey takes a bathroom break – providing another glimpse of the chicks.

Around 5:41 AM on June 6, 2022, the male osprey returns to Middle Farms nest with fish and receives his first up-close viewing of the second osprey chick. He covers the chicks with a stick while the female eats.

Around 6:27 AM on June 6, 2022, the male osprey brings another fish to the Middle Farms nest. This time the female tries to feed the chicks but it is not clear if the second chick received any food during this feeding.

The mother made a number of unsuccessful attempts to engage the chicks for a second feeding session on the morning of June 6th. Finally, around 7:19 AM it appears that they both get fed.