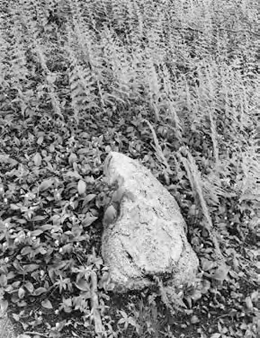 The diversity of plants on Fishers Island is captured in this photograph by John Wilton taken from a nature trail on the south side of Middle Farms Pond. Plants depicted include Canada mayflower (Maianthemum canadense), Starflower (Trientalis borealis) and Hay-scented fern (Dennstaedtia punctilobula).

Fishers Island has recently been included in a fascinating article by Robert T. McMaster appearing in the Journal of Biogeography. The study investigated factors influencing vascular plant diversity on 22 islands off the coast of eastern North America. These islands are located between 41° and 45° N latitude in Canada and the United States and range in size from 3 to 26,668 hectares. The study found that vascular plant species richness is strongly influenced by physiographic factors such as island area, latitude, and distance from the nearest larger island.
Some interesting statistics are presented in the article. Fishers Island has a total of 920 plant species, 516 of which are native and 404 non-native. Although we are smaller than Gardiners Island, Block Island, Grand Manan Island and Naushon Island, we have greater plant diversity than any of these. Martha’s Vineyard with its area of 13,600 hectares as contrasted to our 1190 hectares has 979 total plant species, only 59 more than Fishers. According to the article, 7200 years have elapsed since our isolation from the mainland and the author believes that the native flora of the US islands arrived while the islands were still attached to the mainland, Block Island being a possible exception. It was also pointed out that none of the islands contained endemic species.

The citation for this article is as follows and a copy is available at the Museum: McMaster, R.T. “Factors influencing vascular plant diversity on 22 islands off the coast of eastern North America.” Journal of Biogeography 32: 475-492 (2005).

Of the 404 non-native plants on the island, most are species that have adapted well and remained in check. These include familiar plants such as Black-eyed Susan (Rudbeckia hirta), Bouncing bet (Saponaria officinalis), Chicory (Chicorium intybus), and Queen Anne’s lace (Daucus carota). However, some populations of non-native plant species are growing to the point where they are having adverse impacts upon native species and their habitats and are reducing overall diversity. 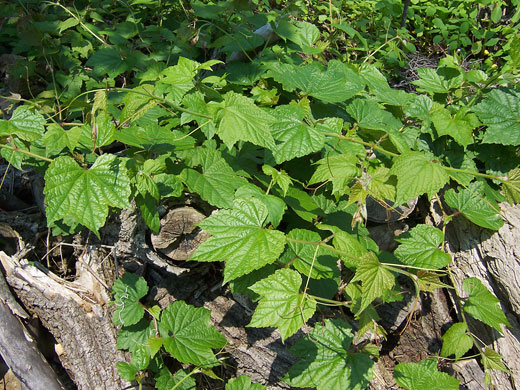 What are invasive plant species? They can be defined as species that colonize and spread beyond their natural geographic boundaries. Most of them are non-native species, brought to our landscape either unintentionally or, in some cases, with intent for use as ornamental plants or erosion control species.

What Can Be Done?

In many areas of the Island, the growth of invasive species is so dense and prevalent that efforts at eradication may be futile. However, where species are just beginning to take hold, such endeavors may pay off. If individual homeowners are interested in eliminating invasive species from their properties, the Museum can provide copies of Fact Sheets on a number of the problem species. Most of the Fact Sheets include control methods. A small changing exhibit on invasive plant species on Fishers Island will be on view this summer. The exhibit will be located near the entrance to the Museum’s Library in an area that has for the past two years featured the mosquito control program.