The origins of the Museum’s Land Trust can be traced to a meeting on August 2, 1965, when Museum President H. Lee Ferguson, Jr., known as “Lee,” proposed to the Board that vacant land be obtained as a sanctuary under auspices of the Museum. The minutes of that meeting reveal that the Board embraced this new “progressive course.” 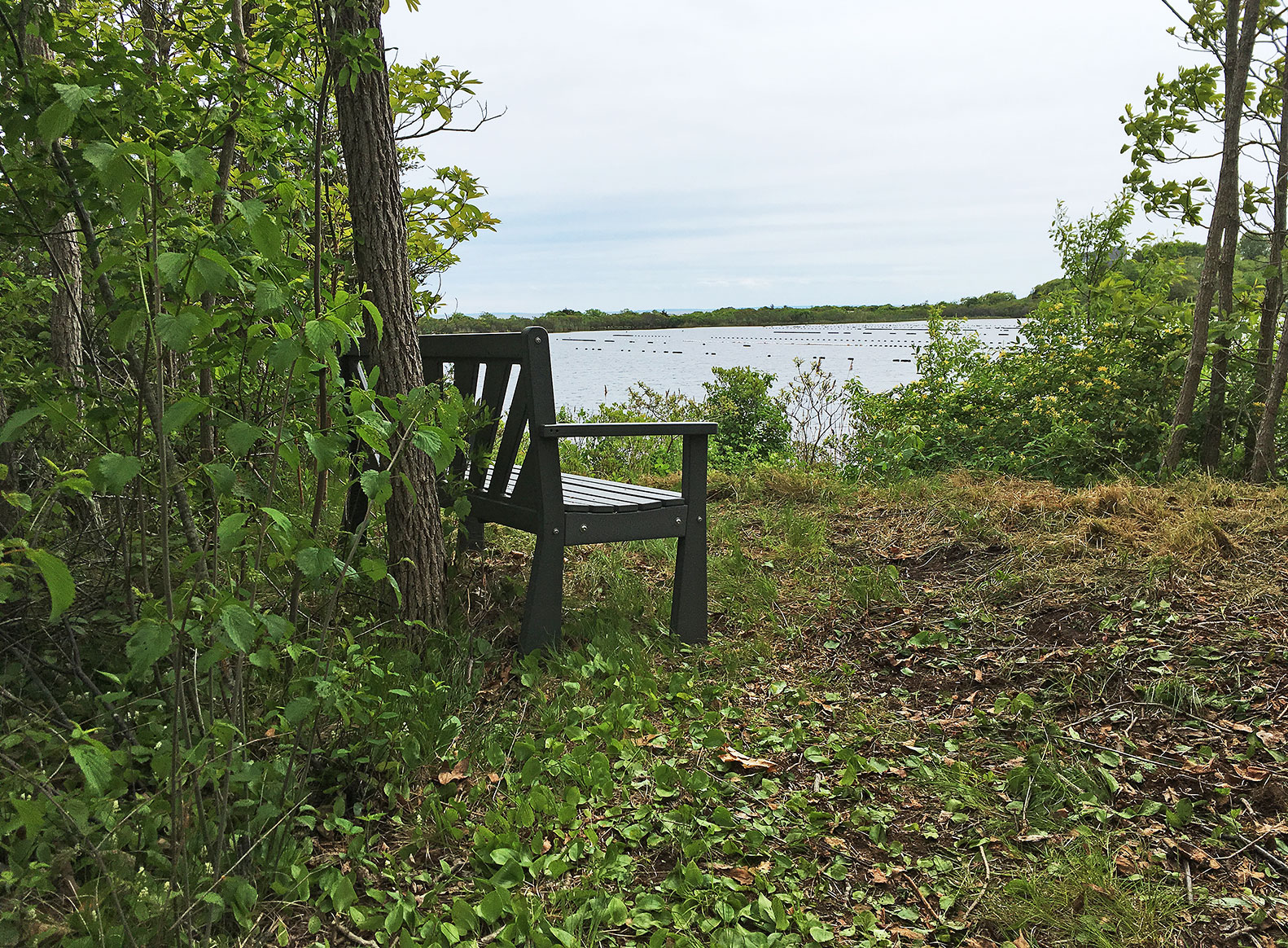 Lee Ferguson, son of H.L. Ferguson and older brother of Charles B. Ferguson, died shortly thereafter on Oct. 14, 1965. The Board subsequently researched properties on both the east and west ends of Fishers Island looking for possible sites for a bird sanctuary that would serve as a memorial for Lee Ferguson. They decided on a 3.2 acre west end site that is the current Sanctuary site behind today’s Museum. The land was purchased from the Fishers Island Utility Company for the sum of $500. Bishop Hobson conducted a dedication ceremony for the new H. Lee Ferguson, Jr. Wildlife Sanctuary on August 19, 1967. This Sanctuary was the first of the Museum’s Land Trust properties and it is a living memorial to the man who almost a half a century ago envisioned the need for wildlife sanctuaries on Fishers Island.

In 1978, the Land Trust grew exponentially when Erard A. “Matty” Matthiessen and his son Peter donated an 8-acre property on Island Pond (Oyster Pond) as a sanctuary and memorial for Elizabeth C. Matthiessen, Matty’s wife and Peter’s mother. Mrs. Matthiessen, a long-time seasonal resident of Fishers Island, was actively involved with the H.L. Ferguson Museum and loved the Island’s natural beauty and wildlife. The Betty Matthiessen Sanctuary, the first land trust property on the east end, features a trail that provides intimate views of the surrounding pond and its diverse wildlife.

In 1981, Board member Robert J. Miller proposed seeking the donation to the Museum of contiguous parcels of land in the area of Middle Farms, thereby introducing the concept of a proactive, expanding Land Trust on Fishers Island comprised of sections of integrated properties. Over the ensuing decades, numerous private land owners have generously contributed properties to the Land Trust by outright gift or easement. They have been wholeheartedly joined in these efforts by the Fishers Island Development Corporation (FIDCO) which has been by far the largest single contributor of land.

The Land Trust of the Henry L. Ferguson Museum is dedicated to the acquisition and stewardship of undeveloped property of environmental importance on Fishers Island. Any property donated to the Land Trust is legally restricted so that it will be held in perpetuity as a wildlife sanctuary. While trails are maintained over certain properties to permit the study and enjoyment of sanctuary areas, no activities are permitted that would interfere with the primary purpose of maintaining their natural habitat. Thus, motorized vehicles are not permitted in any sanctuary areas except for maintenance purposes, and site improvements or other activities which could interfere with the use of properties as wildlife sanctuary areas are prohibited.

Those interested in land conservation on Fishers Island may wish to view the large color aerial photograph on display in the Museum lobby on which properties now preserved via the Land Trust are marked. Total acreage protected from development under Land Trust auspices, either directly or through conservation easements now exceeds 350 acres, more than 13% of the Island’s land mass when you exclude the water surface area.