Digging up the past — Fishers Island Prehistory

Prehistory refers to those long ago times for which there are no written records, when artifacts, the physical remains of human occupation — stone tools, or pots, or even fish bones — are the only clues there are to past cultures and lifestyles.

Archaeology, the scientific recovery and analysis of those clues, has helped solve some of the mysteries surrounding Fishers Island’s earliest inhabitants. Who were they? When did they come? Why did they come? What did they do here?

Archaeological evidence indicates Fishers Island has been the scene of human occupation for at least 8,000 years. This occupation began with Native American hunters and gatherers who visited the Island periodically for many centuries before John Winthrop, Jr. assumed ownership in the mid-1640’s. Many of the prehistoric Native American sites that have been investigated on the Island were relatively small seasonal campsites, occupied briefly and sometimes repeatedly over the years by Indian families or small bands of families. At one site archaeologists found evidence of year-round habitation. Other sites were shell heaps, fishing stations, inland hunting camps, or even workshops where quartz beach rocks were made into stone tools. 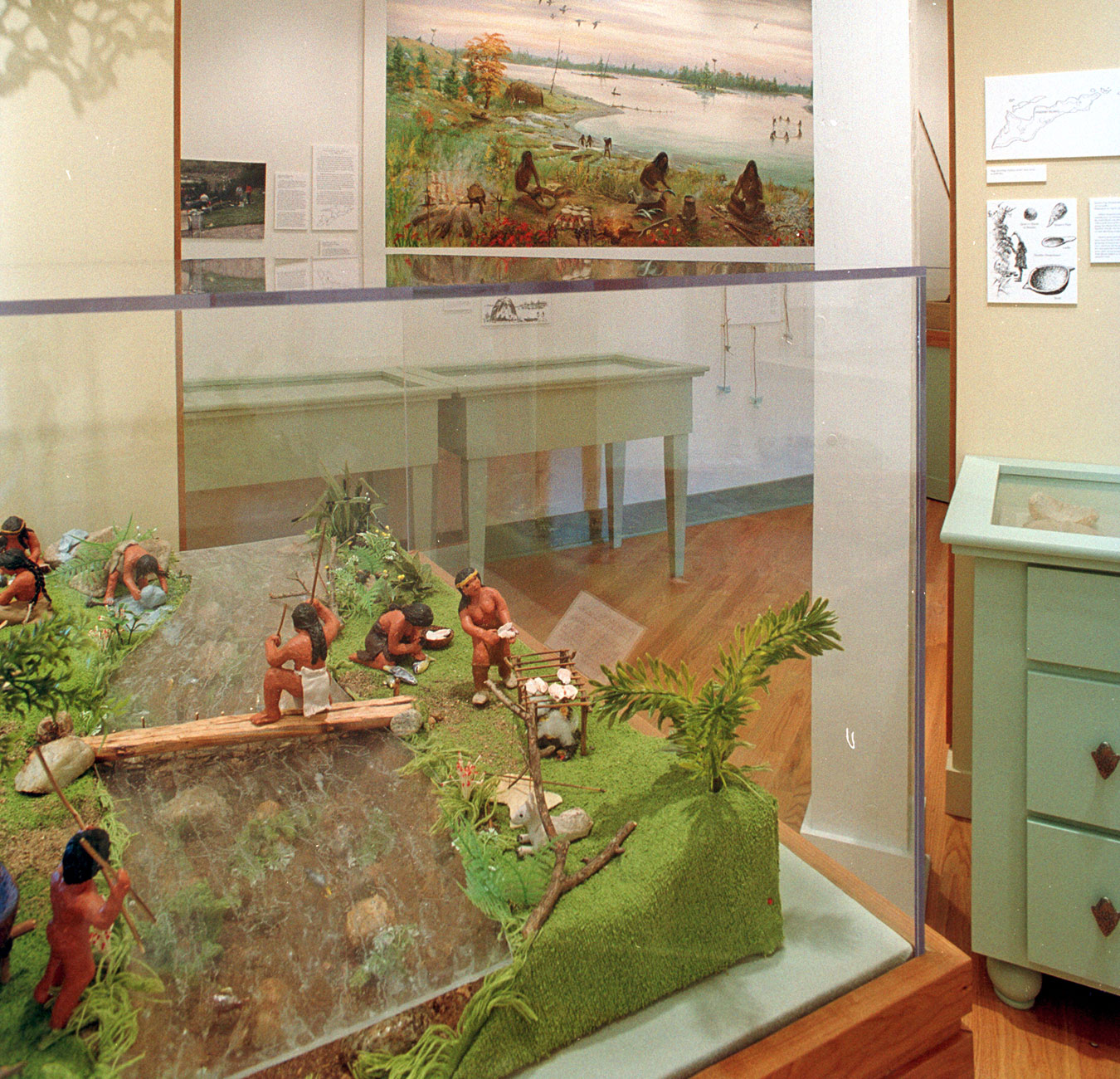 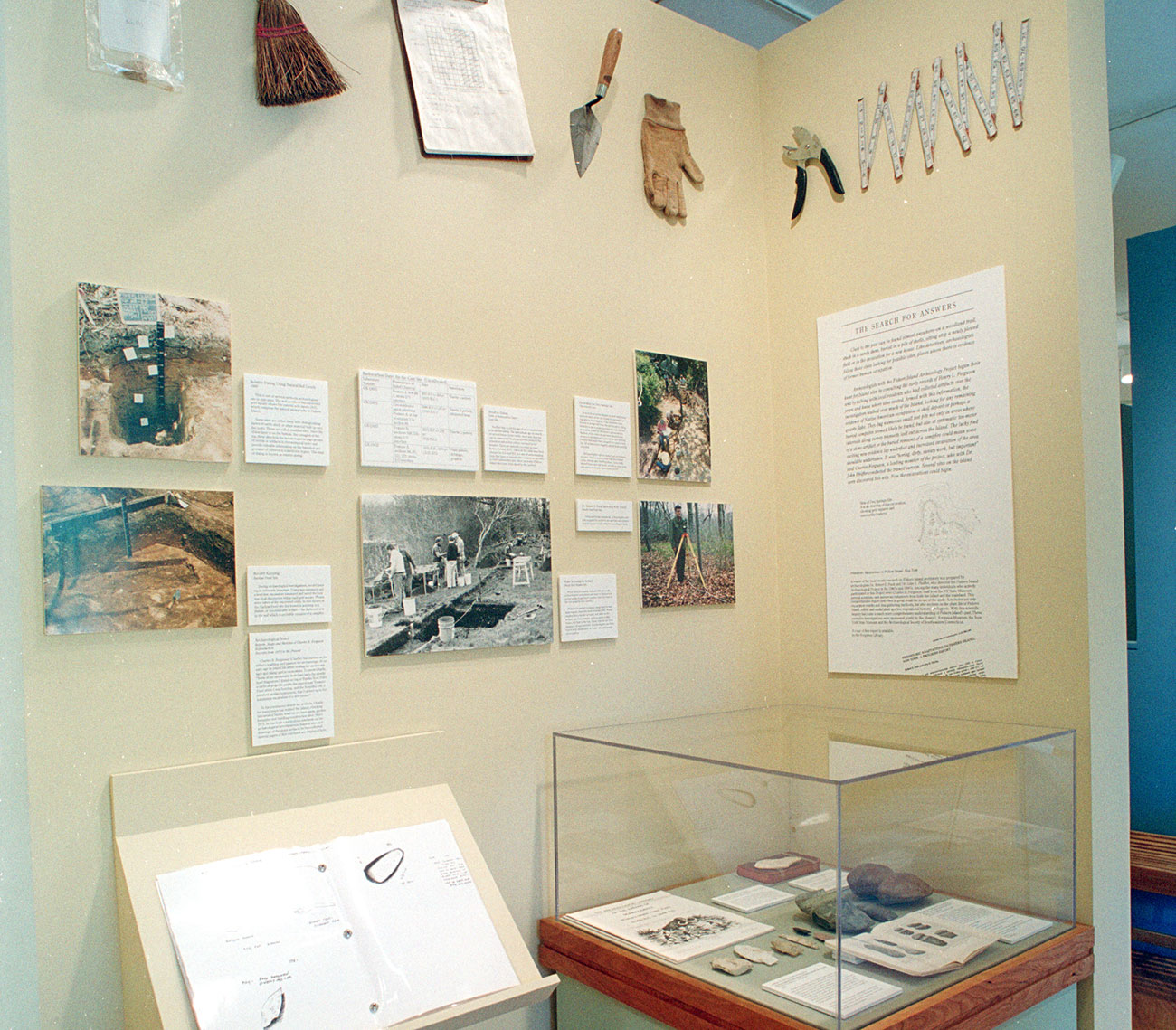 The Charles B. Ferguson Archaeology Gallery of the Henry L. Ferguson Museum presents current knowledge about these Native people. It is the result of extensive research done by archaeologists—both amateur and professional–as well as geologists, biologists, botanists and historians.

Pioneering investigations into Fishers Island prehistory were begun in the early twentieth century by Henry L. Ferguson and his friends Harold J. Baker, Blair S. Williams, and William Shirley Fulton. In 1935, Mr. Ferguson published a summary report of their findings for the Museum of the American Indian, Heye Foundation, N.Y., of which he was a trustee. His report was titled: “Archeological Exploration of Fishers Island, New York.”

Charles B. Ferguson, H.L. Ferguson’s son, inherited his father’s passion for archaeology, a tradition that he, in turn, passed on to his daughter, Marion F. “Marnie” Briggs. Her 1976 Masters Thesis on “The Prehistory of Fishers Island, N.Y.” applied modern techniques to the analysis and interpetation of Fishers Island’s prehistory. 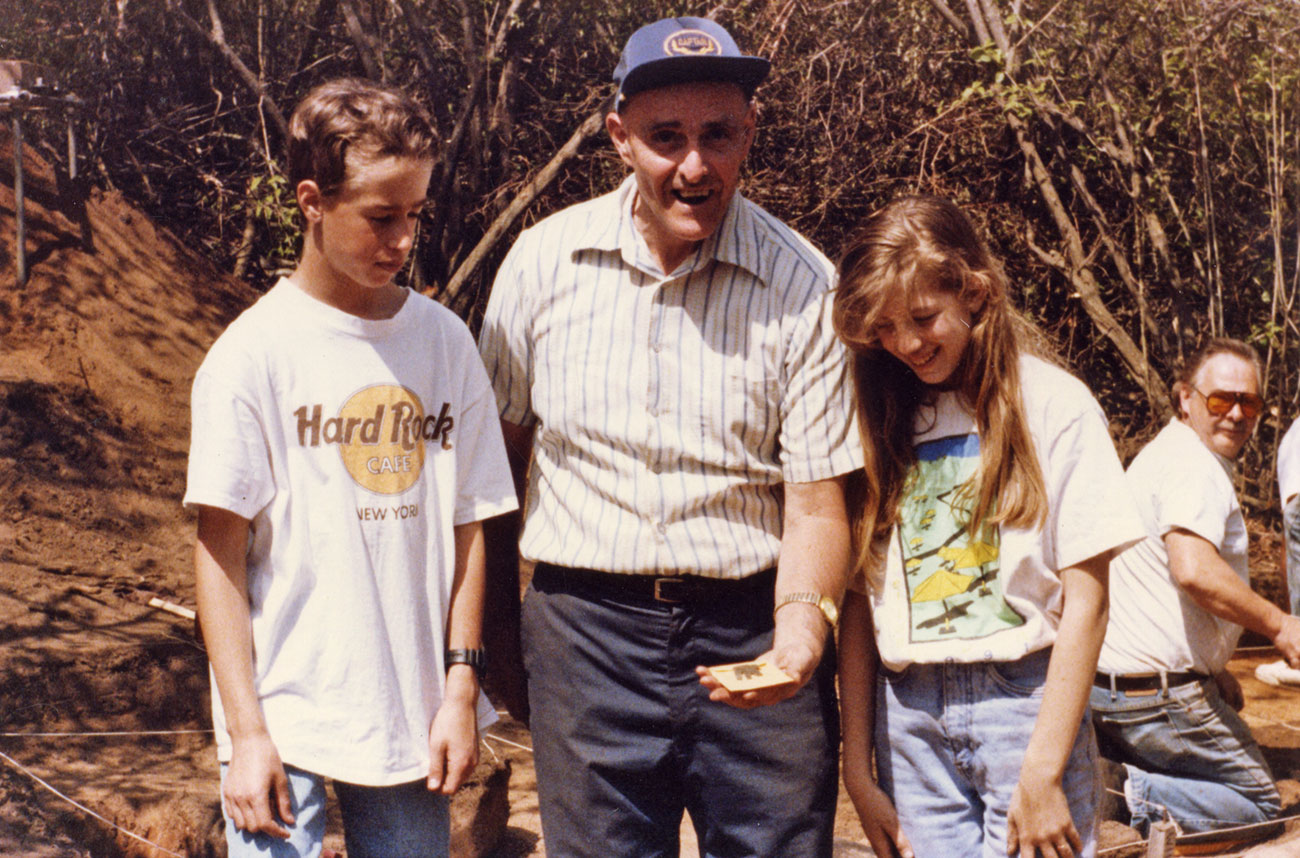 The Archaeology Gallery was curated by Mrs. Elizabeth H. Cook, vice-president of The Henry L. Ferguson Museum. The featured mural in the Gallery that shows West Harbor circa A.D. 1000 was painted by the late Charles B. Ferguson, who served as president of the Museum from 1978 to 2003. 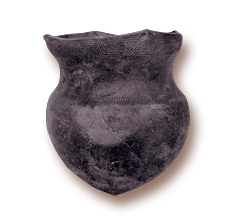