Lee Ferguson was the oldest son of Henry L. Ferguson, for whom the Museum is named. He was a fine naturalist and became the first curator of the Museum when it opened in temporary quarters in 1960. Lee lived and worked on the Island until his untimely death in 1965 at the age of 50. After his death, a group of Lee’s friends acquired the four acres upon which the Museum now stands and designated them as a wildlife sanctuary bearing his name. In 1972, the Henry L. Ferguson Museum moved into new quarters built on this land. The Museum eventually outgrew that structure and a new building, our current home, opened on the site in July 2003.

In close proximity to the center of the village, the property contains a dense shrub understory and a man-made pond, both of which attract a variety of bird and aquatic life. Barred owls can be seen or heard year-round in the Sanctuary. They occasionally eat their prey while perched in the rafters of the gazebo at the rear of the Museum and leave pellets scattered below. Green Frogs, Eastern Painted Turtles and Common Snapping Turtles are pond dwellers frequently observed by Sanctuary visitors.

One can enter the Sanctuary either by the steps on West Street marked by a sign, or by way of the stone steps that descend from behind the Museum’s parking lot. As you walk downhill toward the pond, note the tall Cinnamon Ferns that line the path. A short stroll on the path around the pond brings you past a stone sculpture of a Heron (often decorated with amulets left by children), through the dense understory, past an intricately rooted Red Maple tree, to an open grove of White Birches.

Here you can find tranquility in the middle of town. 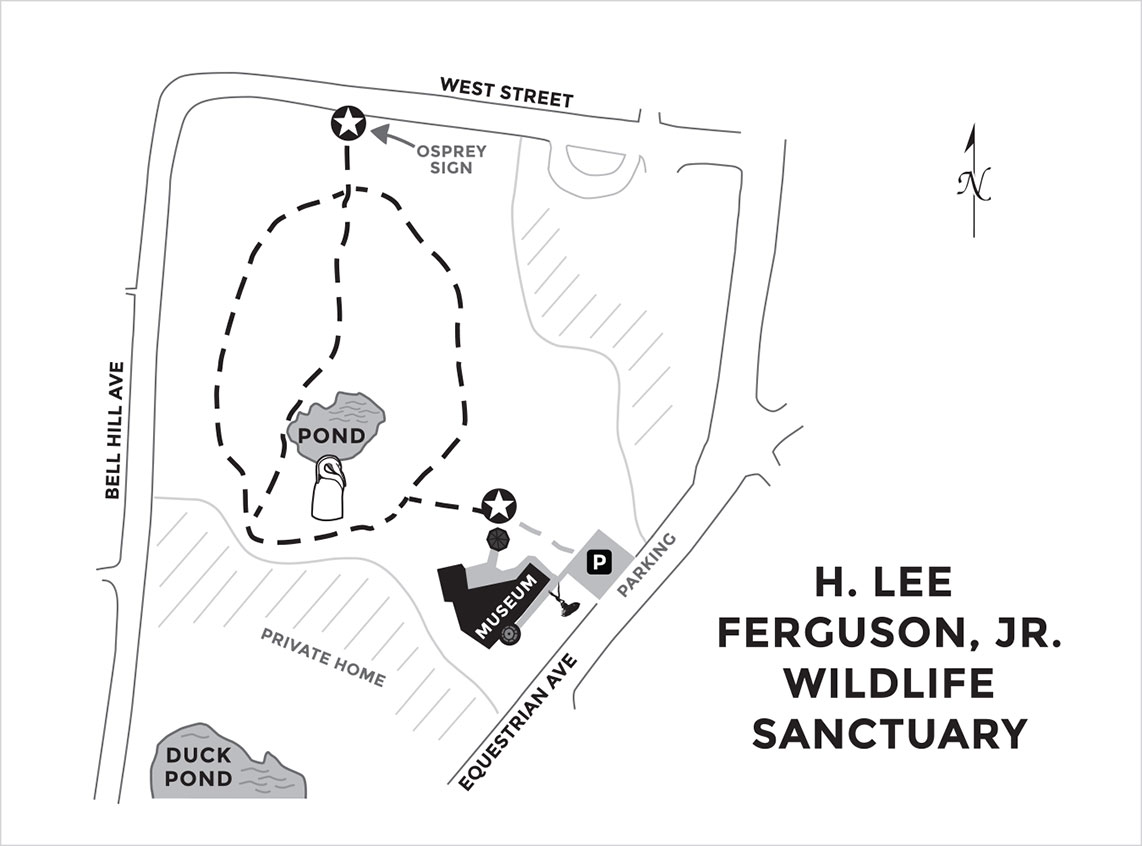 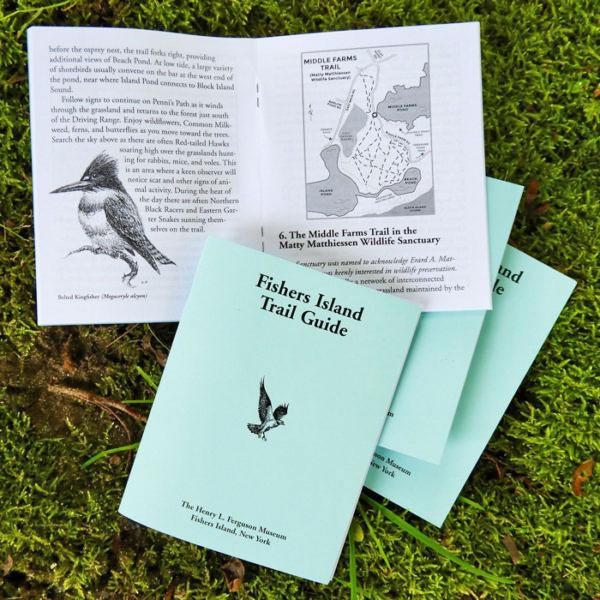 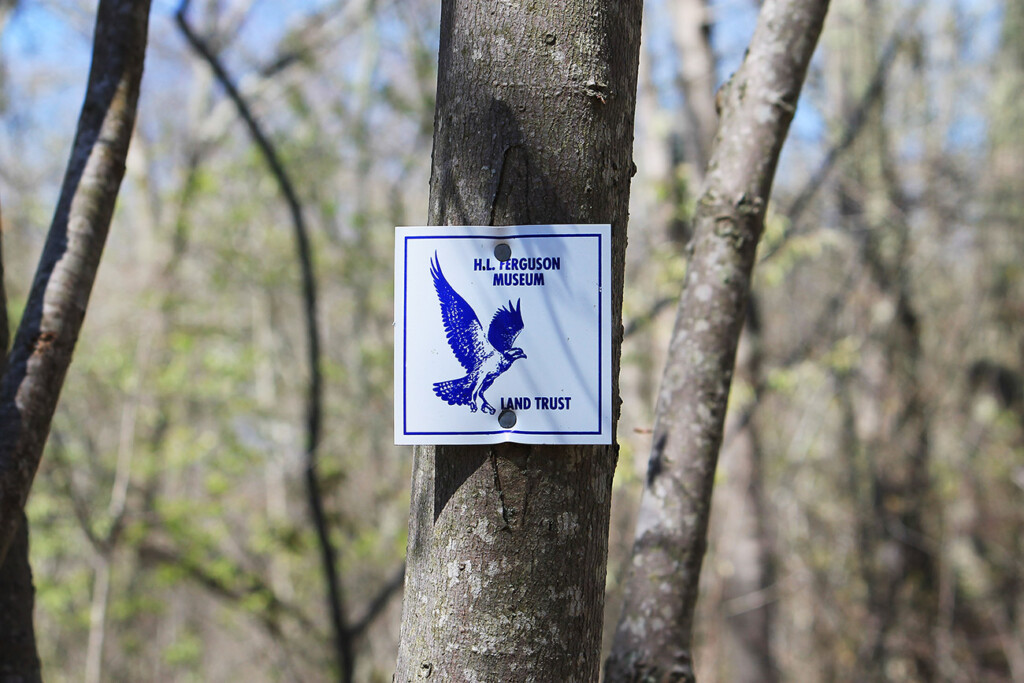 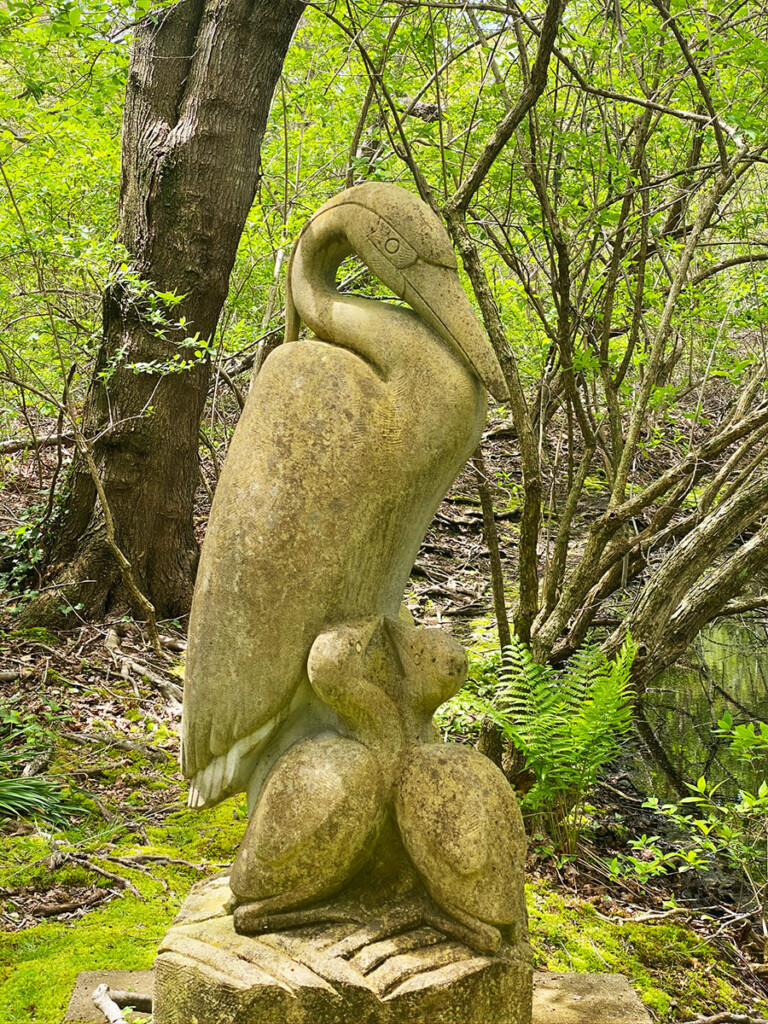