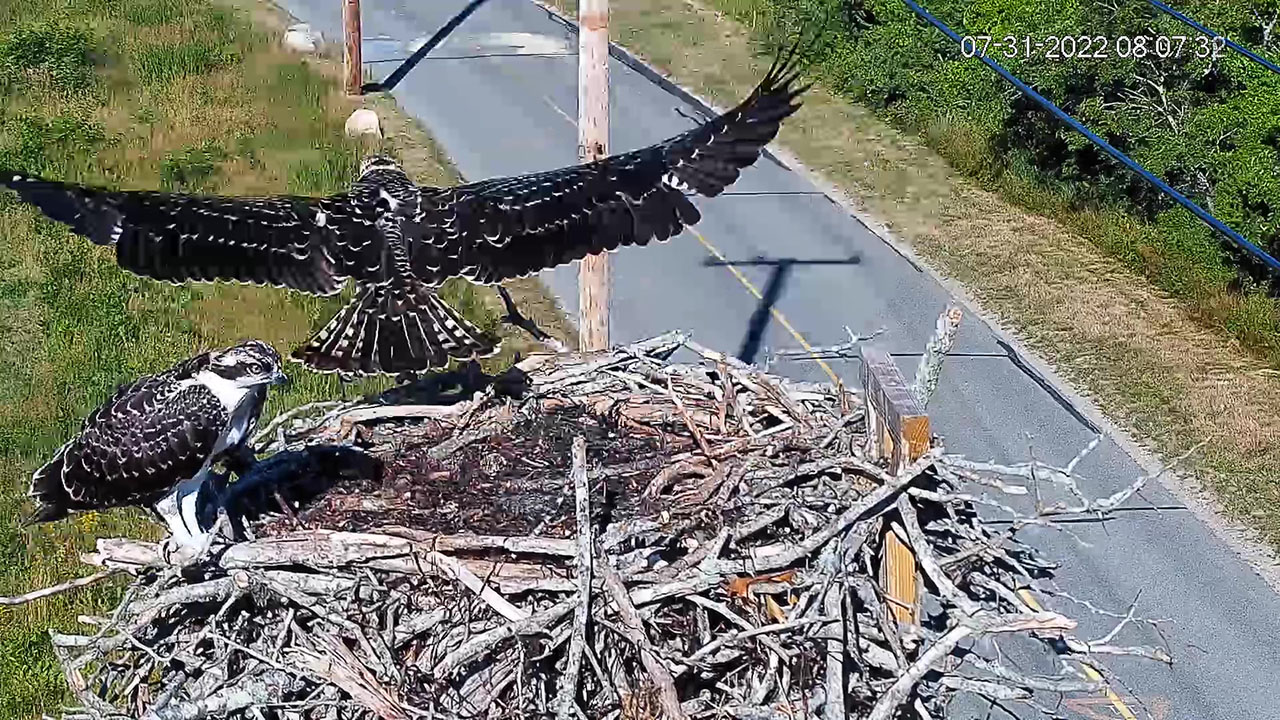 The video clips below captured events before, during and after the first flights, beginning with three pre-flight clips from the day prior to leaving the nest, then first flights by both osprey, and nest activities after these milestones in osprey life.

PRE-FLIGHT TEST (1) JULY 30, 2022 – Just after 3 pm, both juveniles were on the nest with their mother who left after the wing flapping starts. It is unknown if she is simply leaving or trying to encourage flight by showing how it’s done.

PRE-FLIGHT TEST (3) JULY 30, 2022 – Around 8:30 pm the other young osprey takes a turn at exercising its wings and wacks its sibling several times.

FIRST FLIGHT JULY 31, 2022 One of the young osprey leaves the nest for the first time. The sibling watches it circle over head before it eventually lands on the nearby telephone pole (as seen in the shadow). NOTE: around 8:13 it appears from the camera shake that one of the adults lands on the camera pole.

FIRST RETURN TO THE NEST JULY 31, 2022 – Mid afternoon, one of the juvenile osprey returns to the nest.

OSPREY RETURN TO NEST TO FEED ON JULY 31, 2022 Around 5:30 pm an adult osprey returns to the empty nest with fish. Soon after, another osprey lands on the camera pole and begins to squawk, then one of the juvenile osprey returns. A few minutes later the sibling crash-lands onto the nest.

DOWN TIME BACK AT THE NEST JULY 31, 2022 – This clip from just after 8 pm shows both juvenile osprey resting after the events of the day.