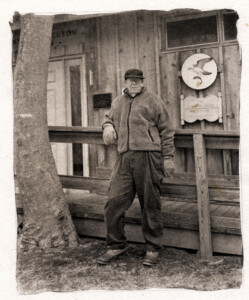 From early on I have had an interest in plant life. As a boy, I spent time during the summers pulling unwanted plants from the corn fields on my grandfather’s farm and gathering hay from the hay lots (commonly called “haying-it”). But it was much more exciting to look for and find spring wildflowers such as hepatica, trillium, jack-in-the-pulpit, and others growing on the wooded hillsides of western New York State. It was a ritual of springtime to gather leeks from the same hillsides and cowslips from the swamps, now called the wetlands. During the summer I gathered strawberries, raspberries and blackberries. In the fall, butternuts were gathered and stored in the attic. In late winter sap was collected from the sugar maples and evaporated over an outdoor fire into maple syrup.

In 1951, I came to Fishers Island to teach in the school. On a summer day I made a visit to one of my neighbors, Charles Hanmer. He had lived on the Island during summers from early in the 1900s and had collected plants from that time on. In 1935, Charles Hanmer compiled a list of plants that he had collected on Fishers Island, and in 1940 the list was published in Torreya, the botanical journal of the Torrey Botanical Club.

In the introduction to his article, Hanmer had this to say about his plant inventory: “The list contains about five hundred species, and I feel that it is fairly complete, although I am sure that more species will be added from time to time. Since 1926, a number of species have become very rare, or have disappeared entirely from the Island’s flora. This refers largely to swamp plants, which could not survive the severe draining, with the resultant growth of briars and small trees. Much credit is due to my friend, Mr. Charles A. Weatherby, Senior Curator of the Gray Herbarium, Cambridge, Massachusetts, for his careful determination of the species unknown to me.”

Following the publication of Hanmer’s list in 1940 until 1999, a period of 59 years, significant changes have occurred on Fishers Island. The Hurricane of 1938 had a significant impact upon the Island’s ecology, and a considerable amount of development has taken place. The plant life has also changed, some species have been lost but many others have been gained. Among those lost were orchids such as the Grass Pink (Calopogon tuberosus), Green Woodland Orchid (Platanthera clavellata) and Rose Pogonia (Pogonia ophioglossoides). Many other species have also disappeared from the Island, including Seaside Crowfoot (Ranunculus cymbalaria), Choke-cherry (Prunus virginiana), Bird’s-foot Violet (Viola pedata), Large Cranberry (Vaccinium macrocarpon), New England Aster (Aster novae-angliae), Sickle-leaved Golden Aster (Pityopsis falcata), and others. Some twenty years ago I observed the last cranberry growing on the Island; the other species must have gone before my arrival.

Other plants previously reported by Hanmer to be plentiful have been reduced to just a few individuals. One of these plants is the Wood Lily (Lilium philadelphicum) which was reported by Hanmer to be abundant in the open Fort Meadows; currently, I know of only two plants from the site, both flowering in July. Frostweed (Helianthemum canadense) was reported to be common throughout the Island; at the present time I know of only two locations where only a very few plants can be found. Wild Strawberry (Fragaria virginiana) was picked in large quantities in the Fort Meadow as related to me by Ann Wall who was one of the pickers. This plant is still found growing along the highway but in very small numbers, I could never find enough for a strawberry shortcake. Another plant Hanmer found to be common was the Carrion Flower (Smilax herbacea), but I have found it on only two or three occasions.

During the past century, many more plant species have been added to the flora of Fishers Island than lost. One species that is now abundant along roadsides and elsewhere is Oriental Bittersweet (Celastrus orbiculata). This species was not reported from the Island by Hanmer although the native bittersweet (C. scandens) was listed as common. Today, one is hard pressed to find C. scandens on Fishers Island. Another invasive plant, the Japanese Honeysuckle (Lonicera japonica), was already listed as being very common and well established, and in 1999 it is even more thoroughly entrenched on the Island. Hanmer listed Wild Black Cherry (Prunus serotina) as the most common tree and today it retains that designation. But today’s cherry trees are not the tall trees seen in the forests of western New York, they are shorter, spread out and have many viral growths.

During my years of botanizing on Fishers Island, each time that I found a plant new to me I went to Hanmer’s list. I once found, near the edge of a pond, a goldenrod which I determined to be Elliott’s Goldenrod (Solidago elliottii). I checked the list and found that Hanmer had not previously reported it. Later Bob Zaremba verified the identification. Near the same pond I found Slender Blue Flag (Iris prismatica) which Hanmer listed as occasional; today, there are only two stations of it at the Airport Field (formerly known as the Fort Meadow).

Among the rocks on the beaches is found the Silverweed (Potentilla anserina subsp. pacifica) which was listed by Hanmer as “common on sea beaches” and it still is. Another beach plant formerly listed as common is Beach Plum (Prunus maritima) but it is much less common today. I have read reports of both purple and yellow fruited individuals, but I have never seen the yellow fruited one. On a late summer day I found on
a drying pond a sedge with red roots, Cyperus erythrorhizos; I later found it at a second pond in late summer. Another plant found near a pond close to the shore was the rare Golden Dock (Rumex maritimus var. fueginus). I am quite sure that these last two plants were not on the Island in Hanmer’s time or he would have found them. A goldenrod found at only one location on the Island is Showy Goldenrod (Solidago speciosa); it also is not on Hanmer’s list. Another goldenrod, Silver-rod (S. bicolor) has been found but once as has yet another, the Sweet Goldenrod (S. odora).

On 11 July 1985, Bob Zaremba visited Fishers Island and for two days he and I looked for rare plants. I shared with him all of my earlier discoveries and together we added several new species to the Island’s flora. Among the plants that were new to me were three species of Spikerush (Eleocharis obtusa, E. olivaceae, E. parvula), Winged Sedge (Carex alata), Bicknell’s Frostweed (Helianthemum bicknellii) and Poison Sumac (Toxicodendron
vernix).

In May 1990, we began work on the new flora. Gordon became a frequent summer guest at our home and we would spend long hours collecting plants in the fields. We were most fortunate that Charles Hanmer had published his study for it was to be our initial guide. Gordon also was aware of other botanists who had visited the Island and was familiar with their plant collections in various herbaria. Among those botanists were Harold St. John, Bill Link, Alexander W. Evans, and others. As of 1998 we had found over 800 species of plants on Fishers Island, a very significant increase compared to the 500 some species reported by Hanmer.

In 1993, we submitted a report to the Suffolk County Department of Health and the Fishers Island Conservancy, entitled: Fishers Island Water Supply and Water Shed Study: Ecological Component. In the report, we commented on a remarkable number of rare plants occurring on Fishers Island. The following list appeared as Table 2 in our report:

Endangered, Threatened, and Rare Plants in the Watershed Area of Fishers Island, N.Y.

There was one certain plant that was our Holy Grail. From the beginning of our study we searched for it. Charles Hanmer had found it and had listed it as common along the sea beaches. We checked most of the beaches where we thought it might be. We found its near relative, a plant very similar in general appearance, but the one that we were looking for continued to elude us. During one of Gordon’s visits in 1996, we looked for it on the east end of the Island across the Sound from Stonington, Connecticut. Gordon had learned that in 1885 William Setchell of Stonington had found the plant on Fishers Island and Gordon figured that it might have occurred on an east end beach. We did not find it.

In 1997, Gordon returned to the Island and we did a study for a proposed bicycle path. On the early evening of July 31, while Katherine and I prepared dinner Gordon took a short walk. A short while later he returned and exclaimed, “I found it, I found Ligusticum scothicum!” [Scotch Lovage]. He had found it at the foot of a north facing bank near a spring, along the upper shore of a beach deep in Hay Harbor. It was a cool spot. It was not more than ¼ mile from my home and just where it should be. Gordon’s last visit was on 4-7 August 1998. Hanmer had said that he was sure that more species would be added to the flora from time to time. We added two more. One was the American Hazelnut, the other was an unidentified aster possibly in the divaricatus group; we plan to send a specimen to Eric Lamont for identification.

So what have we learned from studying the past and present flora of Fishers Island over a 100 year period? We have observed that the plant life of Fishers Island is dynamic, populations come and go, they increase and decrease in size from year to year. Natural forces such as hurricanes and northeasters,  droughts and flooding, insect infestations, etc., can significantly alter the physical structure of ecosystems resulting in opportunities for plants to colonize new sites, and conversely, resulting in the loss of habitat for other species. But by far, the greatest single impact upon the plant life of Fishers Island during the past 100 years has been man. The irreversible destruction of habitat due to development and the alteration of natural wetland systems has resulted in significant changes in the Island’s flora. Fortunately, outstanding examples of natural communities still remain on Fishers Island. About 45 species of rare, endangered, and threatened vascular plants occur on the Island, making this site one of New York State’s most significant botanical hot-spots.

To complement and update the prior inventories assembled by botanists like Charles Hanmer, Ed Horning and Gordon Tucker, the HLFM undertook earlier this year to contract scientists from the Natural Heritage Program of the NYS DEC to conduct a rare plant survey on Fishers Island along with additional biodiversity inventories. Unfortunately, the Covid-19 outbreak forced us to delay our plans. Should any HLFM members wish to help fund this important project when we are next able to undertake it, please phone or email HLFM Director Pierce Rafferty at the Museum: 631-788-7239, or fimuseum@fishersisland.net. The range of floral and faunal inventories conducted will depend on the degree of support we receive from our members for this important project. 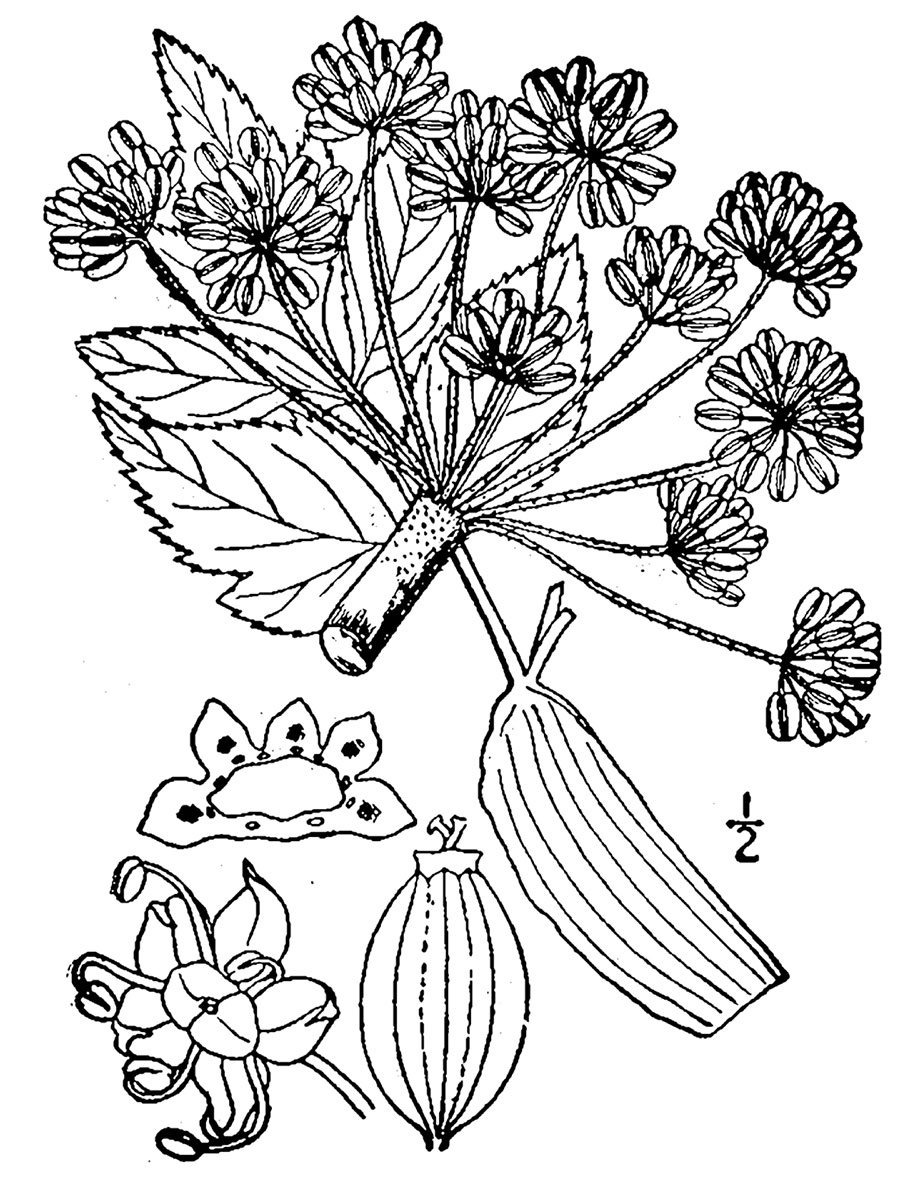 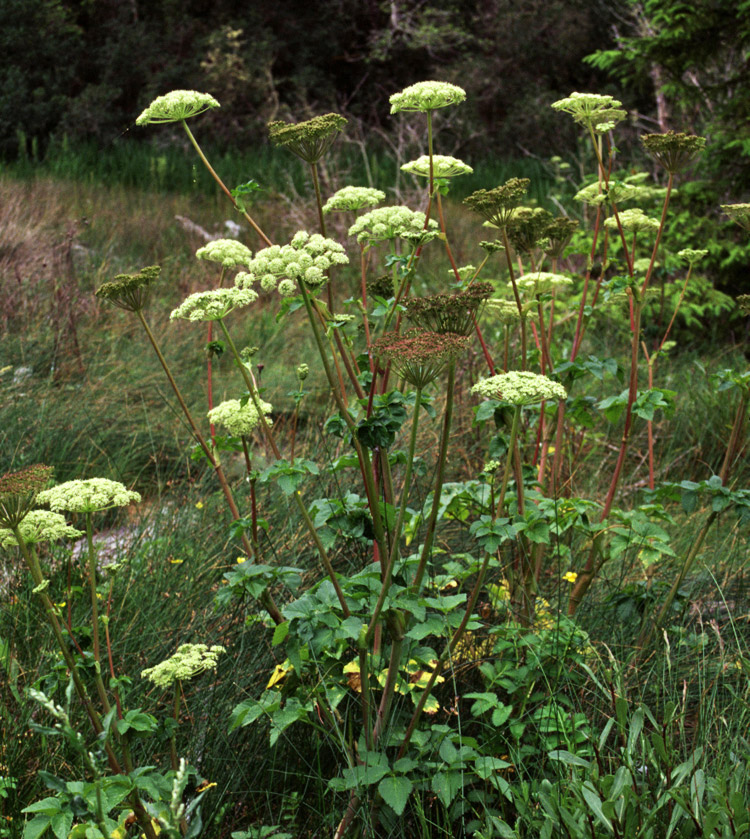 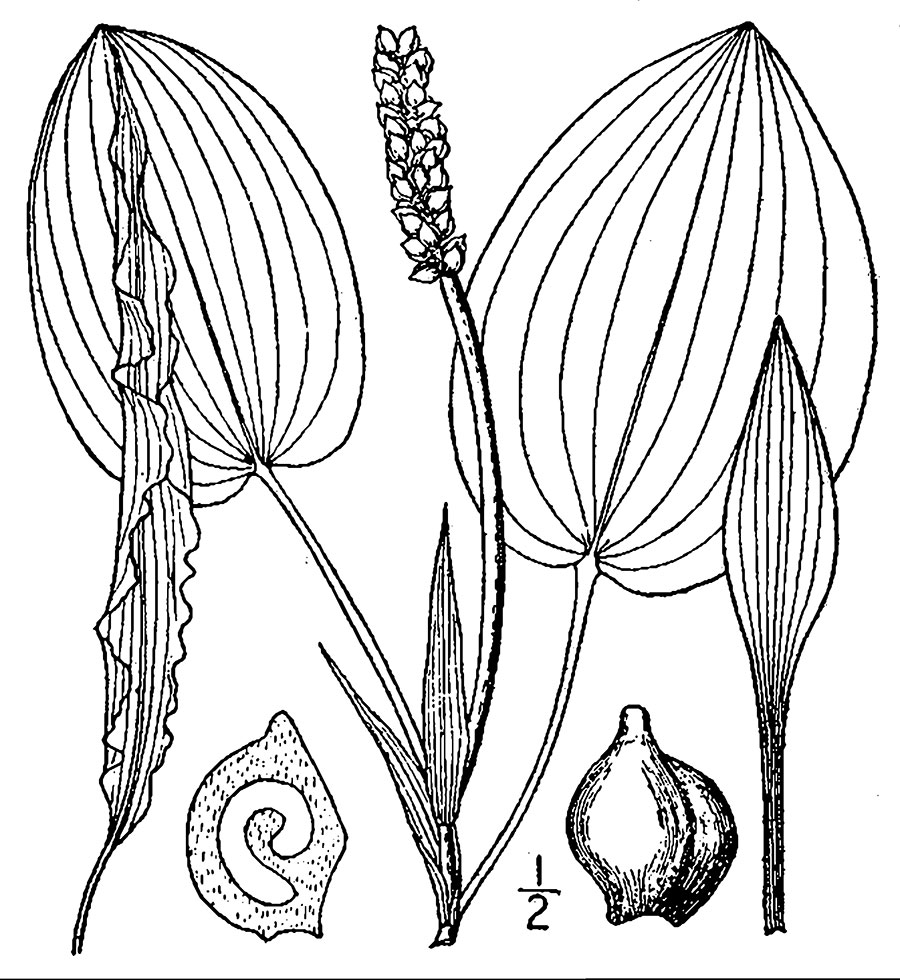 Spotted Pondweed (Potamogeton pulcher). USDA-NRCS PLANTS Database. Britton, N.L., and A. Brown, 1913. This rare and endangered plant was in the watershed area on F.I. when Horning and Tucker conducted their inventory in 1993. Is it still extant on Fishers Island? Only a new inventory will answer that question. 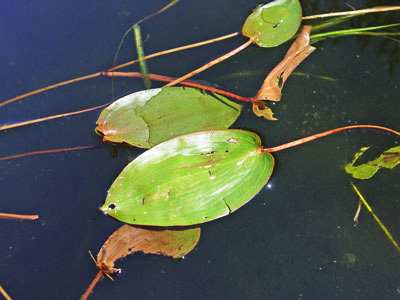