From the Files of the Museum: 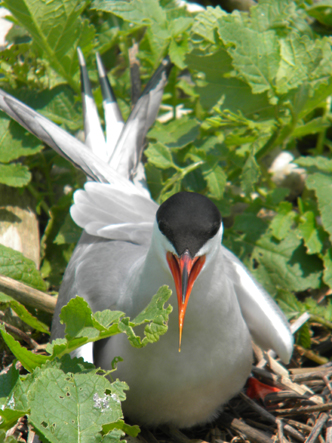 At the turn of the last century, Fishers Island, along with the adjacent islands of Wicopesset and Flat Hammock, supported large numbers of nesting terns, whereas today we host none. In the January 1901 issue of the The Auk, Mr. James Haynes Hill of New London, a member of the American Ornithologists’ Union and the Fishers Island Sportsmen’s Club, reviewed the status of terns on and around Fishers Island, NY. His report, reprinted here in full, was part of a larger article by William Dutcher on the protection of gulls and terns in the region.

Please note that the establishment of coast defense forts on Great Gull and Plum islands during this period displaced established tern colonies on those sites and was partially responsible for the growth in nesting terns on our shores. Please note also that before being severely eroded by the 1938 Hurricane and other storms, neighboring Wicopesset Island had considerably more land mass.