South Beach was the social beach on Fishers Island during the pre-automobile era when the island’s east end beaches were relatively difficult to reach by horse and buggy. A band from the Mansion House Hotel played for beach-goers at South Beach on a daily basis for several years during this period.

The U.S. government actively negotiated with the Fergusons to purchase South Beach as part of its acquisition of land on the western tip of Fishers Island for fortification purposes. The military authorities feared infiltration by civilian undesirables into the fort area. The Fergusons held firm and the section of the beach near the golf course remained under Ferguson control.

The Fishers Island Golf Club, a precursor club to the Hay Harbor Club, opened their new clubhouse near the bathhouses and cabanas at South Beach.

After suffering damage in storms, the clubhouse was moved inland to the site that the Hay Harbor Club’s golf clubhouse occupies today. 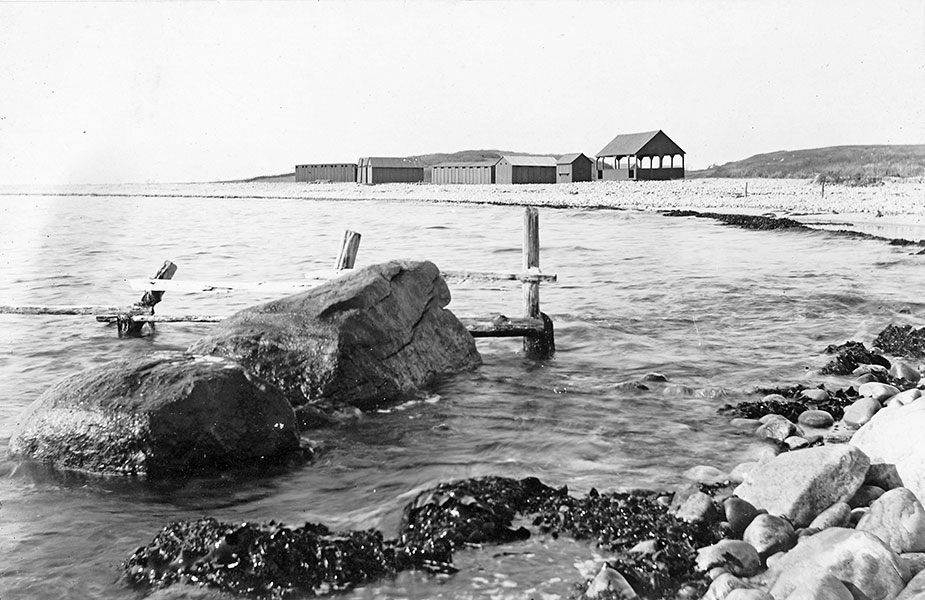 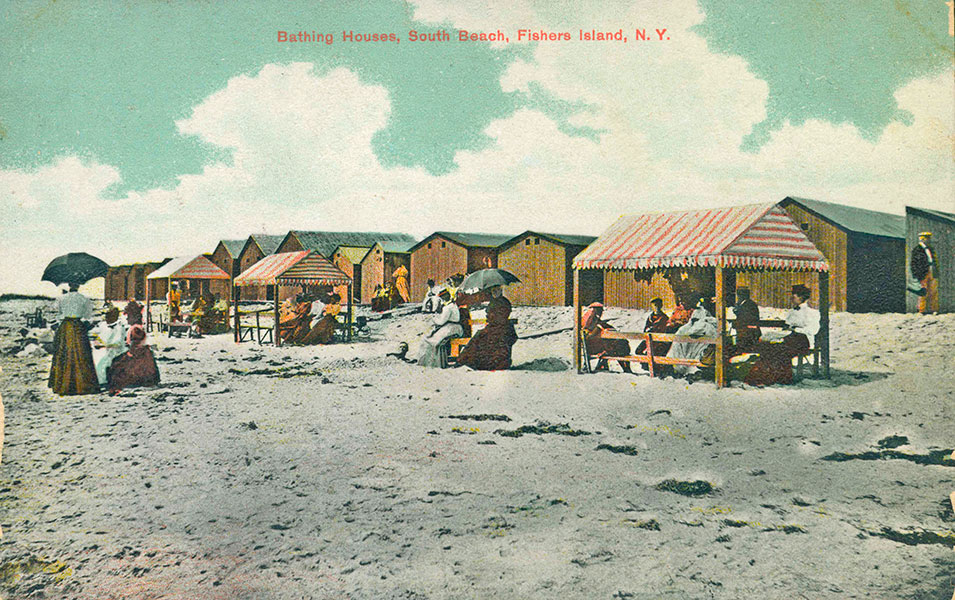 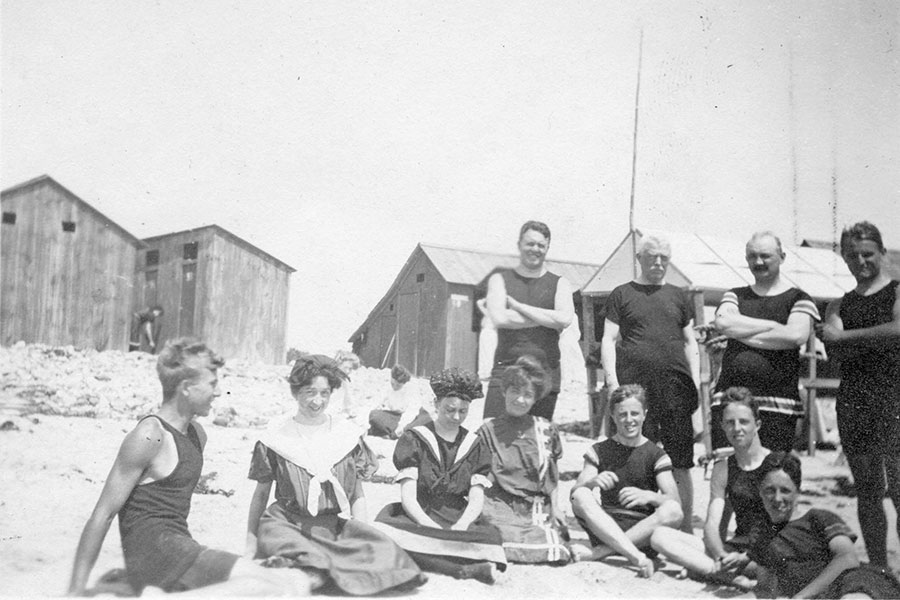 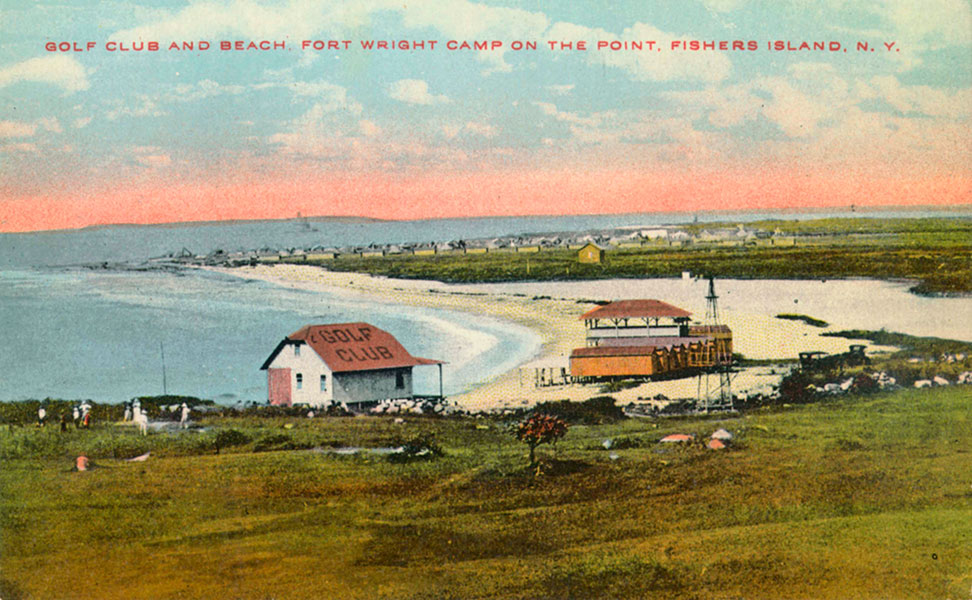 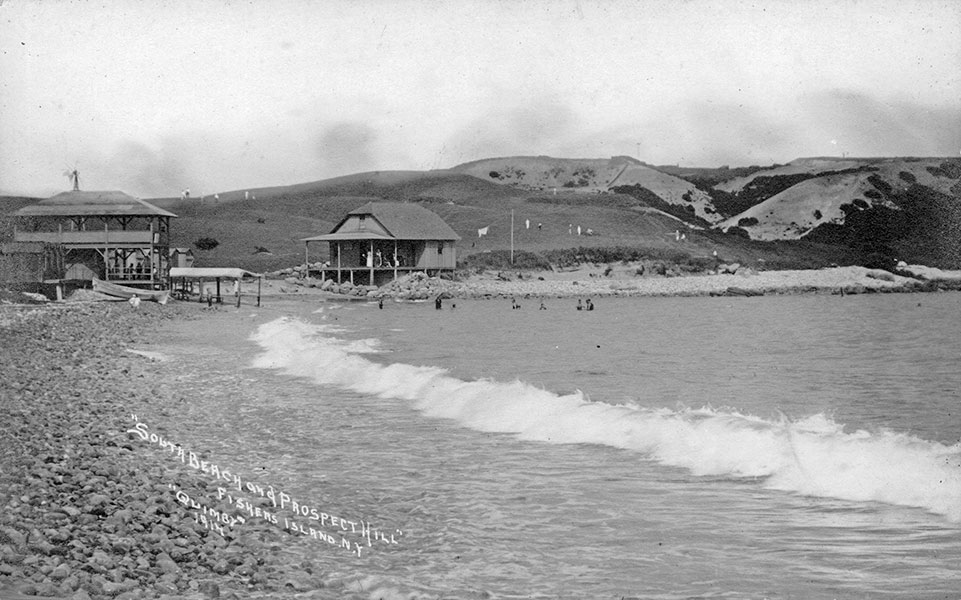