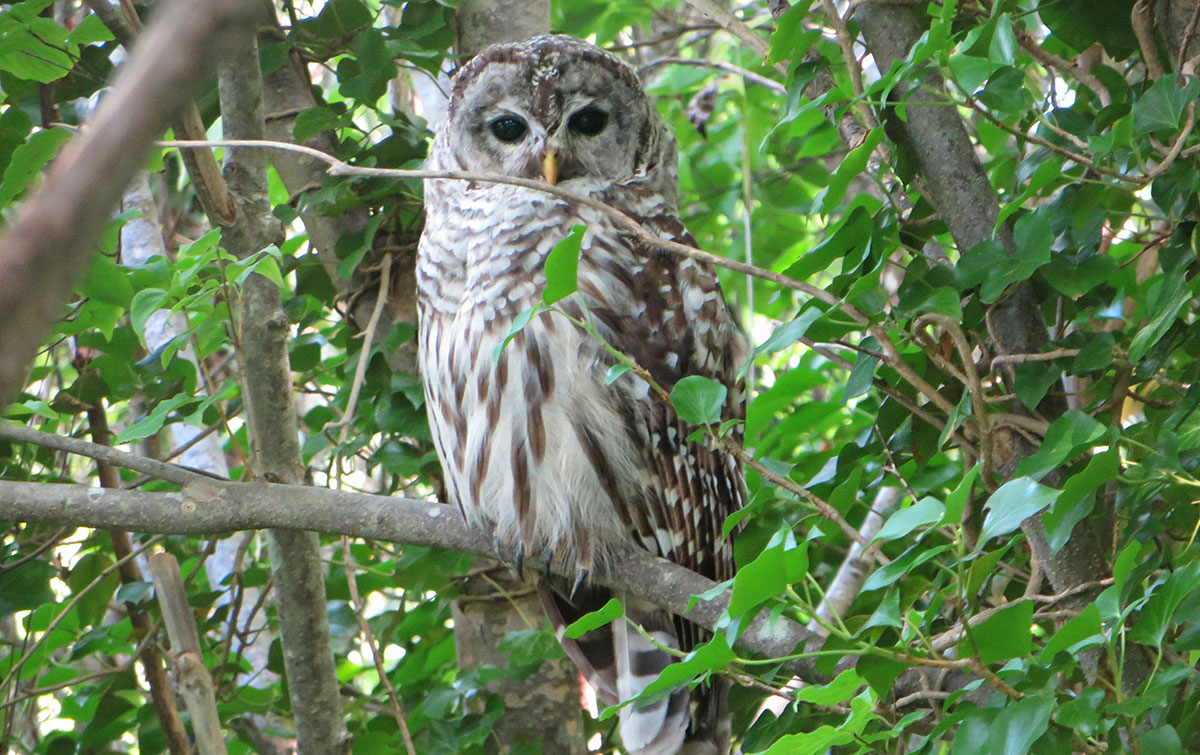 There are more Barred Owls on Fishers Island than any other species of owl. Their considerable numbers indicate they have found an ample supply of prey here. “Barred owls eat many kinds of small animals, including squirrels, chipmunks, mice, voles, rabbits, birds (up to the size of grouse), amphibians, reptiles, and invertebrates. They hunt by sitting and waiting on an elevated perch, while scanning all around for prey with their sharp eyes and ears.” Quote from Cornell Lab of Ornithology’s website, allaboutbirds.org. 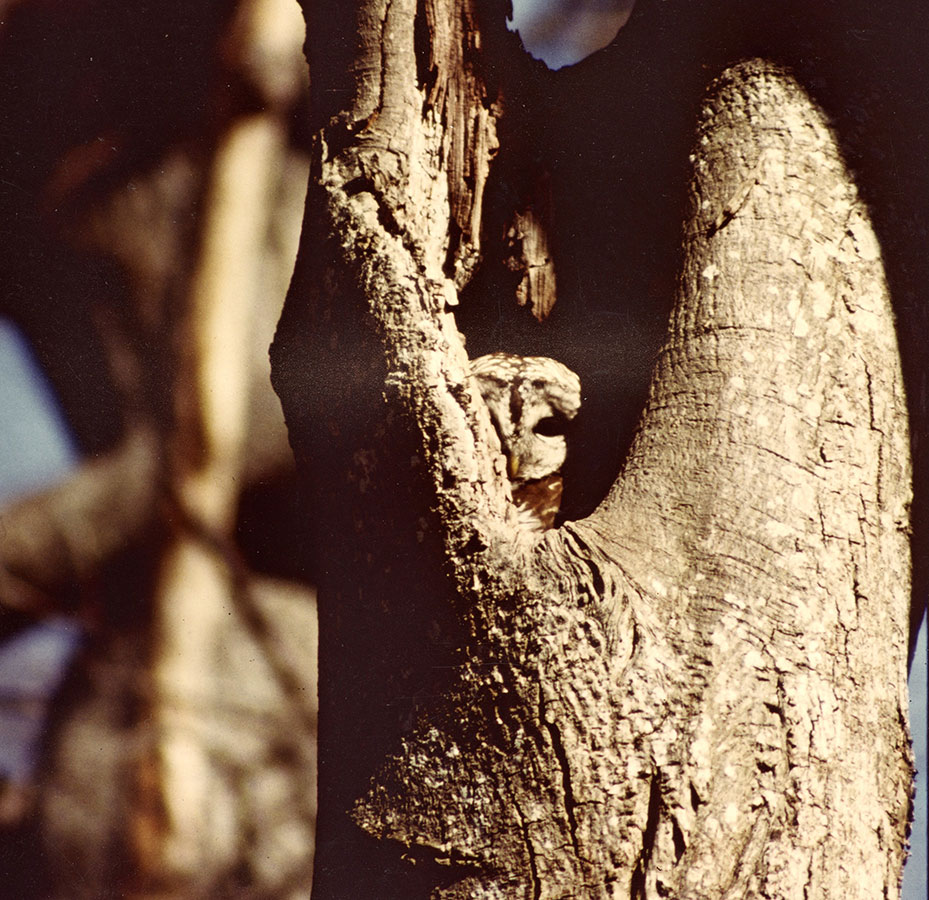 “Barred Owls live year-round in mixed forests of large trees, often near water. They tend to occur in large, unfragmented blocks of mature forest, possibly because old woodlands support a higher diversity of prey and are more likely to have large cavities suitable for nesting.” Quote from Cornell Lab of Ornithology’s website, allaboutbirds.org. 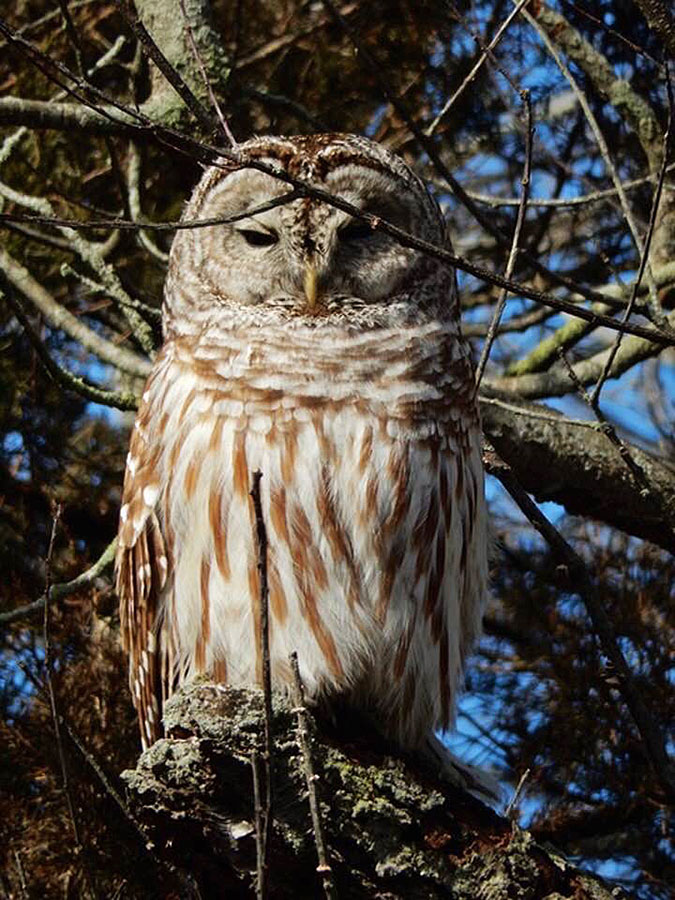 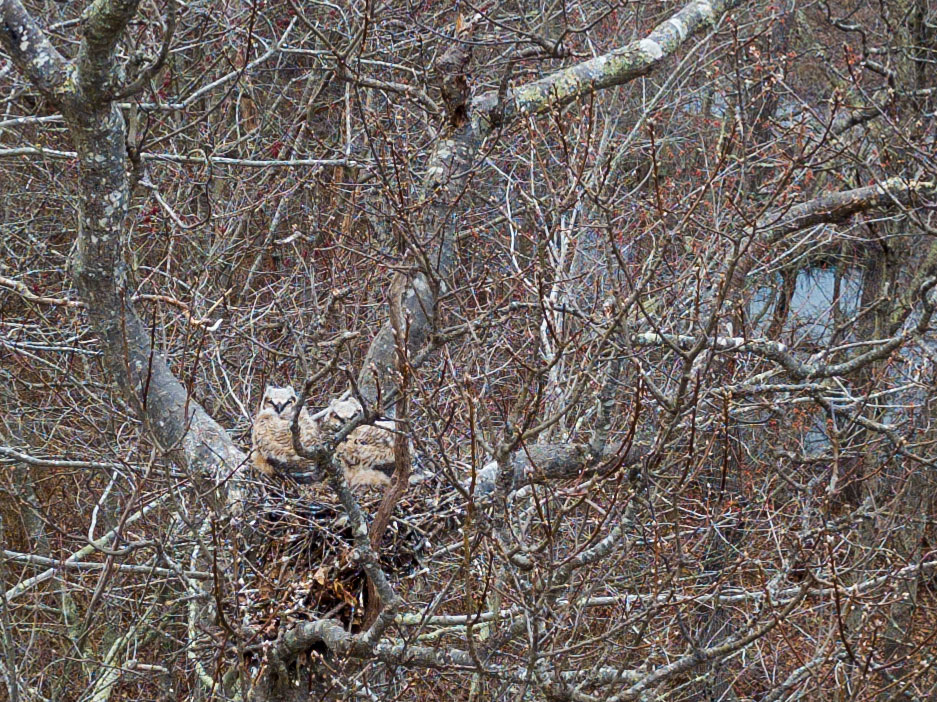 Great Horned Owls typically nest in trees, but they often appropriate existing nests built by other species. These nests are built up with added sticks and lined with a combination of found items like pieces of bark, and feathers and fur from prey. Nest size varies considerably depending on the original builder, who might have been a squirrel, crow, raven, heron, hawk, etc. In the last decade, two Osprey nests were taken over by Great Horned Owls, one at the former Rafferty house on Middle Farms Pond (now Alsop), and one at Money Pond. 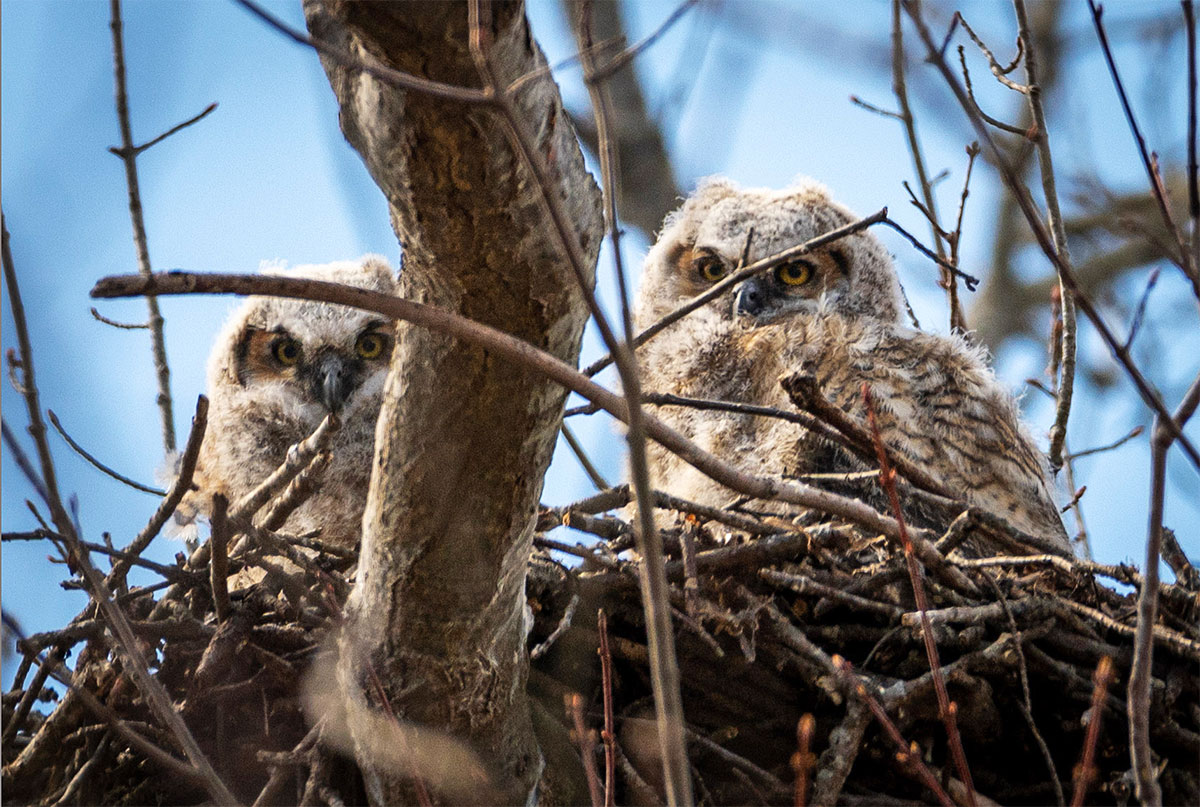 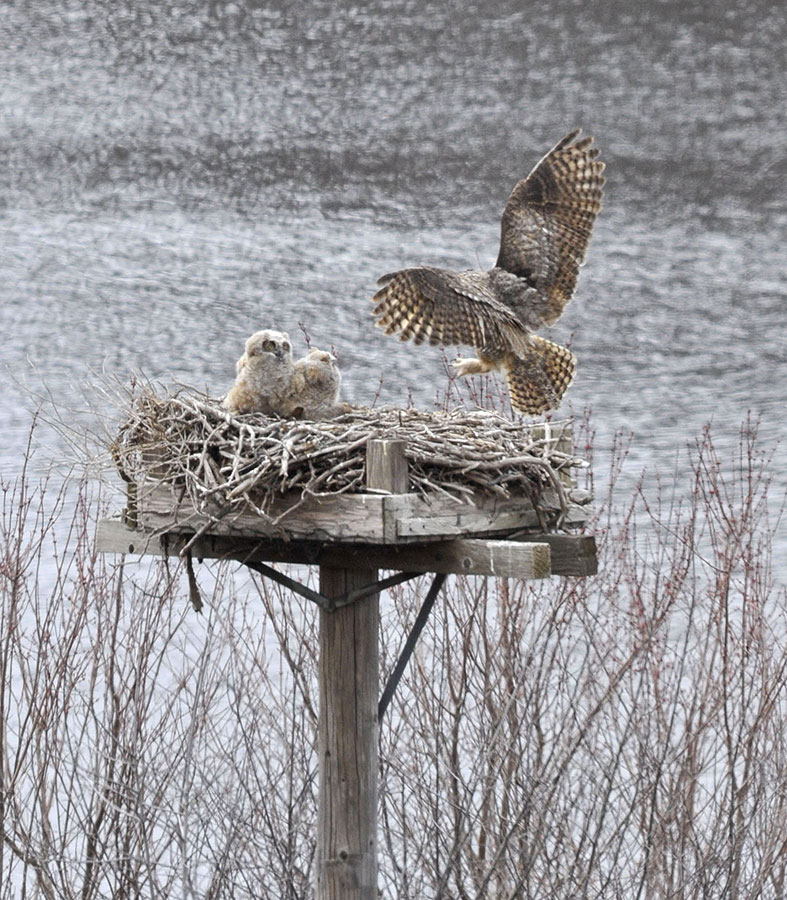 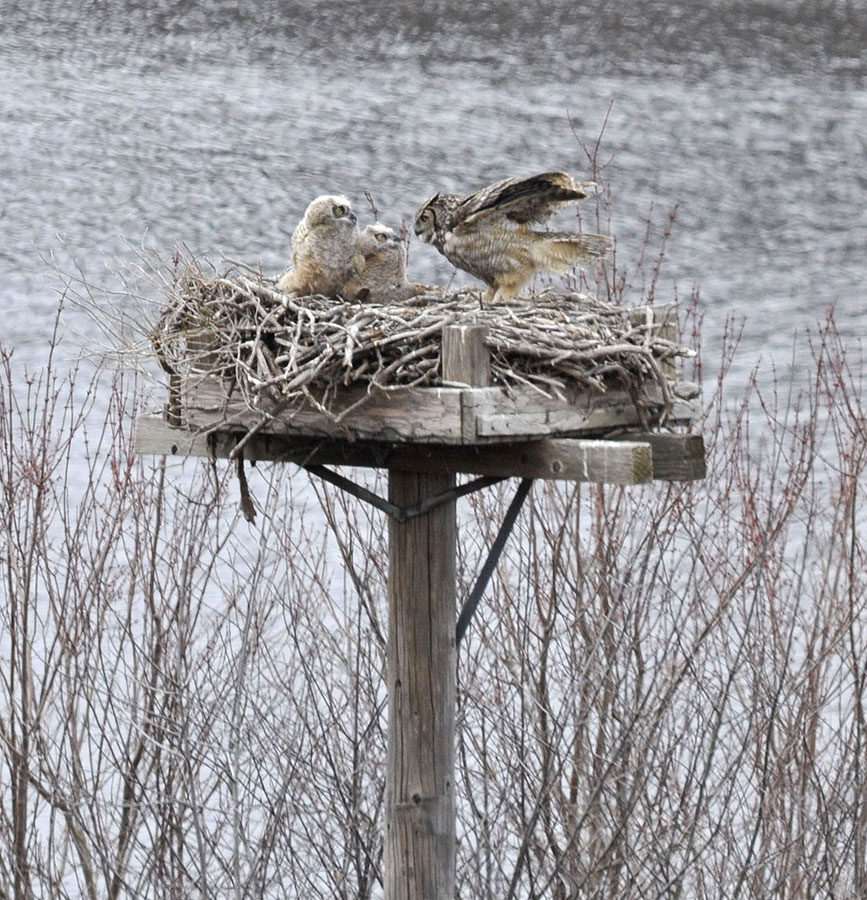 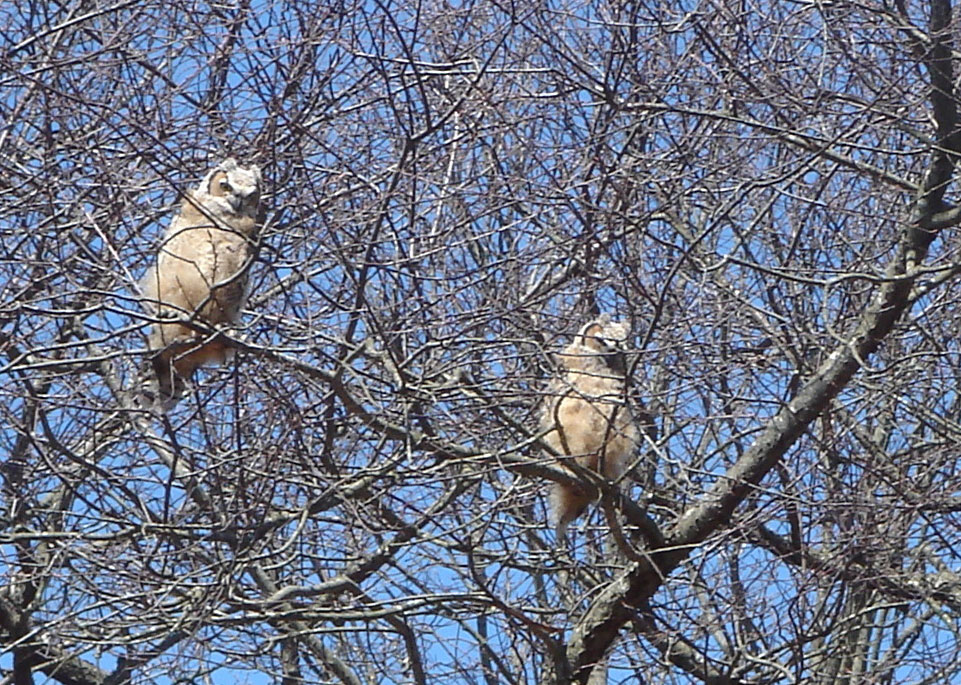 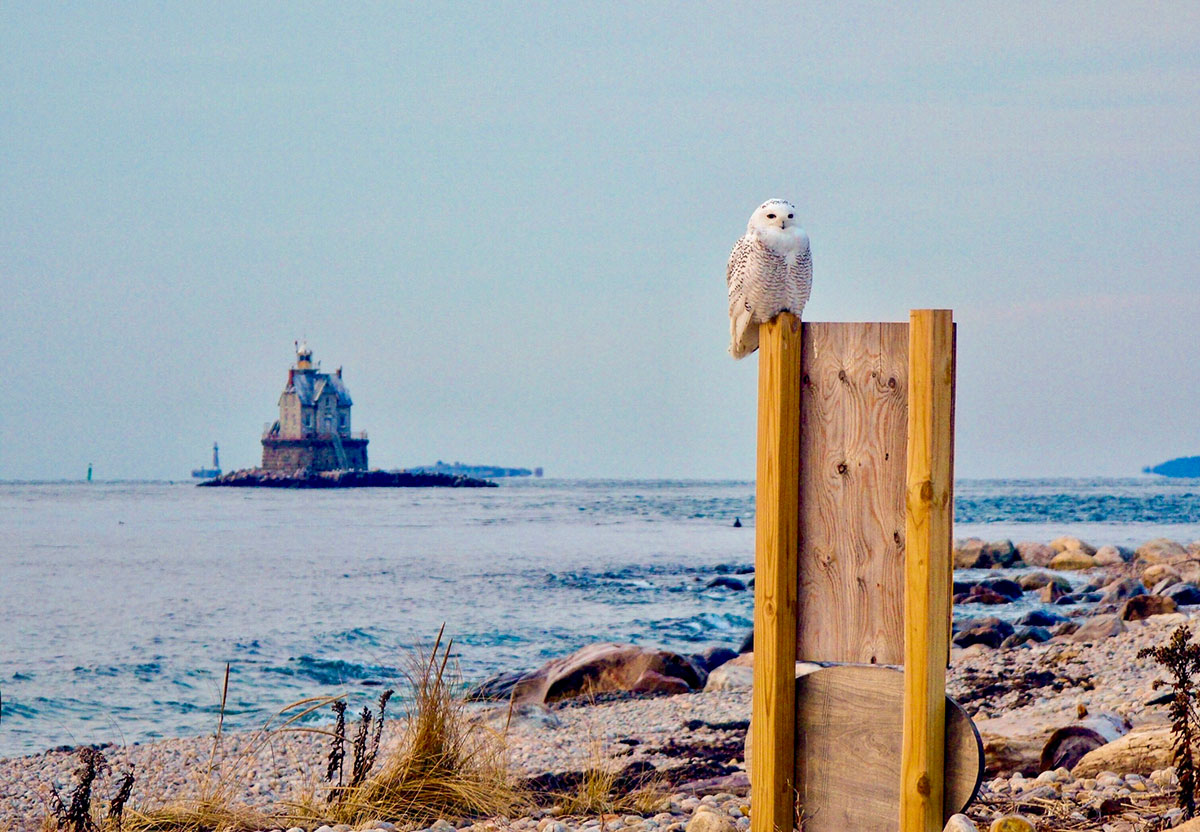 Snowy Owl at the Race

Although they don’t nest on Fishers Island, Snowy Owls are regular winter visitors. They have been spotted at Race Point, at the Airport, on Stony Beach, at Simmons Point, and other open areas, including the golf courses. They can sit still in the same spot for hours, occasionally swiveling their head or leaning forward and blinking their eyes. When they hunt, they use extraordinary vision and hearing to draw a bead on their prey and then fly, or run forward to pounce upon it. Rabbits, ducks and pheasant are all on their menu card. 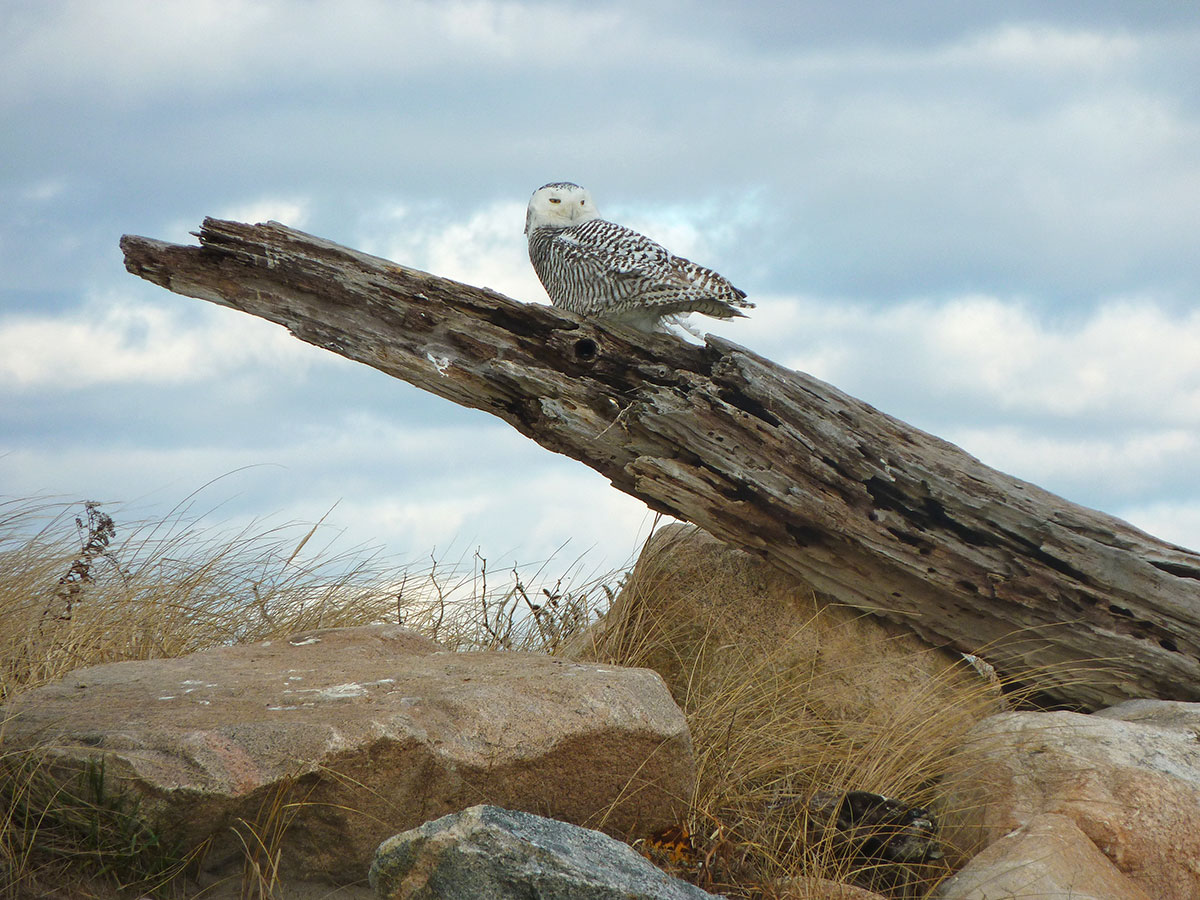 This juvenile Snowy Owl was photographed near Elizabeth Field Airport. 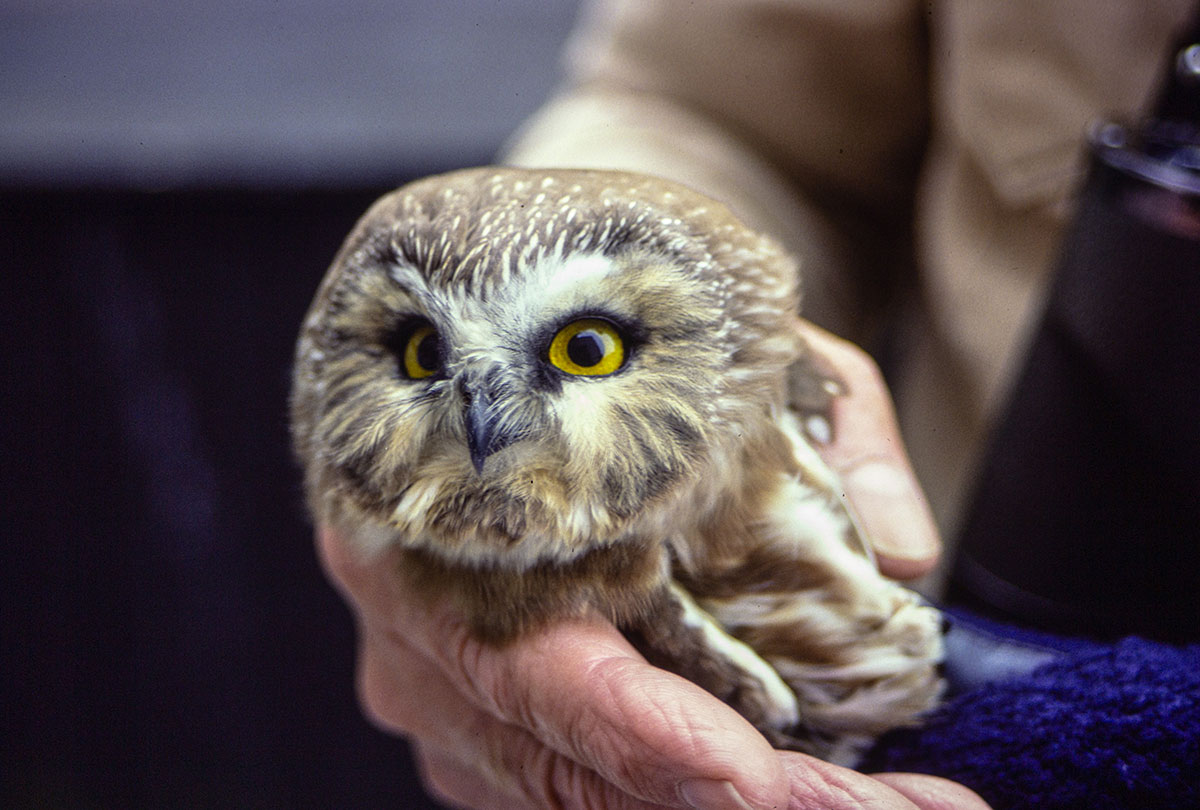 Although a common owl in forests across America, this highly nocturnal owl is rarely seen on Fishers Island and is not known to have ever nested here. 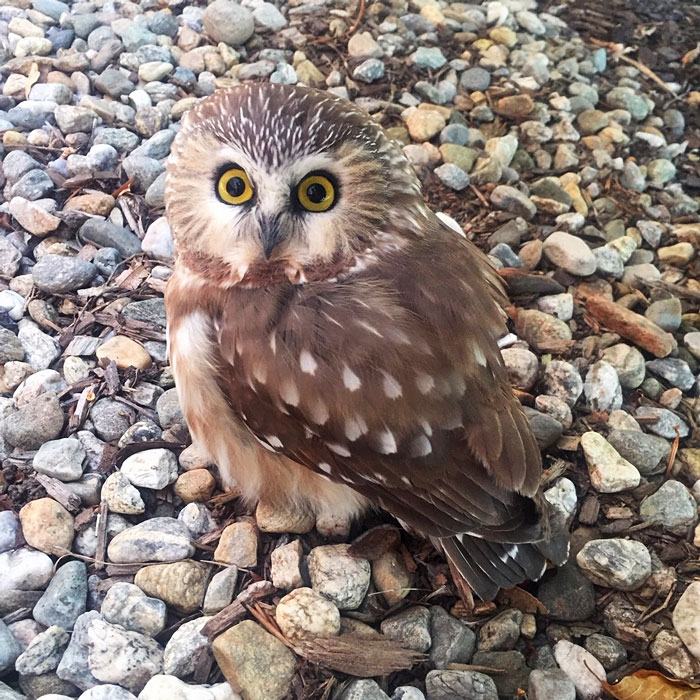 Don’t let their cute looks fool you. These tiny owls are fierce and effective predators of small mammals, especially mice and voles. 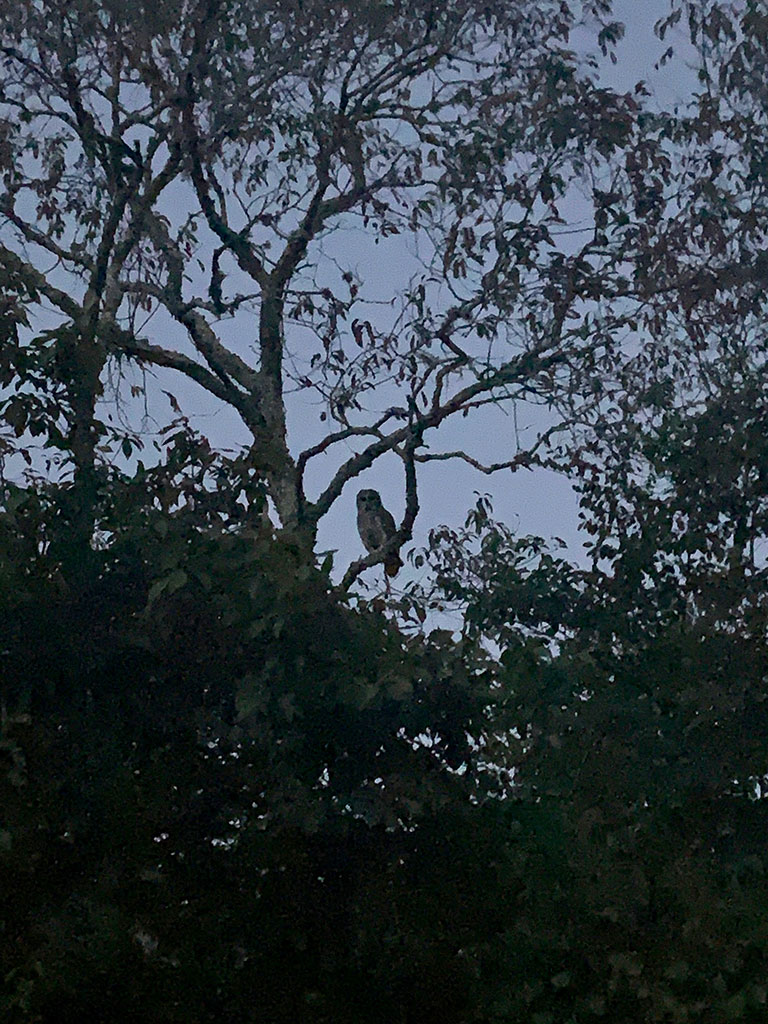