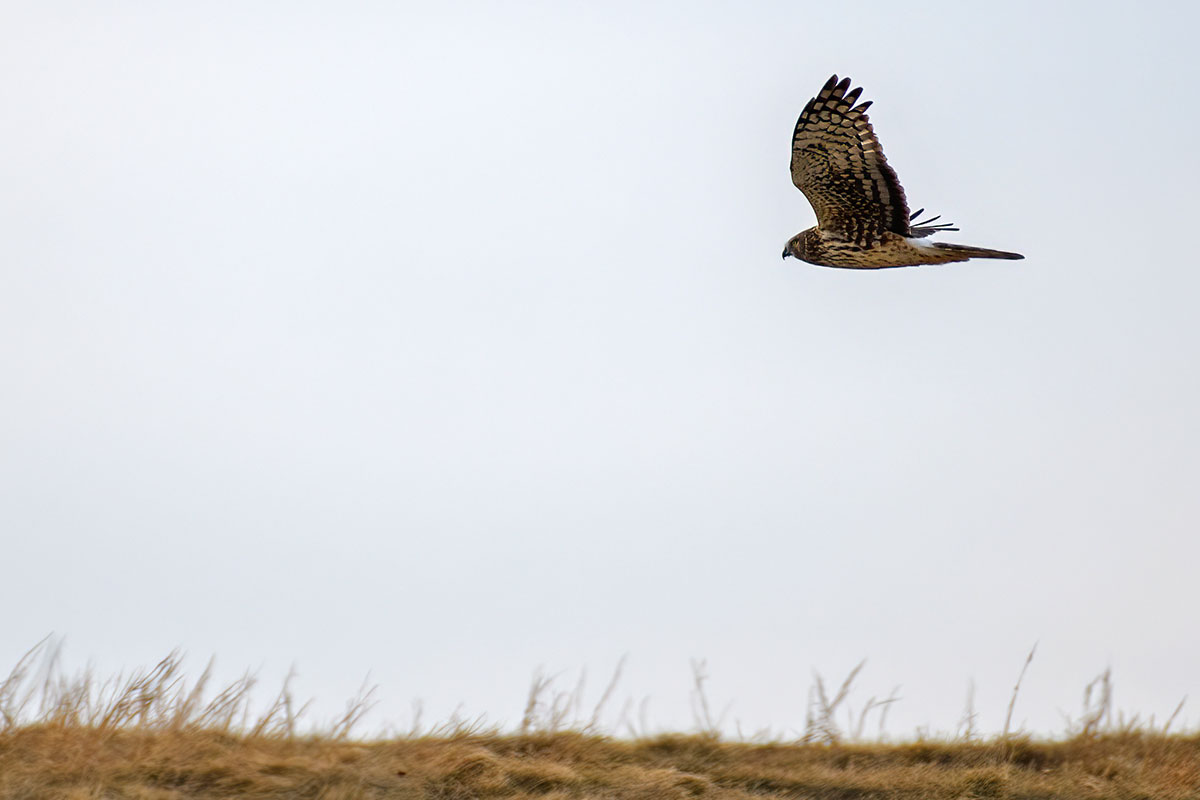 Once known as the Marsh Hawk, this medium-sized raptor frequents marshes, and wide-open spaces on Fishers Island, especially the grasslands at Middle Farms and the Parade Grounds. Note the owlish shape to the face: “Northern Harriers are the most owl-like of hawks (though they are not related to owls). They rely on hearing as well as vision to capture prey. The disk-shaped face looks and functions much like an owl’s, with stiff facial feathers helping to direct sound to the ears.” Quote from Cornell Lab of Ornithology’s website, allaboutbirds.org. 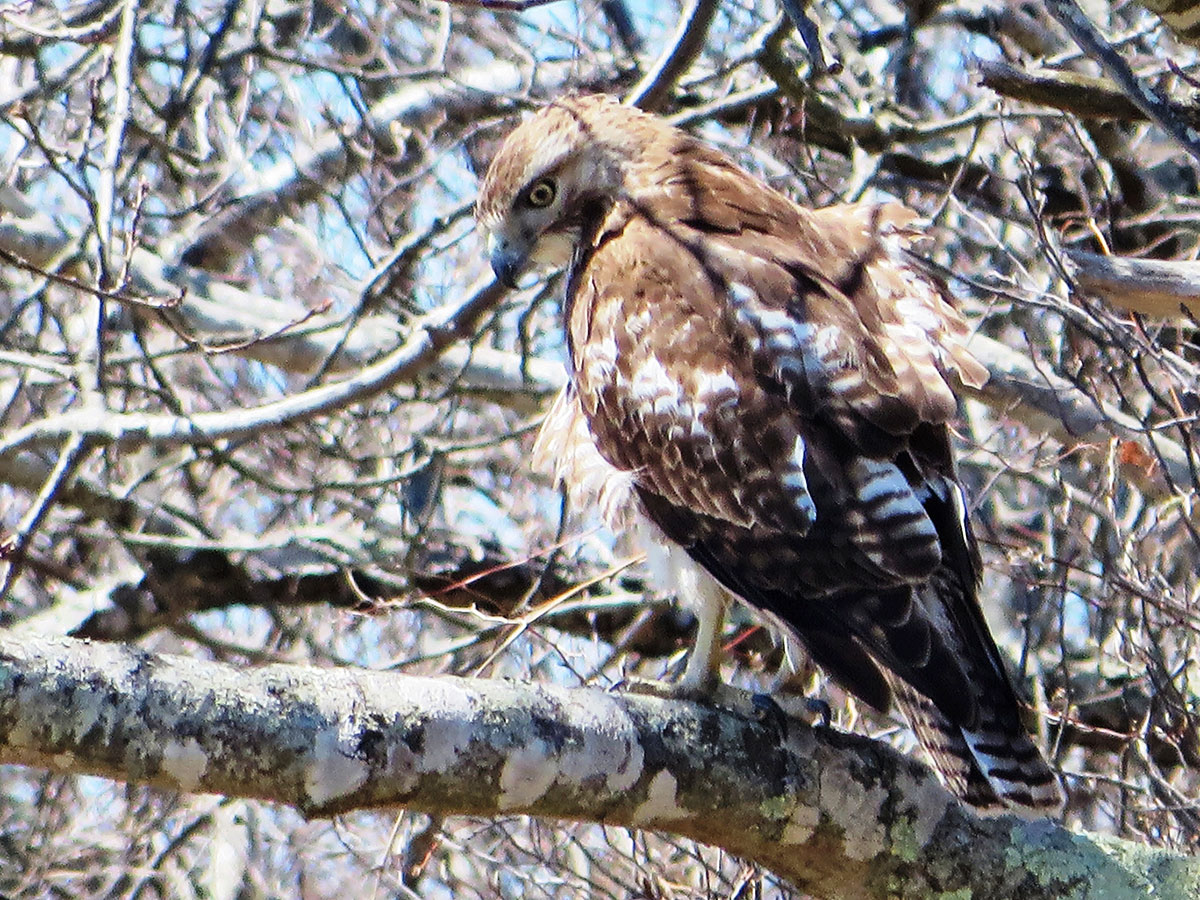 Red-tailed Hawks have been called the most common hawk in America. They have a range that stretches across the country, from coast to coast, from north to south. Populous on Fishers Island, they can be watched hunting on both golf courses and across other open fields. Small mammals are their preferred prey, but they will also eat birds, snakes and carrion. 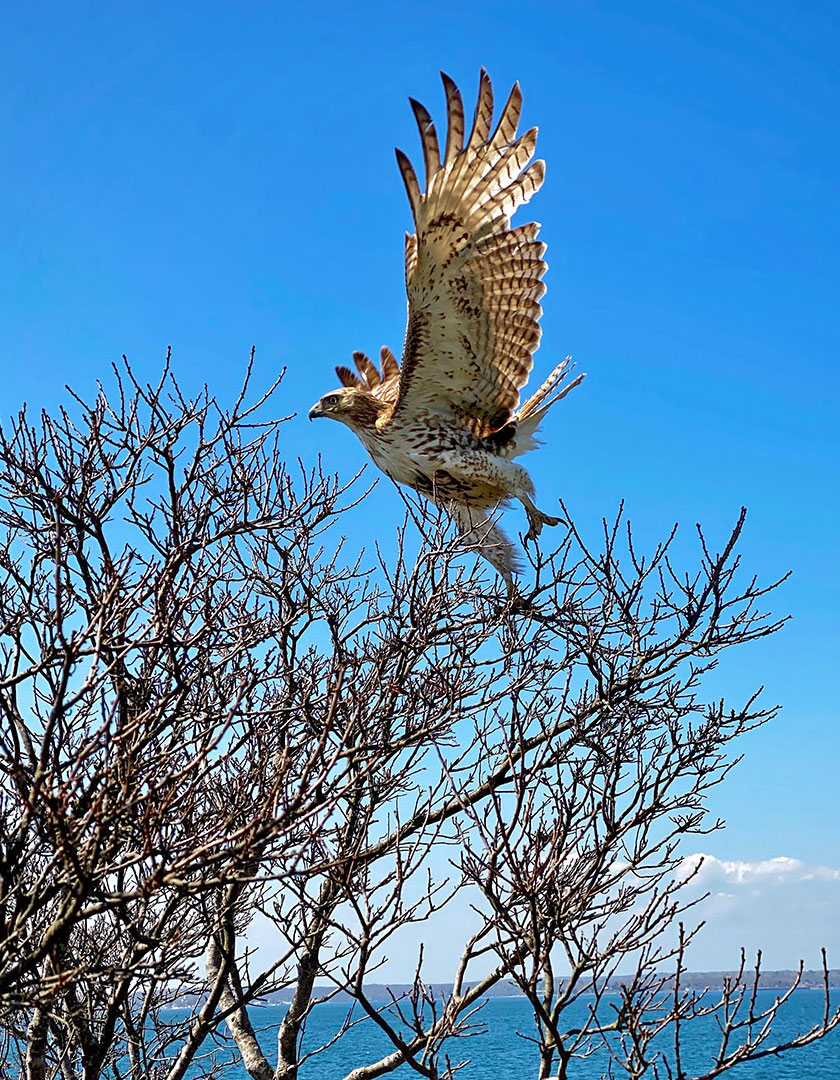 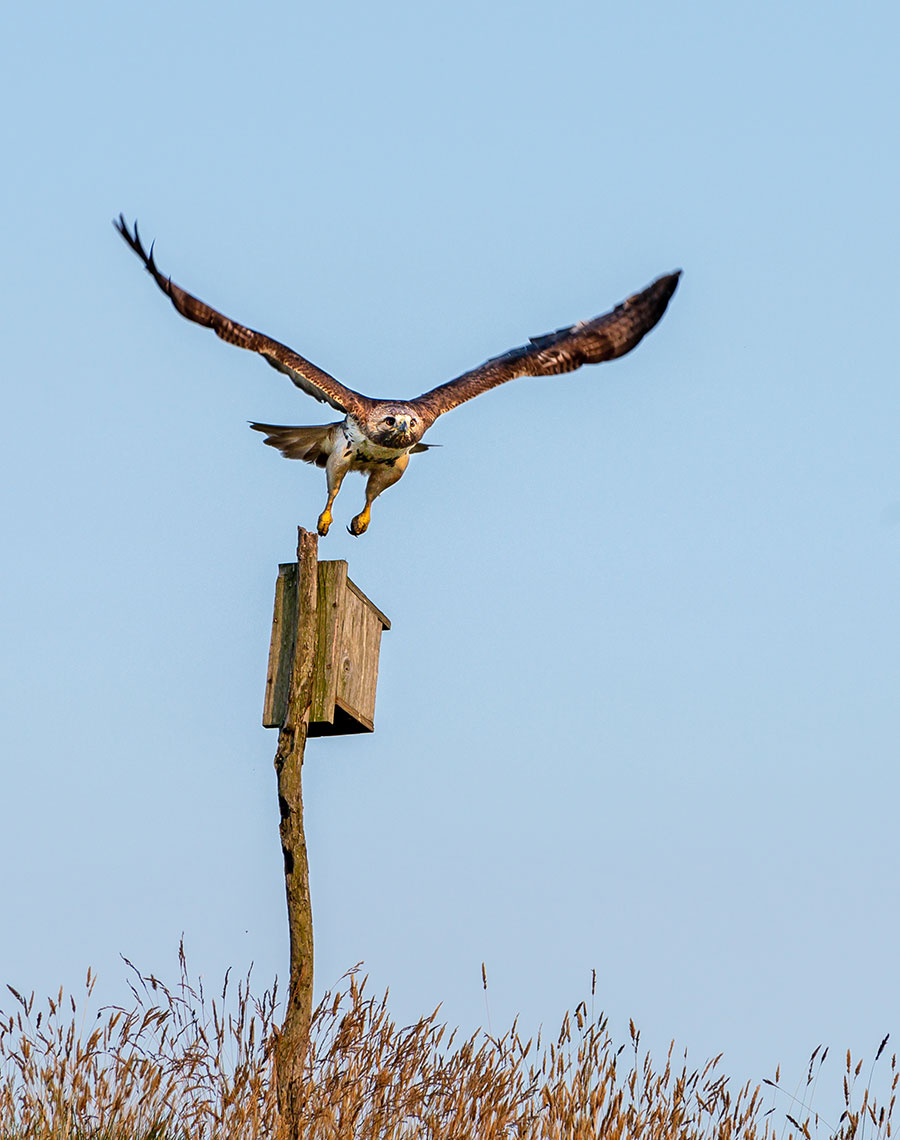 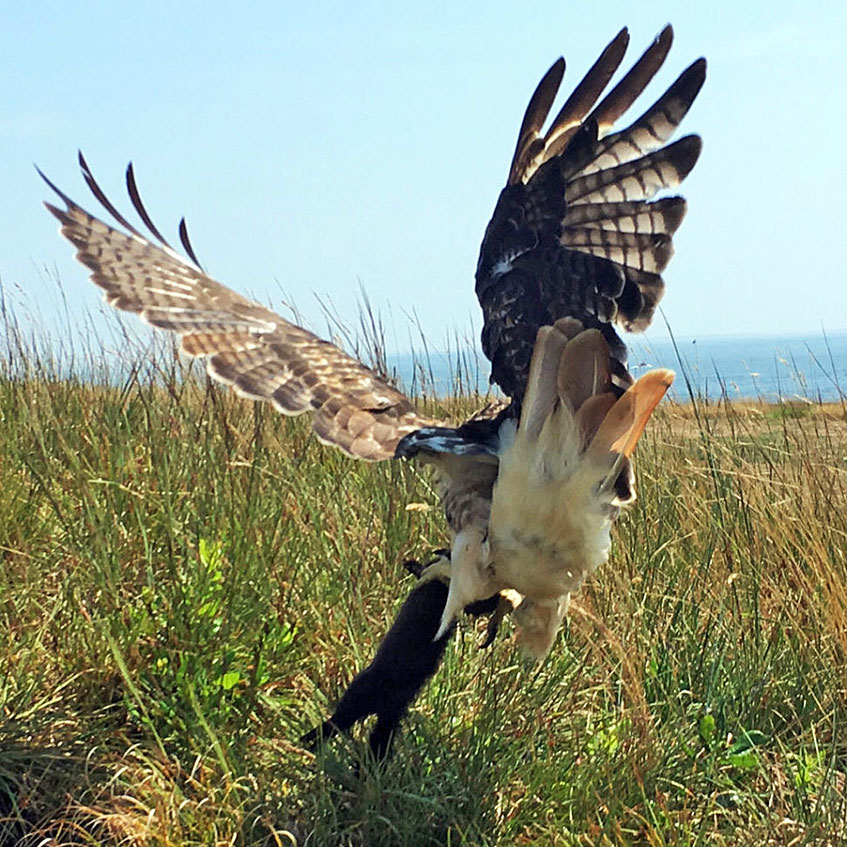 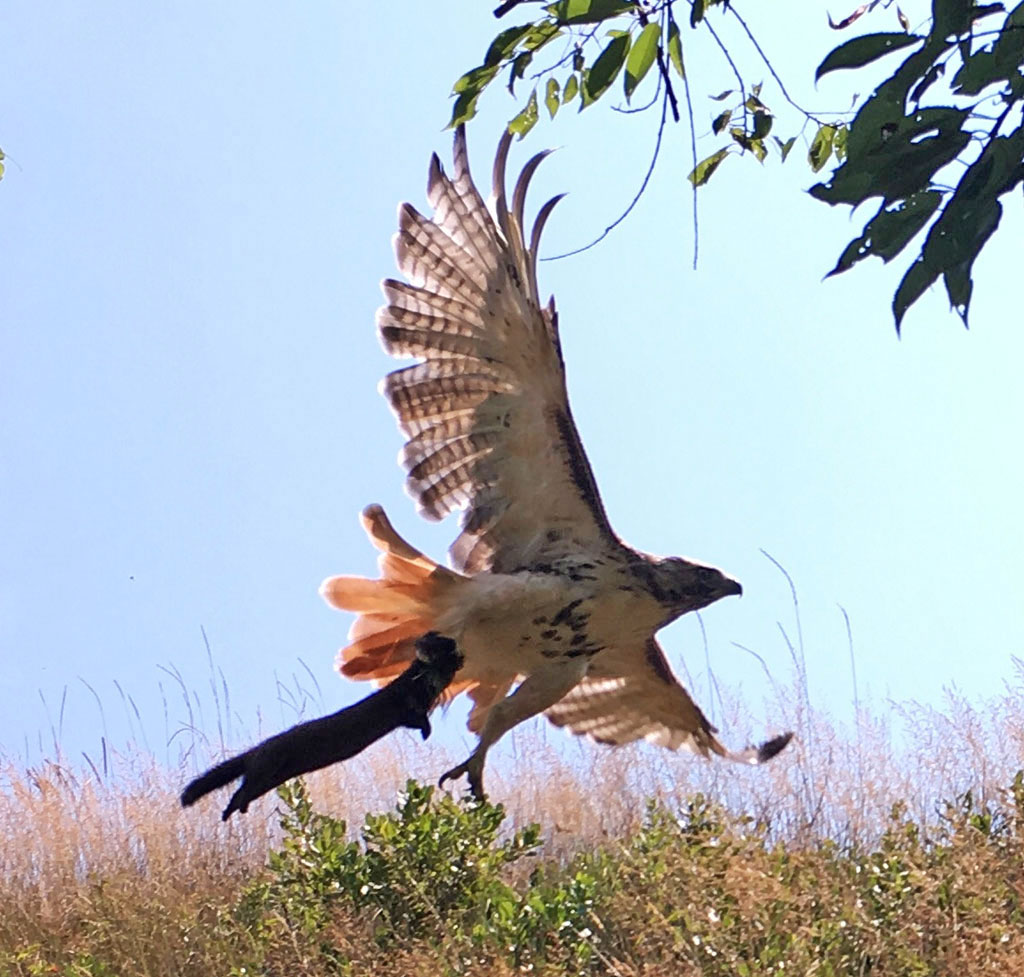 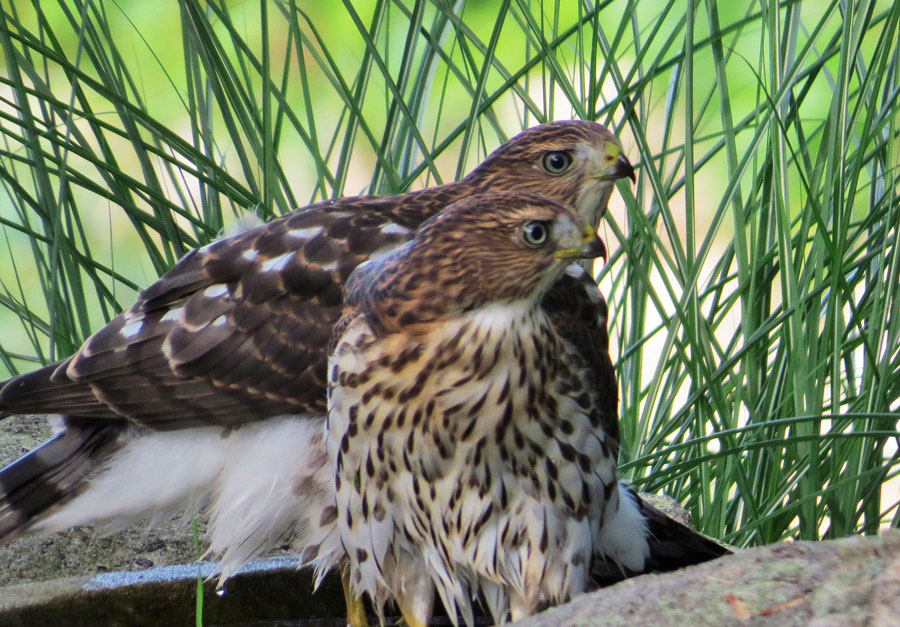 This medium-sized raptor is extremely agile and prefers smallish birds as prey. These two facts help explain why the Cooper’s Hawk is most likely to be the species picking off birds at your backyard feeder next time you see an attack. It is easily confused with its smaller lookalike, the Sharp-shinned Hawk that also targets small birds as prey. 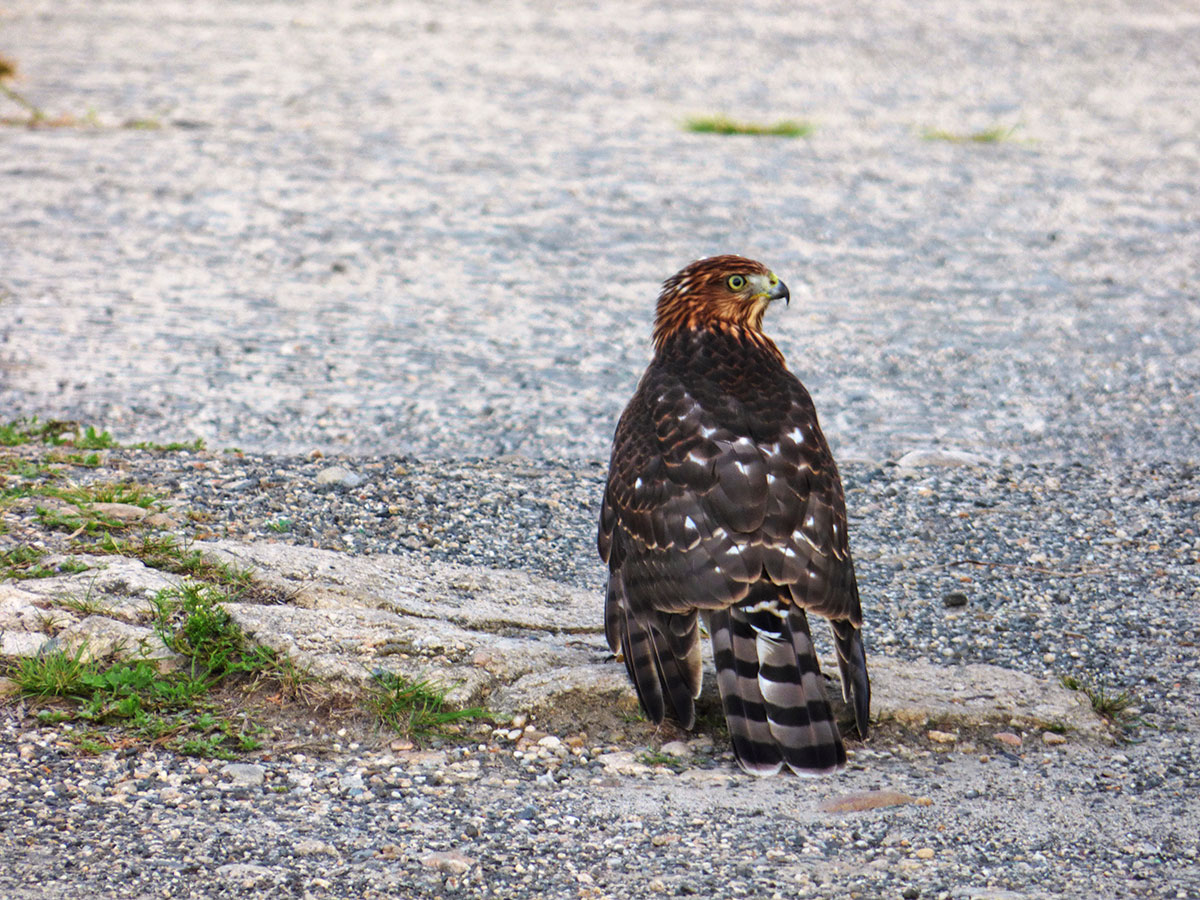 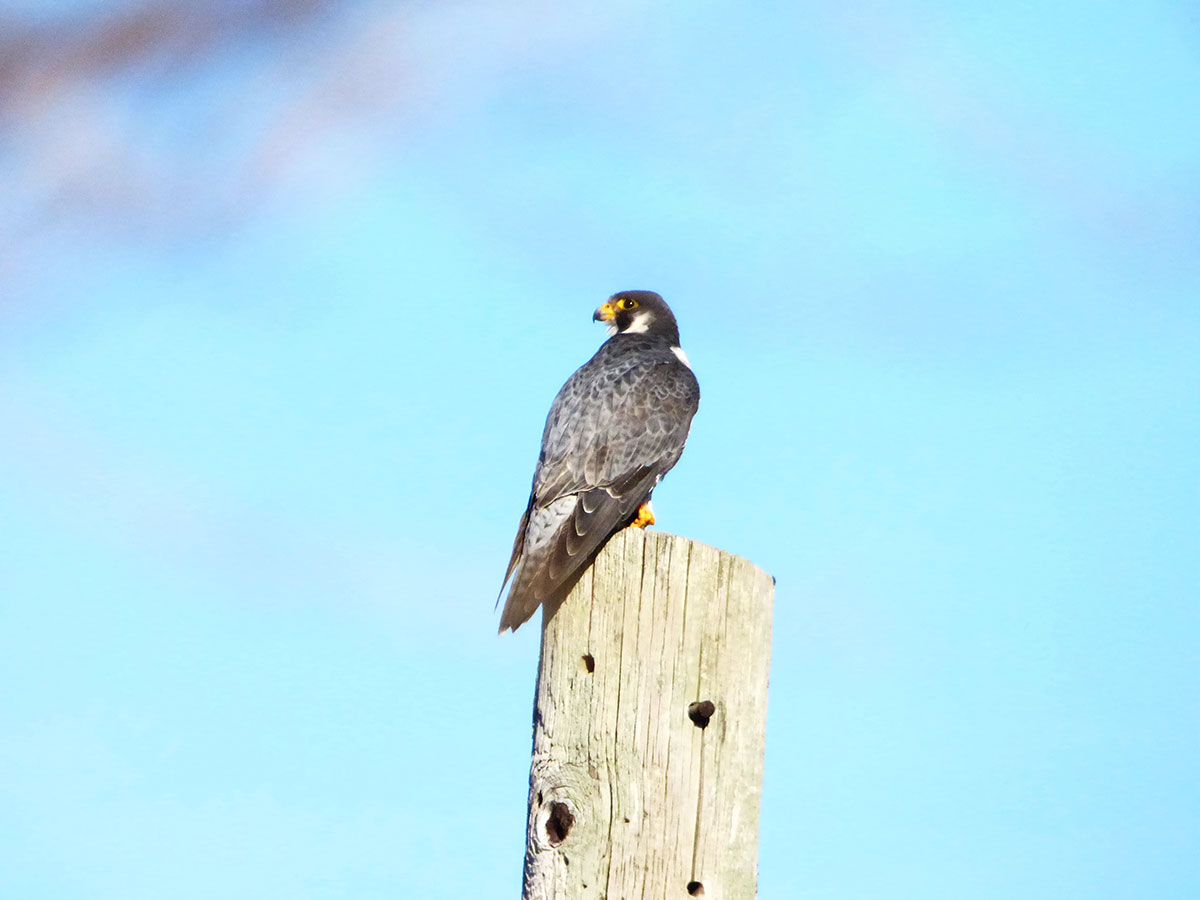 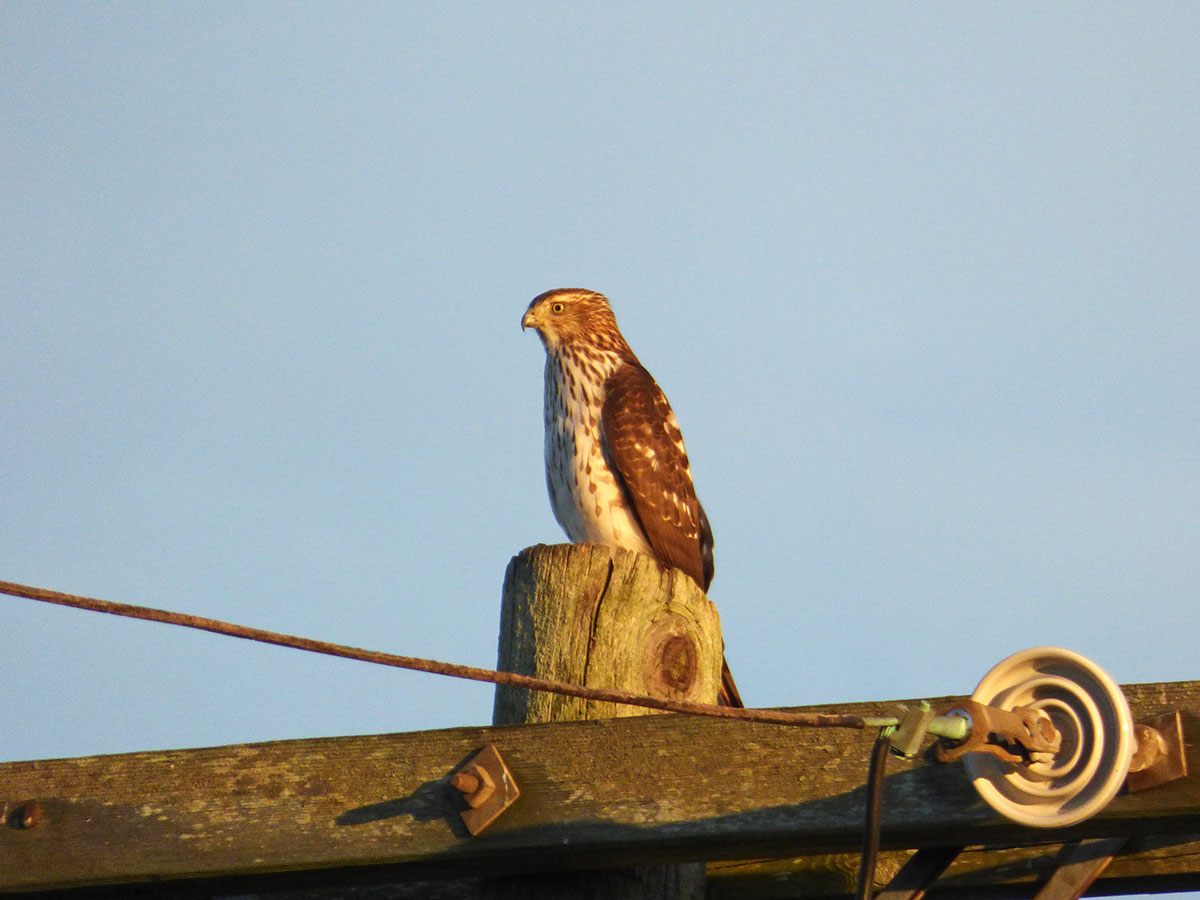 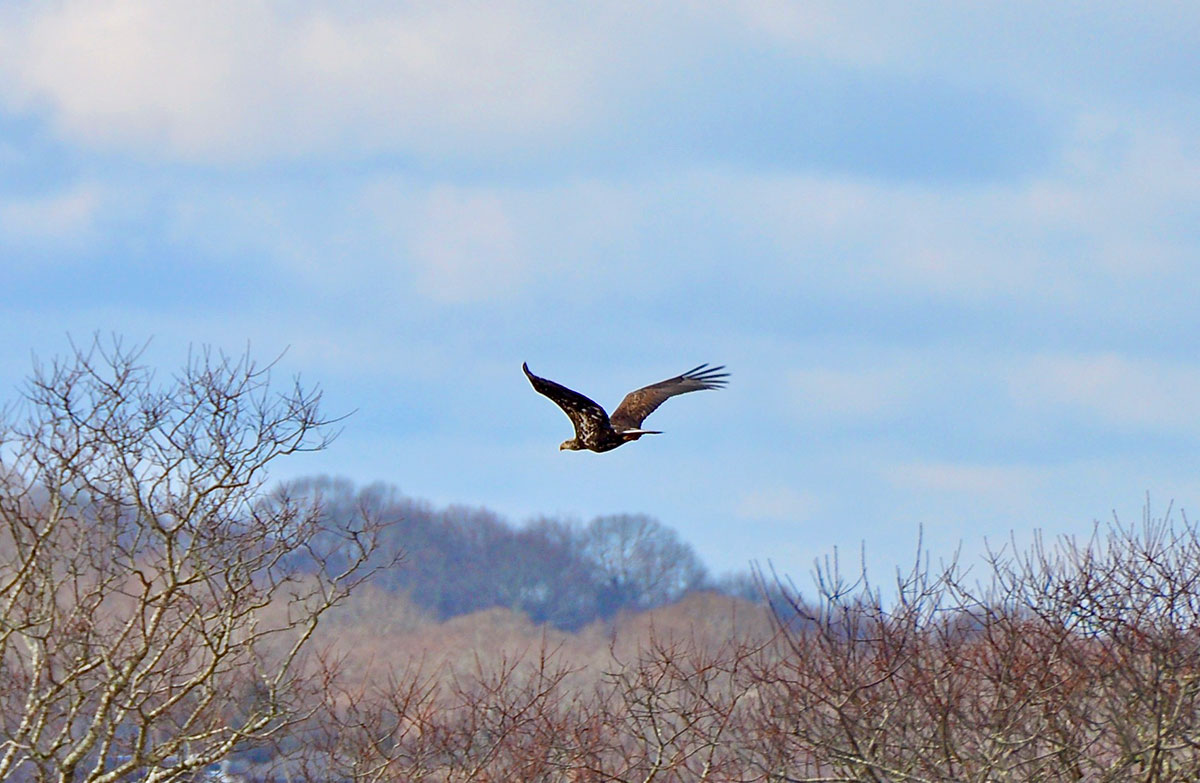 Since the late 2010s, Bald Eagles have been spotted flying over Fishers Island. There have also been some sightings of prey being seized. Across their full range, fish make up a majority of their diet. With their numbers on the increase on the mainland, it is just a matter of time until they nest here and become a new top predator.