The Fishers Island Seagrass Management (FISM) Coalition has developed a plan to protect the threatened but vital resource of eelgrass beds in Long Island Sound. The FISM coalition, a group that represents a variety of stakeholder interests, established a goal of protecting all of Fishers Island’s eelgrass, as it is an important resource in sustaining the quality of life on the island. The Coalition spent two years developing the plan and the Museum has taken a leadership role in developing and implementing the plan.

Eelgrass meadows were once abundant throughout the bays and harbors of Long Island Sound, but today, less than 10% of their historic acreage remains, all of which is found in the easternmost reaches of the Sound. Fishers Island contains a significant portion of this remaining eelgrass: 24% of the eelgrass in all of Long Island Sound and 96% of the eelgrass in New York’s portion of the Sound.

These eelgrass meadows serve as essential spawning, nursery, shelter and foraging areas for a wide variety of wildlife including sea turtles, pinnipeds, shellfish, crustaceans and fish, as well as many commercially and recreationally important species, including bay scallops, American lobster, tautog, striped bass and summer flounder. Together the species form an important ecosystem.

“I am excited that we finally have something to present to the community that has such broad support,” says Elizabeth McCance, President of the Board of Trustees at the Henry L. Ferguson Museum. “I hope it will engage the larger community and inspire people to both learn more about this vital resource and take actions to protect our eelgrass.”

The goal of the plan is to protect this vital resource, and the ecosystem services, such as nurturing fish populations, protecting shorelines and sequestering carbon, that it provides to the island’s community. The plan will help raise community awareness of best practices and actions that can be taken to minimize the threats to eelgrass.

“The plan relies solely on the community to take responsible action and therefore will be implemented through a number of educational and outreach initiatives,” says McCance.

The Museum has been helping to raise funds to support the work of the FISM coalition, including securing donations from private foundations, as well as state and federal grants including one from the New York Conservation Partnership.

What You Can Do To Help Protect Seagrass: 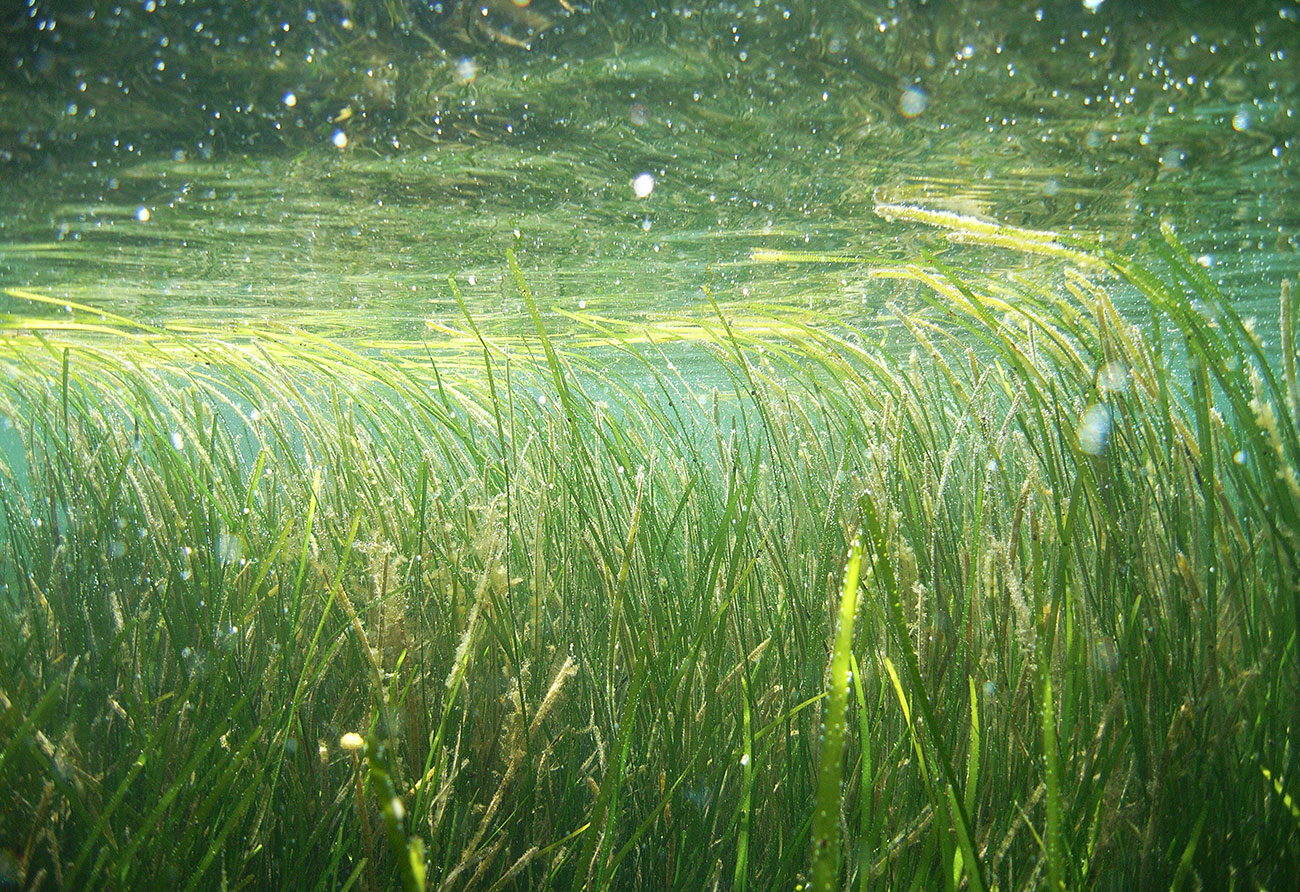 This document contains a compilation of the literature that led to the recommended actions in the plan. 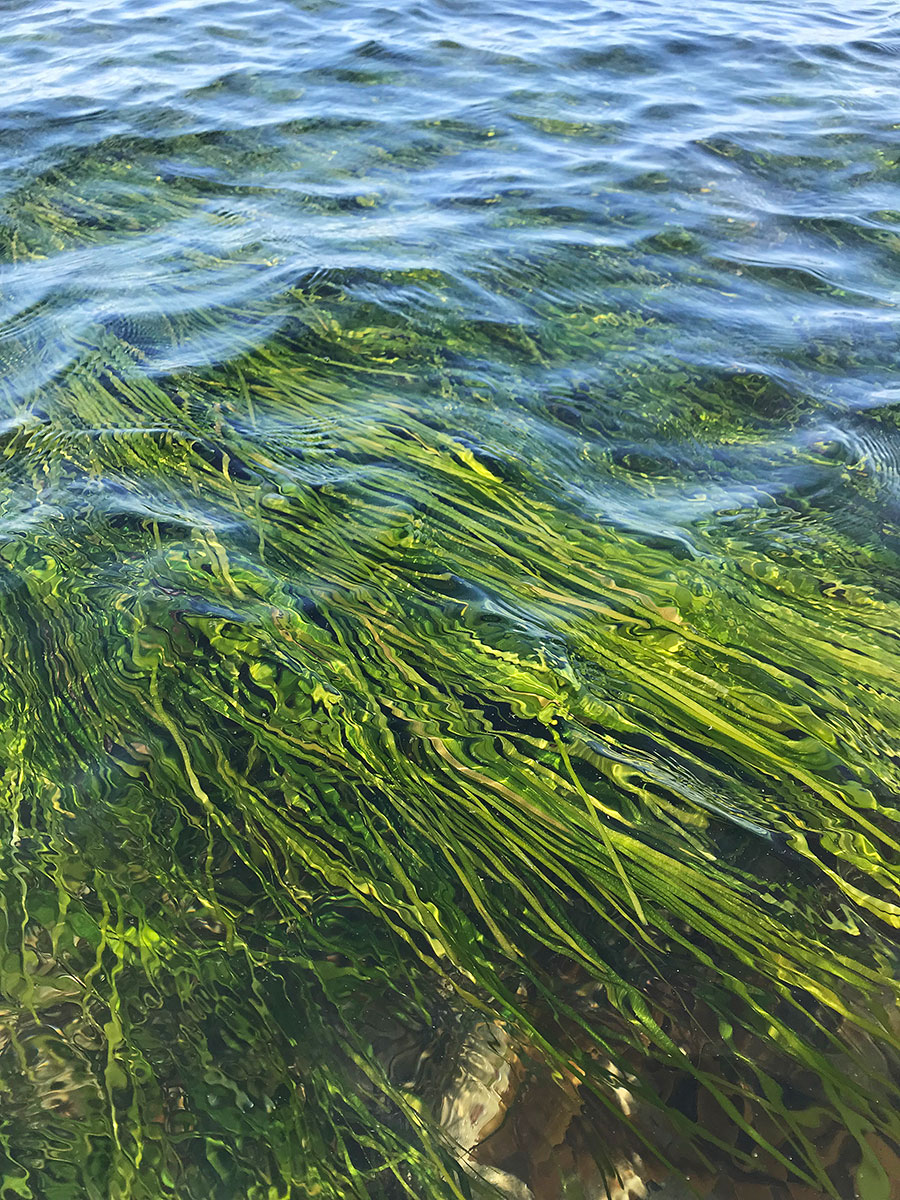 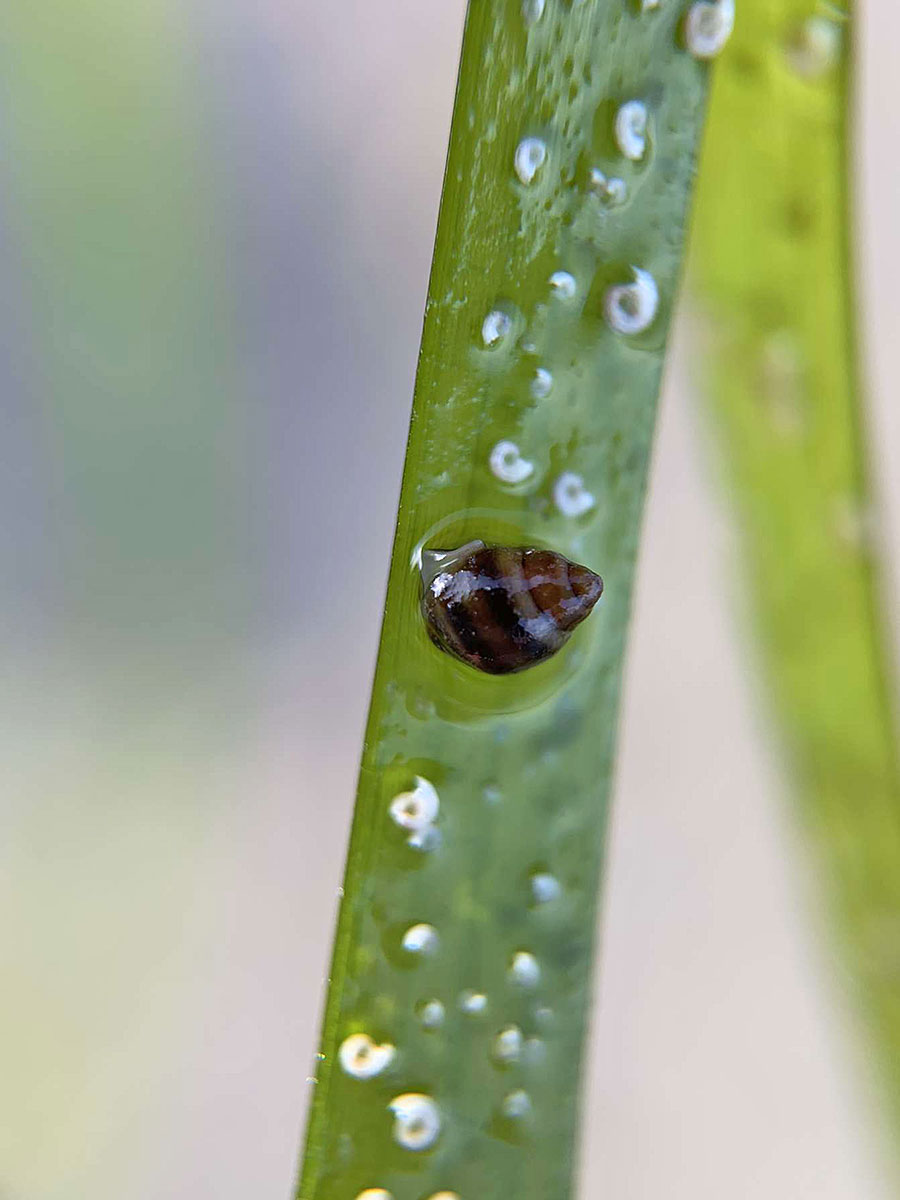 Snails move along, eating the algae that grows on the eelgrass blades. Photograph by Jessica Labonte

For more information and stay up to date with upcoming meetings and events, please visit the FISM website.