The Land Trust has had an eventful time since last year’s newsletter. We acquired two significant parcels of undeveloped land on the north side of the Main Road opposite Island Pond and the Betty Matthiessen Sanctuary – one from Anne Borland, and the other from Charles Haver and Stewart Skolnick. The parcels are contiguous to each other, and also to other Land Trust property to the east, including Perch Pond (see map below) hereby significantly expanding the corridor of protected property in this area, so critical environmentally as well as to our water supply. 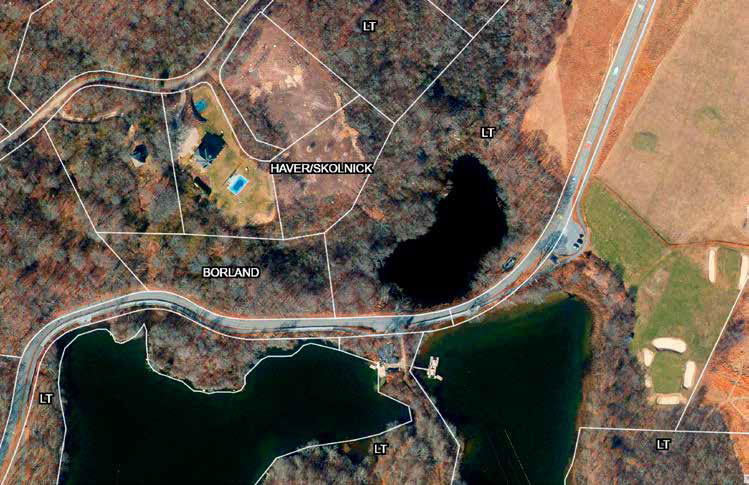 In addition to expanding the area of Land Trust properties, a landmark step was taken in terms of their stewardship. The Museum has partnered with the New York Natural Heritage Program (NYNHP) to build on the efforts of the Yale interns in 2016 and prepare a “wall-to-wall ecological community map” of our sanctuary areas, which now extend over approximately 350 acres from Stony Beach on the extreme West End to near Wicopesset Channel on the East End, and in two places transect the island from Block Island Sound to Fishers Island Sound.

As part of this study, NYNHP will inventory our various types of habitat, and botanical and zoological species, focusing particularly on rare species of flora and fauna. With respect to fauna, island birds are considered to be reasonably well-documented, but NYNHP will use acoustic detectors to search for rare bats, and will seek to document mice, voles, turtles, frogs and other amphibians, as well as insects. We have asked NYNHP particularly to focus on the consequences of two fairly recent arrivals—coyotes and mink.

With respect to flora, rare plants will be sought, and data as to findings will be entered into systems where they can be easily accessed and used to evaluate the status of species and trends. We will make these results available to all interested parties, except to the extent necessary to protect rare plants. Of particular relevance to our ongoing stewardship efforts will be a survey of new and existing invasive plant species that threaten rare plants. Like many islands, Fishers is rife with invasive plants, both native (Bullbrier and Trumpet Honeysuckle) and “exotic” (Japanese Knotweed, Oriental Bittersweet, Japanese Honeysuckle, and Glossy Buckthorn). Some are so prevalent that it is hard to imagine what would be growing on our properties without them. They are a concern on which the Fishers Island Conservancy, as well as the Museum, has been focused. We hope that this study will help us understand the particular threats that various invasive plants pose, and inform us in attempting to develop targeted control strategies. 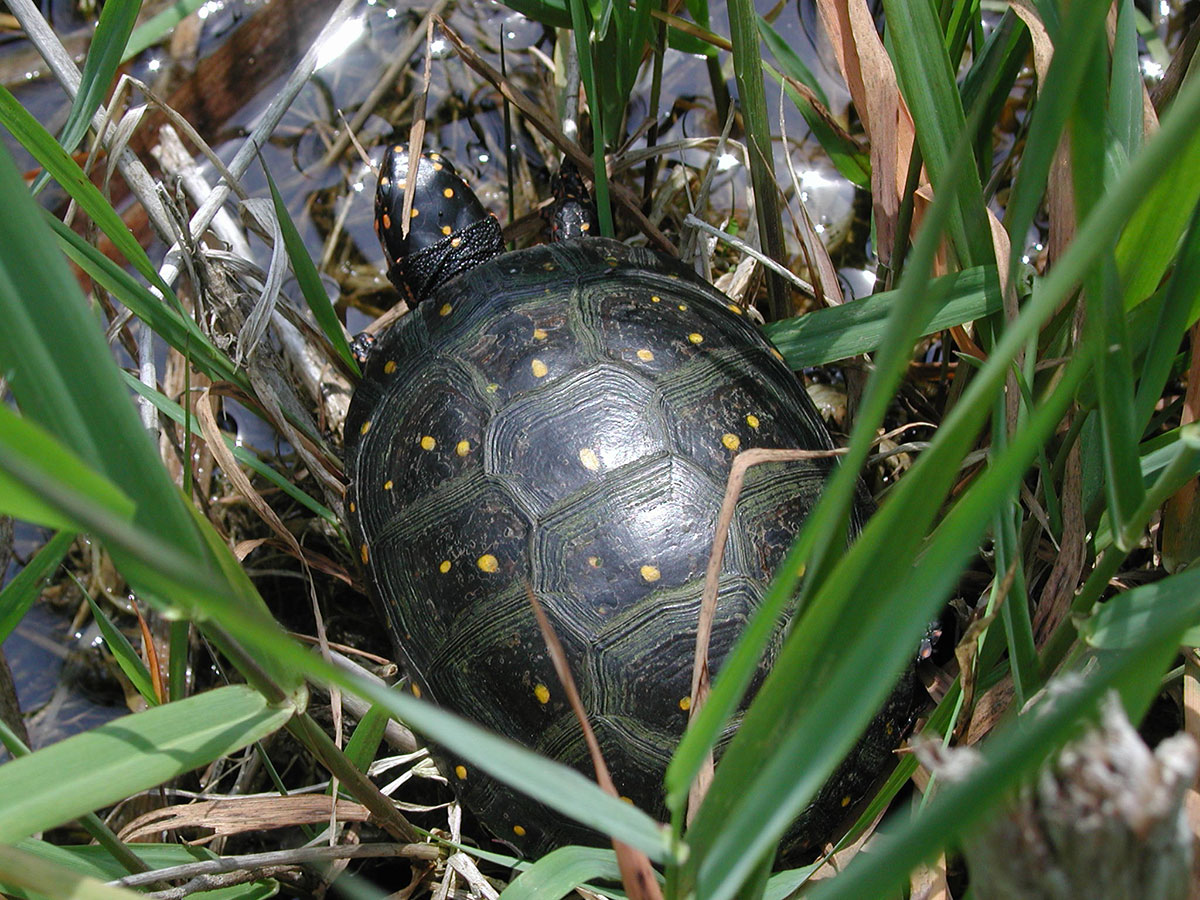 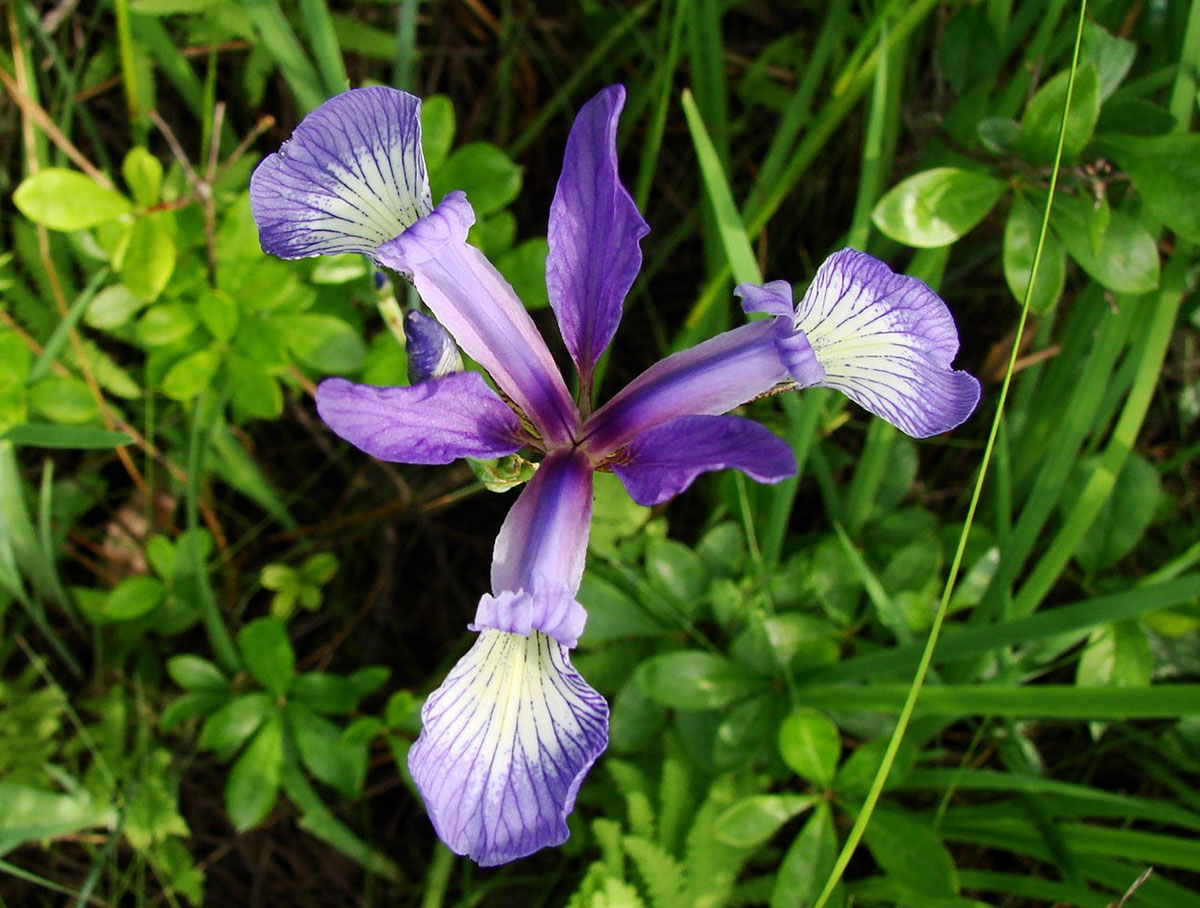 Our stewardship coordinator, Jack Schneider, worked with the conservation class at the Fishers Island School to repair the footbridge over the Middle Farms Pond outflow. Students from the school also participated in trail maintenance, beach clean-up, and compiled a handbook of rare plants and animals of the maritime grassland and the beech forest. The Museum purchased for school use a computer-guided router and related software for fabricating school curriculum projects, which will include new signage for many of our trails and sanctuaries. 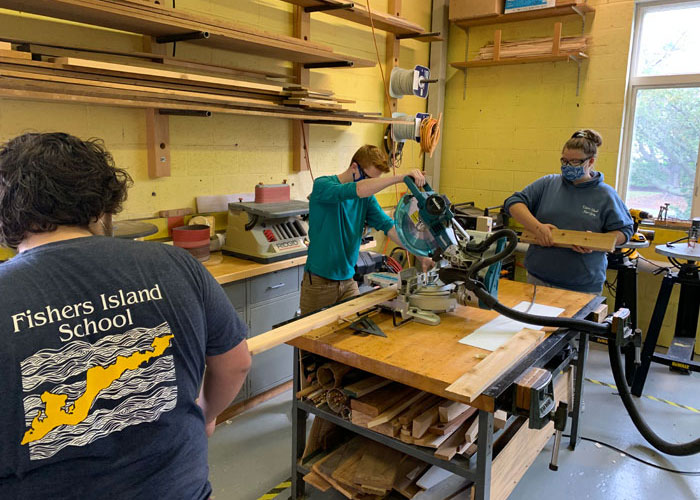 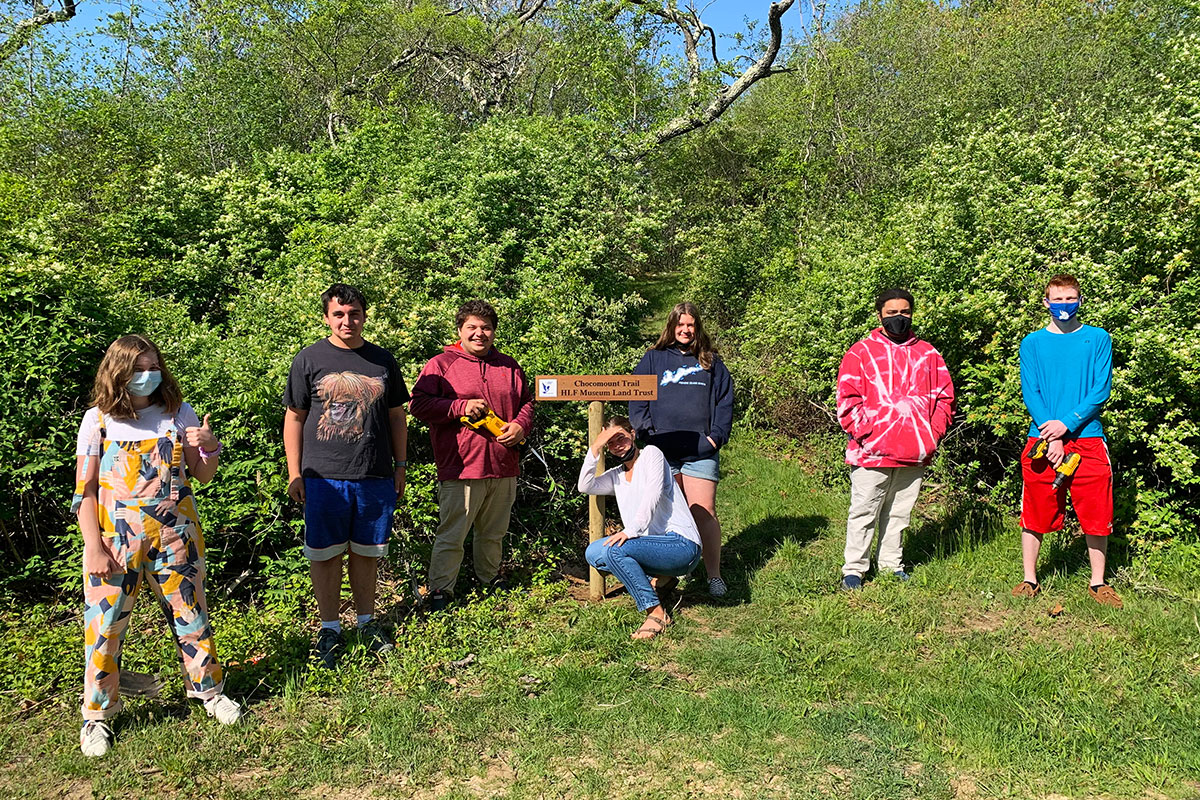 We have an ongoing project to restore wetland plants within the sanctuary along Bell Hill Avenue, and a project to establish a colony of a moth species that feeds on Black Swallow-wort, a highly invasive vine that is difficult to control. Jack will be working with volunteers to establish plots to test methods for increasing plant diversity by controlling dense growths of Bluejoint Grass at Middle Farms without using chemicals. 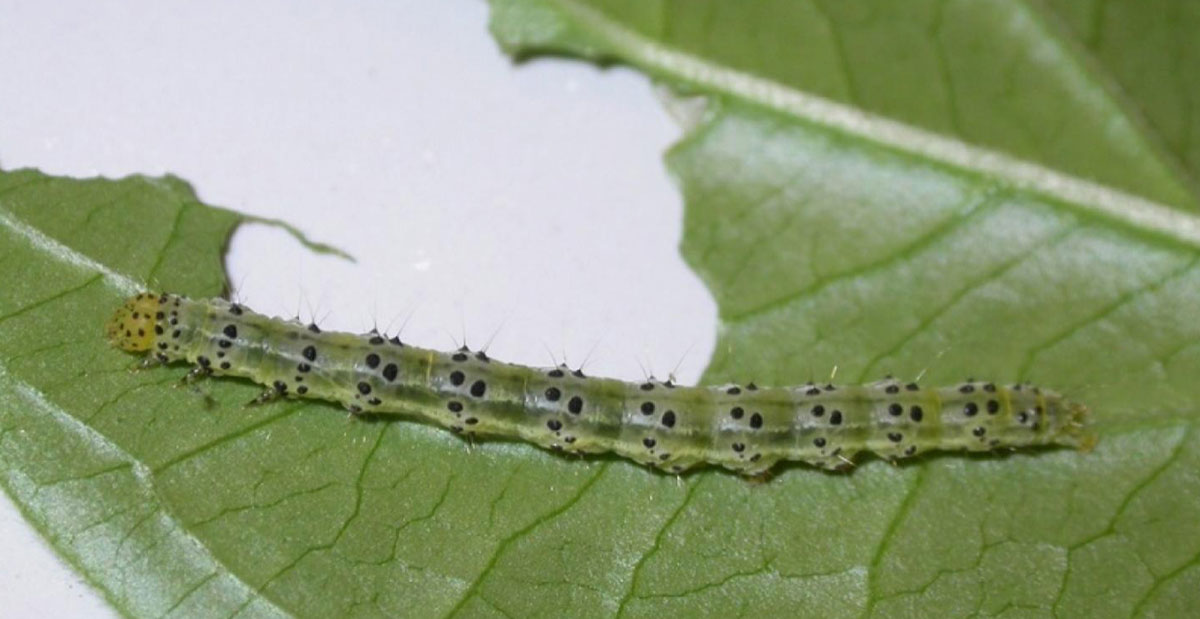 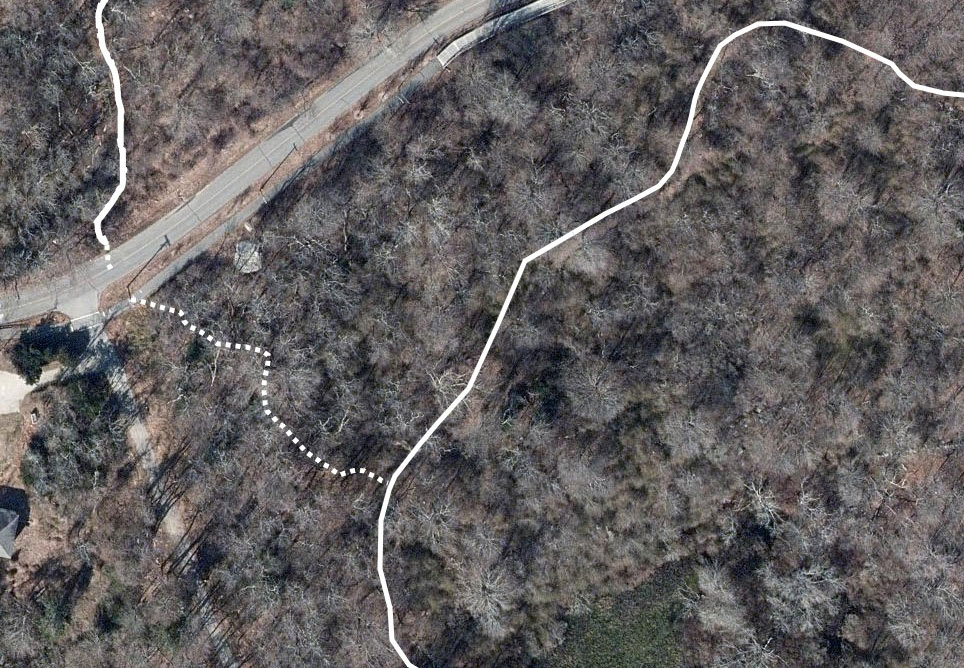 Our trails continue to be in excellent condition. Some redundant loops were discontinued along the Clay Pit Trail in the vicinity of the skeet range, and a new access trail was established at “Bull Rock” to connect Chocomount Trail with the trails in the Chocomount Cove Sanctuary on the north side of Main Road. The grassland on Isabella Beach Road was expanded by the selective pruning of trees and shrubs.

In reviewing all our properties in connection with the Heritage Program and our ongoing stewardship activities, one cannot fail to note the large number of potential building lots that are still unprotected. If a significant number of these lots are developed, the island will be a very different place. If you have an undeveloped building lot that you think would make a good addition to the Land Trust, please contact the Museum. Important tax benefits may still be available for the transfer of property or development rights to the Museum.