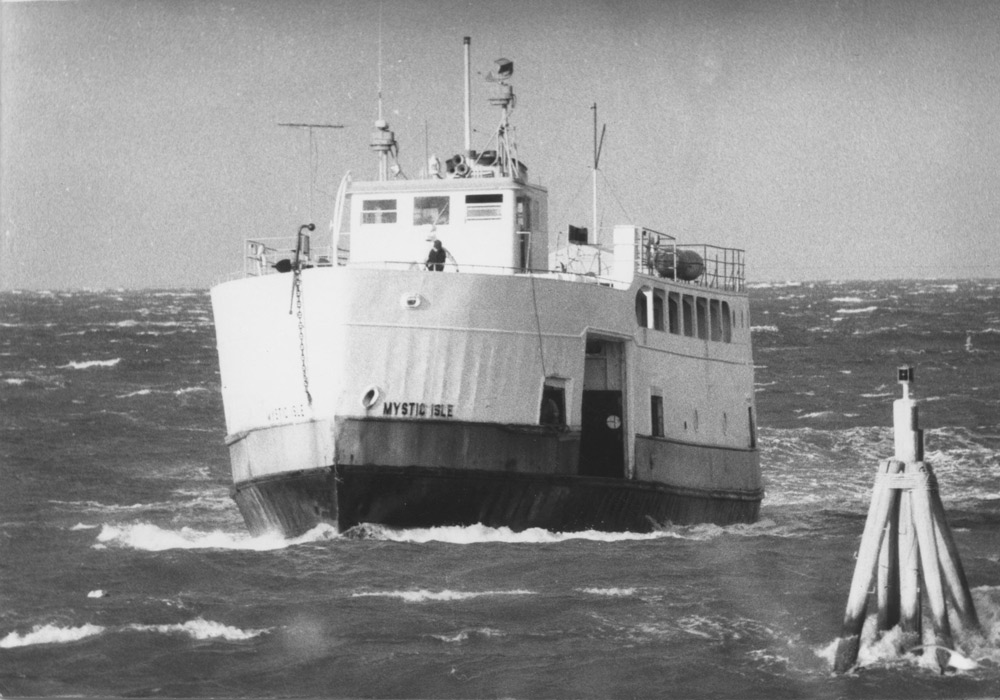 We Fishers Islanders love our ferries, and those of us who are “of a certain age” wax particularly poetic over the M/V Mystic Isle, remembered fondly from our childhoods with its red leather seats, muraled walls and quirky onboarding midship. It turns out that Fishers Island was the tamest part of her career.

The Fishers Island Ferry District was formed in 1947 and needed a vessel to transport passengers and vehicles to the island. The army had been pressed into allowing civilian freight, passengers, and vehicles on the vessels serving Fort Wright, but Fort Wright was being placed on inactive status so an emergency search was launched. The Mystic Isle was in service on Lake Erie at the time, and the Ferry District purchased her for $99,000. 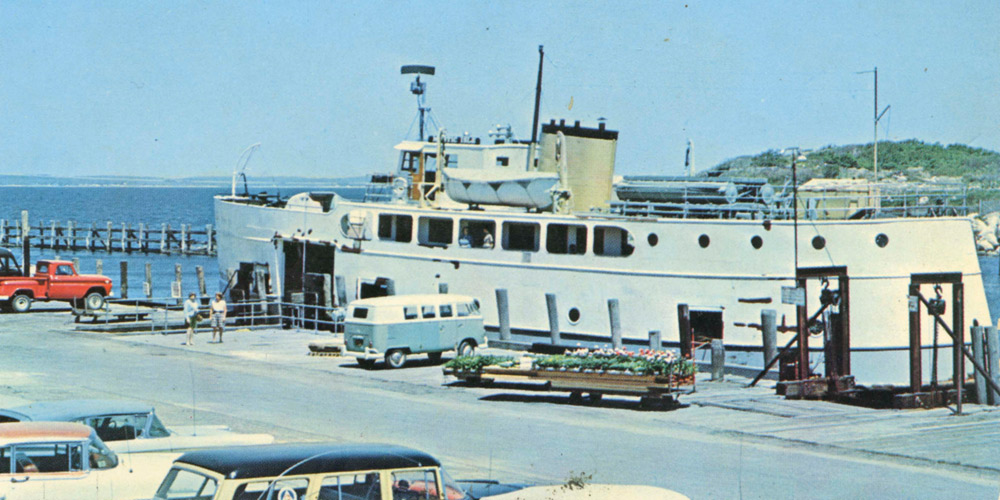 She made her way down the coast of Nova Scotia and arrived “storm-battered, but unscathed” in New London, where she was promptly put into service. She ran from 1950 until 1978 when she was traded in to Blount Marine in Rhode Island for a reduction in price for the replacement ferry, the M/V Munnatawket. 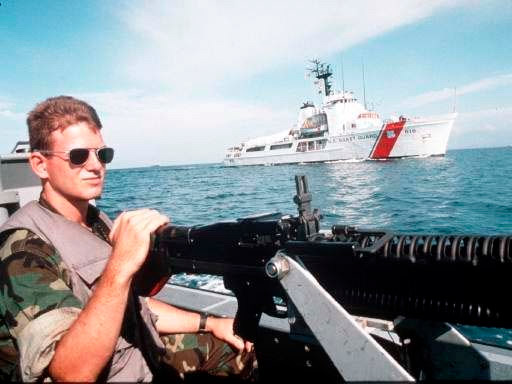 Blount sold the Mystic Isle, and she ended up in the Caribbean ferrying between islands. In 1982, the ferry was seized carrying several tons of marijuana intended for the United States. In 1985, the Air Force planned to use her for target practice and fortunately, bad weather cancelled those plans. Instead, in 1986 she was sunk in 198 feet of water as part of an artificial reef program designed to protect beaches from erosion and to create new fishing spots. She is now a popular dive site. A fitting end for a grand old dame! 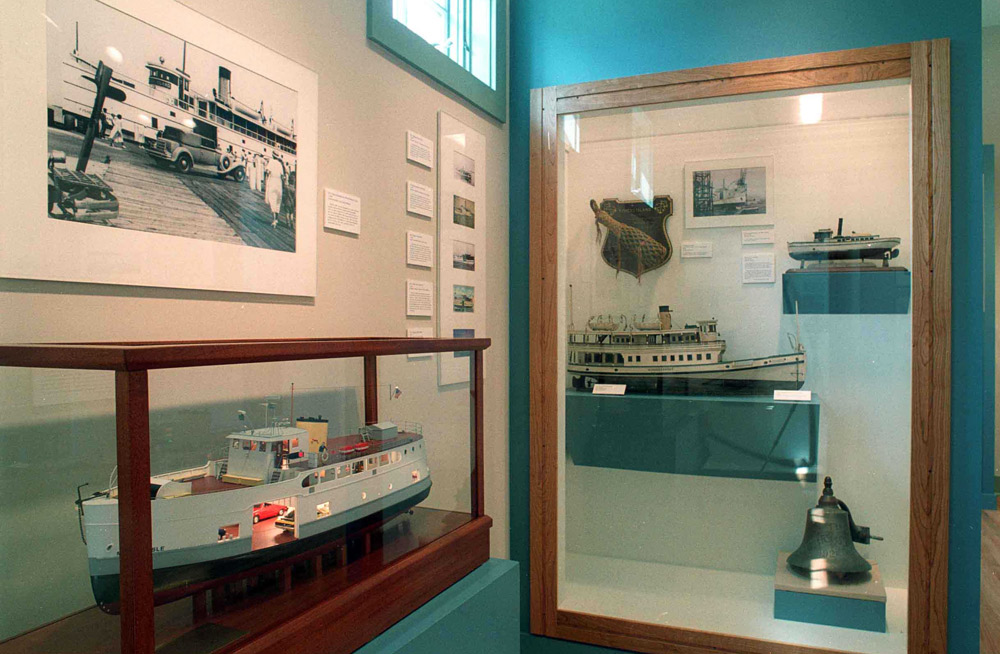 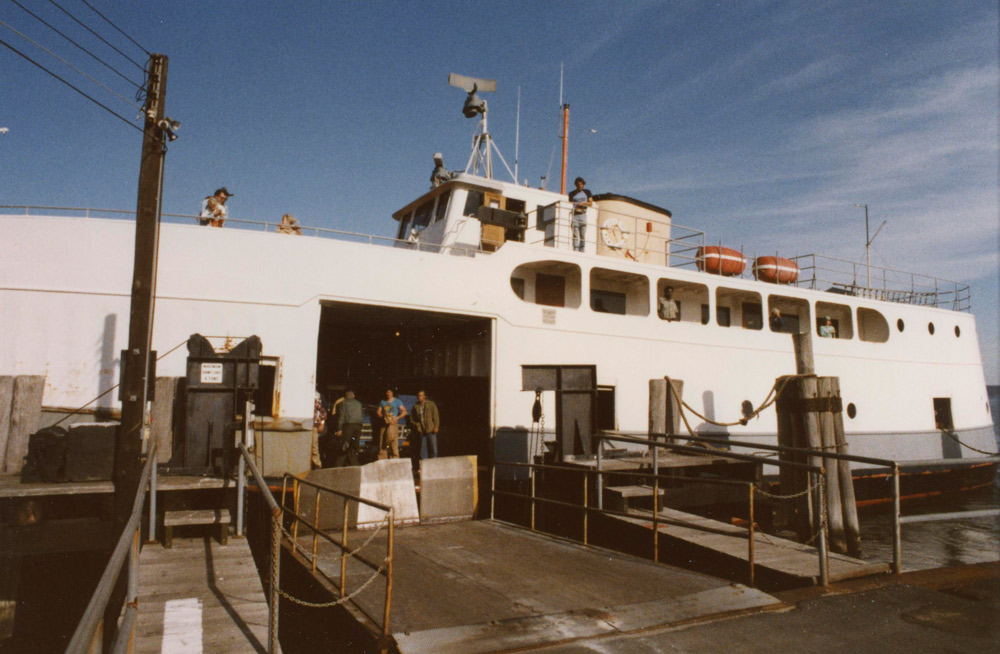 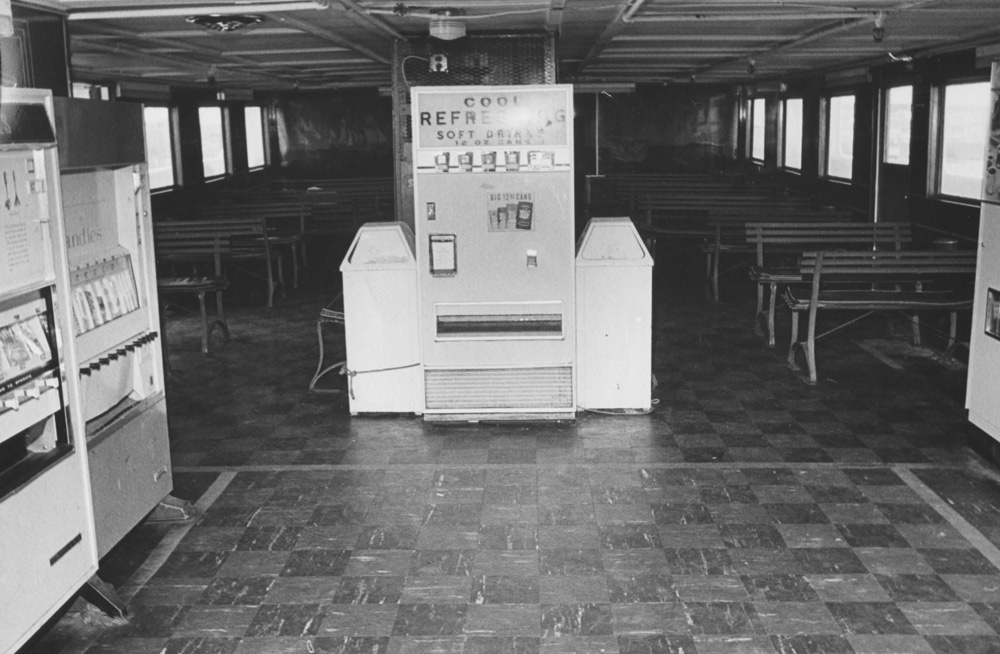 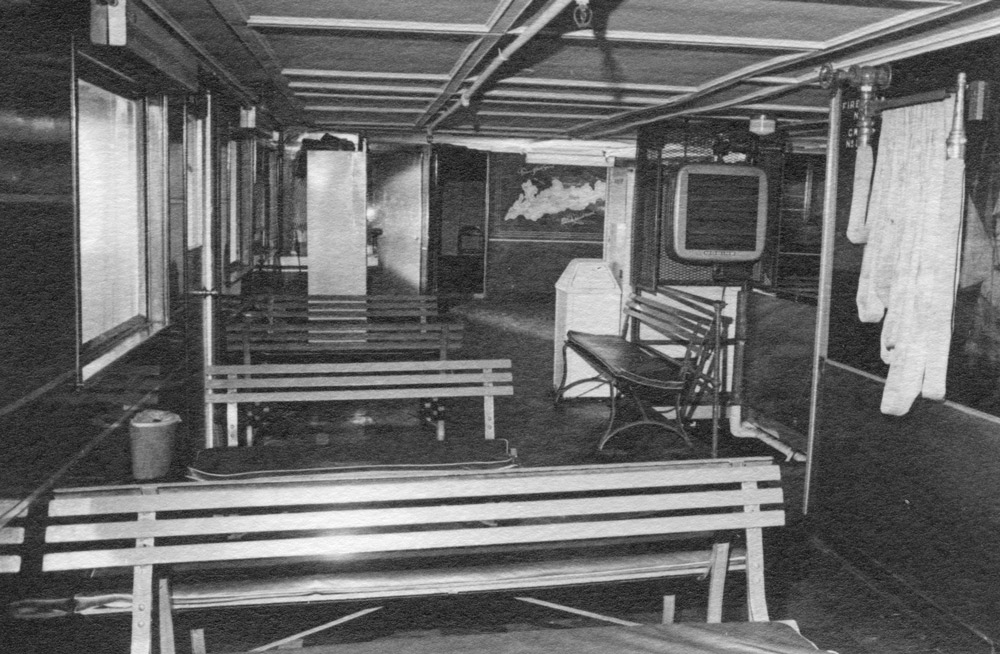 Saturday, February 20 we dove the wreck of the Mystic Isle, a wreck lying due east of Key Biscayne. Dive roster was David Buhlinger, Jody Svendsen, Alex Gilson, and Rick Thomas. Two teams of two. Carlos was our captain, and as always thank you, Carlos, for your superb boat driving. 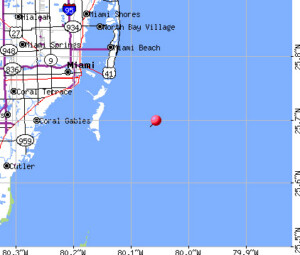 We arrived on-site at 8:45am and were suited up and in the water by 9:10. Dive plan was :20 BT, Average Depth 180-Ft. :30 Deco, starting at 130-ft. :58 Run time. Sea conditions were ideal, flat seas, no appreciable current, good visibility 60-ft+, water temperatures of 74-deg on the surface and 72-degrees at depth. We had a picture-perfect descent and were on the wreck in less than :03. We came in on the starboard side of the wreck near the stern. Scootered up into a large opening in the hull-side and went in below the main deck. It’s an interesting swim-through with just enough potential entanglements to keep the penetration interesting. There was a lot of silt on the decks, of significant build-up evidenced by the way it sloped into any opening in the deck. Being the #4 diver in the group, I had the best over-all perspective of the silt build-up in the wreck! The internal steel bulkheads are still fairly intact. We swam back out and scootered a circuit around the wreck, seeing the overall condition of the structure. Lots of soft corals and sea fans growing on the wreck. We swam into the superstructure on the main deck, around 170-ft, and did a quick passage through. I noticed a porcelain hand-bowl is sitting on the deck in the forward area of the structure. There was no large marine life evident, only a school of small grunts swimming above the main deck. Up above the structure we noticed an opening that seemed to go down into the bowels of the wreck, likely the engine room. We didn’t attempt to enter through here.” 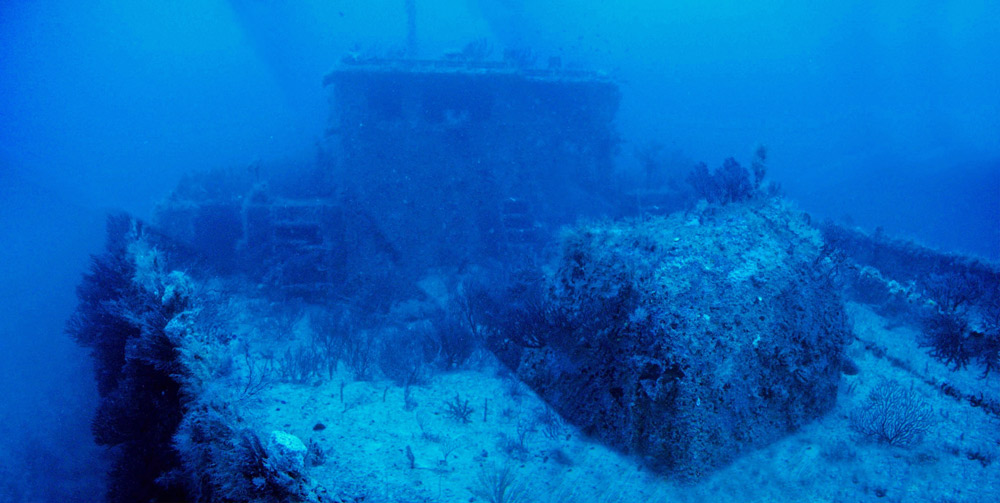 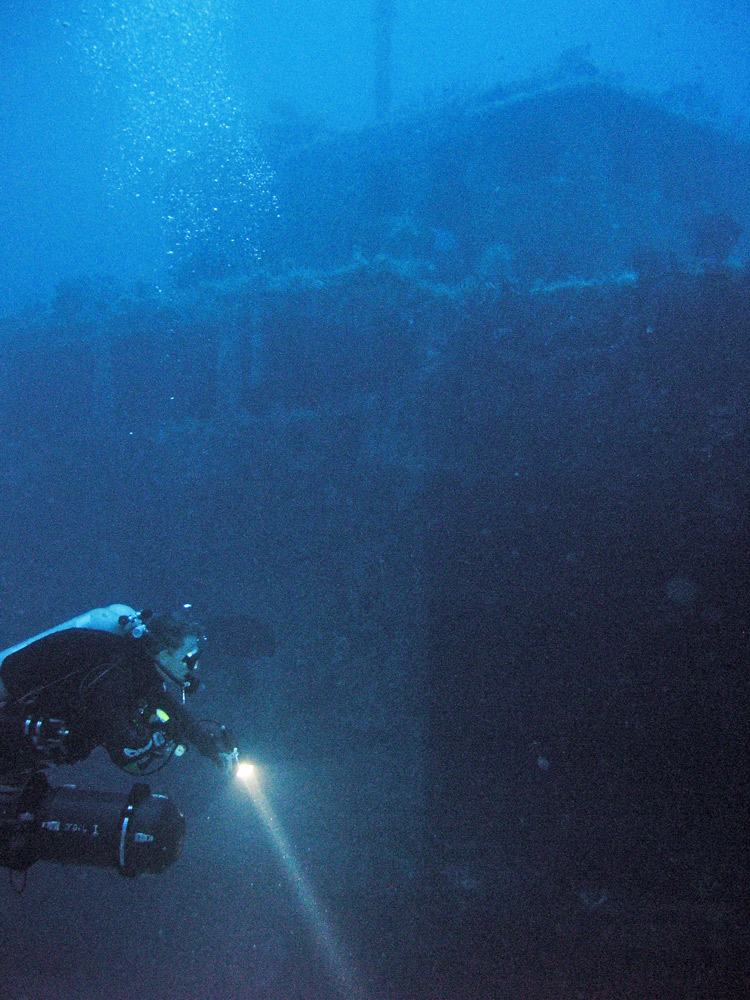 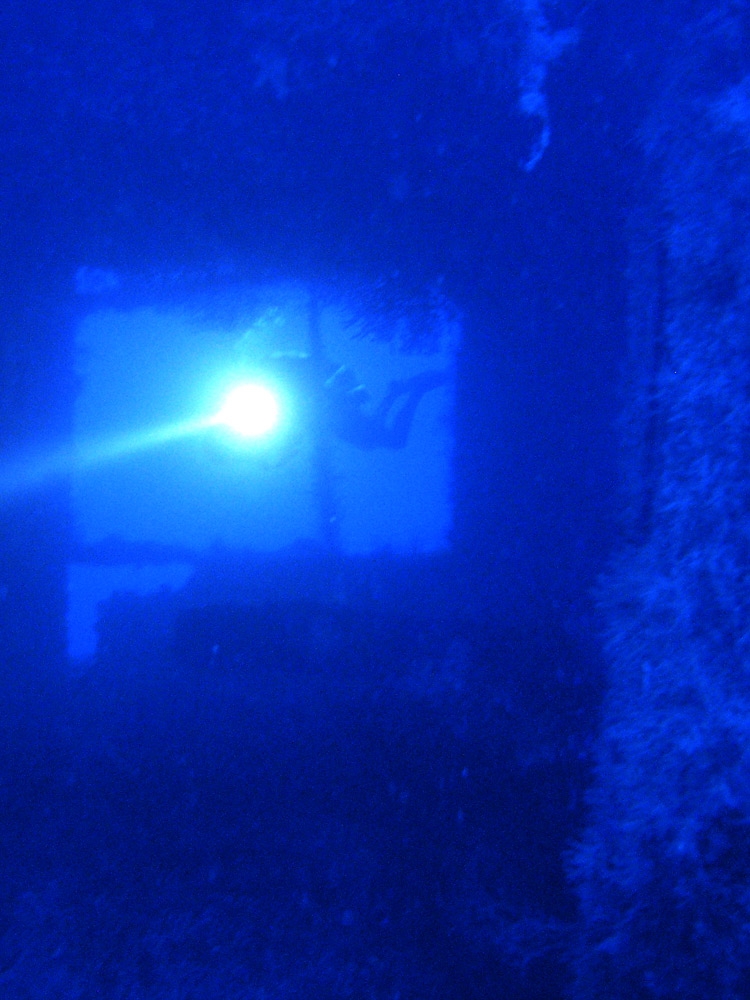 In the late 1990s, Alexander “Sandy” Gaston commissioned Keith T. Bender of New London to fabricate a model of the M/V Mystic Isle, complete with Captain Al Bicknell on the bridge and a button that lights up the parked cars on the ferry’s auto deck.

The meticulously detailed scale model is featured prominently in the Museum’s History Gallery. 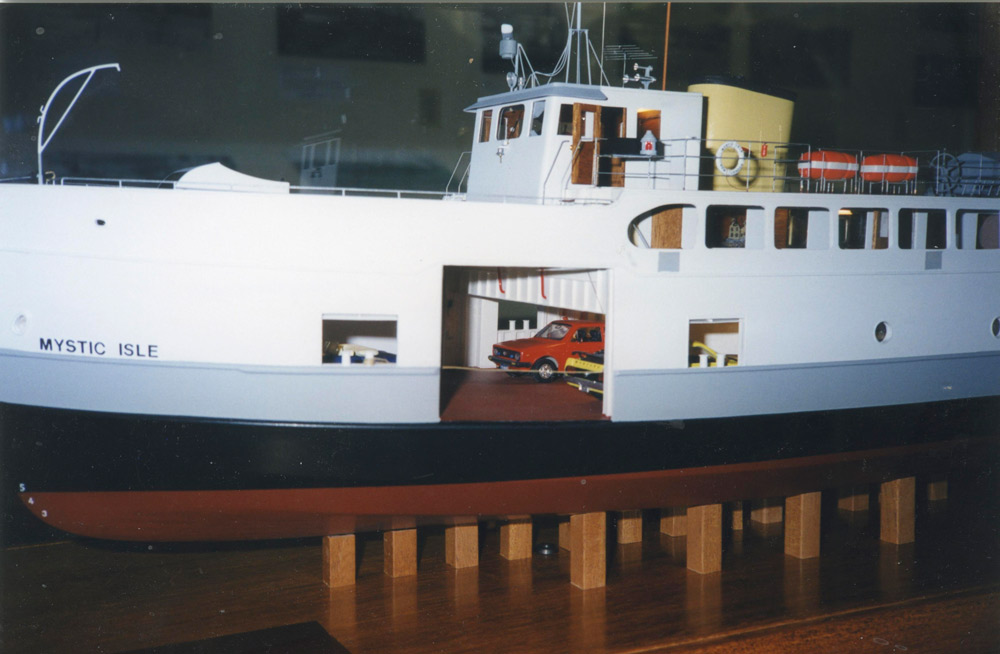 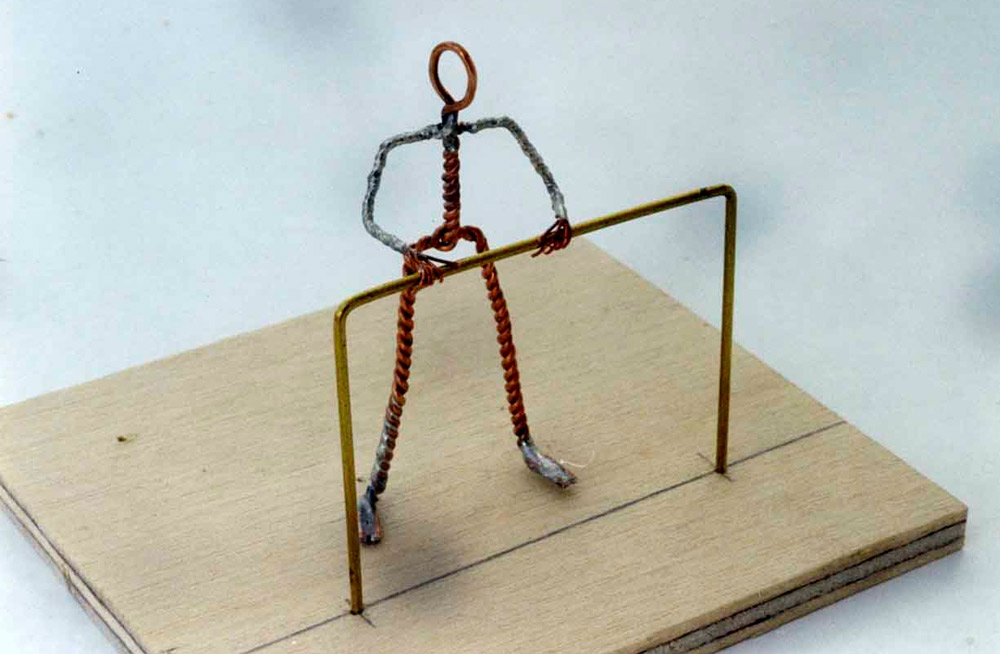 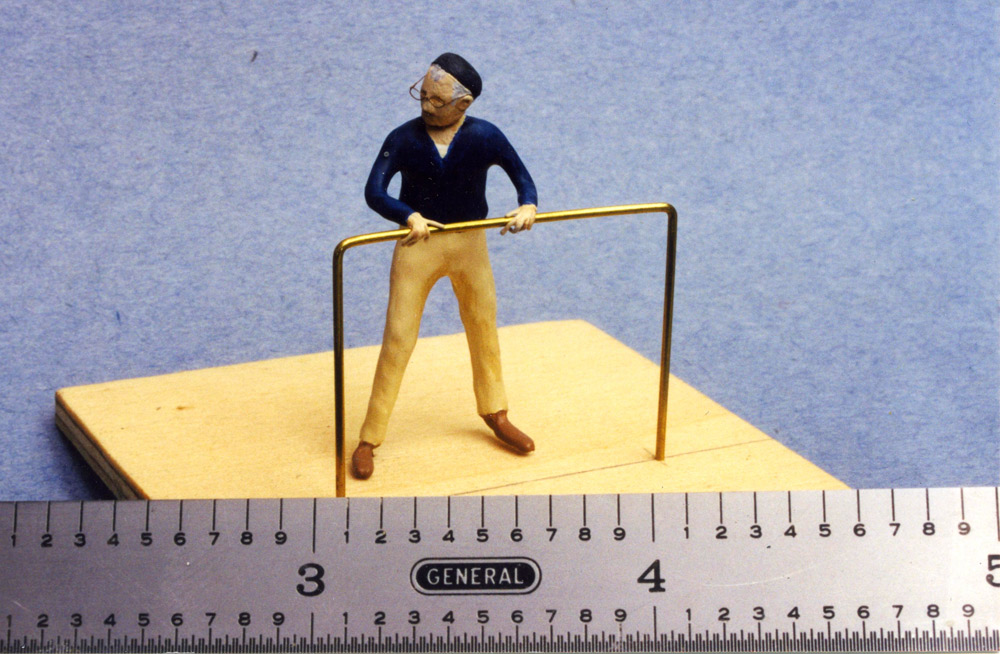 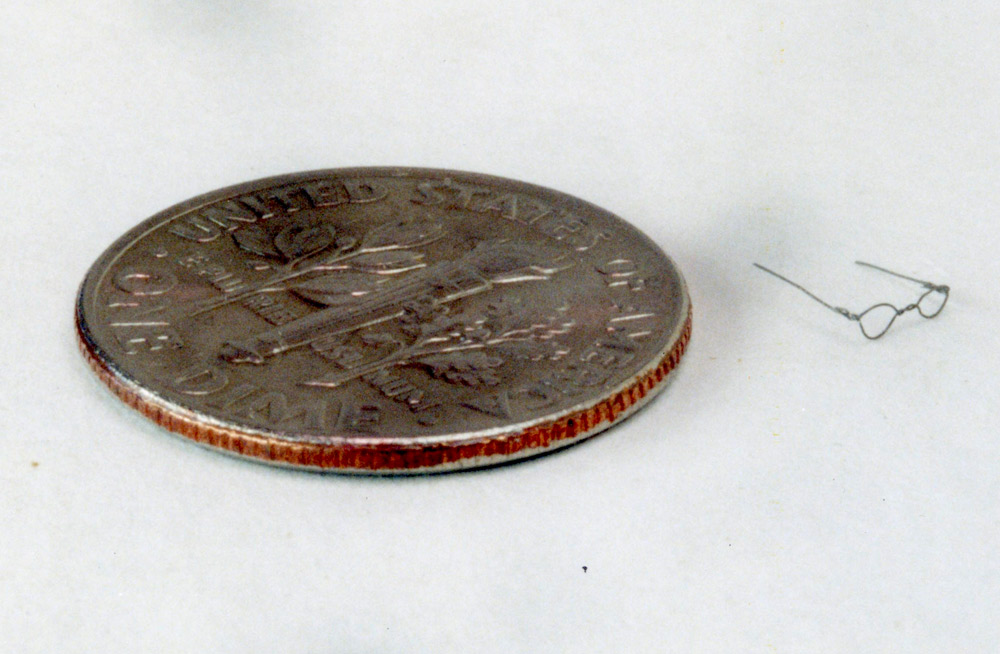 No fouling of the nest.