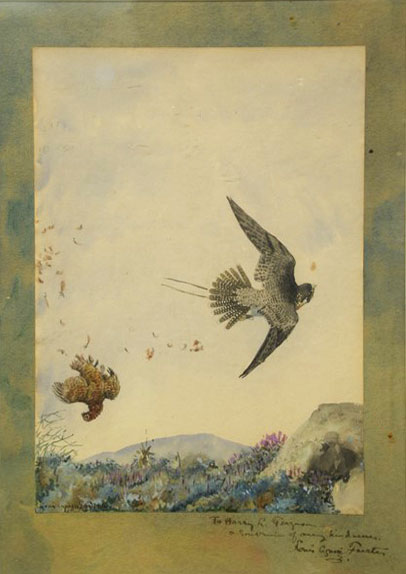 To Harry Ferguson A souvenir of many kindnesses.

On April 7, 2018, the Museum purchased at auction two works of art by celebrated bird artist and illustrator Louis Agassiz Fuertes (1874-1927).

They had originally been given as presents to Henry L. Ferguson in the 1920s by the artist, who was Mr. Ferguson’s friend and hunting partner. After H.L. Ferguson’s death in 1959, the two art works were inherited by his son, Charlie. After Charlie’s death this past January, the family decided to auction the two pieces, along with other works by Fuertes, at Nadeau’s Auction Gallery in Windsor, Conn. After obtaining Board authorization, Bagley Reid was given the task of bidding by phone and online on behalf of the Museum. He was assisted by Pierce Rafferty who was connected via FaceTime, Bagley succeeded in obtaining one of the most desired works: an untitled watercolor on paper depicting a peregrine falcon striking a pheasant in mid-flight. There is a dedication in lower right on matting: “To Harry Ferguson A souvenir of many kindnesses. Louis Agassiz Fuertes.”

Shortly after that success, a second Fuertes’ work was purchased: a pencil and color pencil drawing on paper entitled “Fishers Island.” It was dated “Sep 21 [19]22.” Notes written by Charlie Ferguson about the drawing indicate that Fuertes borrowed Charlie’s crayons at the beach so that he could sketch the birds at shore’s edge. Charlie was only four years old at the time. 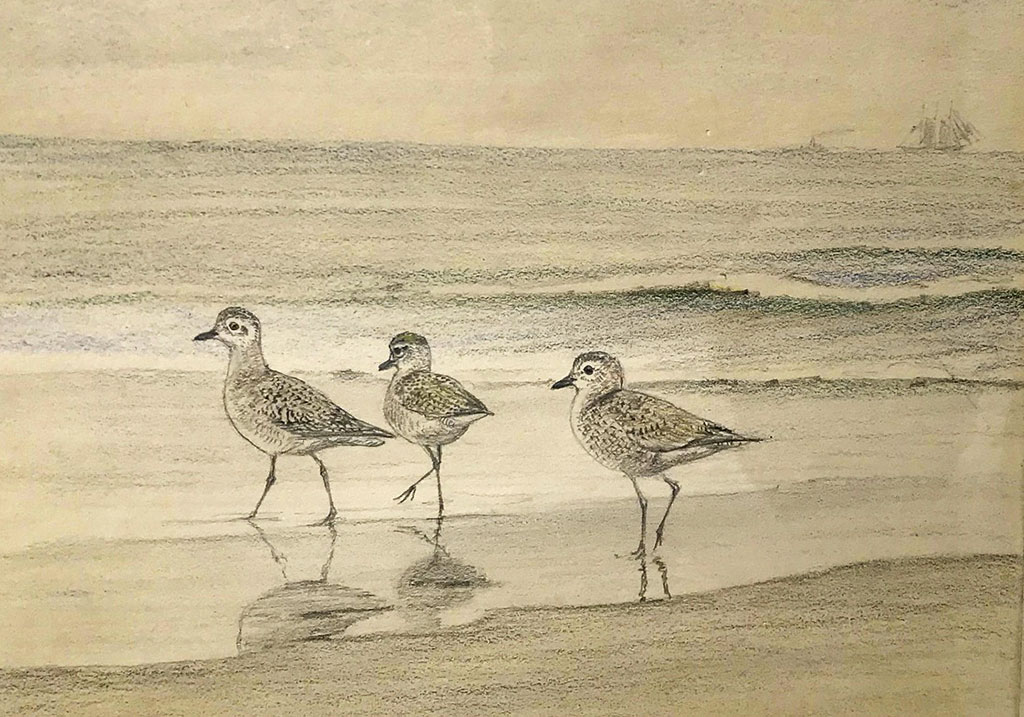