Nature, Culture, and Democratic Space: The Resonance of Olmsted in a 21st Century Practice 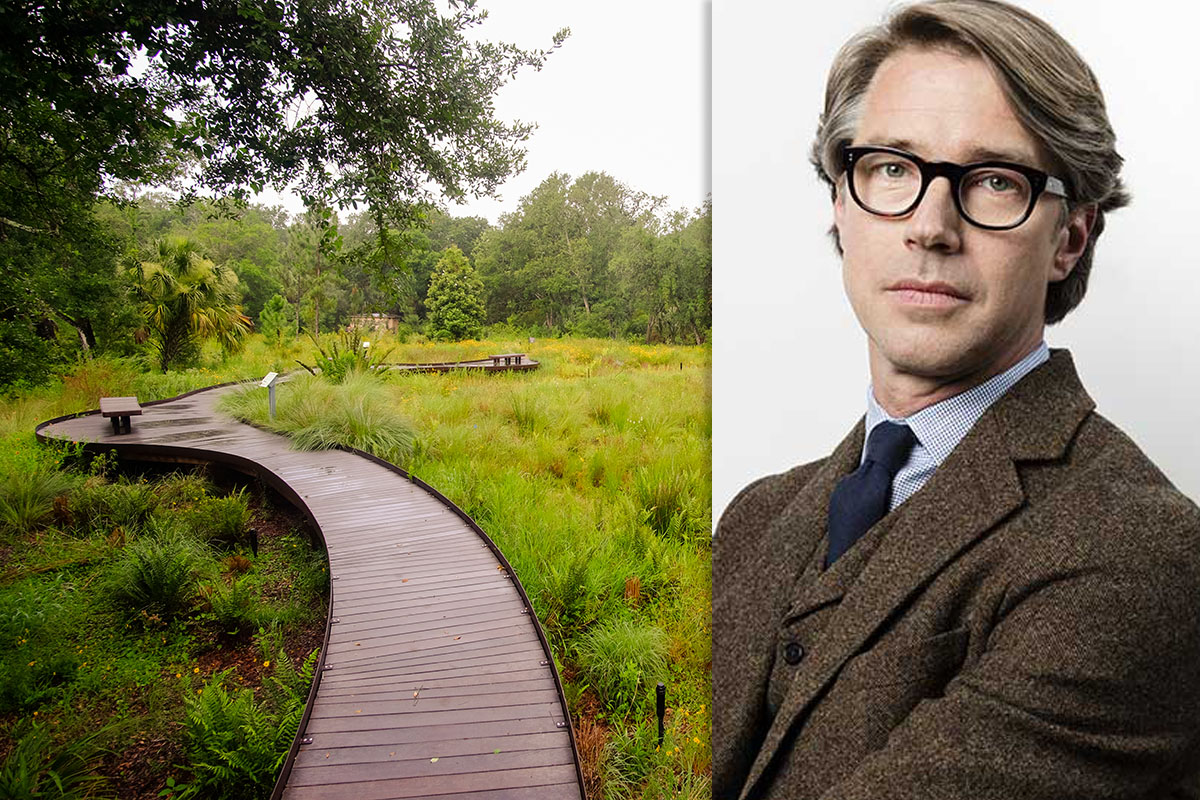 Nature, Culture, and Democratic Space: The Resonance of Olmsted in a 21st Century Practice

Illustrated talk by Thomas Woltz, Principal of Nelson Byrd Woltz Landscape Architects (NBW), who will discuss the resonance of Frederick Law Olmsted’s work and legacy in contemporary landscape architecture as practiced by his firm.

Inspired by Olmsted’s legacy of imbuing landscapes with culture, utility, and beauty, NBW applies a research-based approach across a wide array of projects, including botanic gardens, cultural and historic landscapes, and public parks. NBW designs respond to each site as they are created through a process of deep listening to the land, its ecology, and the history it holds. 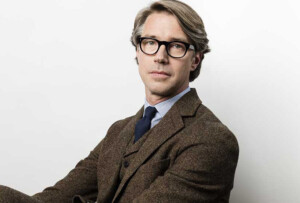 Over the past two decades of practice, Woltz and his team have developed a unique approach to the designed landscape using ecological and cultural research as the foundation for designing meaningful contemporary landscapes that inspire deep connections between people and the natural world. Public landscapes in the US and abroad form the majority of the firm’s design work. These include parks, botanic gardens, arboreta, and educational and cultural campuses. The balance of the work is related to conservation of biodiversity within large productive and agricultural landscapes.

Woltz was educated at the University of Virginia and holds Masters degrees in Landscape Architecture and Architecture. He also holds an honorary Doctor of Science degree from the State University of New York, Environmental Science and Forestry in Syracuse. He was recognized with the Land for People Award by the Trust for Public Land in 2019 and as one of the most creative people in business by Fast Company in 2017. The Wall Street Journal named him the Design Innovator of the Year in 2013. Woltz currently serves on the Board of Directors of the Cultural Landscape Foundation.

Bok Tower Gardens has been a place of inspiration for the people of Central Florida since its inception in 1929. Motivated by the beauty and diversity of Central Florida, philanthropist Edward Bok purchased a large tract of scrub and pine land to create a bird sanctuary and a place that would “touch the soul with its beauty and quiet.” Although plantings have changed over time, the core of Bok Tower Gardens has remained remarkably unmodified since Edward Bok and Frederick Law Olmsted Jr. began collaborating in 1922.

In 2012, NBW was brought to implement several projects identified during their recently completed master planning process. The landscape architect extended and advanced initiatives from the plan, prompting the design of a series of new garden spaces and improving access and circulation throughout while preserving and integrating the cultural landscape of Bok and Olmsted Jr. The new gardens engage and orient visitors, showcase native plants in both natural settings and domestic landscapes, and integrate educational narratives of species interdependence and ecosystem well being. 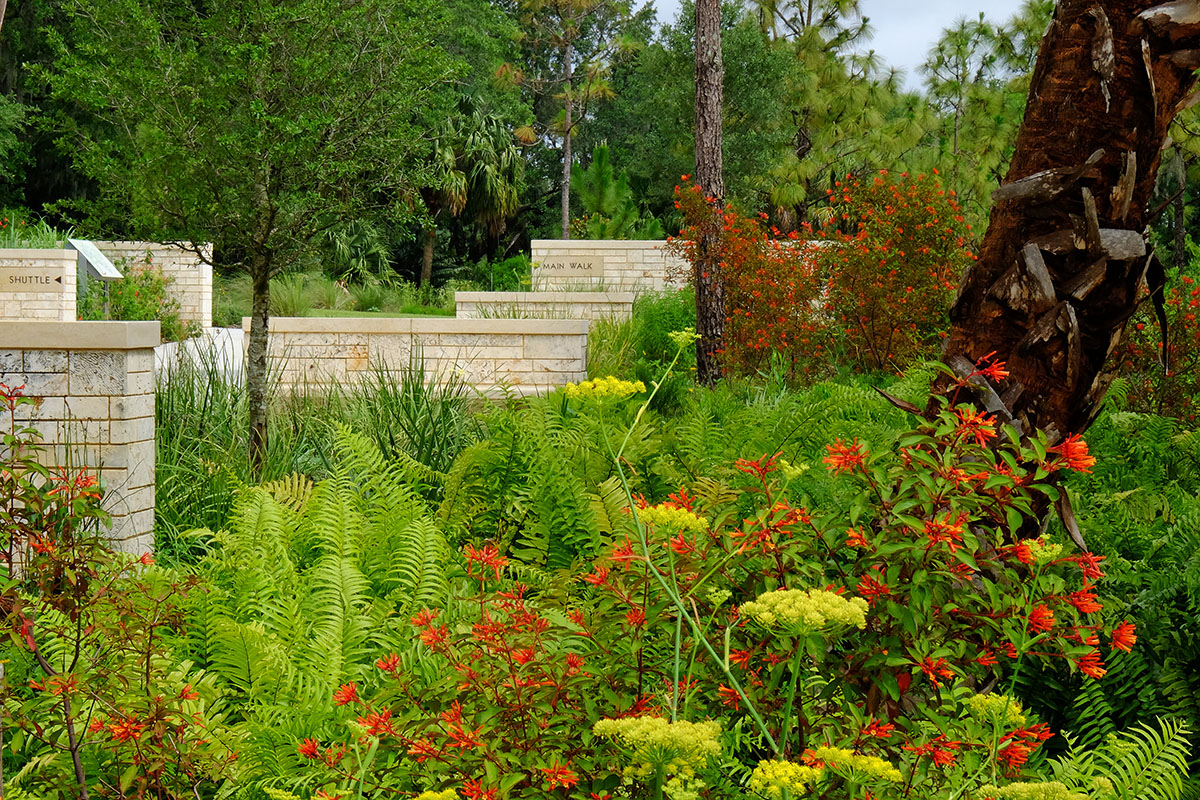 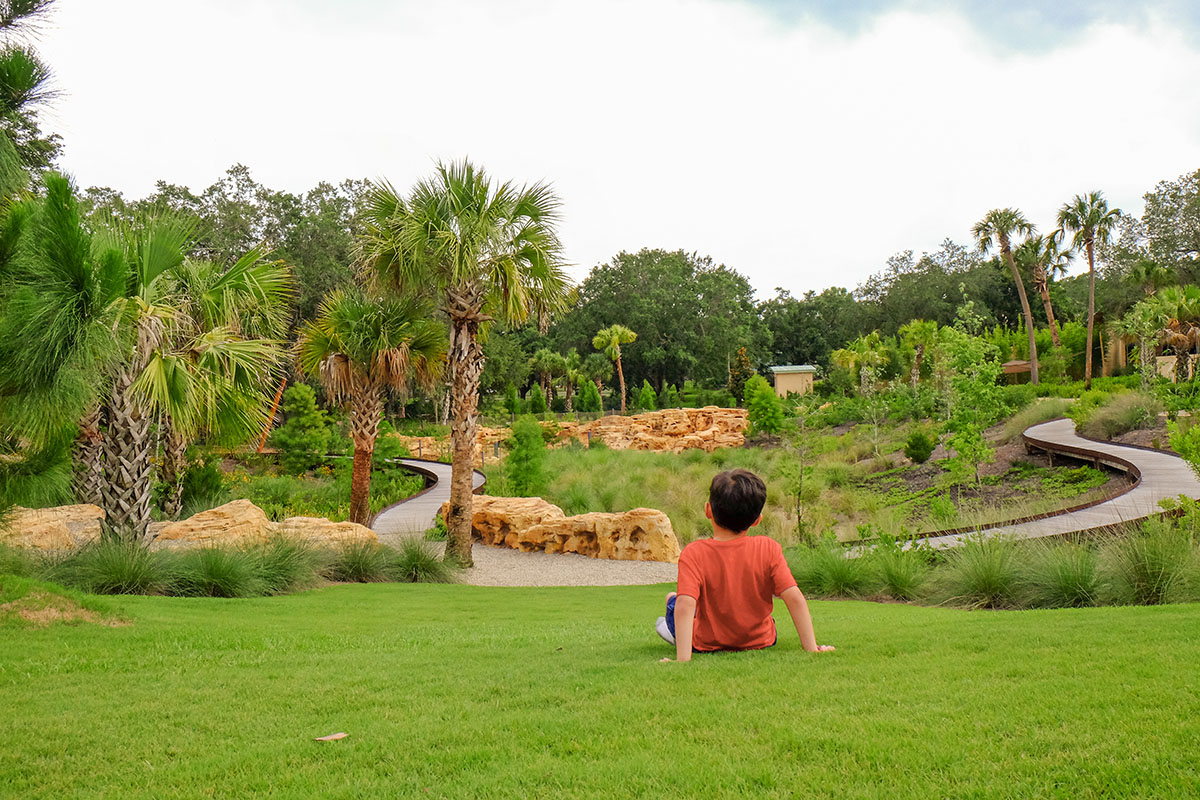 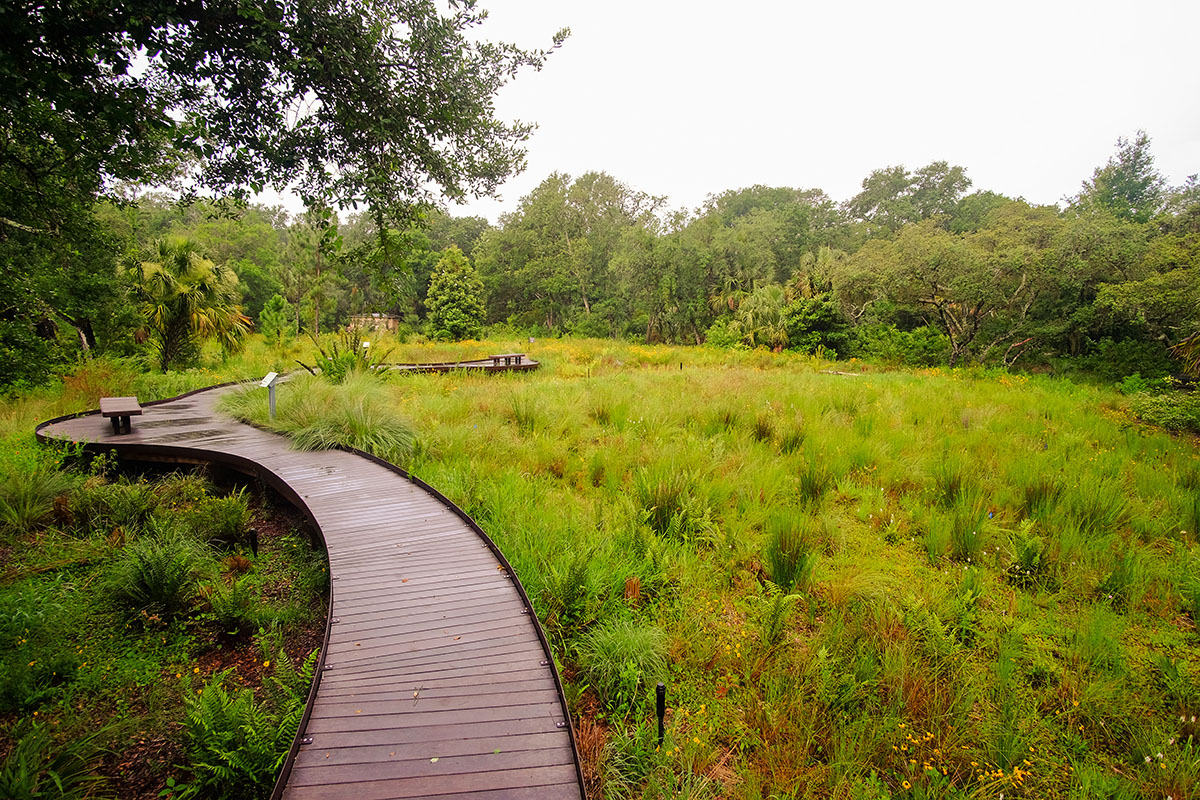