If you happen to be in New London, Connecticut and look to the south, you will see Fishers Island, a mysterious and unknown place to many people and before last summer that included me. It is an extension of the Harbor Hill glacial moraine that continues to the northeast of the North Fork of Long Island. Little Gull, Great Gull and Plum islands lie along the moraine between Fishers Island and the North Fork. Its eastern tip is only 1.9 miles from mainland Connecticut but the western tip is 6 miles from New York’s Little Gull Island, so it is closer to Connecticut and can only be reached by auto ferry from New London and commuter ferries from Noank. The development on the island consists mainly of large estates, their recreation facilities and support infrastructure. The eastern two thirds of the island is closed to the public. There is an old Army fort and small airfield at the western tip of the island where the ferry docks. In addition to the development, there are large natural areas associated with the estates, preserved as natural areas on Town of Southold property, or by the Henry L. Ferguson Museum’s Land Trust.

When I started my position at the Natural Heritage Program in the early 90s, Gordon Tucker from the New York State Museum and Ed Horning from Fishers Island were in the middle of updating the flora of Fishers Island, the first time it had been done since Charles Hanmer had published a flora in 1940 (Hanmer 1940). In the 1999 summer issue of the Long Island Botanical Society newsletter, Ed Horning describes their work and 15 rare plants that they had documented, a number Ed considered remarkable (Horning 1999).

In 2020 Pierce Rafferty and Jack Schneider of the Henry L. Ferguson Museum contacted us about planning a rare plant, rare animal, and natural community survey of the 77 parcels of natural area that the museum owns or holds easements on. I was very excited to get a chance to start the survey since I had never been to the island and had never seen some of the rare species that grow there. In 2021 we began a two-year survey of the parcels that span the entire length of the island and have a total area of about 346 acres. With the generous help of the museum staff, I started the plant surveys, chief zoologist Matt Schlesinger headed up the animal surveys, and chief ecologist Greg Edinger performed the natural community surveys.

During my research into the rare plant species that have been found on the island, I looked at the rare plants that had been listed in Hanmer’s flora and the plant specimens that had been collected by Tucker and Horning for their flora. Since the early 90s, more plants have been added to the Heritage rare lists, and a few have been removed, but the number of rare plants on the island that were once documented or currently exist on the island has grown to an incredible 67 species. The list includes 52 species ranked S1-S2S3 (endangered or threatened) that are on the active list, and 15 species ranked S3 (rare) that are on the watch list. They include 32 species that were originally documented by Hanmer, 47 that were documented by Tucker and Horning, and 12 that have been documented so far by Heritage surveys. This number of active list species is the same as the number that have been documented in Long Island’s coastal plain ponds, but the total number of rare species is more because the coastal plain ponds only have three watch list species. Therefore, Fishers Island, at 6.8 miles long and 4.2 square miles in area, has the most documented rare plant species of any comparable area in the state. Looking at the number of times some species were documented and the length of time since they were last seen, I think that 14 of those species are probably extirpated from the island.

Many changes have taken place to the island vegetation over the decades with changes in land use, fragmentation (although large estates have reduced the amount of possible fragmentation), storm events, and the introduction of many new invasive species. Some invasive species like old world phragmites (Phragmites australis), Asian bittersweet (Celastrus orbiculatus), Japanese honeysuckle (Lonicera japonica), Japanese knotweed (Reynoutria japonica), rugosa rose (Rosa rugosa), and porcelain berry (Ampelopsis glandulosa) now dominate many areas of formally native vegetation. The floras of Hanmer, Tucker and Horning, and our work have documented a total of 45 invasive plant species on the island.

The 77 museum parcels encompass a wide variety of natural communities from sandy to cobbly to large boulder beaches, maritime and freshwater wetlands and ponds, maritime grasslands, and uplands dominated by deciduous forest, shrubs, or vines. It’s obvious that this wide variety of coastal plain habitats would support many rare species. Our surveys were focused on the museum parcels, so we were not updating all the rare plant occurrences that have been documented at the approximately 50 locations around the island.

Here are some of the rare species that I saw during the two weeks that I was on the island.

Unlike the beaches of the South Shore of Long Island, the beaches of Fishers Island are composed of larger cobbles and boulders and are fairly difficult to walk on, so you rarely see people on them. In the past they had supported the most occurrences of the very rare Angelica lucida (seacoast angelica), but this plant was not seen at all during our surveys in 2021. One rare plant that was common on the beaches was Chenopodium berlandieri var. macrocalycium and Fishers Island has the most plants of any location in the state. Honckenya peploides (seabeach sandwort) was also very common on some of the beaches with its very recognizable stiff, four-ranked leaves. In small salt marshes adjacent to the beach, Potentilla anserina ssp. pacifica (coastal silverweed) and Plantago maritima var. juncoides (seaside plantain) grow in small populations. Another beautiful plant that we saw at four different locations on the island was Spiranthes vernalis (grassleaved ladies’ tresses). One location was only a few yards from the edge of the beach, a habitat where I had never seen it before. Jack Schneider showed me a population of the stunning Iris prismatica (slender blue flag) at the edge of a grassland where large numbers of Eutrochium dubium (coastal plain Joe Pye weed) are growing – quite a sight. In the freshwater wetlands, we saw a nice population of Hottonia inflata (featherfoil), large numbers of Glyceria obtusa (coastal manna grass), and the floating leaves of Hydrocotyle umbellata (many-flowered marsh pennywort). The pennywort also occurred in a wet spot along a grassland trail where Juncus dichotomus (forked rush) was its companion.

During the field season of 2022 our plant surveys will look at parcels that were not surveyed in 2021 and additional rare species that we couldn’t find or needed additional location information for more targeted surveys.

Fishers Island is a special place and a hotspot for rare plant species, and we are eager to continue our surveys this field season. We look forward to reporting back to you about our finds in a future issue. 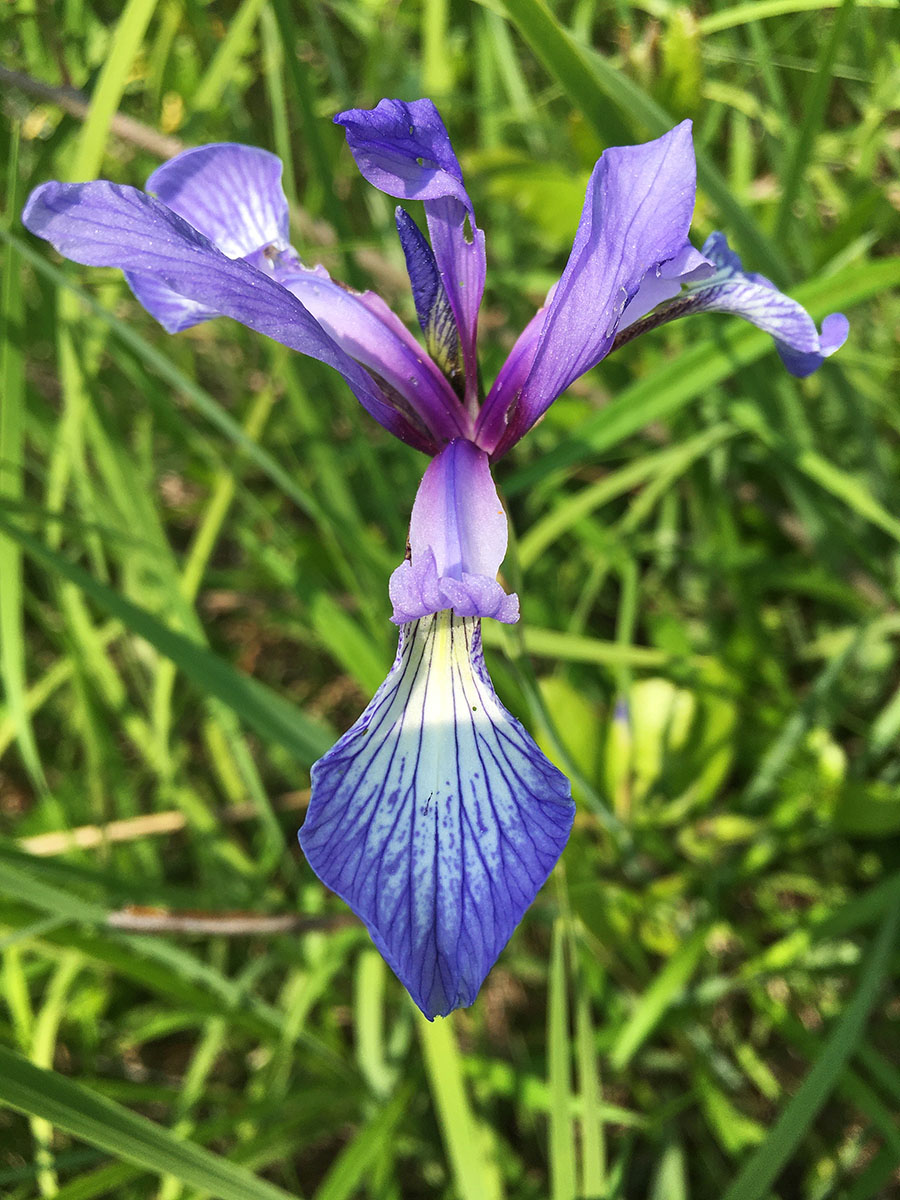 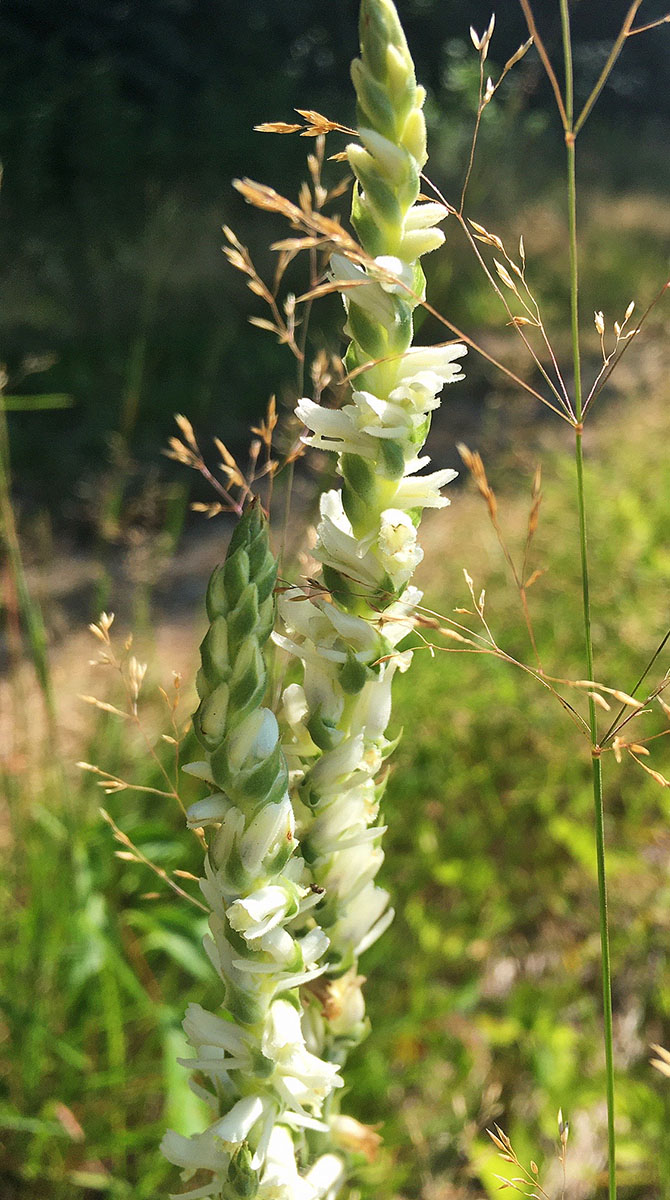 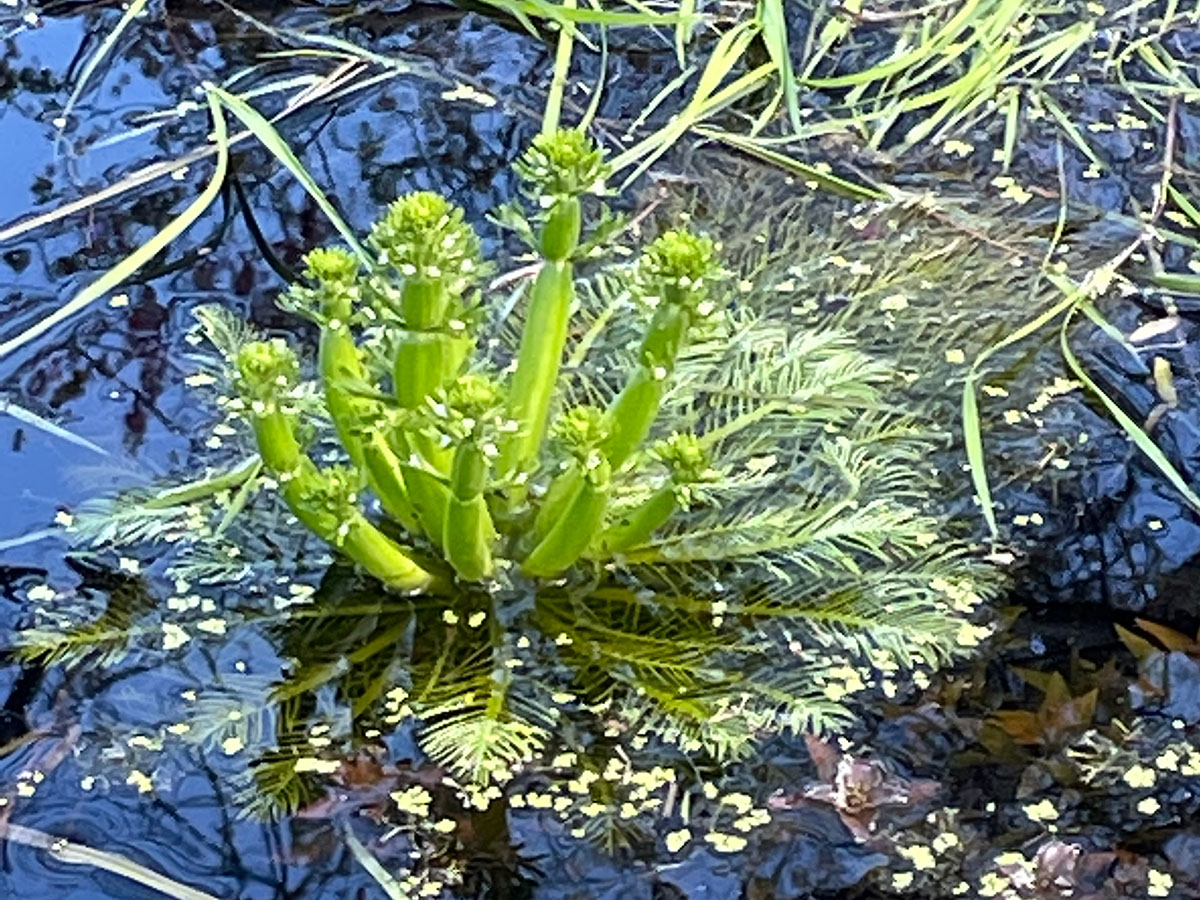 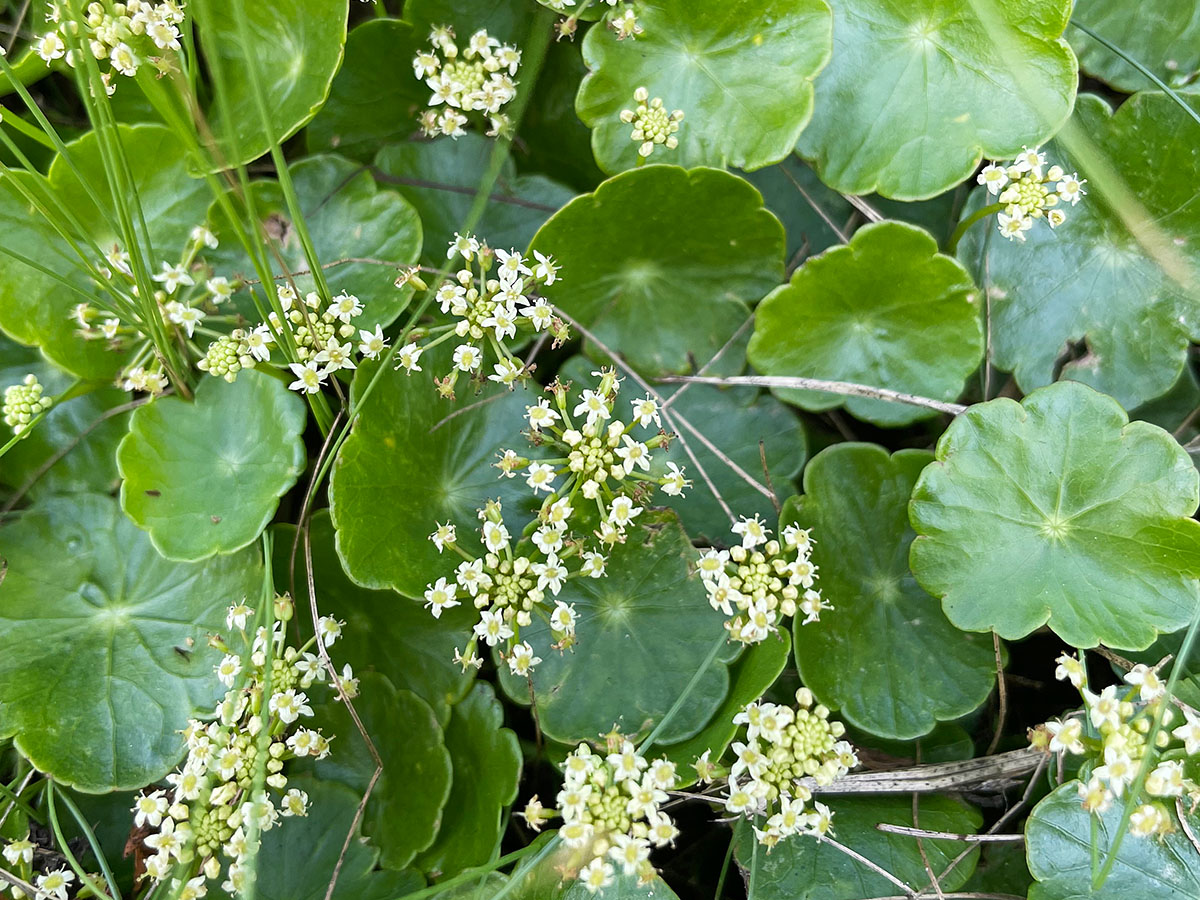 Editor’s note: This article was first published in The Quarterly Newsletter of the Long Island Botanical Society (LIBS) Vol. 31. No. 4 Fall 2021. Reprinted with the permission of Eric Lamont, president of LIBS, and the author. Due to space constraints, the photographs illustrating Mr. Young’s article in this newsletter are different from those originally published in the LIBS newsletter. Also missing from this reprinting is a table created by the author that breaks out the rare plants of Fishers Island by scientific name, common name, rarity rank, and recorded study source with an asterisk indicating “species probably extirpated.” If you would like a copy of this Rare Plants of Fishers Island table, please email Pierce Rafferty fimuseum@fishersisland.net and a pdf of same will be sent to you by reply.

Note also that Steve Young retired from NYNHP in early May 2022 after a distinguished career as their chief botanist. We thank him for all his contributions to the field of botany and for his work on Fishers Island.