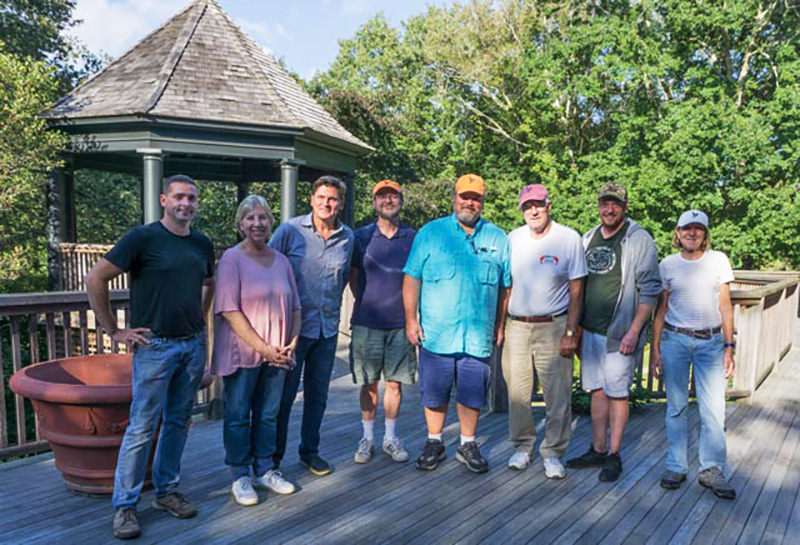 Saturday, September 18, 2021 was a perfect fall day, with a deep blue sky, puffy clouds and cool temperature. When the ferry docked around 11 am, a group of seven travelers with backpacks walked off the ramp to be greeted on Fishers Island by seasonal resident and Museum Trustee Marnie Briggs, who wrote her master’s thesis on the archaeology of the Island, and year-round Island resident and Museum Trustee Ken Edwards, who has collected Native artifacts on the Island for years. The day trippers were not visiting the island for the scenery. Their mission was to investigate ancient Native sites recently located on Fishers Island.

The group was from the 1523 Project, a multi-disciplinary, scientific team from eastern Long Island. They came to do an archaeological survey, bringing with them tools for drone flights, 3D fractal mapping, highly accurate GPS, high-resolution photography, measuring devices and more.

The team of professors, imaging specialists and others included Southold Town Planner Mark Terry and Southold Indian Museum Trustee and explorer Joe Cato. The group was whisked from the ferry to the Henry L. Ferguson Museum, where Director Pierce Rafferty greeted them and gave a tour and briefing. They then separated into groups and began their work reviewing the museum’s extensive displays.

Marnie Briggs showed Dr. Troy Tucker (anthropologist) a quartzite stone tool that was found on Fishers Island and that had been donated to the museum in 2020. Historical researcher Robert Charde conferred with Rafferty over maps and sites, Dr. Lucinda Hemmick, president of the Southold Indian Museum, pored over Ken Edwards’s artifact collection and quickly identified a piece of a large vessel made of steatite, a soft rock mined in Rhode Island. Steatite vessels are ancient, imported trade goods found on Fishers Island and Long Island and date back 3,000 years.

In a three-car caravan, the science team, led by Briggs and Ephraim Horowitz (founder of the 1523 Project), crisscrossed a section of the Island. In just a few hours they surveyed several sites of interest including a quarry with high-quality stone for tool making, two possible ceremonial stone landscapes, a possible owl effigy and a possible serpent petroglyph adjacent to a water source.

Sean Tvelia, chairman of physical sciences and professor of geology at Suffolk County Community College, and Robert Charde have identified Fishers Island as an ancient travel route, tied to the steatite trade of ceremonial vessels from Rhode Island, many examples of which are displayed at the Southold Indian Museum. This era is known as the Archaic (6000–3000 years ago) and at that time Fishers Island reached nearly to Rhode Island. The Island’s northern shore featured a long, thin, shallow harbor that would have provided abundant seafood and other resources for the Native people. The most important Archaic era sites seem to cluster around that area. Clovis points dating to 12,500 years ago have been found on both sides of Long Island Sound indicating possible travel between the coasts at far earlier dates.

After a full day of exploring Native artifacts and sites, the Long Island group boarded the ferry looking forward to returning next year to continue their research on the Island in partnership with the Museum.

Fishers Island is an important place in the history of the Algonquin people that Henry L. Ferguson, Marnie Briggs, archaeologists Robert Funk, John Pfeiffer and others have previously investigated. In the months to come that investigation will widen and Fishers Island’s lost ancient history may slowly become better known.

The Henry L. Ferguson Museum’s partnership with scientists and historians on Long Island is an exciting new chapter in the archaeological study of Fishers Island, and the fact that most of the recently discovered sites are on the Museum’s Land Trust properties shows just how important those protected areas are. 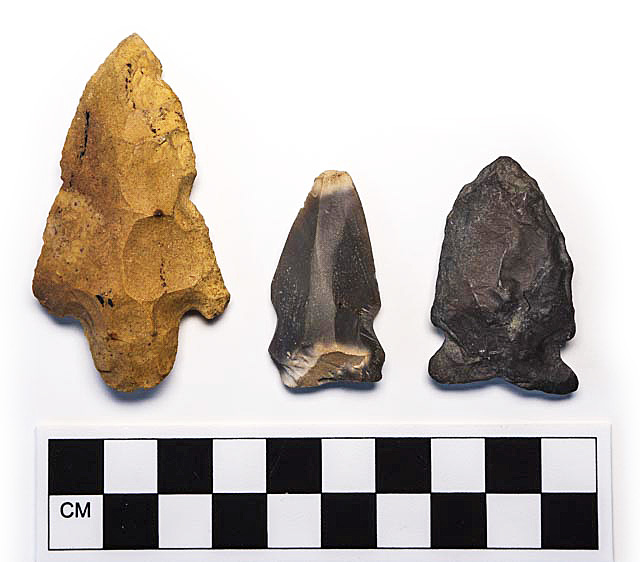