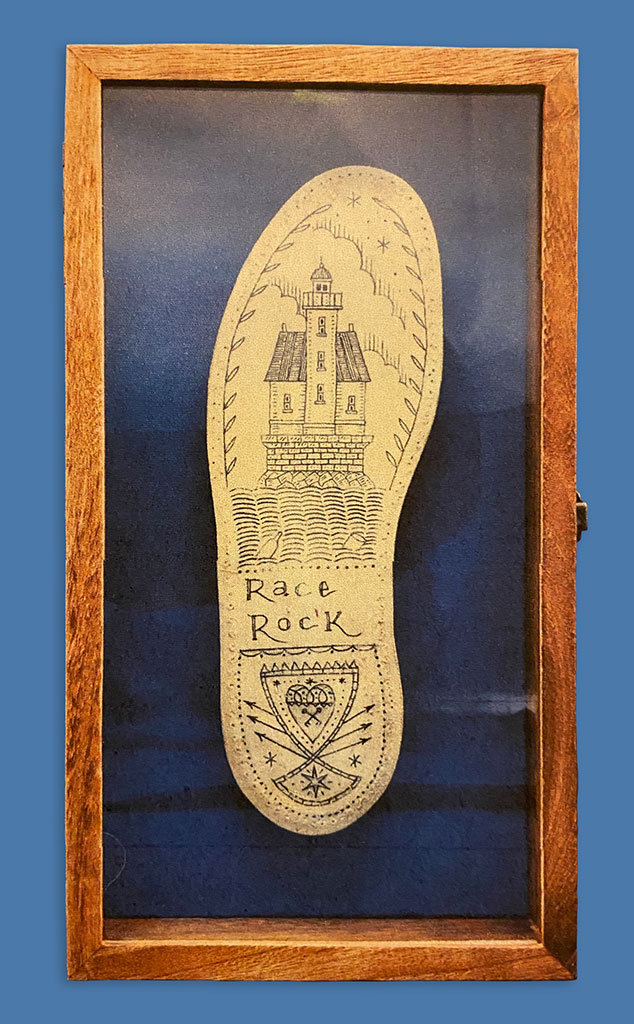 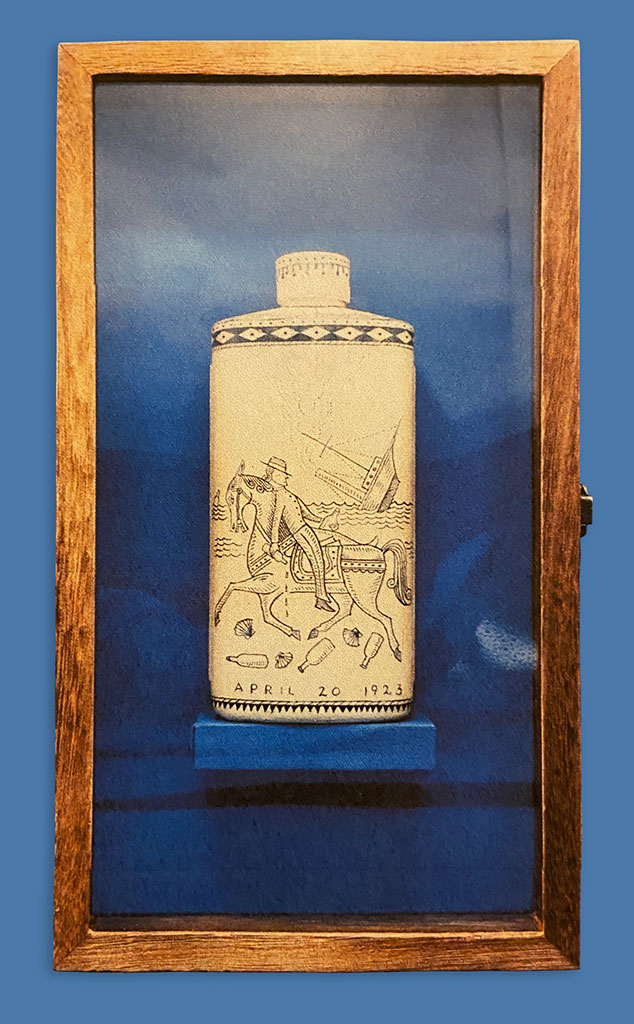 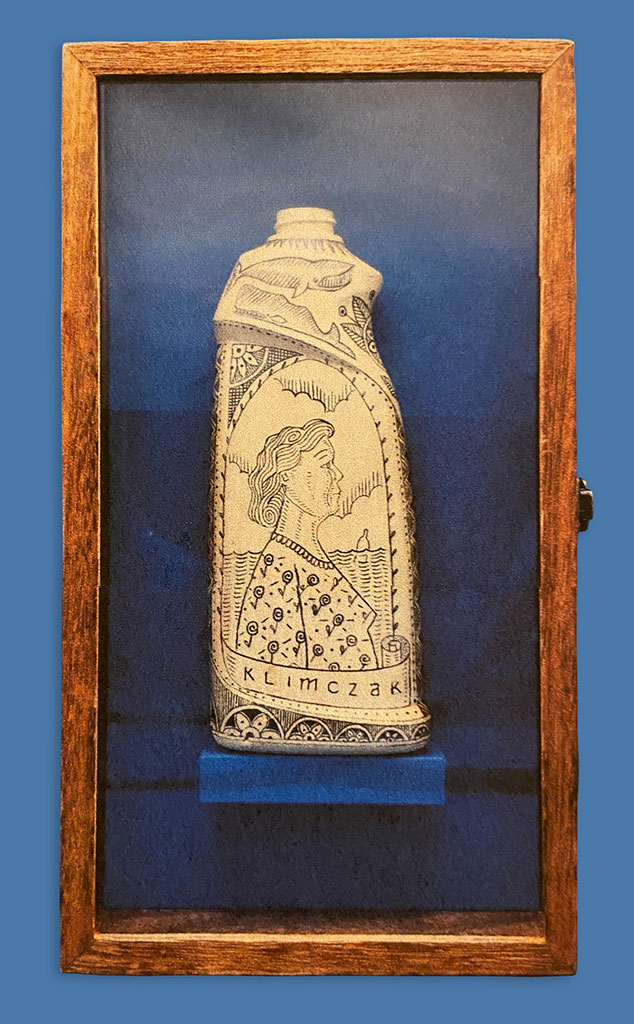 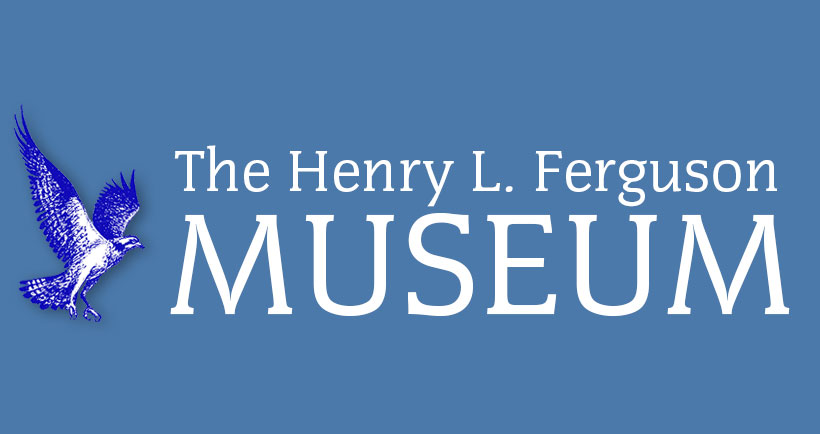 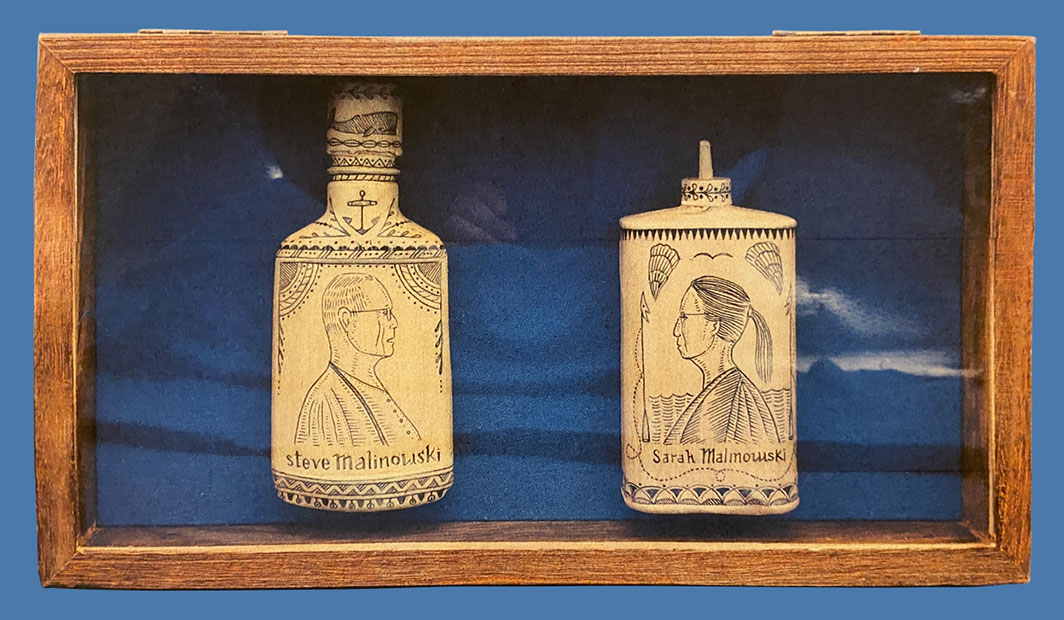 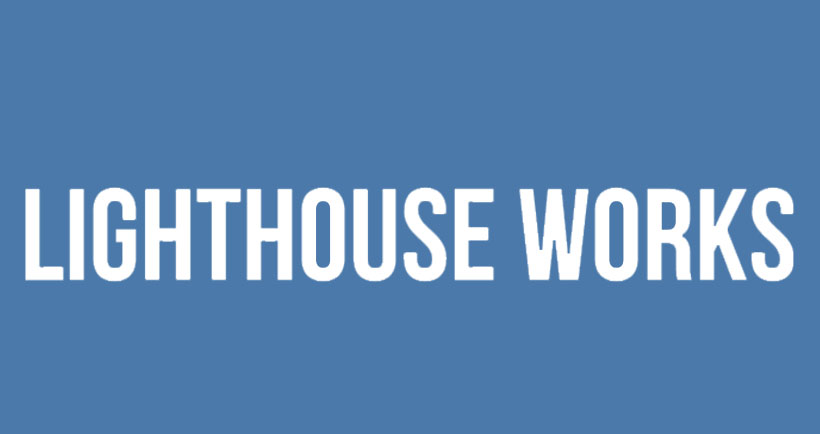 These four artworks by Duke Riley are made from salvaged plastic and rubber debris found on Fishers Island’s beaches. The bottles and shoe sole are treated to create a surface that mimics bone, providing a ground for Riley’s scrimshaw-style ink drawings of historical scenes and portraits of island contemporaries.

Duke Riley (b. 1972) received his BFA from Rhode Island School of Design and his MFA from Pratt Institute. Riley is fascinated by maritime history and events around urban waterways.  His signature style interweaves historical and contemporary events with elements of fiction and myth to create allegorical histories.

Riley has produced commissions for New York City’s Percent for Art program (2015) and MTA Arts for Transit (2010); participated in the 10th Havana Biennial (2015); Brazil’s Mercosul Biennial (2011); and held the First St. Patrick’s Day Parade in Havana as part of the Havana Biennial (2009). Riley has completed residencies at Lighthouse Works (2019), The MacDowell Colony and Yaddo (2017), and Creative Time. In 2015 he received Pratt Institute’s Mid-Career Achievement Award and has been awarded grants from the Pollock-Krasner Foundation (2010-11) and the Joan Mitchell Foundation (2011).

The works were on exhibition at the Henry L. Ferguson Museum through Labor Day Weekend 2020. A portion of each sale will jointly benefit the Museum and Lighthouse Works.