In this program, Ms. Rasa explored the U.S. Lighthouse Service and took a look at five remarkable women keepers. In fact, hundreds of American women have kept the lamps burning in lighthouses since 1776, when Hannah Thomas’s husband, the official keeper of Gurnet in Plymouth, Massachusetts, left to join the battle for American independence. Most of these women served in the 19th century, including three in our local area.

Before the U.S. Coast Guard took over for the U.S. Lighthouse Service in 1939, families lived and worked at lighthouses. The keeper’s family learned to tend the light and some wives and daughters became the official keepers or assistant keepers. This was the second national paid position given to women in the U.S. besides that of clerk: lighthouse keeper.

Ms. Rasa is a historian who worked as a museum curator and park ranger for the National Park Service for 16 years. She holds a BA in Historic Preservation and a Masters in Library Science. She currently conducts historic programs as well as completing grants, research, and exhibit work as an independent contractor. Women Lighthouse Keepers is the first of a series of talks Ms. Rasa will give on the three organizations that merged in 1915 to create the United States Coast Guard. 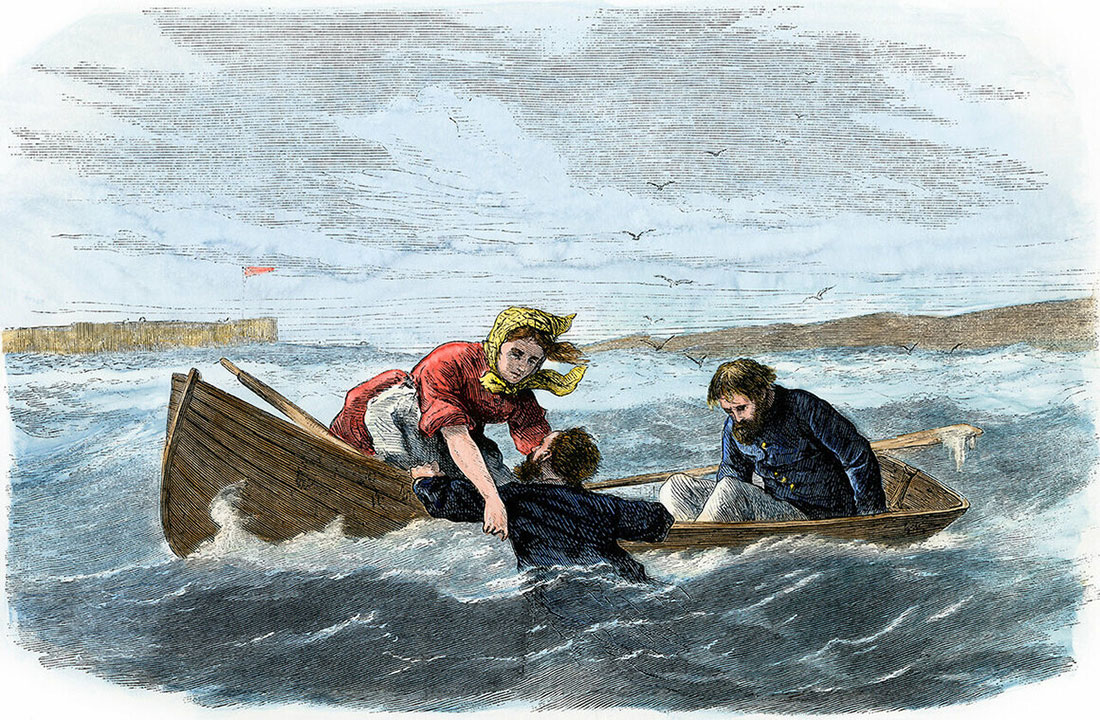 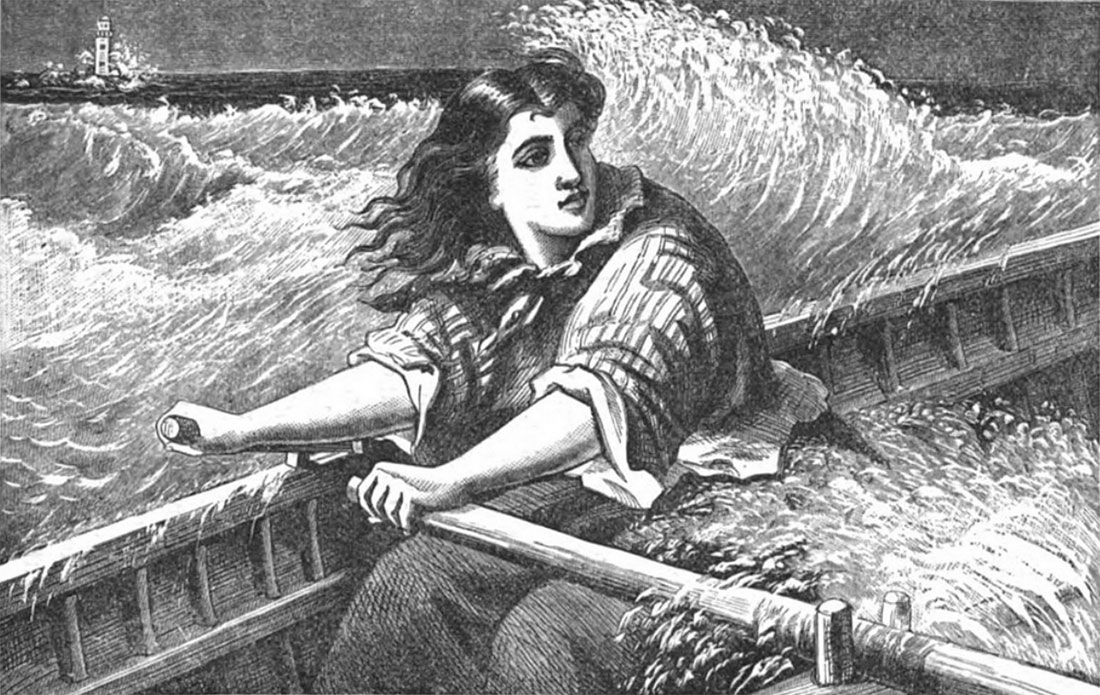 An 1876 woodcut rendering of Ida Lewis rowing to a rescue in treacherous seas. Courtesy of Phebe Ann Hanaford out of Women of the Century.