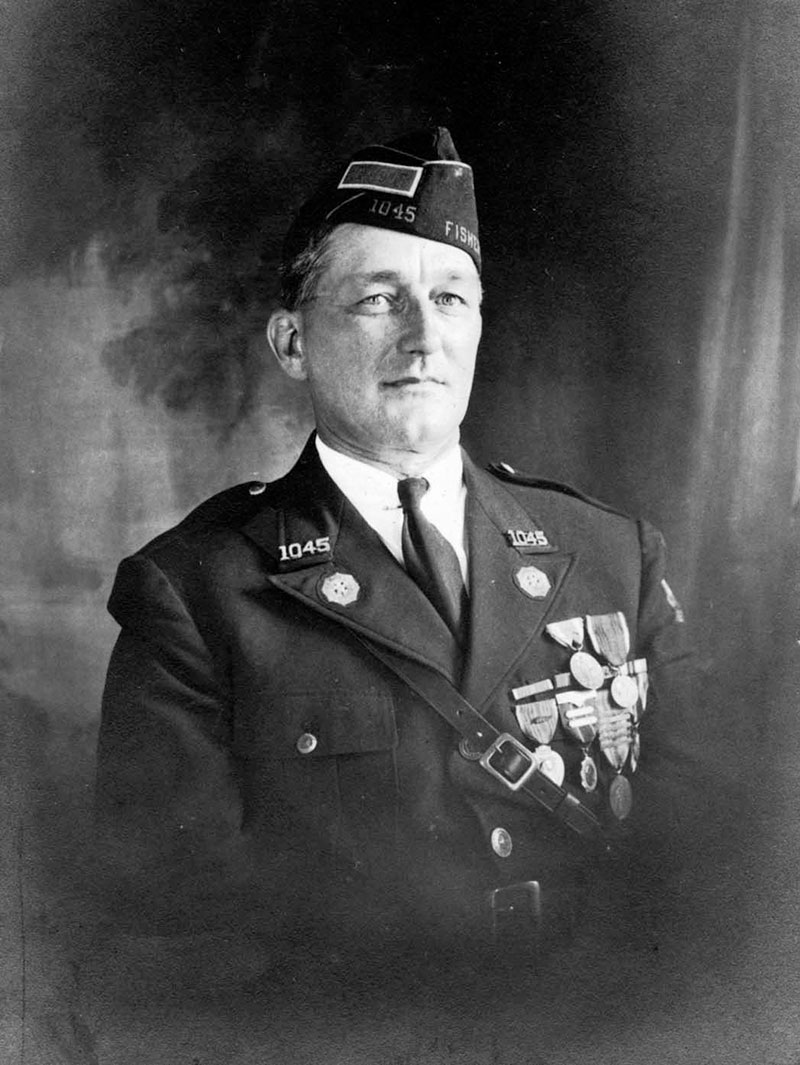 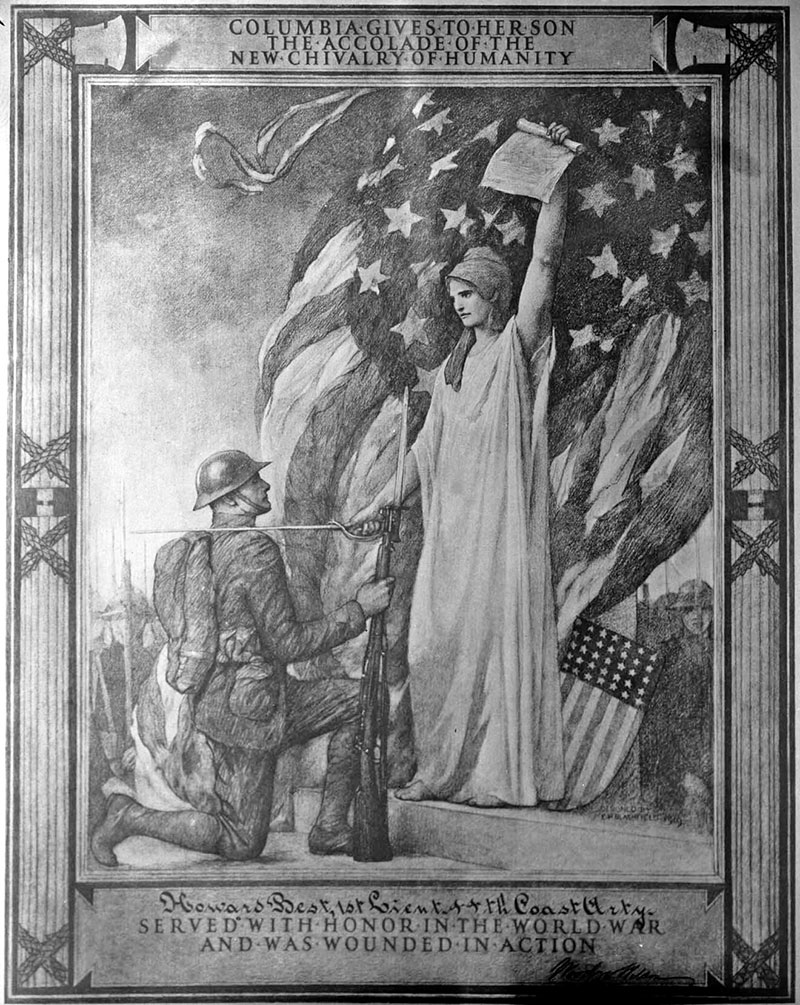 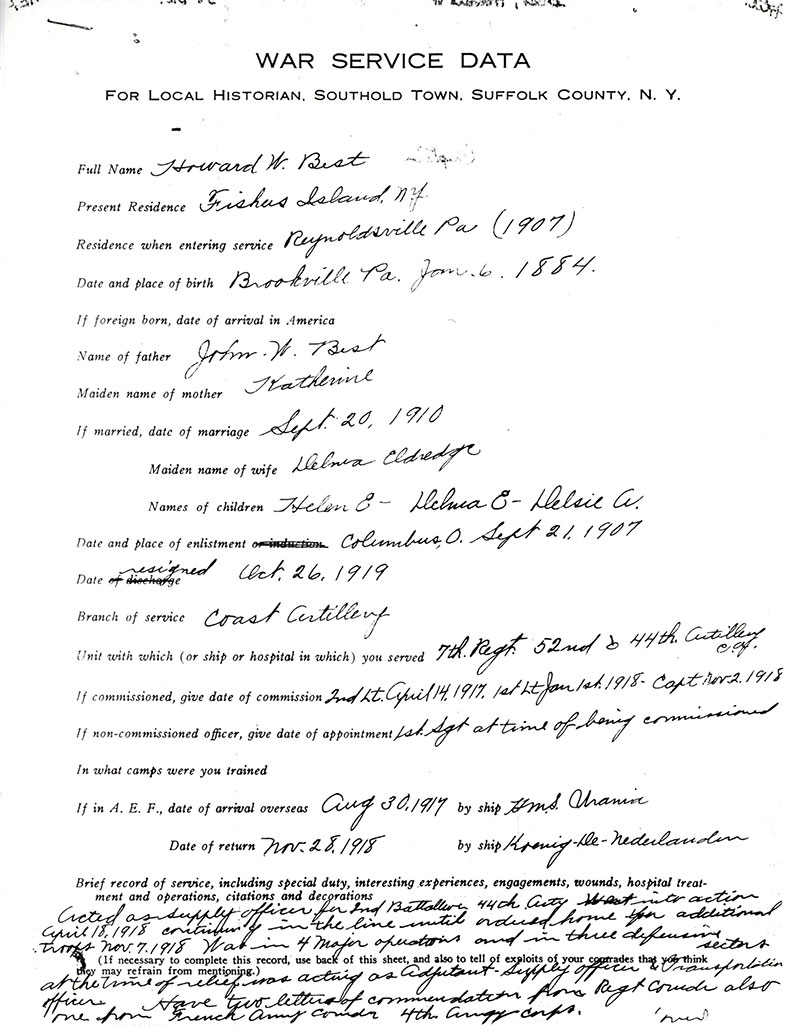 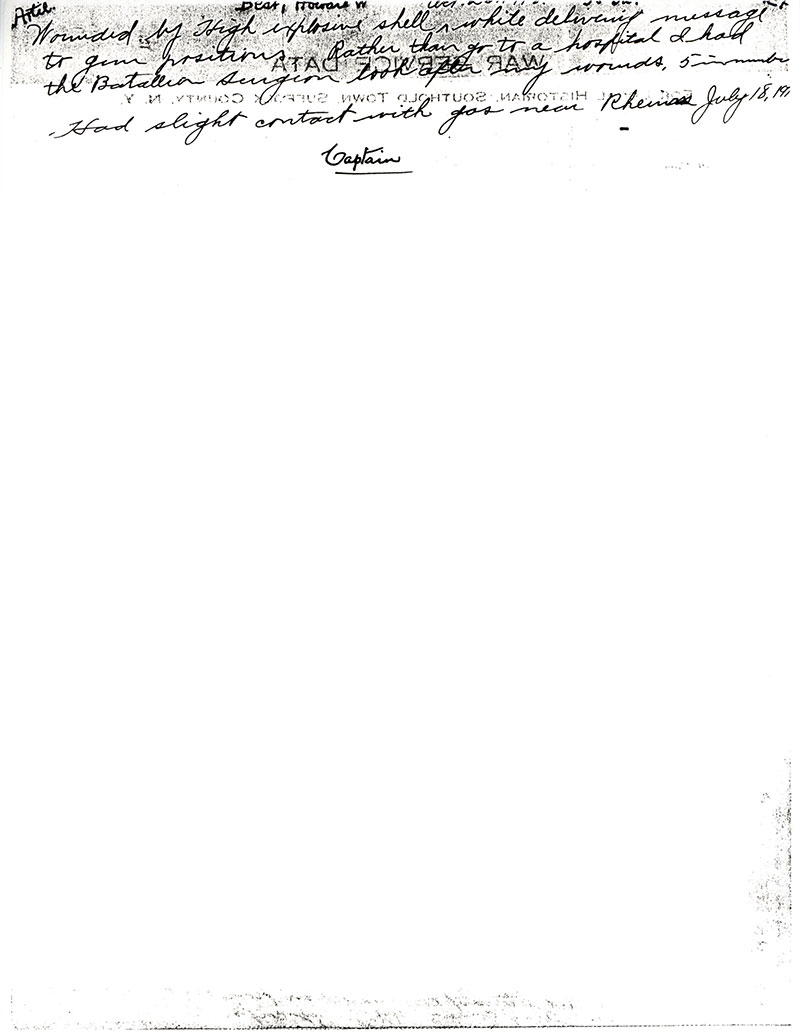 Acted as supply officer for 2nd Battalion 44th Artillery. Went into action April 18, 1918, continued in the line until ordered home for additional troops November 7, 1918. Was in 4 major operations and in the three defensive sections at the time of relief was acting as Adjutant Supply Officer & Transportation Officer. Have two letters of commendation. One from Reg Commander also one from French Army Commander 4th Artillery Corps. Wounded by high explosive shell while delivering message to gun positions.