This illustrated talk is based on an original Powerpoint presentation first given in 2016. 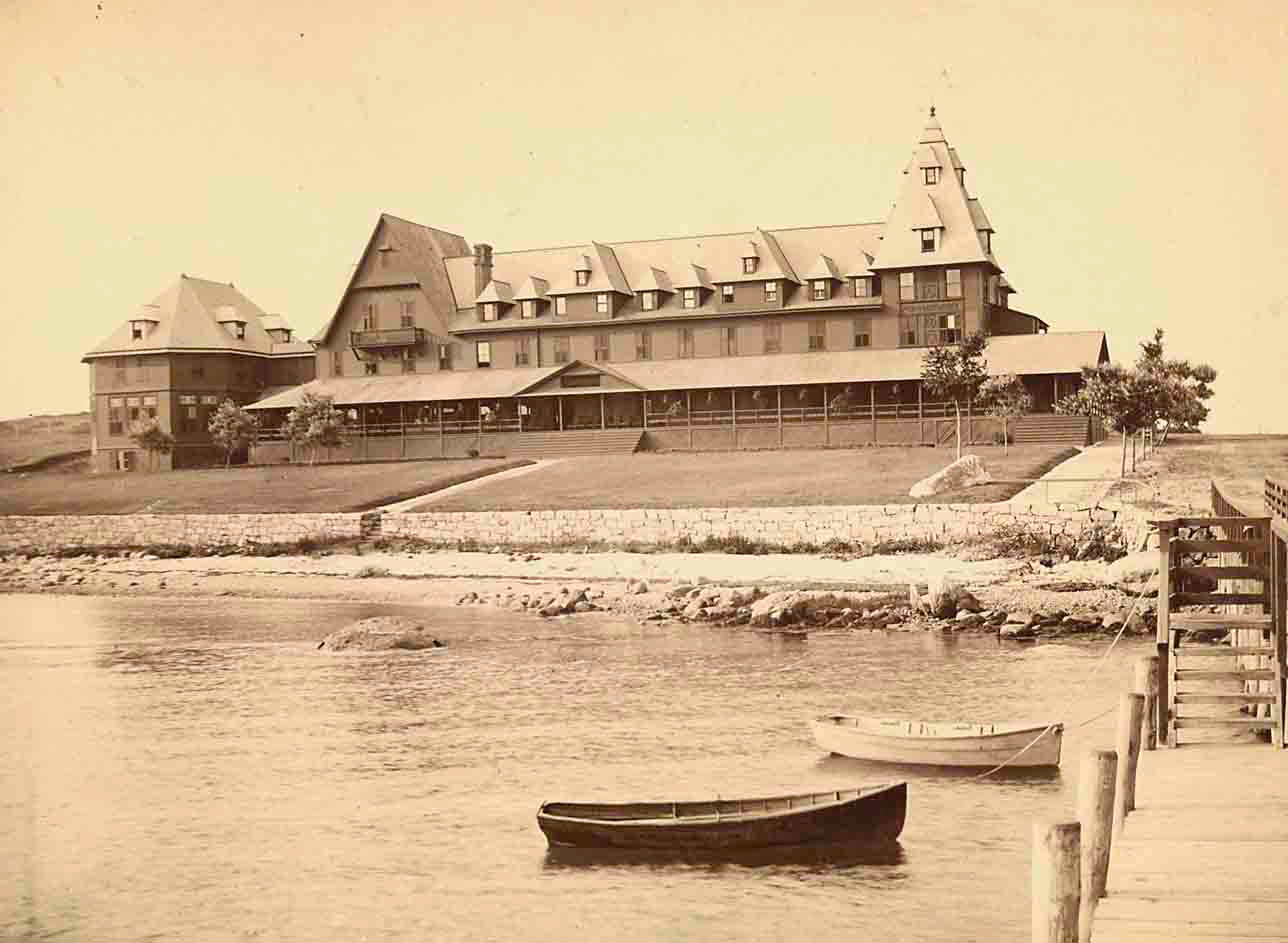 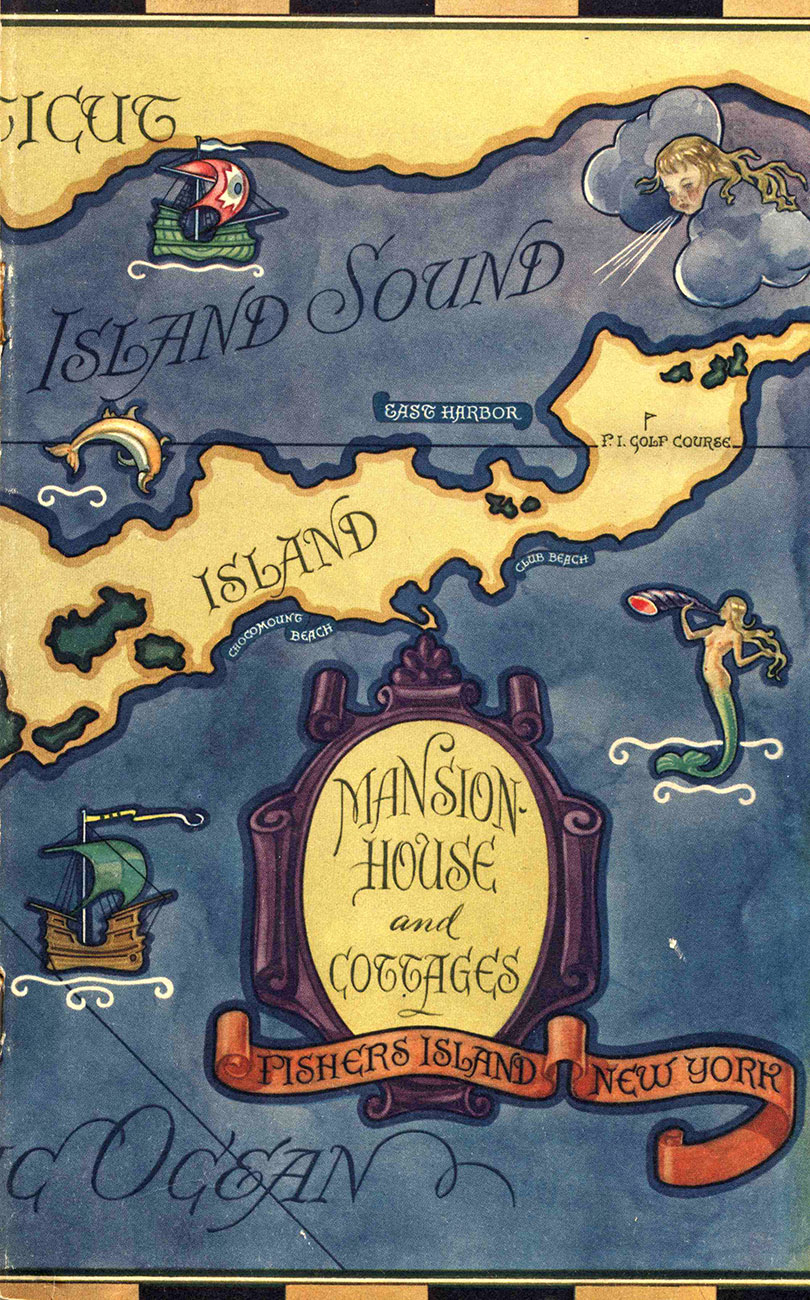 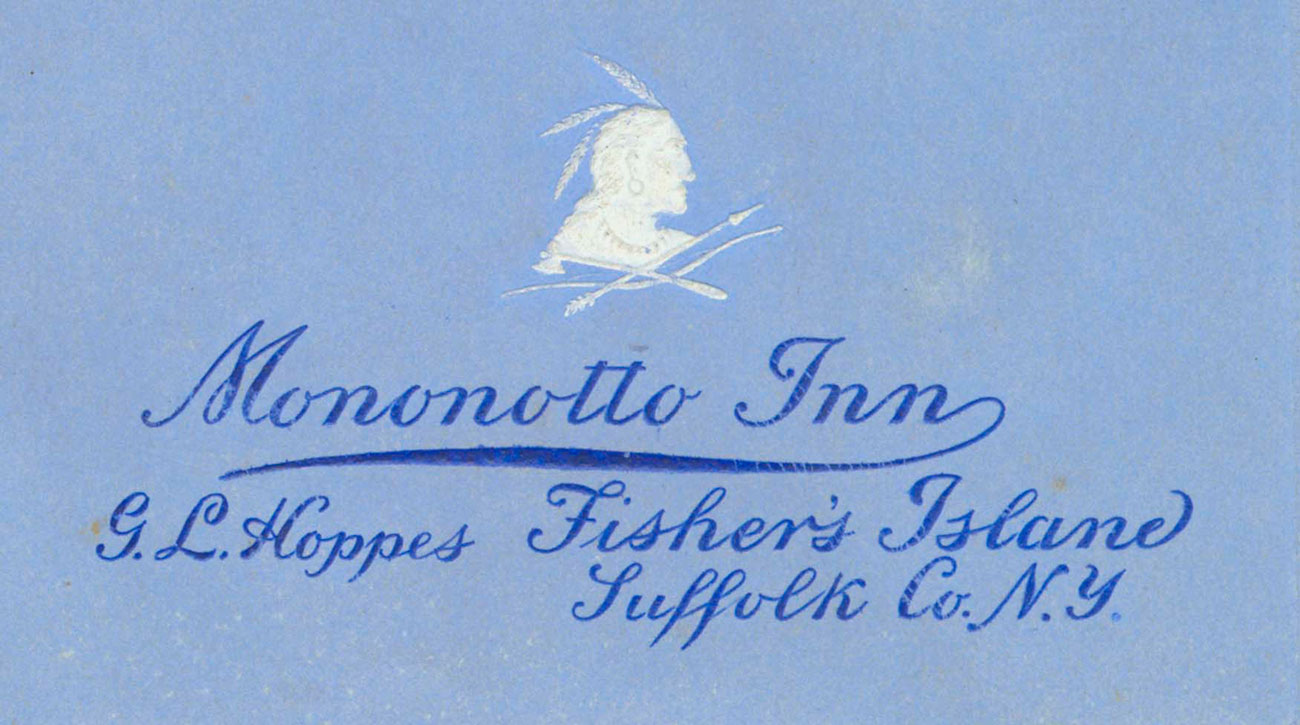 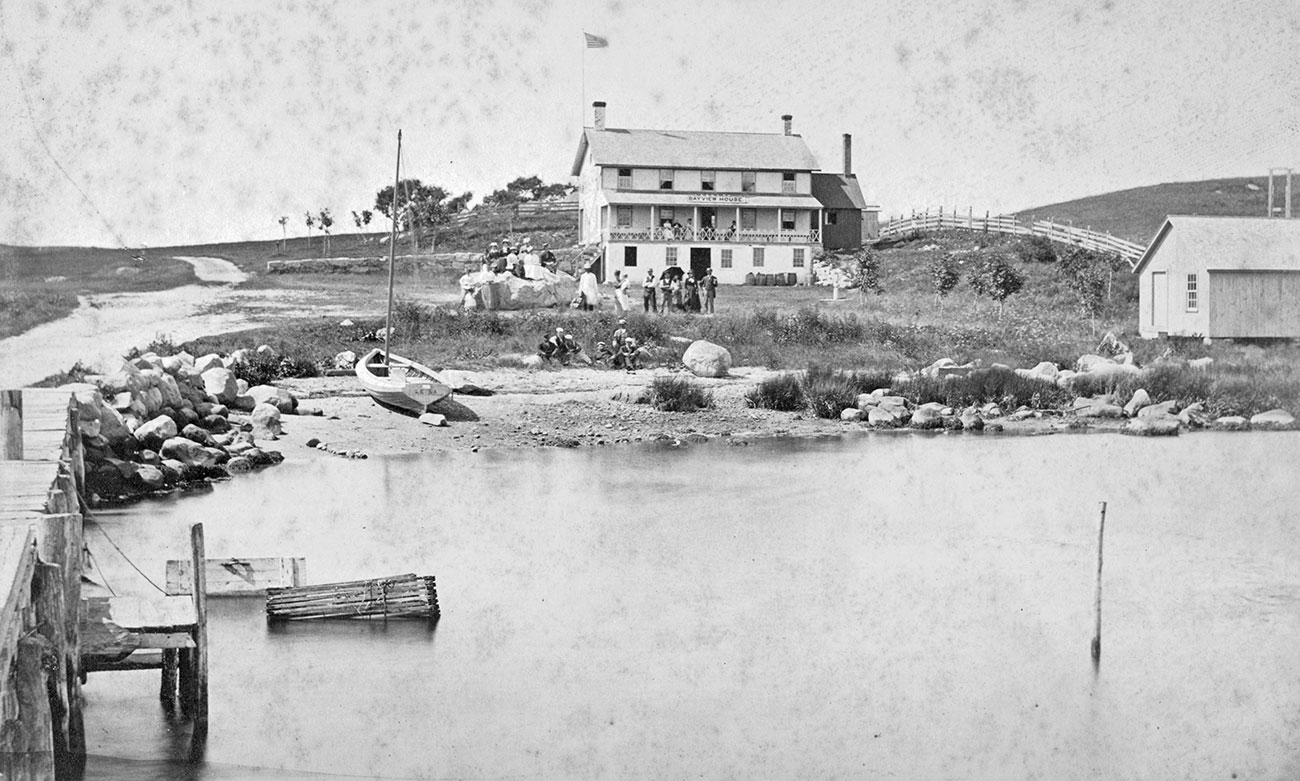 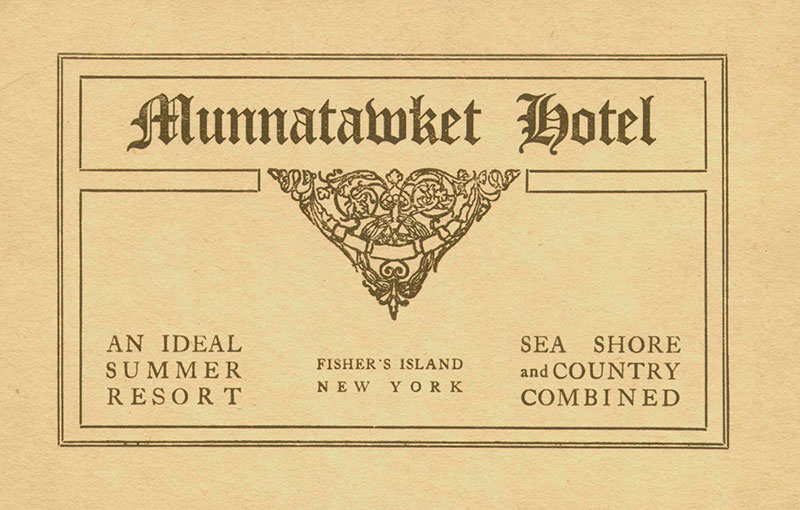 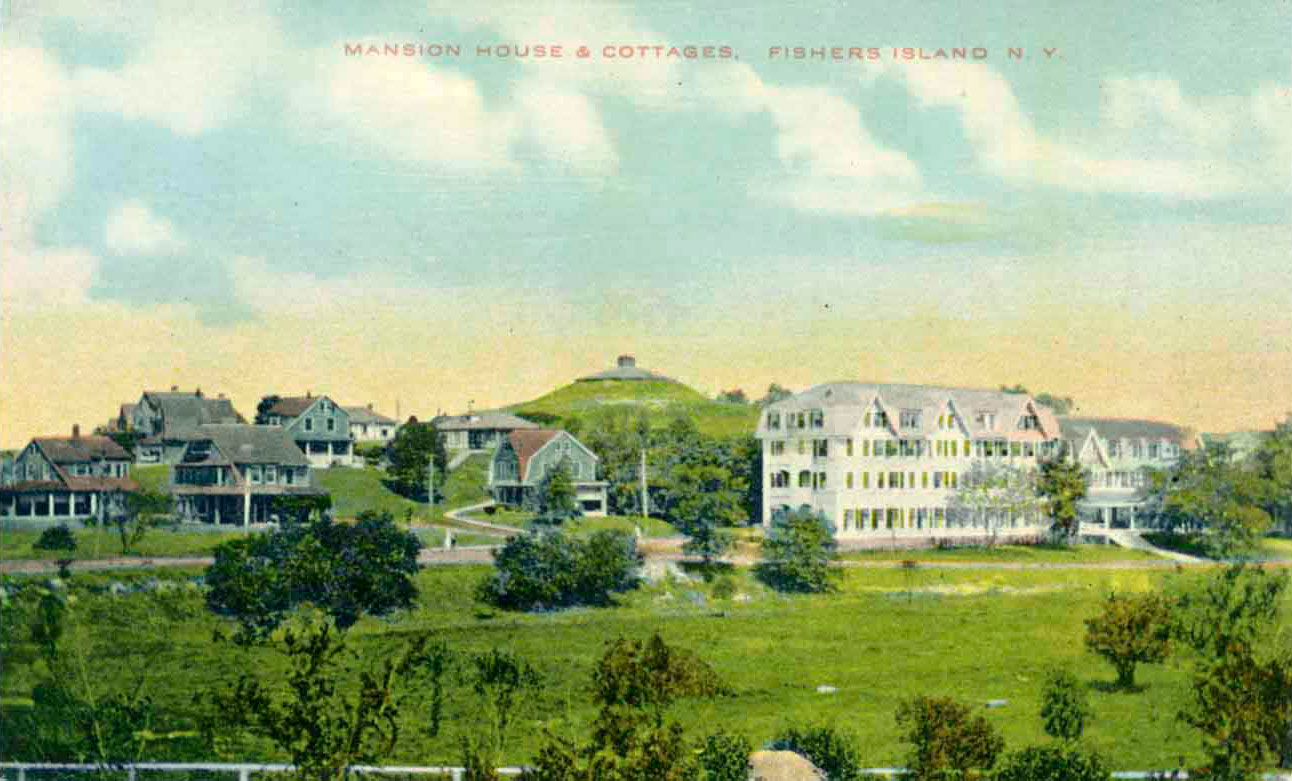 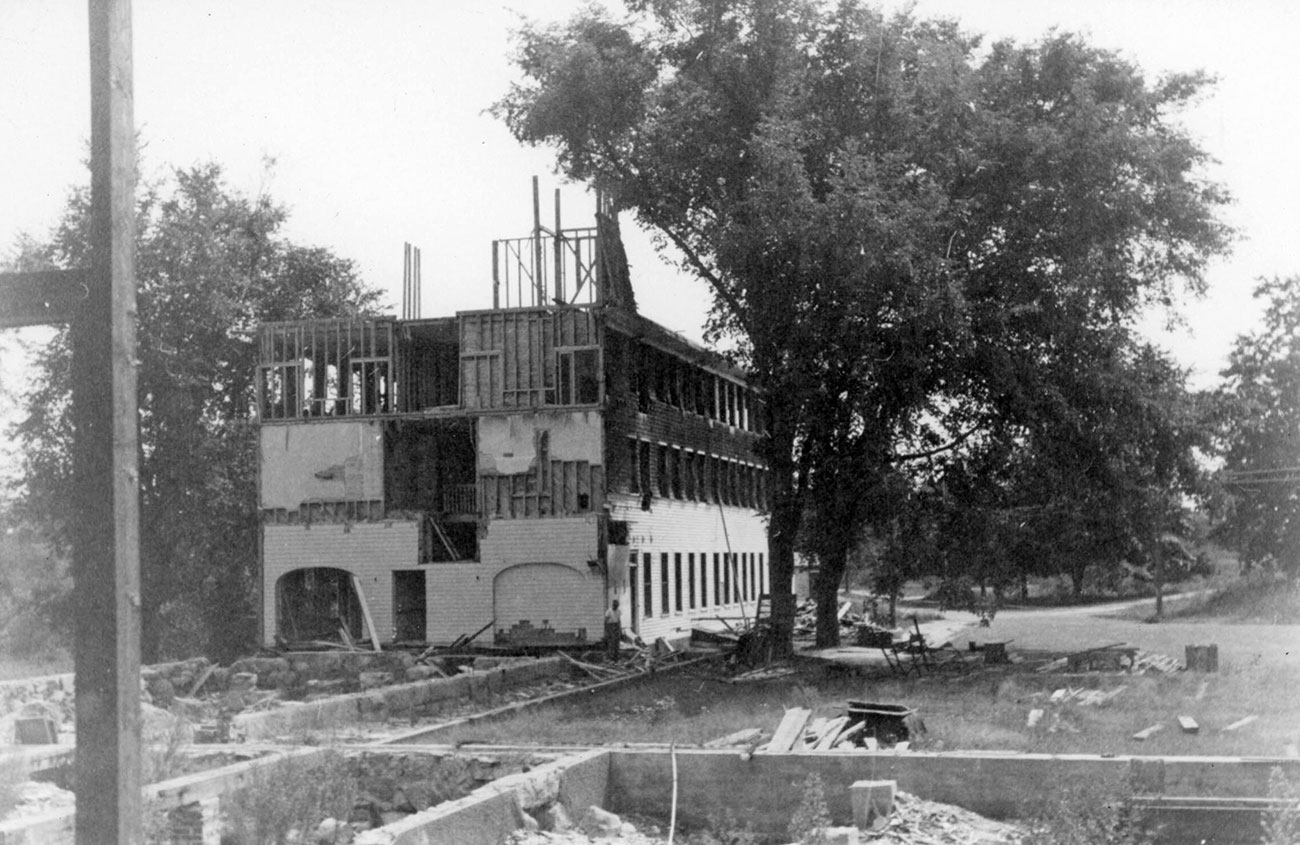 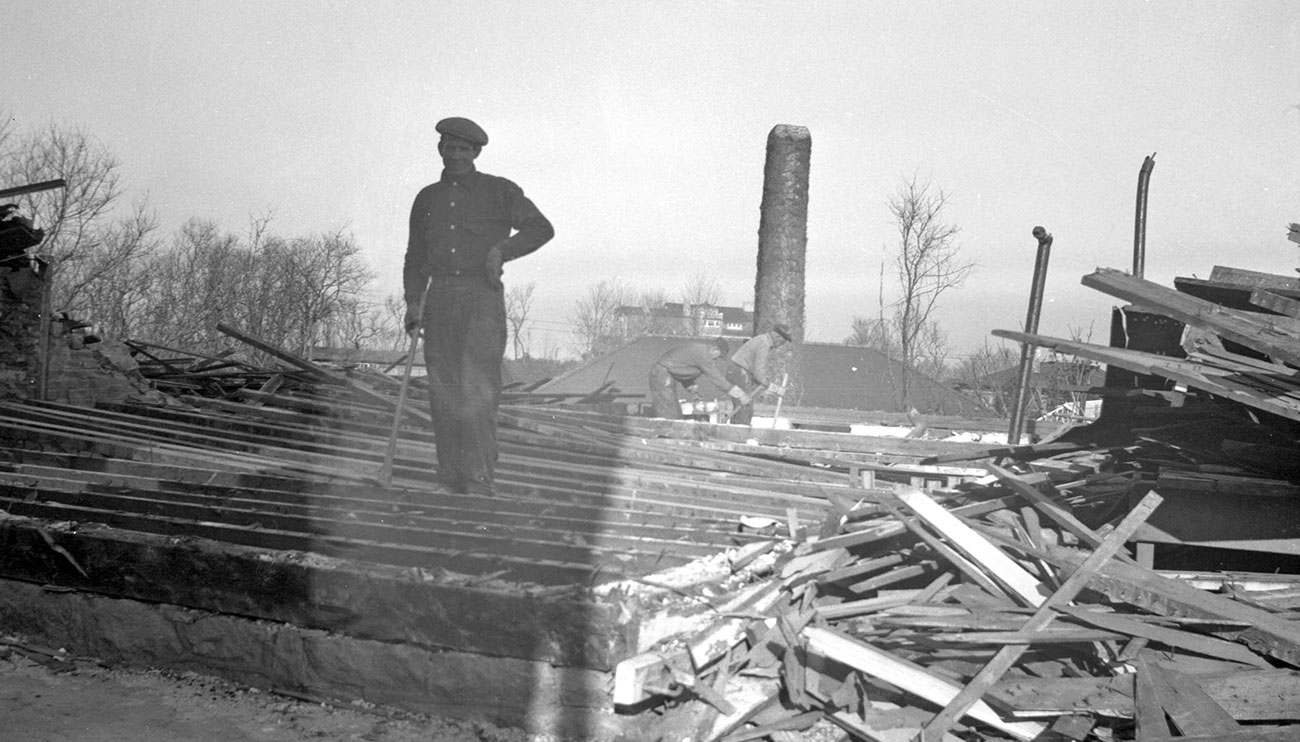 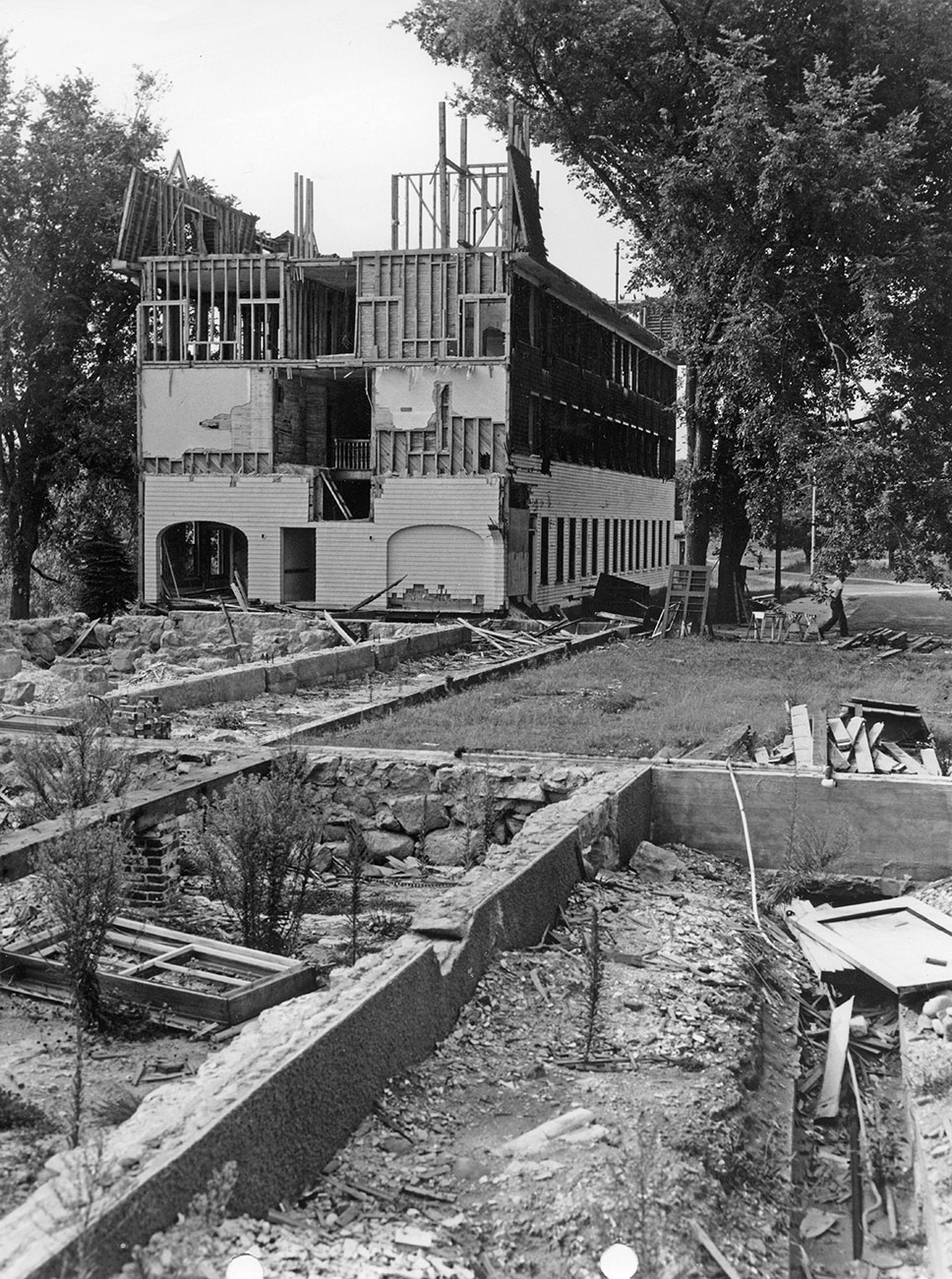 The 2016 Annual Exhibition chronicled the rise and fall of the Mansion House, the premier hotel on Fishers Island during the late 19th and early 20th centuries. The Mansion House has a storied history stretching back to the Revolutionary War.

It was first built in 1780 as a Winthrop caretaker’s cottage following the torching of all the Island’s houses during a British raid. For the next eight decades, this replacement cottage was occupied by a succession of tenant farmers and farm managers hired by the island-owning Winthrop family. In 1863, Robert R. Fox, a retired merchant, purchased all of Fishers Island from the last of its Winthrop owners. He promptly transformed the relatively humble farm cottage into an elegant private residence more befitting his status as island owner. (The name “Fox Mansion House” was first used during this period.) In the wake of Mr. Fox’s death in 1871, his widow and the Fox estate’s executors endeavored to sell or lease Fishers Island while also promoting the potential of the Mansion House as a hotel. In 1876, with no buyers or lessors in sight, the Fox estate began offering land lots for sale to the public, the first such sales since the founding settlement in the 1640s. They then opened the Mansion House for the summer season of 1877 as Fishers Island’s first destination hotel. Soon small steamers were bringing boatloads of visitors from the mainland. This was the beginning of the hotel era on Fishers Island.

By 1882, the new resort featured a second major hotel, the Lyles Beach. During the season, this hotel attracted countless excursionists (“daytrippers”) who arrived on large excursion steamers. In 1889, two brothers, Edmund M. & Walton Ferguson, bought nine-tenths of Fishers Island from the Fox estate. The Fergusons stated intention was to block all day excursion steamers and to create a seasonal resort that catered to a more exclusive clientele. They immediately expanded and improved the Mansion House and began building an associated cottage colony on Bell Hill (today’s Shingle Hill). They also bought out the tourist hotel, the Lyles Beach, which after renovations was reopened as the Munnatawket Hotel. A third major hotel, the Mononotto Inn, opened in 1893 on a bluff overlooking Hay Harbor. This hotel, owned by business parties from Bethlehem, Penn., directly competed with the Fergusons’ two hotels. By the late 1910s, these three hotels cumulatively offered more than 300 rooms to let, not including their 31 associated cottages. However, after reaching this impressive peak in a few short decades, their decline was equally precipitous. The Munnatawket Hotel, razed in the mid-1920s, was the first to go. It was a victim of poor business and a shift in the Fergusons’ focus to developing the east end as a residential colony. The Mononotto, having been seriously disrupted by the Great Depression, was razed circa 1940 by a neighbor who bought it as a tear-down because he disliked its noisy parties. The Mansion House, also hurt by the Depression, was shuttered after the 1941 season. It remained closed for the duration of World War II and never reopened. After its additions were razed in 1947, the historic house reverted to use as a private Ferguson residence. October 1941 marks the end date for the last of Fishers Island’s major hotels.