The creation of and care for many of the walking trails on Fishers Island began as an individual volunteer effort spearheaded by seasonal resident Matty Matthiessen starting in the 1960s. He passed the torch to his son Carey Matthiessen, who conscripted a small group of five or six (including Bob Miller, Harris Parsons, Dick Baker, Ken Edwards and Scudder Sinclair) who cared for the trails for many years before passing the responsibility to Steve Malinowski in the early 1990s. The responsibility then passed from Steve to Scott Reid, who has coordinated trail-clearing efforts for the past 15 years. And in February Jack Schneider was hired as the Museum’s first Land Trust steward. He is working to develop and implement a management plan for its properties, including over 12 miles of trails. 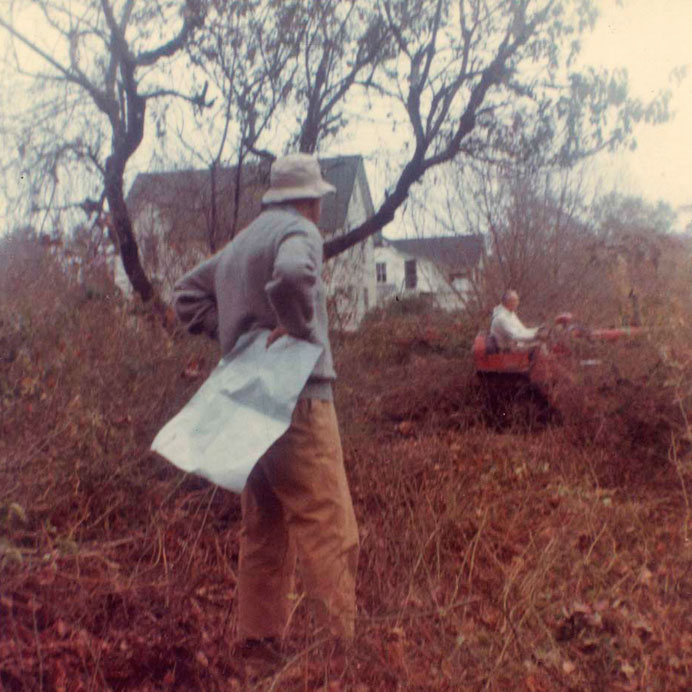 William Gordon Ahman (on tractor) and Erard A. Matthiessen (standing) clearing site for H. Lee Ferguson Jr. Nature Sanctuary in the fall of 1966. The Sanctuary was formally dedicated on August 19, 1967.

What began as a labor of love and appreciation from a handful of dedicated supporters expanded into an annual tradition shared by many when late museum president Penni Sharp and Scott Reid hatched a plan to host a Thanksgiving trail-clearing “party.” They invited volunteers of all ages to meet at the Museum with clippers and loppers before heading out onto the trails to remove fallen limbs and cut back overgrowth, with the promise of oysters and drinks afterwards. Penni hosted the trail-clearing party for the volunteers at her home for the following nine years and now the tradition continues at the Museum.

“It all started with the idea that by hosting an annual trail-clearing event we would get more people out onto the trails—some for the first time ever—while providing needed help for the Museum’s Land Trust,” says Reid. Now the annual event brings 60–70 people out to clear the trails (plus the island’s beaches) at Thanksgiving and 20–30 individuals over Memorial Day weekend.

Clean up of Stony Beach on Hay Harbor was added to the volunteer efforts in 2018. Stony Beach is a Land Trust property and an important habitat for nesting shore birds. The initial cleanup garnered enough plastic and other trash to fill three Boston Whalers (or 30 large bags plus tires and bulky debris). The consolidated effort from 10-year-olds on up to adults took several hours to bag up, haul out by boat and truck to the dump.

What began as a backyard network of trails in the area between Chocomount Beach, the Top of the World and Barleyfield Cove evolved into a collection of 10 trails around key Land Trust properties generously donated by both individuals and island organizations interested in preserving Fishers Island’s natural environment and habitats.

The island’s two oldest trails are the H. Lee Ferguson Jr. Wildlife Sanctuary behind the Museum (1966–67) followed by the Betty Matthiessen Sanctuary in Island Pond (1978). The newest is the Chocomount Cove trail (2018). They can all be located in the newly revised and updated 2019 Trail Guide available at the Museum. 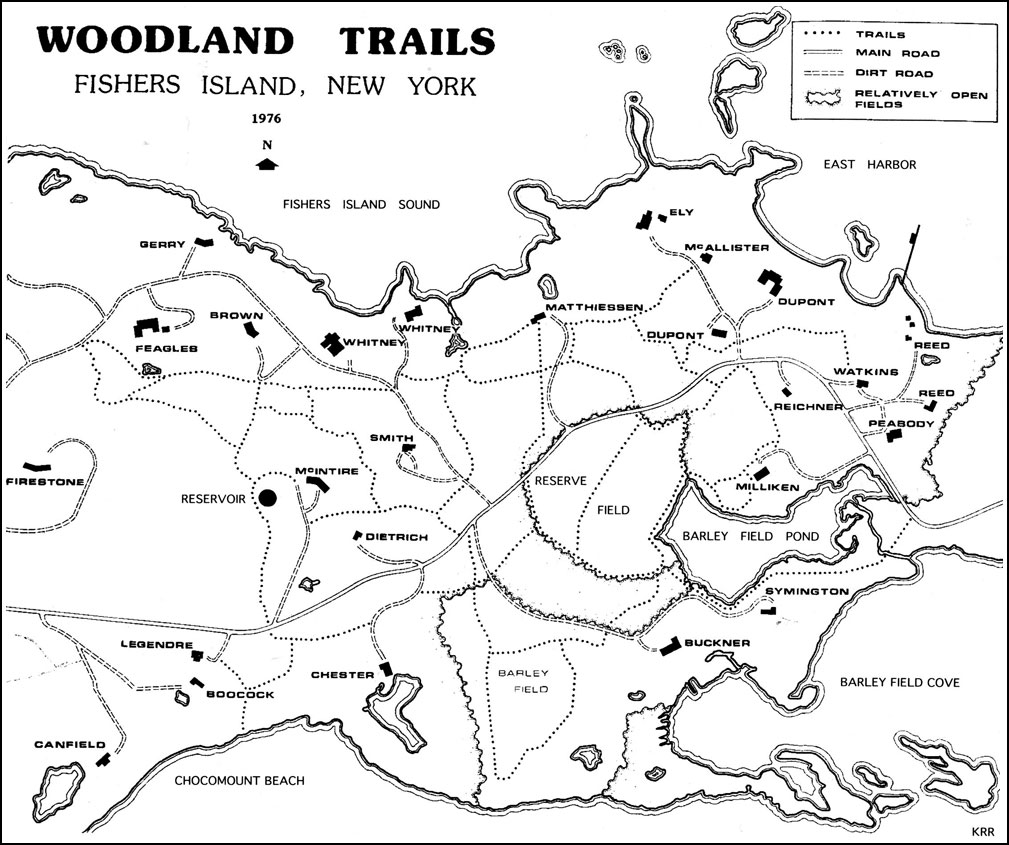