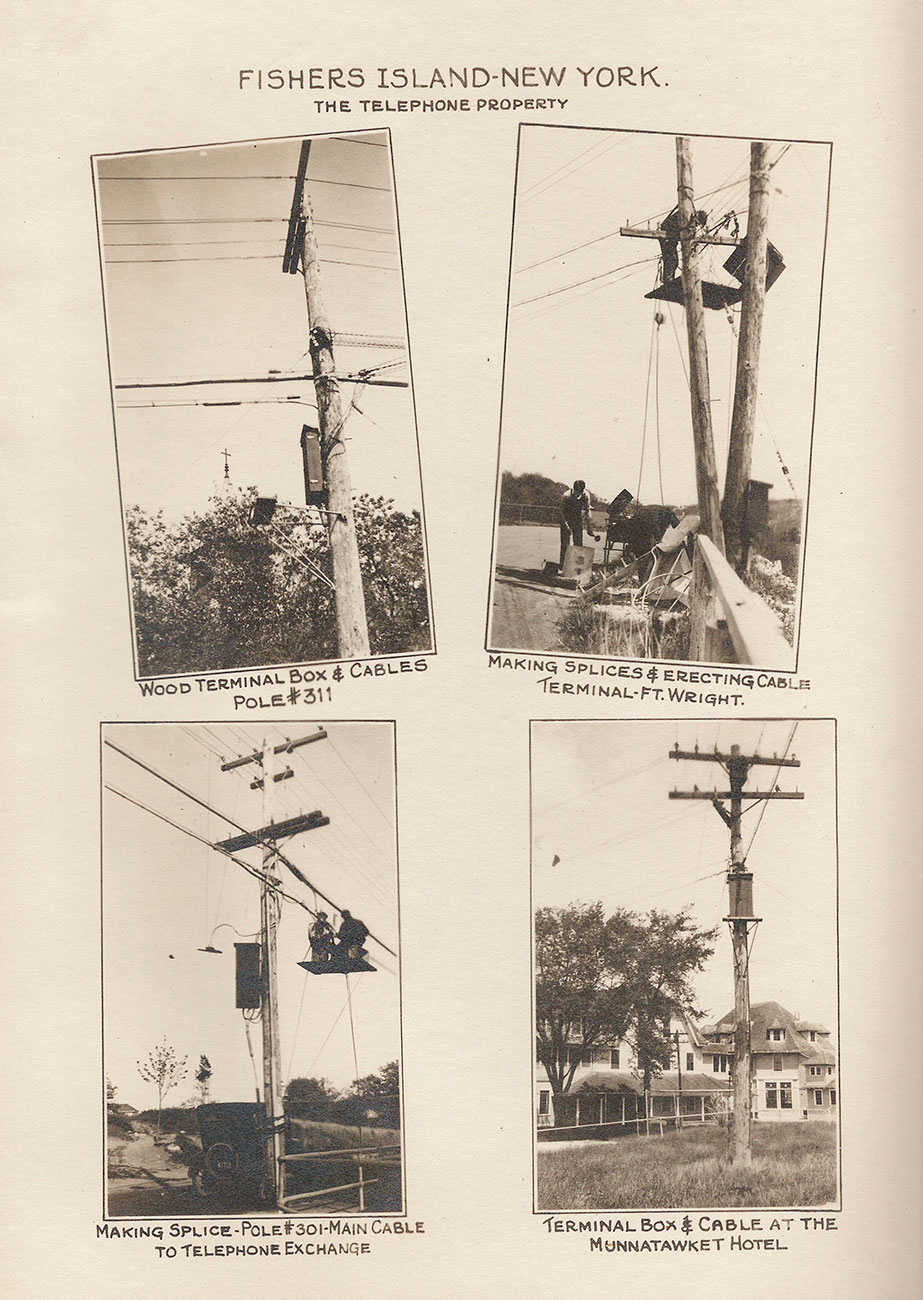 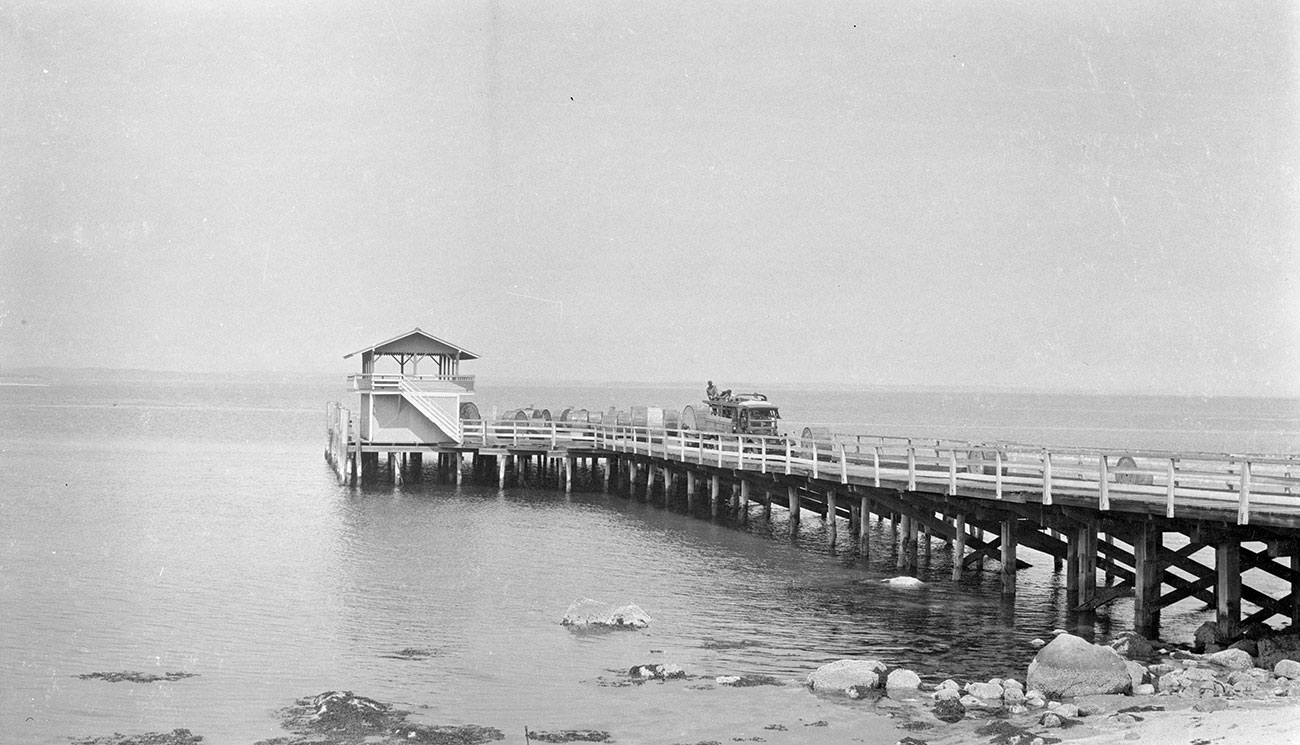 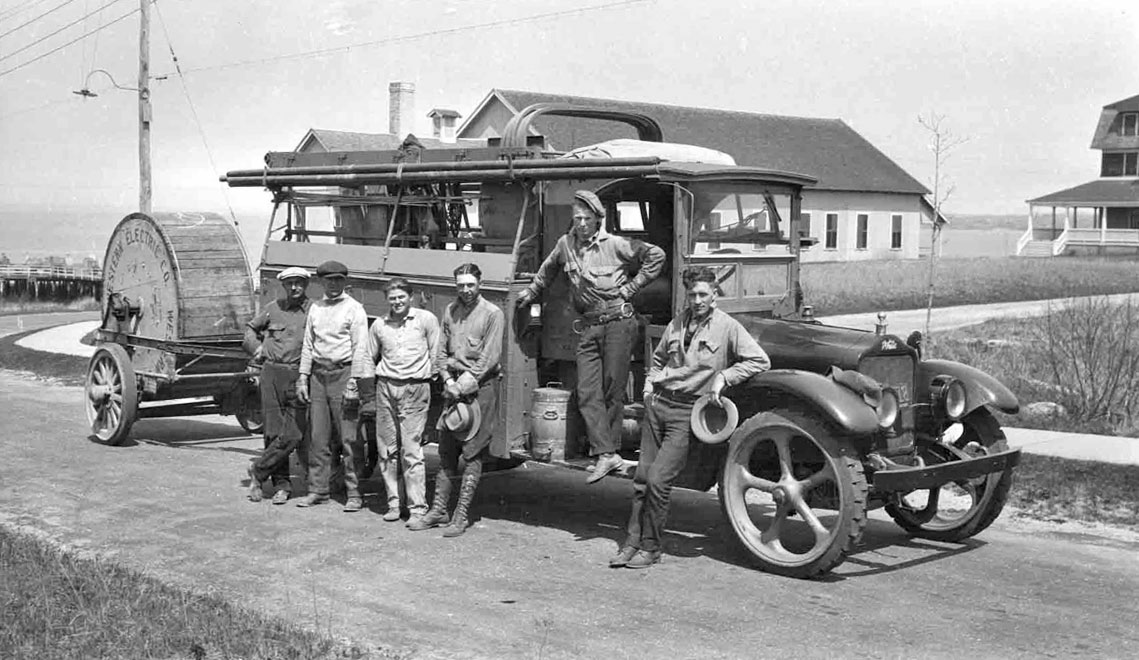 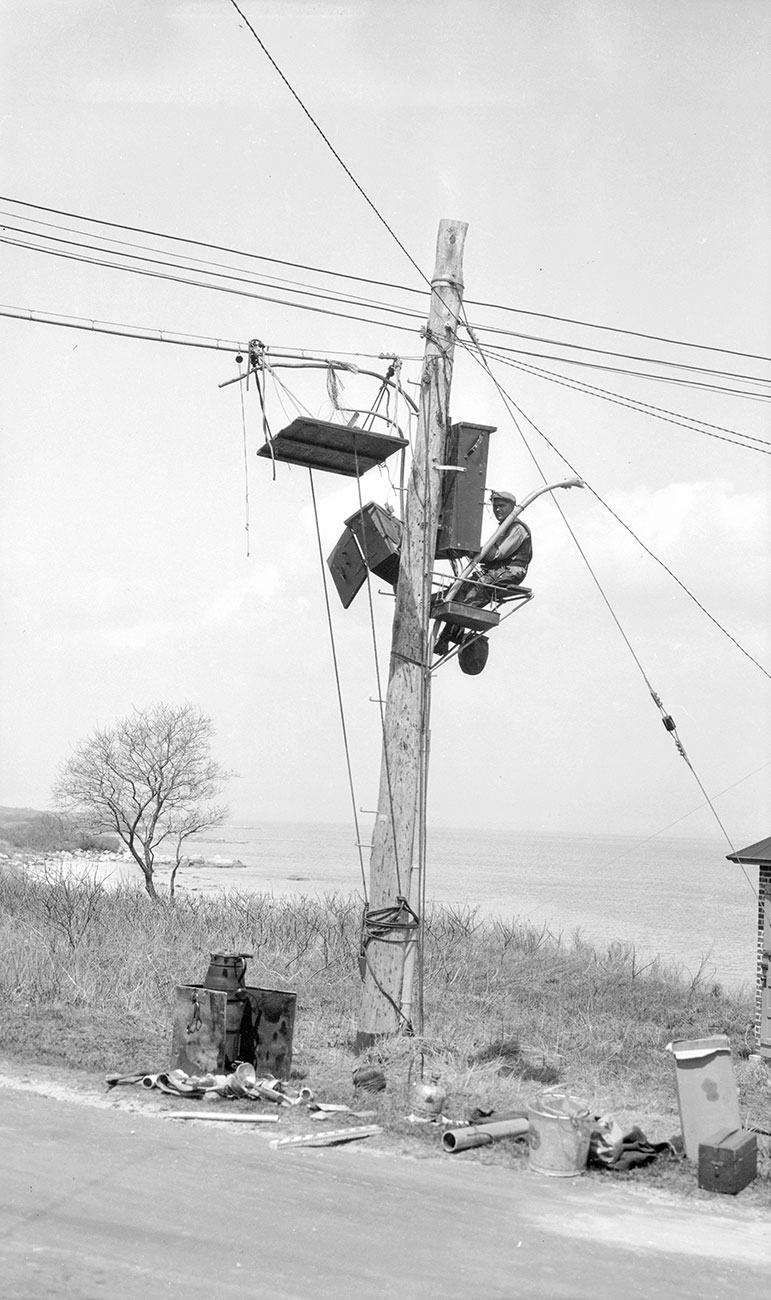 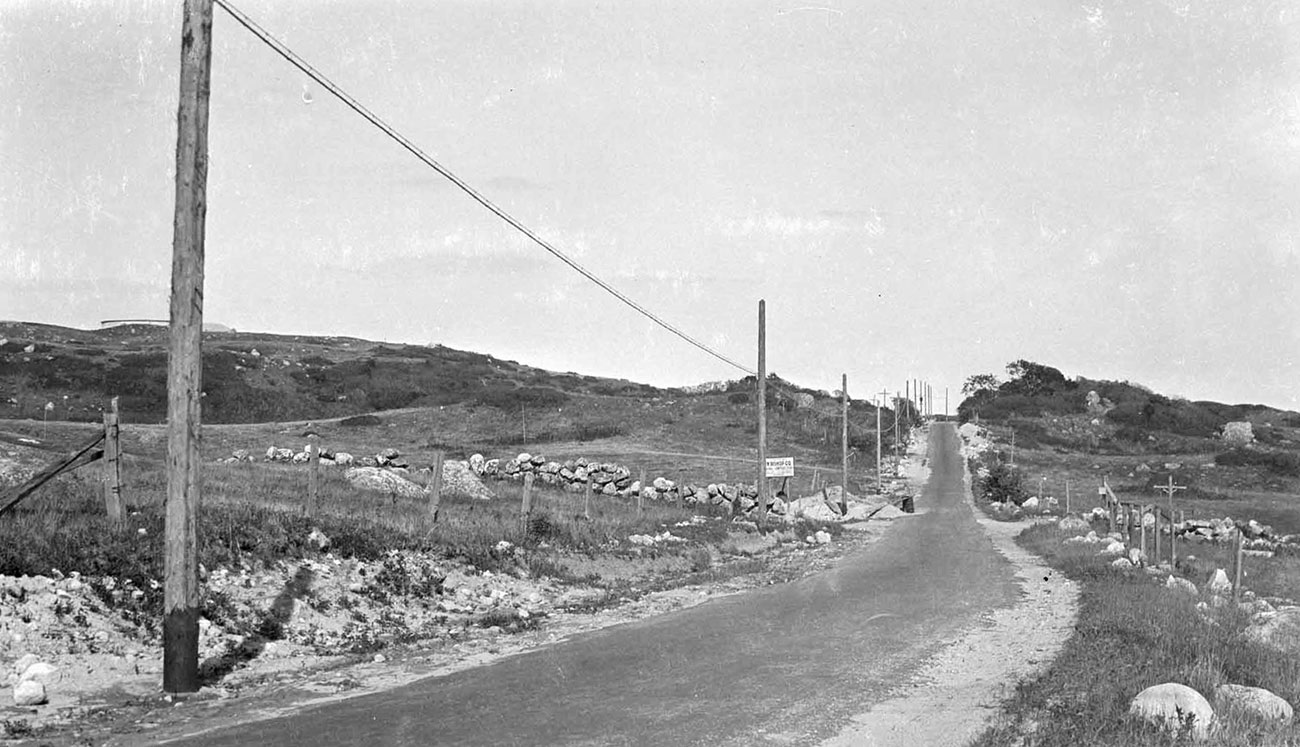 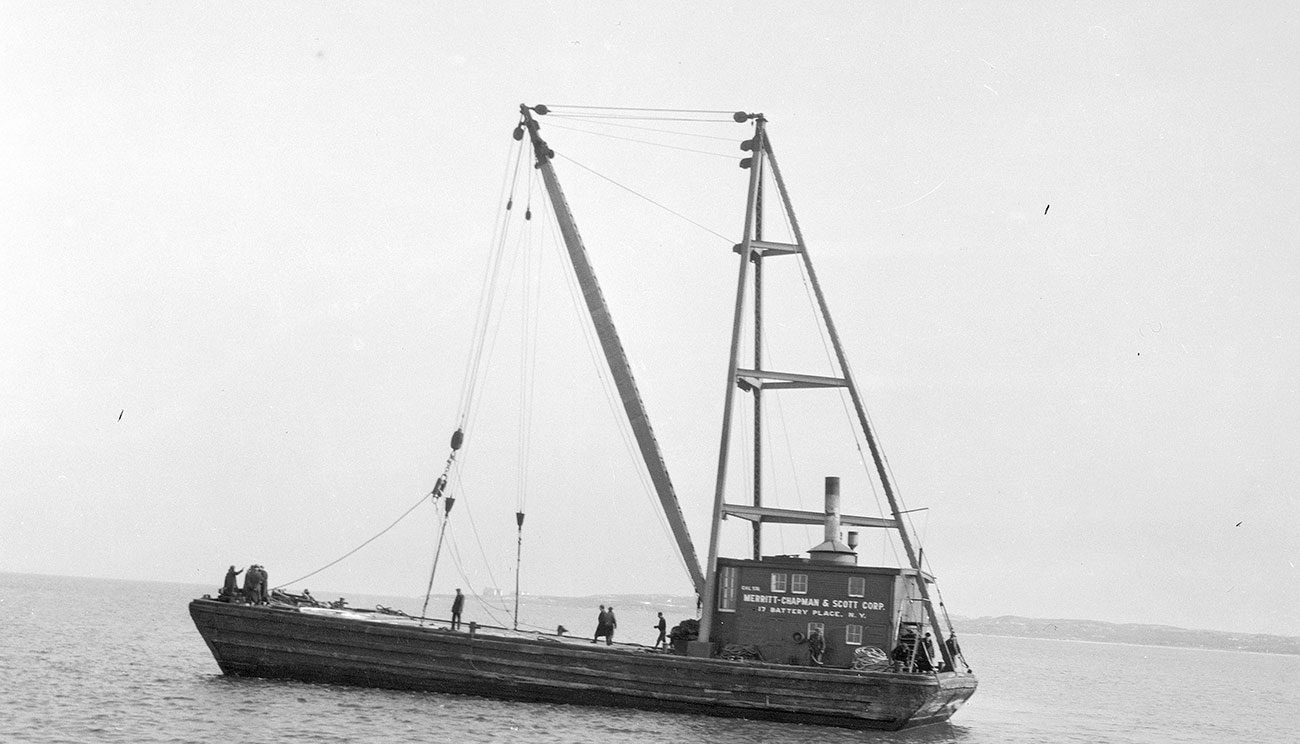 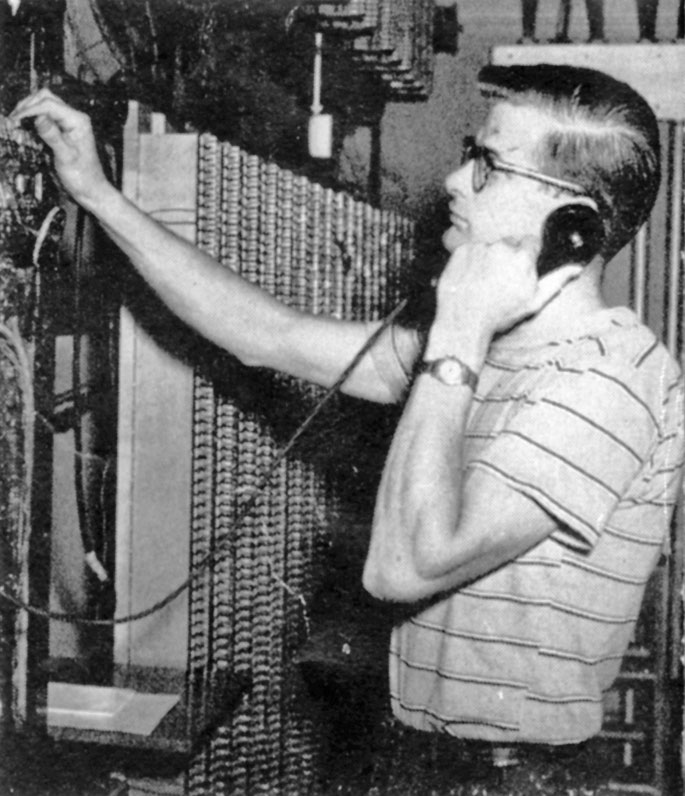 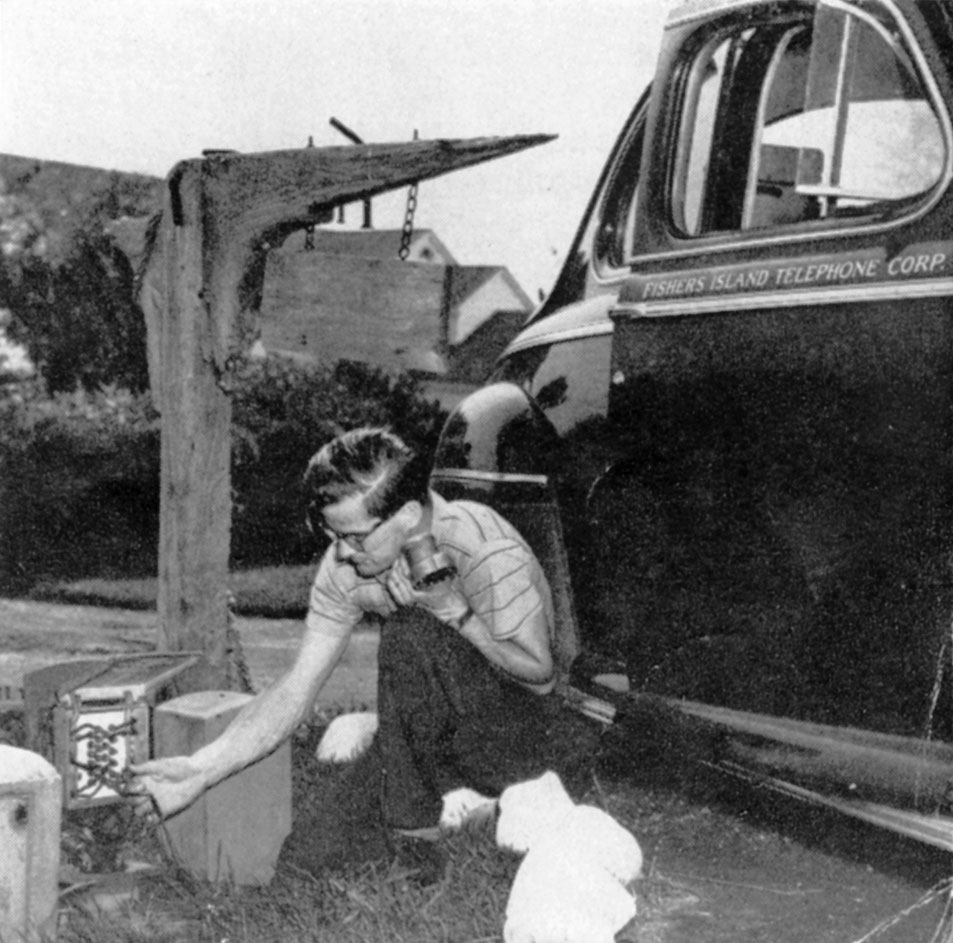 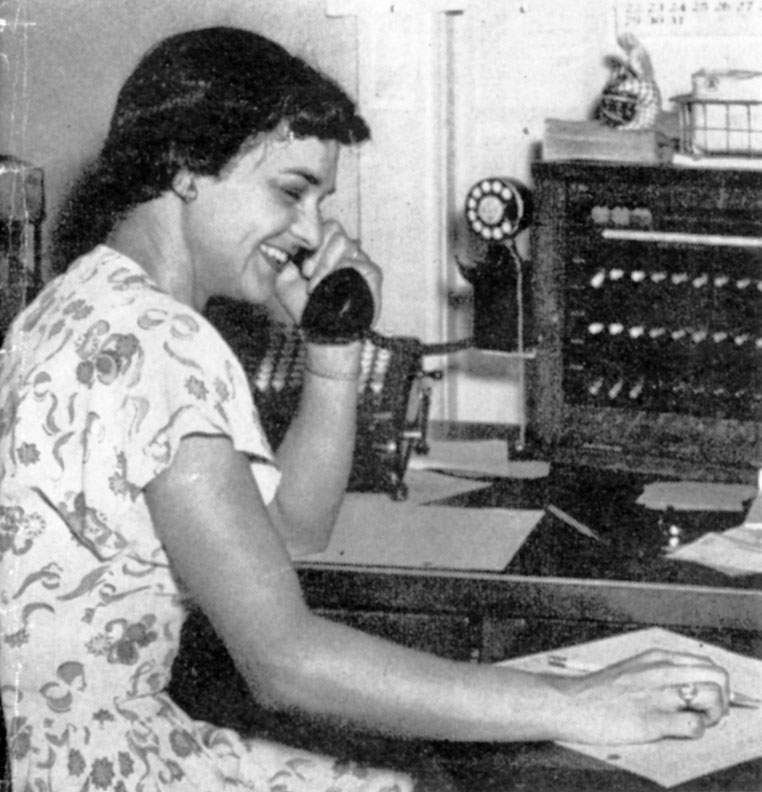 The Fishers Island Telephone Co. was formed in the early 1890s by the Ferguson brothers.

An infrastructure upgrade known as the “Olmsted Plan” brought brand new telephone lines and poles throughout the east end of Fishers Island in the mid-1920s.

Fishers Island’s telephone capacity was upgraded in 1928. The change was exponential and reflected the push for modernization that accompanied the Olmsted Plan’s development of the east end in the mid-1920s: “In the spring of 1928 the Southern New England Telephone Company laid a new submarine cable from Groton Long Point to Fishers Island, consisting of 28 quods, or 56 toll circuits, compared to the two toll circuits we had prior to this time.” – Quote from unidentified Telephone Co. brochure.

In 1951, The Telephone Bulletin, an industry journal,  published an article entitled “Fishers Island: Pint-sized Telco,” that celebrated the uniqueness of the Fishers Island Telephone Co. Richard Baker and his boss William A. Talmage, who were described as a two-man team handling the responsibilities of a whole department, functioning as framemen, central office repairmen, testmen, linemen, installers and repairmen.