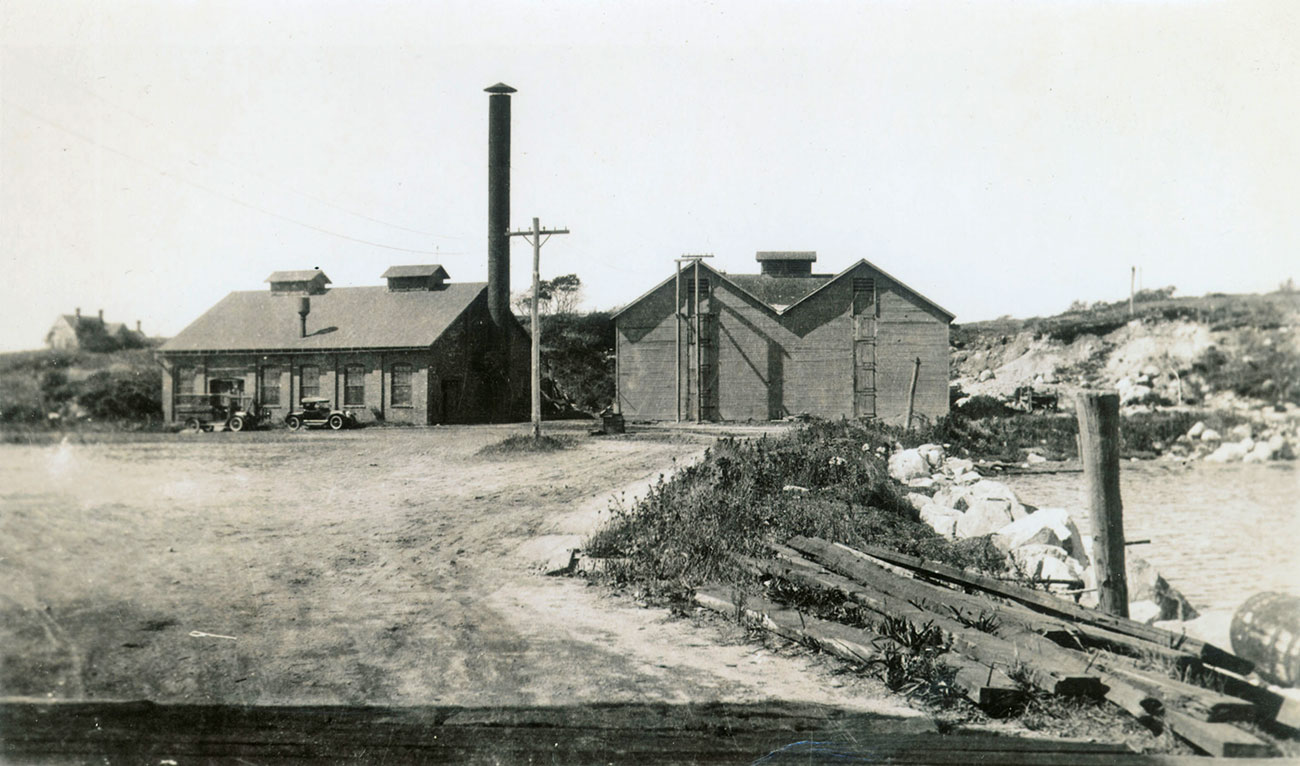 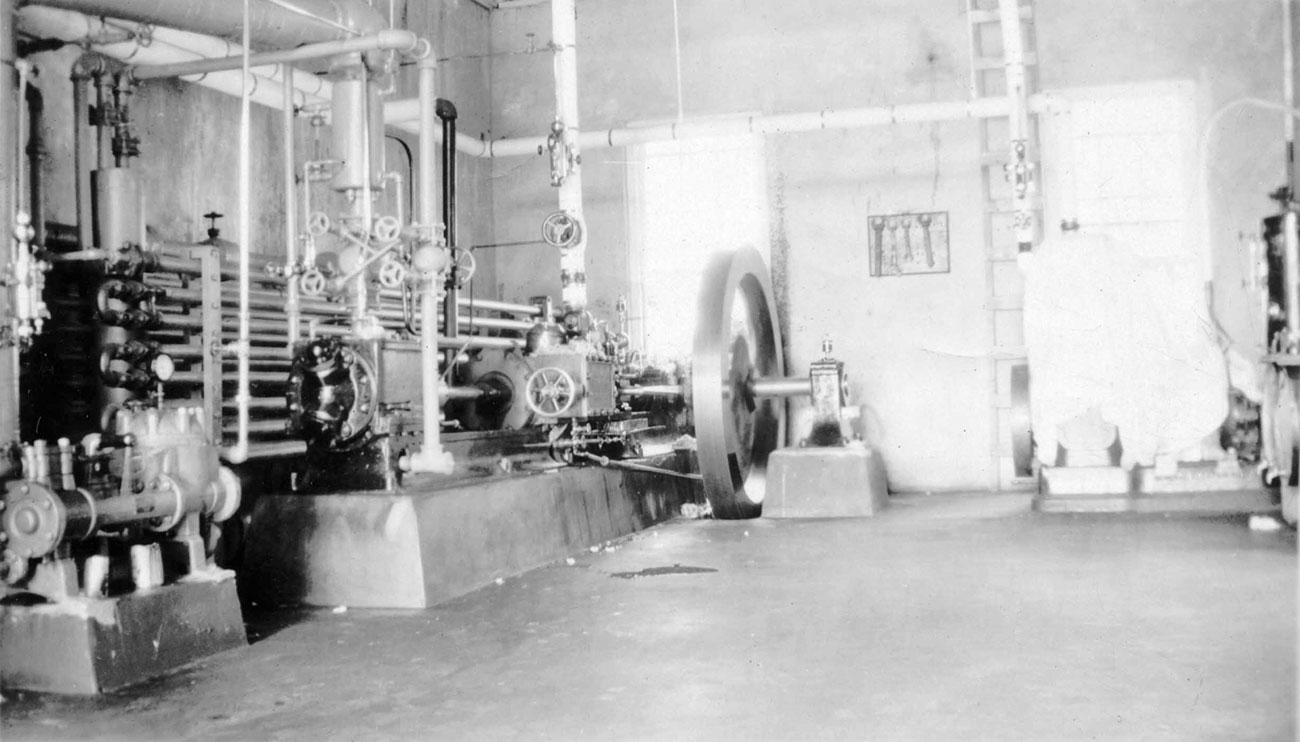 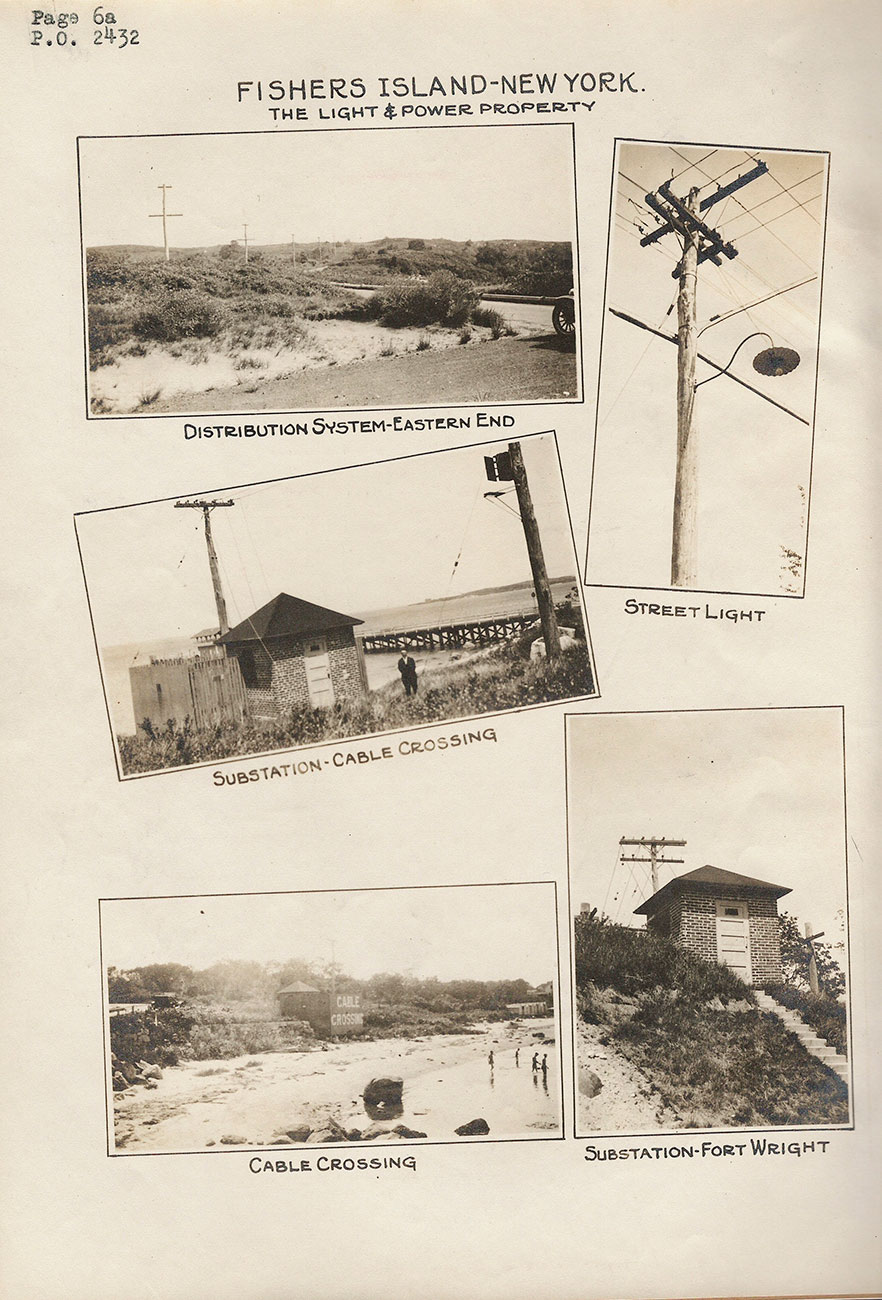 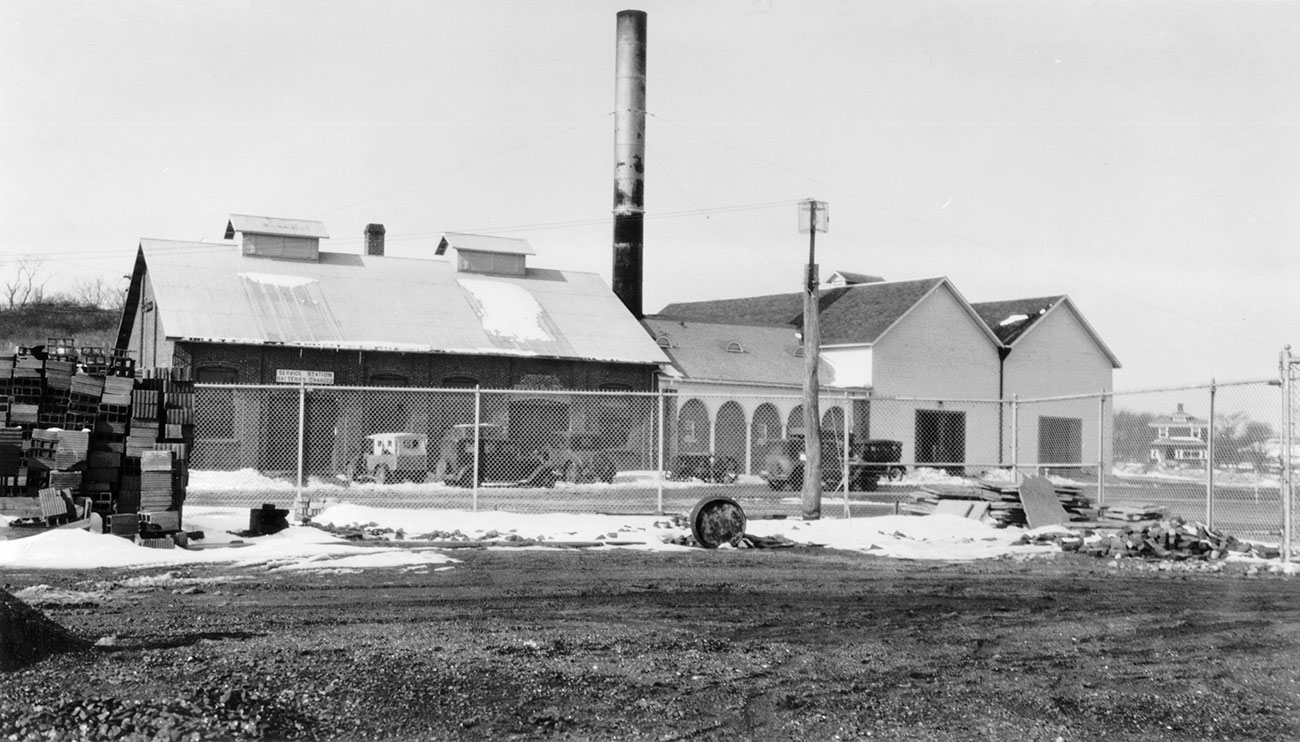 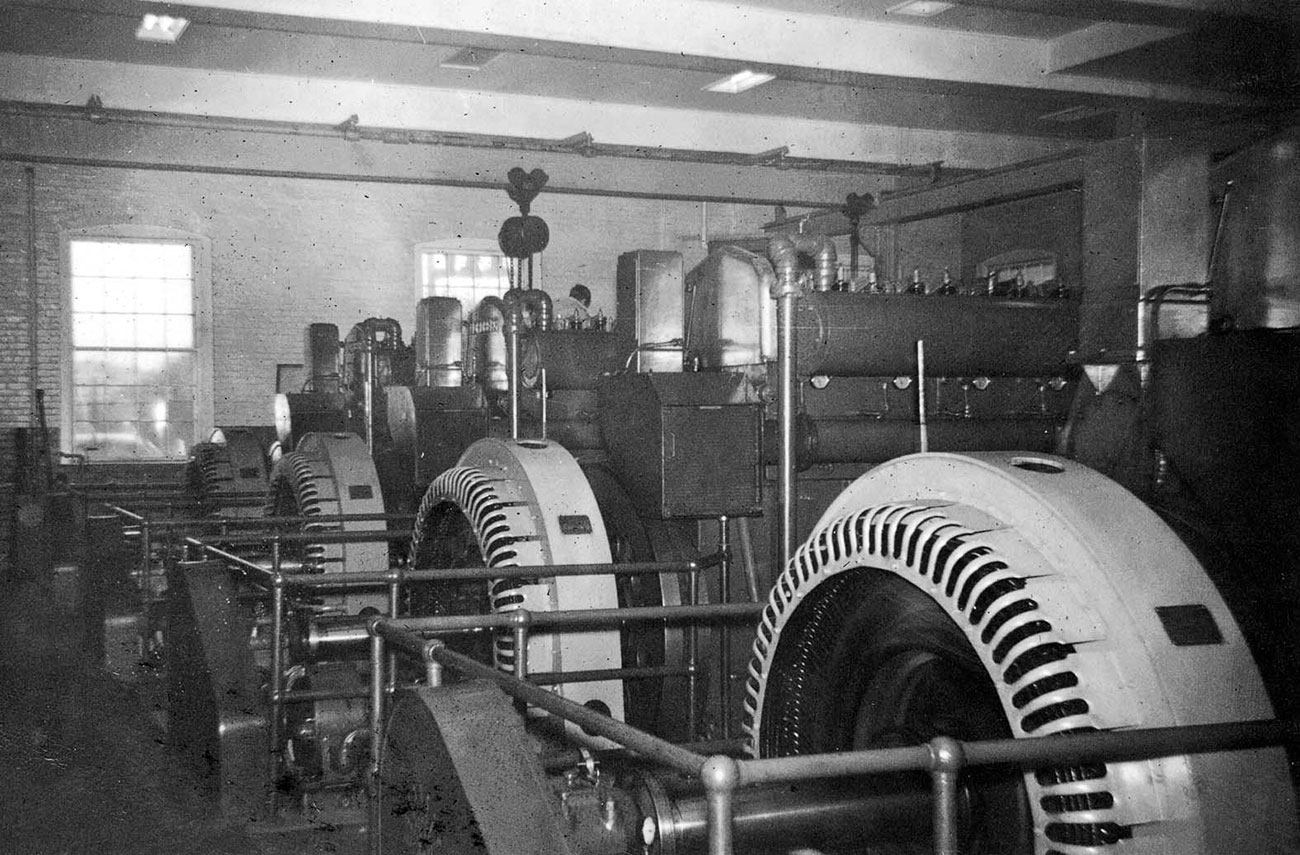 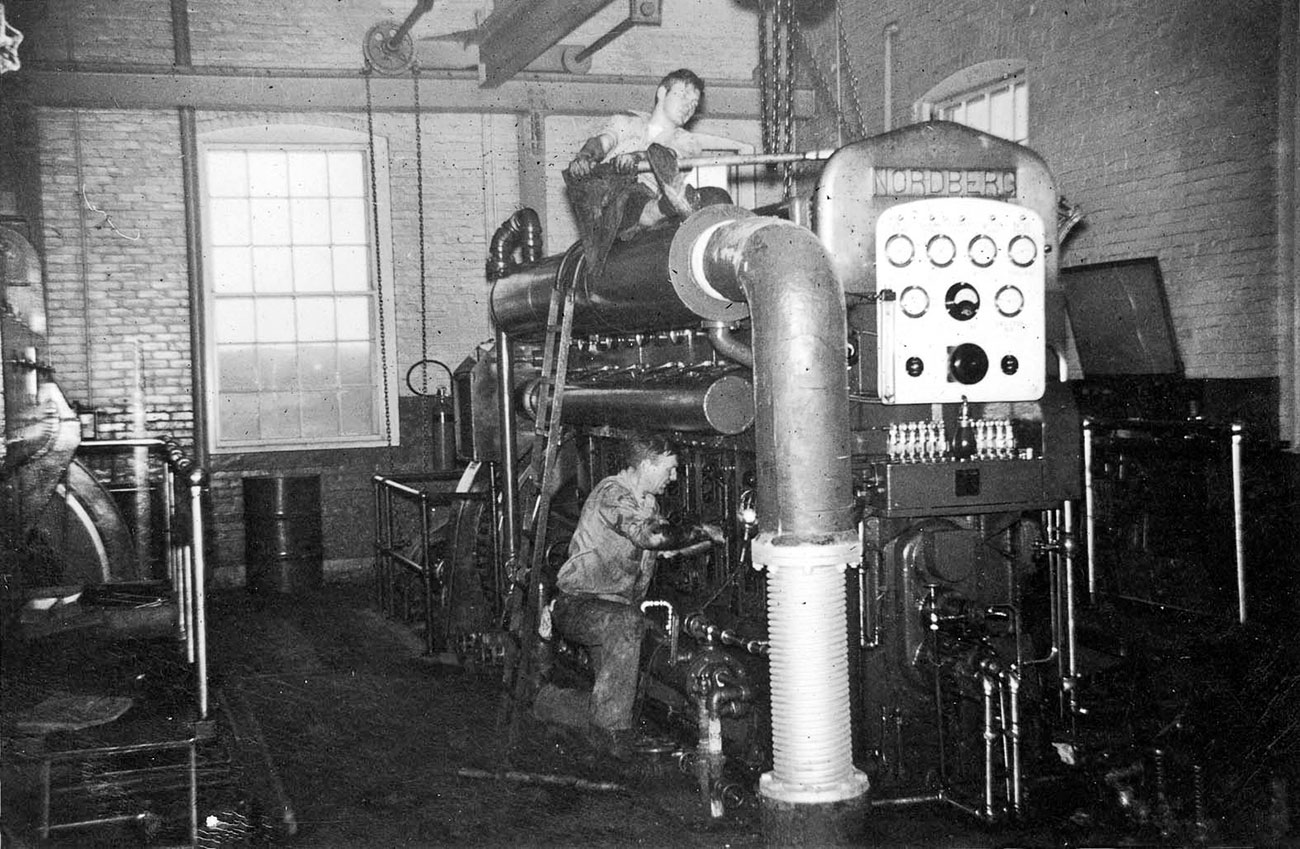 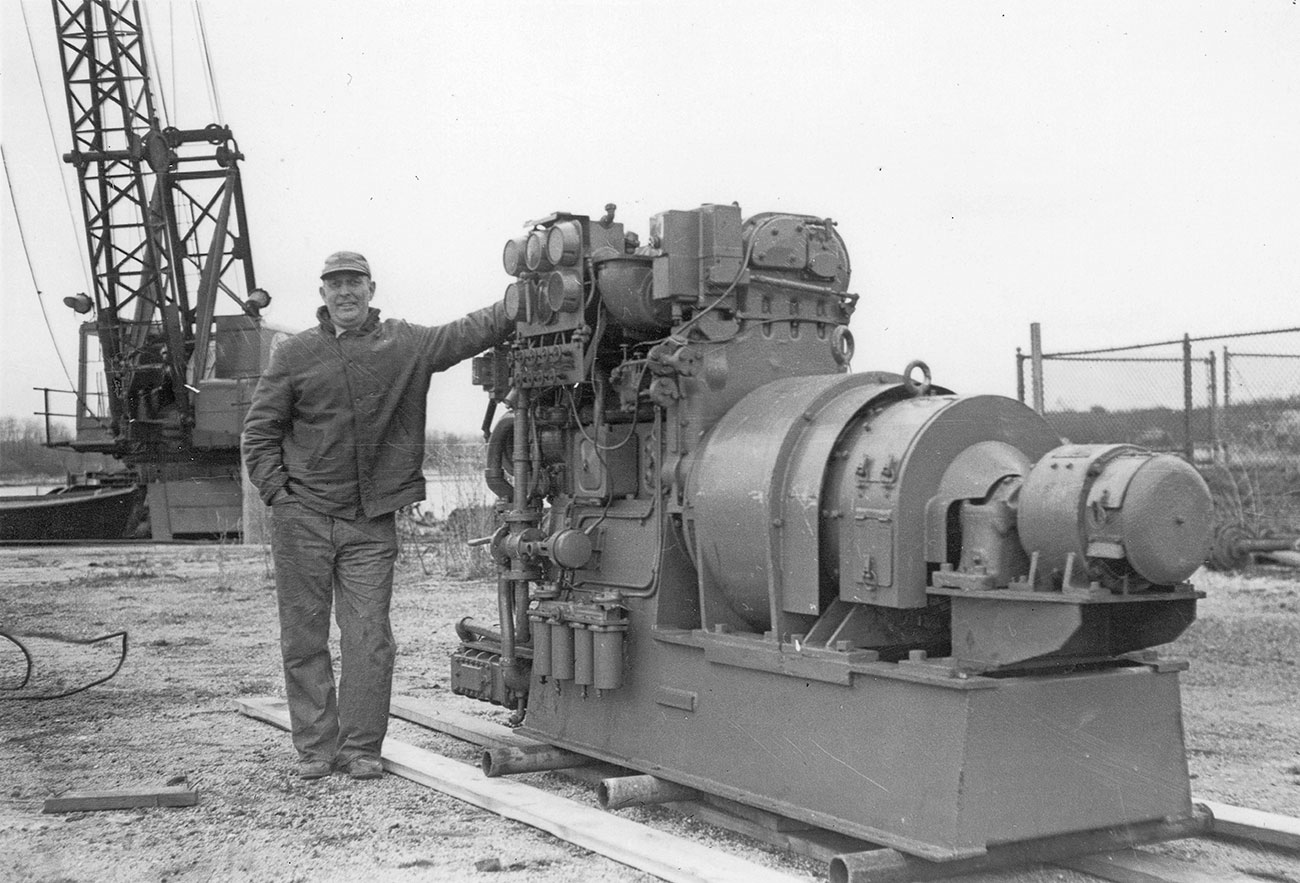 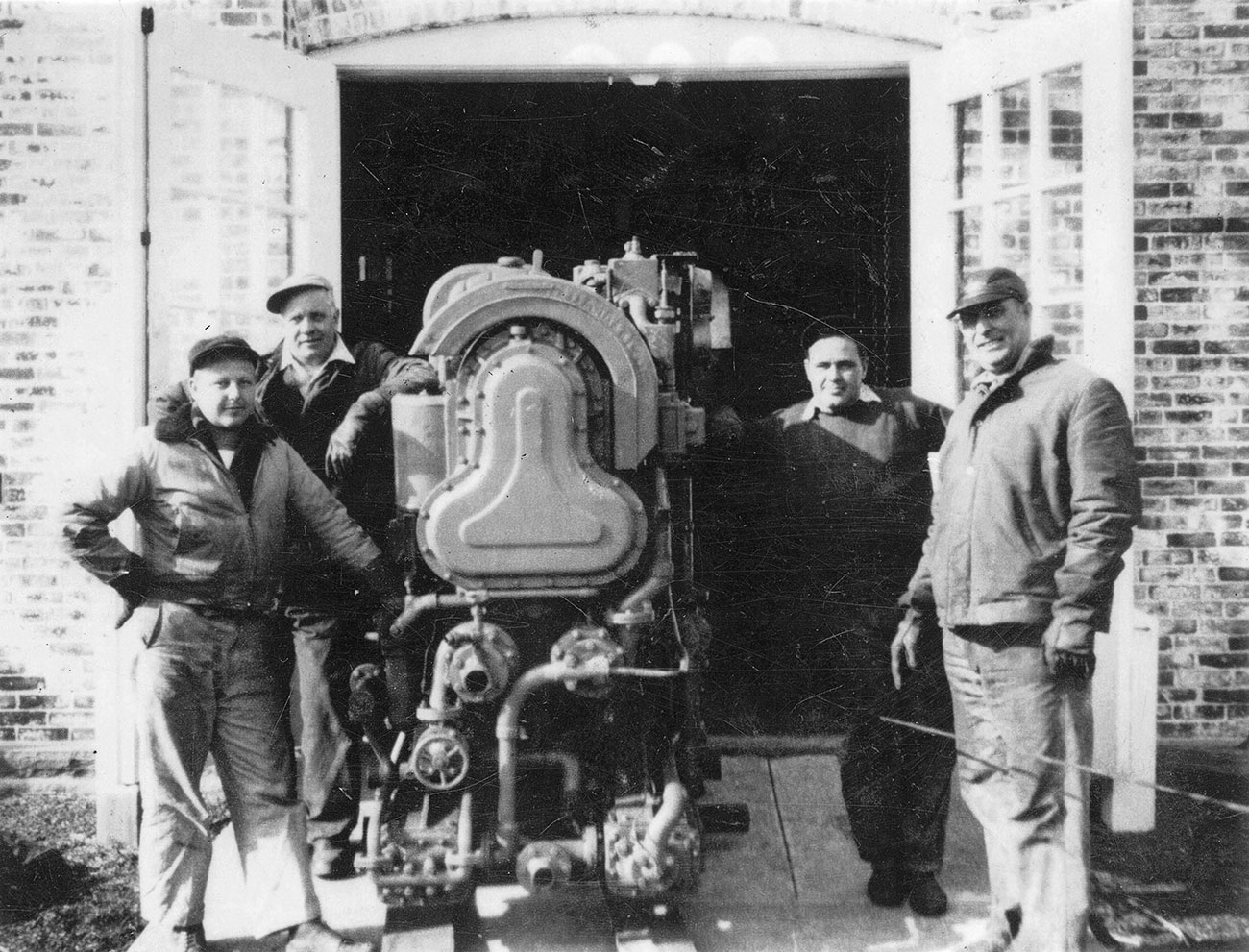 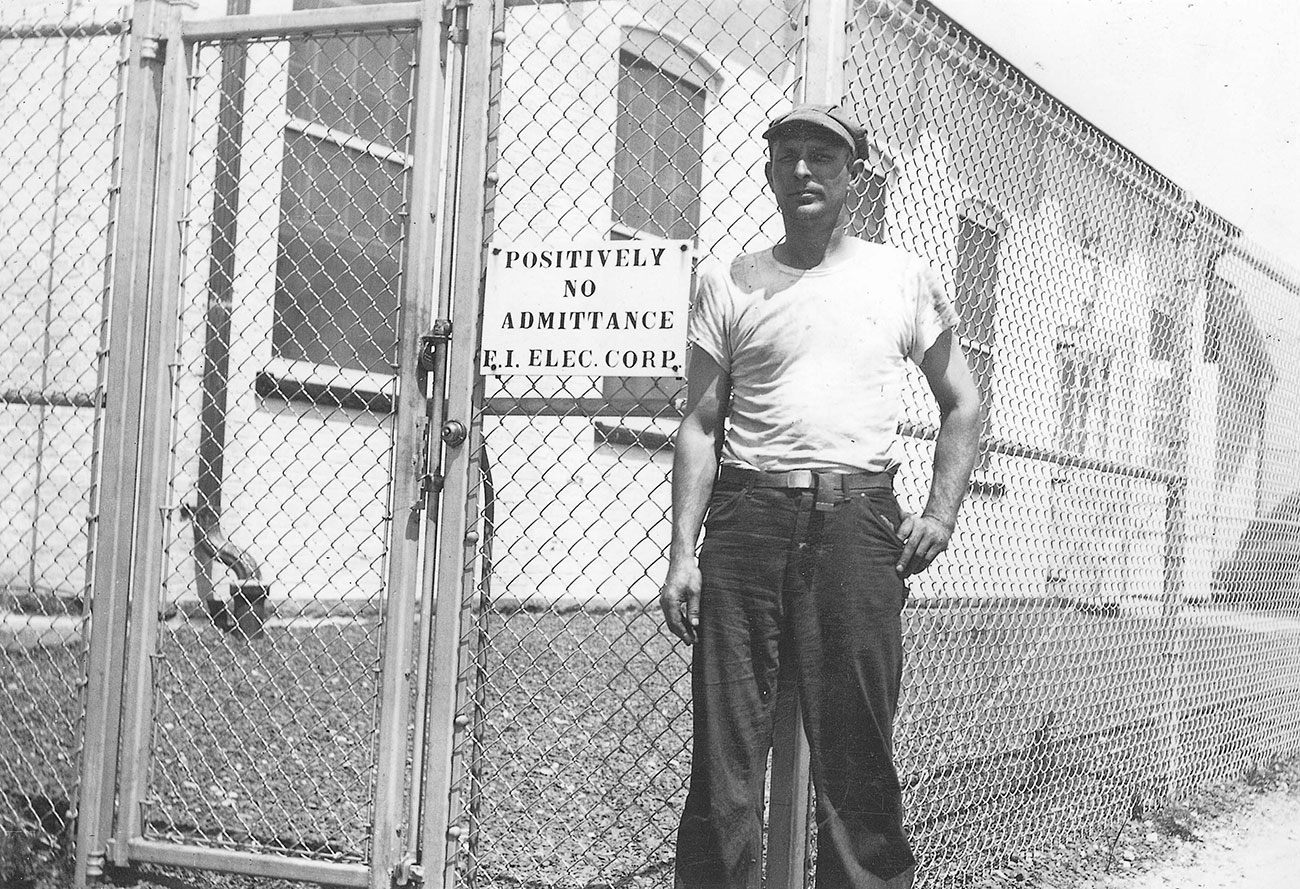 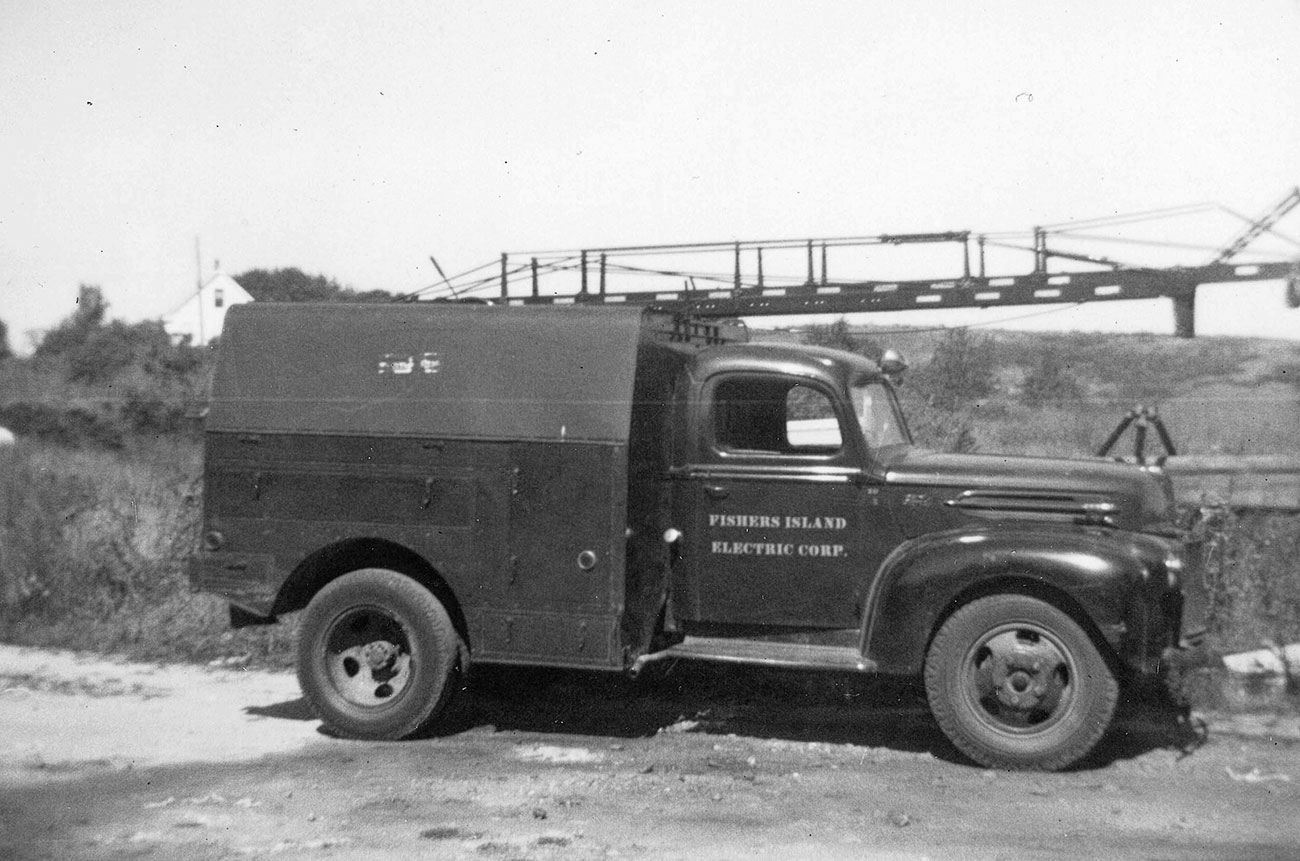 “In 1922, the power plant was found inadequate for increasing demands and was abandoned in favor of electric service from Groton, Connecticut, by way of a steel armored submarine cable, 13,800 ft. long. In 1926, the original cable was replaced by a new one and another cable laid as an emergency measure.”
Lee Ferguson, President of the Fishers Island Farms, Inc. (Quotation from a 1941 article)

Due to conflicts with its real estate business, the Fishers Island Farms, Inc. sold all the properties of the electrical supply system to the newly formed Fishers Island Electric Corporation in November 1940. Because the Island had been inconvenienced by numerous power outages caused by storms and accidents to the submarine cable, the new company explored the possibility of eliminating dependency on the mainland for power supply. Their solution was to install a local generating plant in the brick building on West Harbor powered by four diesel generating units (Nordbergs), calculating that one could handle the average winter load and that no more than three would be needed for peak summer capacity. The new plant went on line February 9, 1941.

1962 ~ A new submarine cable was laid between Groton and Fishers Island that ended two decades of locally generated power.

The Fishers Island Electric Corporation used diesel generators as a backup system until 2000, but power since that date has been provided by submarine cable with the exception of occasional emergency power provided by a backup generator installed in recent years.