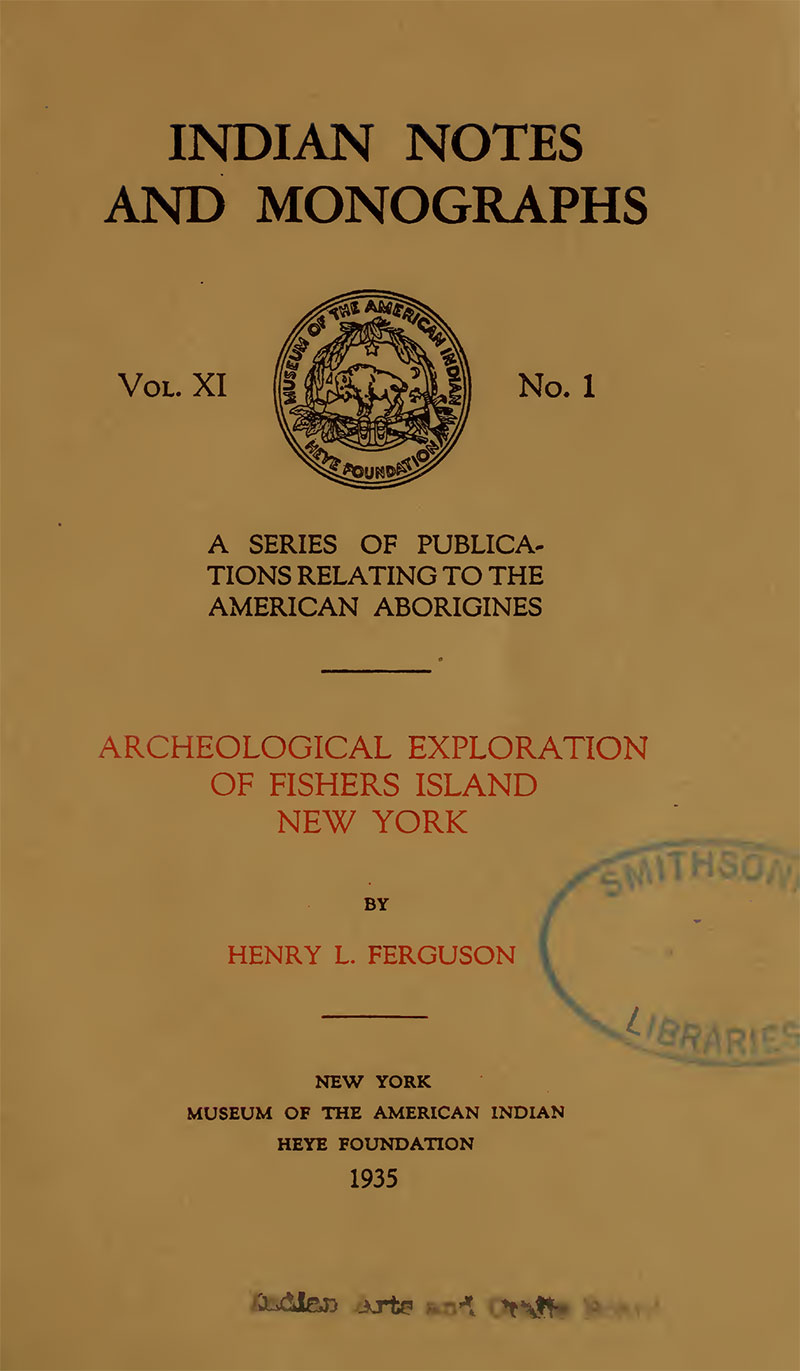 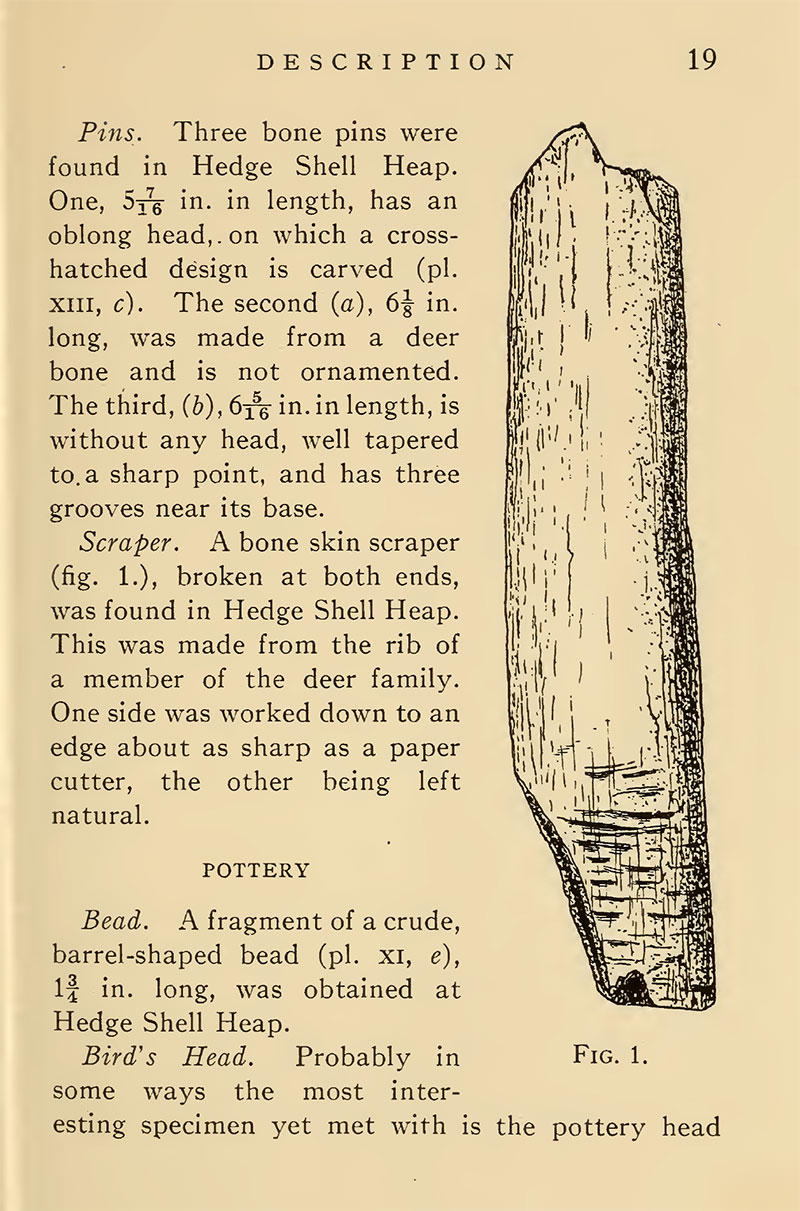 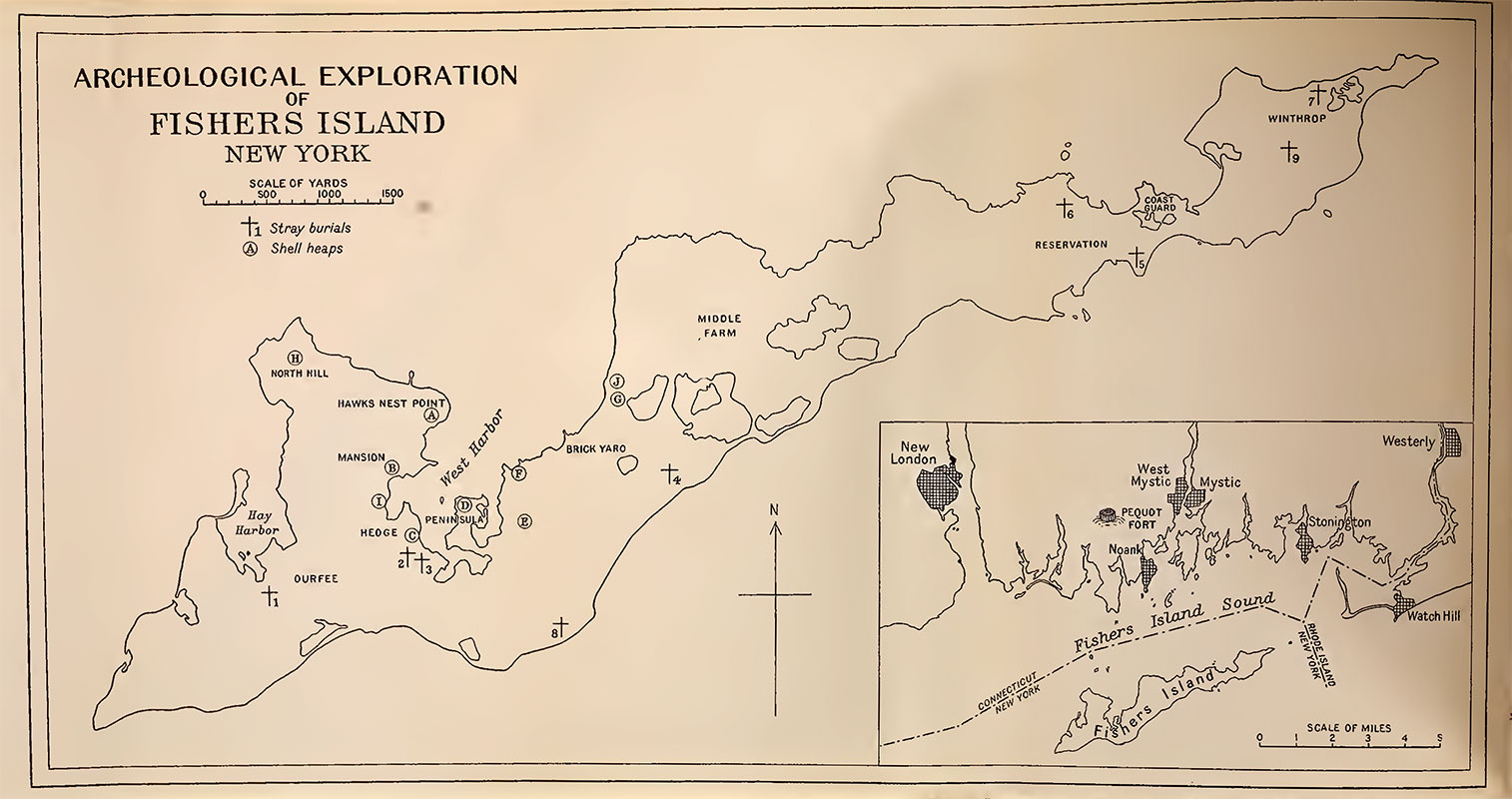 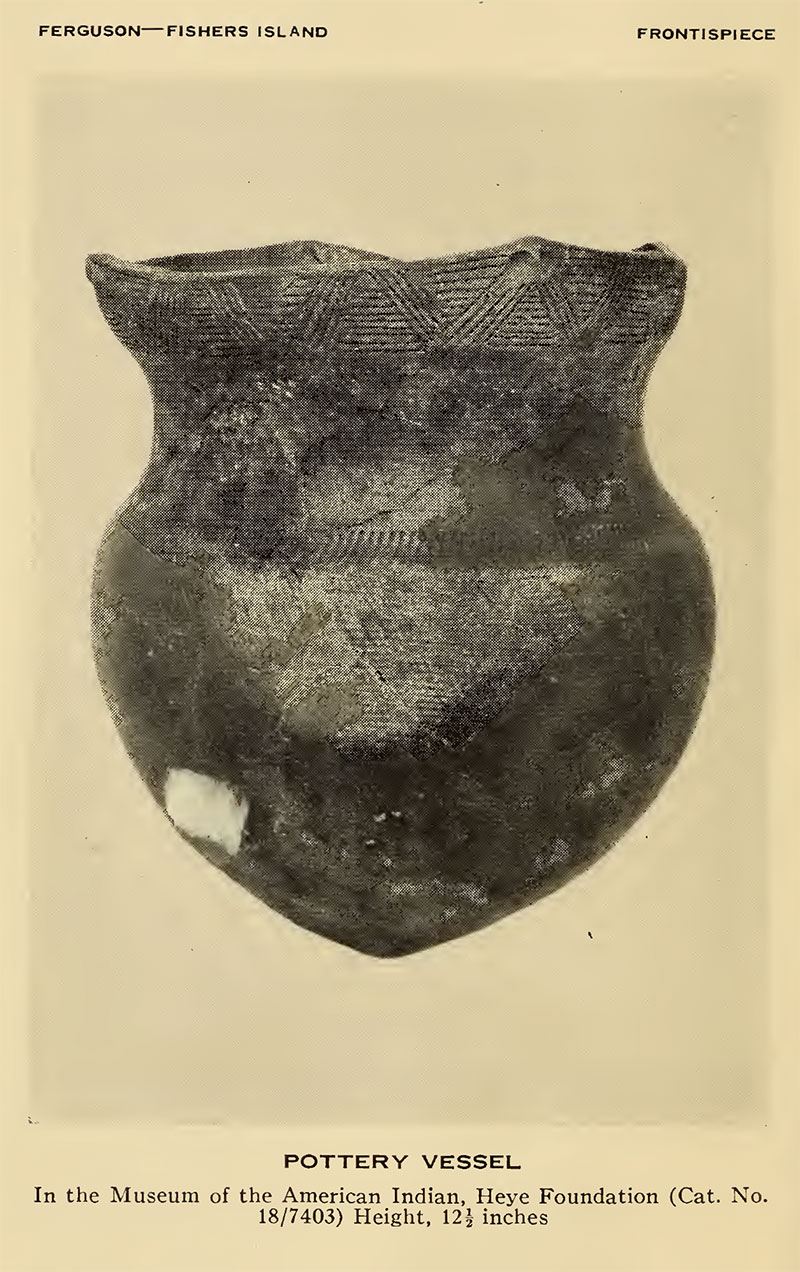 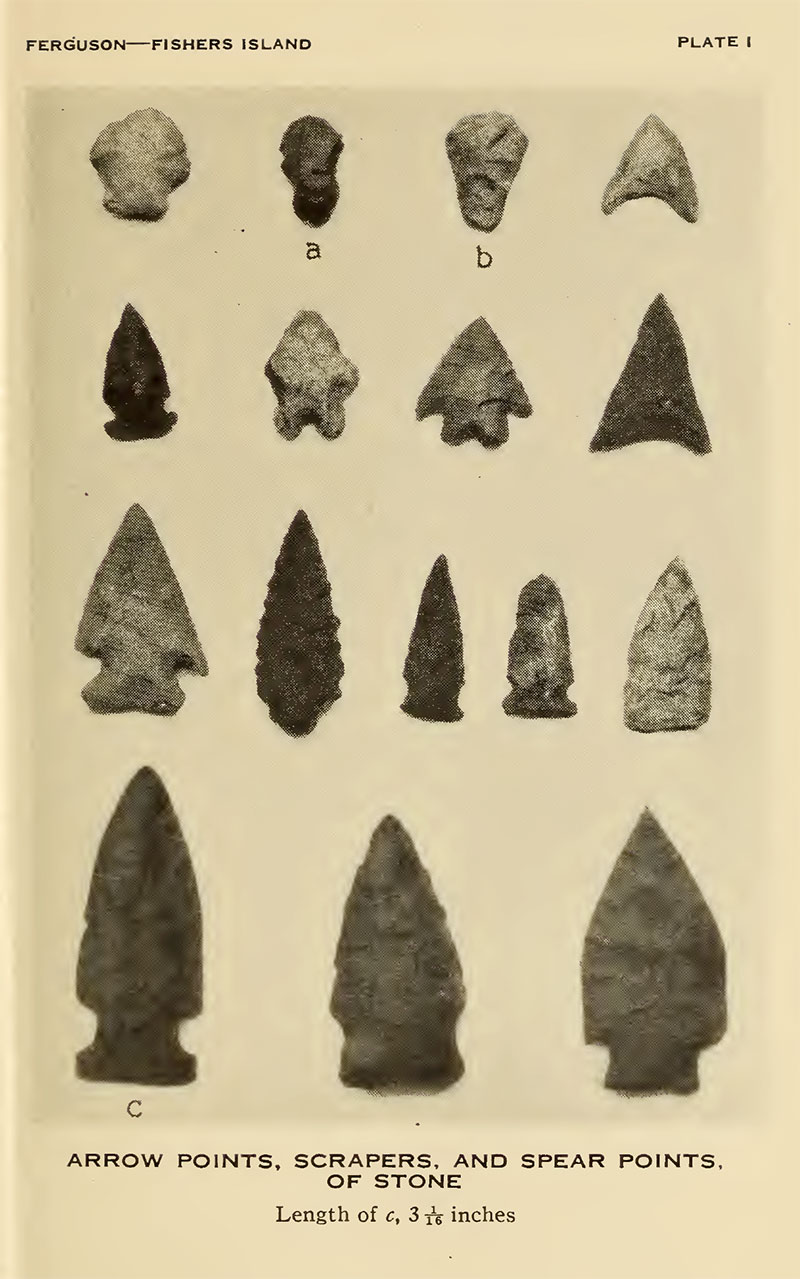 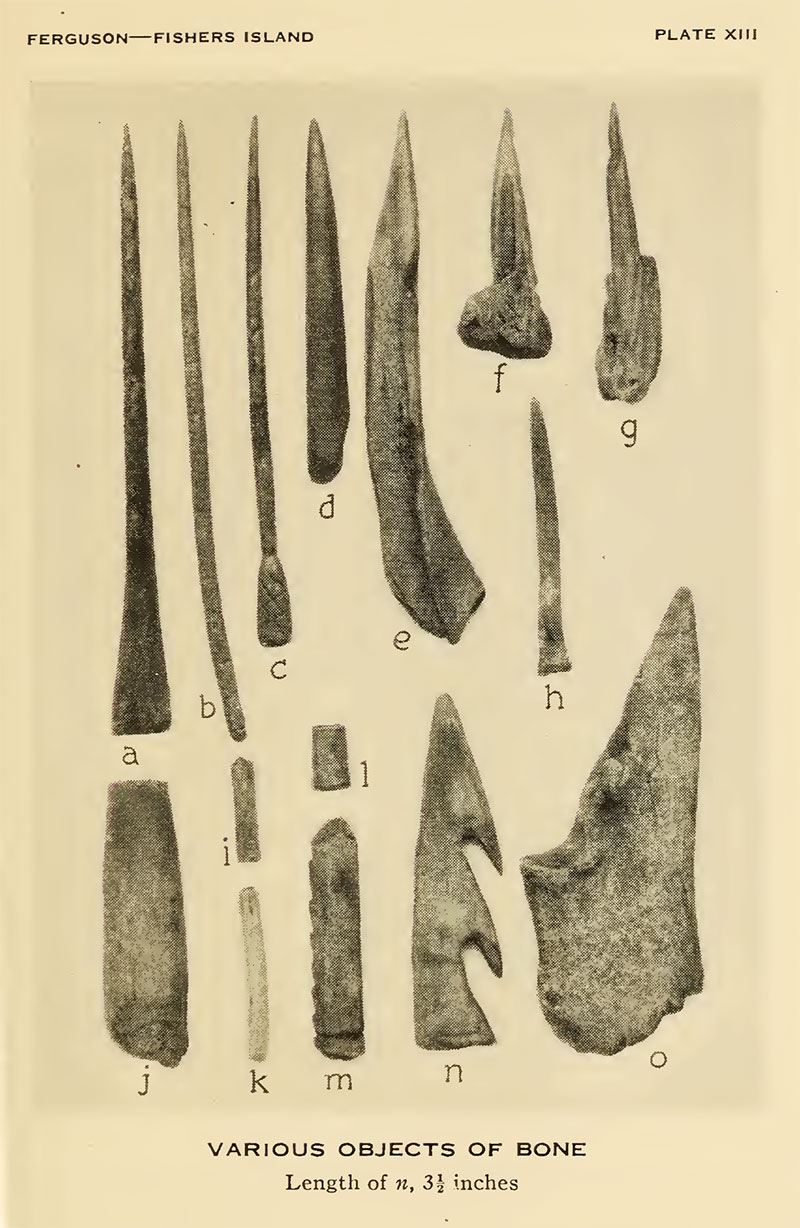 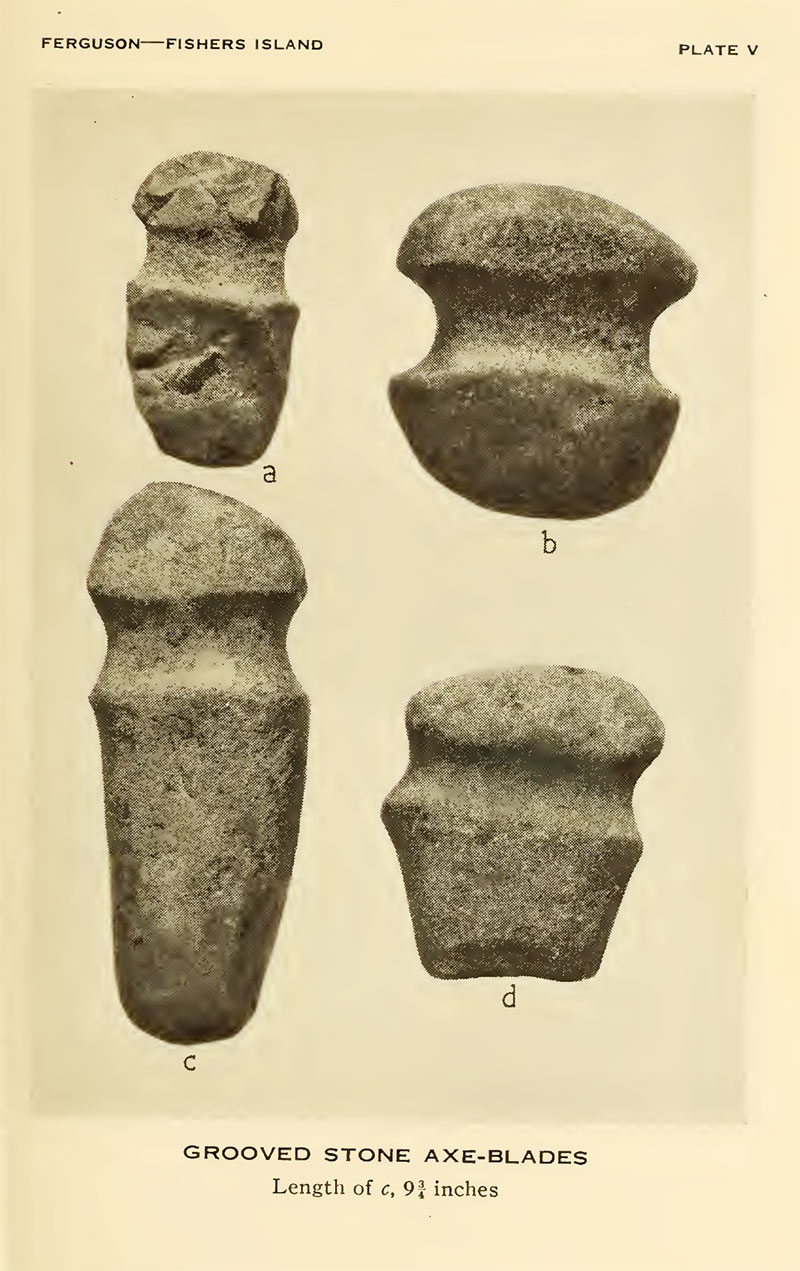 The archeology of an island close to the mainland must necessarily be of the same culture as that of the adjacent continental peoples, although a more or less isolated existence may have caused some changes in the daily life of the islanders, because of their different environment. Much has been published regarding the archeology of the islands adjacent to the coast of California, but little of those similarly situated off the Atlantic side of the continent.

Due to the enthusiasm and perseverance of Mr. Henry L. Ferguson, it is now made possible to present the following preliminary report of an island culture off the Eastern coast of the United States.