The history of Fishers Island can be experienced one step at a time when walking the Brickyard Pond Trail in the L.F. Boker Doyle Sanctuary and the Clay Pit Trail, both part of The Henry L. Ferguson Museum Land Trust trail system.

The Brickyard Pond Trail is located on a 15.5-acre tract on the East End of the island. Here, visitors can spot such wildlife as Great Horned Owls, Great Crested Flycatchers and Red-Bellied Woodpeckers and admire mature trees ranging from hickory, American beech and red maple to red, black and white oaks. The area is also the former home of what was once one of the largest brickyards in the entire northeastern United States.

Due to extensive clay deposits, brick manufacturing was a bustling enterprise on Fishers Island, dating back to the late 1700s with some activity as early as the 1650s. Brickmaking on the island reached its peak during the late 19th century with the establishment of the Fishers Island Brick Manufacturing Co., which was founded by D.C. Sage and later bought out by New London interests.

At its peak, the brickyard had an annual manufacturing capacity of 18 million bricks a year utilizing clay mined from open pits adjacent to today’s Isabella Beach parking lot. Each year, as many as 140 seasonal workers were employed by the brickyard and housed on the property. The Fishers Island Brick Manufacturing Co. suspended operations in 1909 when water table infiltration made mining uneconomical.

The straight-away sections of the Museum’s Clay Pit Trail and Brickyard Pond Trail mirror the route of the rail line that once transported the clay to the brickyard and the bricks to docks, where they were loaded onto ships.

“If you walk these two scenic nature trails, try to imagine the hundreds of miners wielding shovels, the horse-drawn railroad cars filled with clay, the scattered shanties and bunkhouses and the huffing and puffing steam presses, all part of the brick industry that is part of Fishers Island’s history.”

You can learn more about the history of brick making on Fishers Island by watching an informative 43-minute recorded talk by Museum Director Pierce Rafferty that features illustrations, maps and historic photographs. The History of  Brickmaking on Fishers Island video, which was co-directed by Marisela La Grave, was made possible with a grant from the Jeanann Gray Dunlap Foundation. 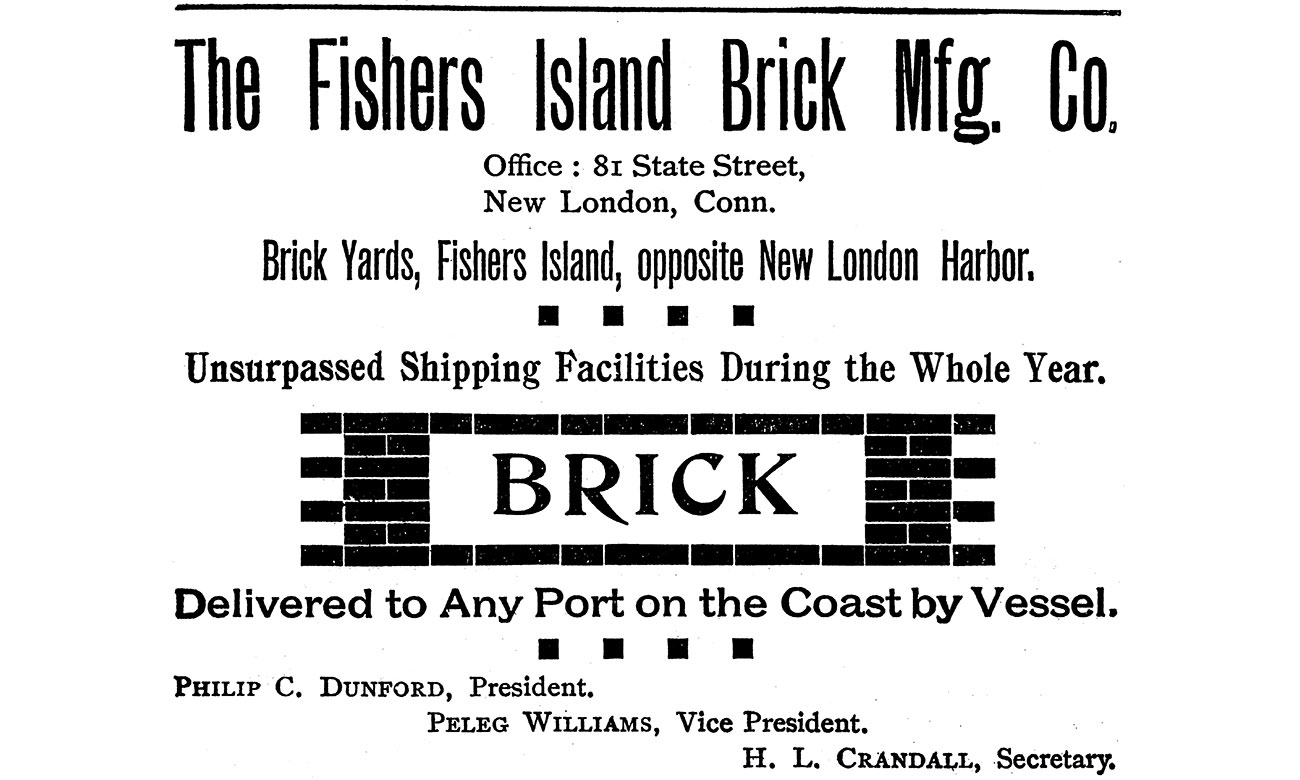 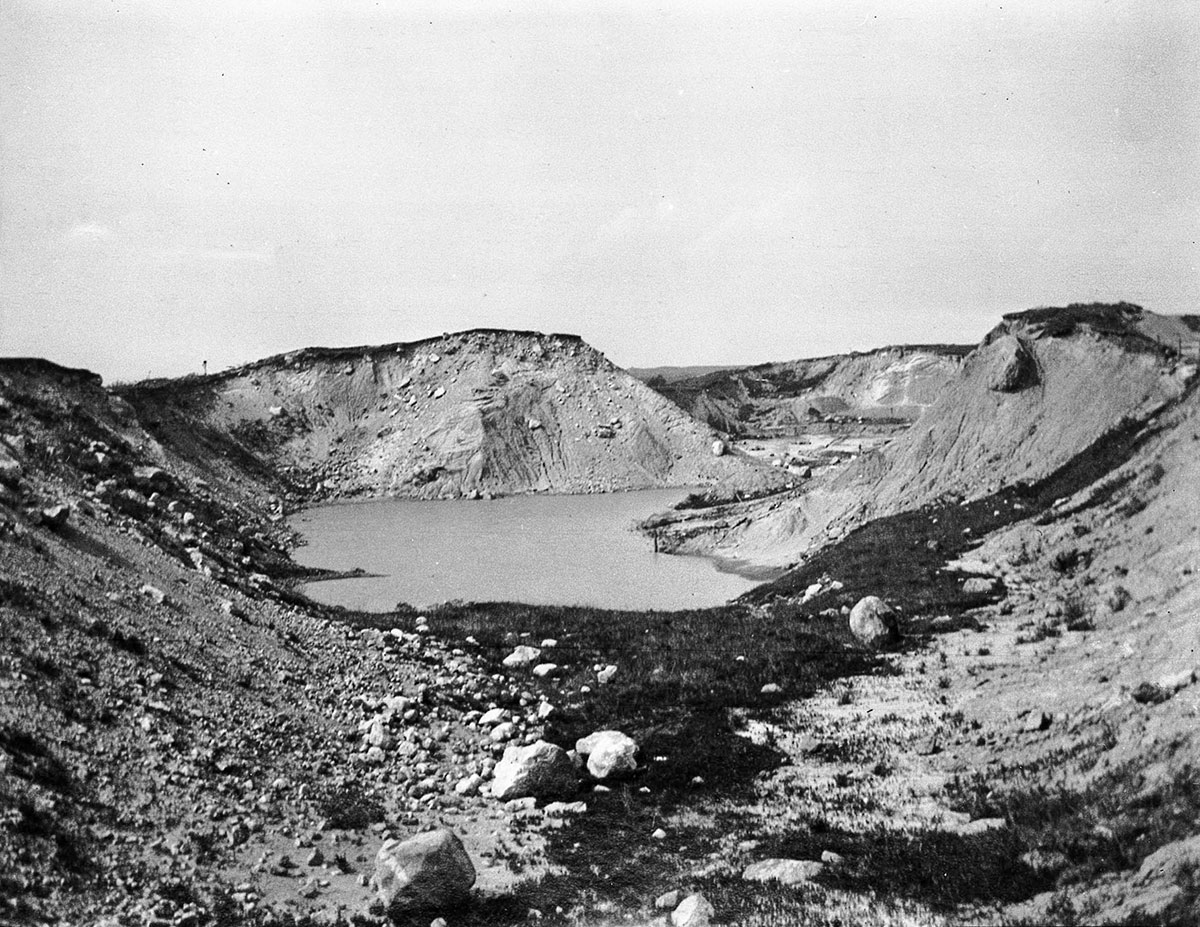 Clay Pits, Fishers Island, NY, circa 1909. Note that they are partially filled with water. The clay pits were abandoned and the property sold to E.M. & W. Ferguson circa 1909 when it no longer was practical to pump the water from the clay pits to enable mining of the clay. 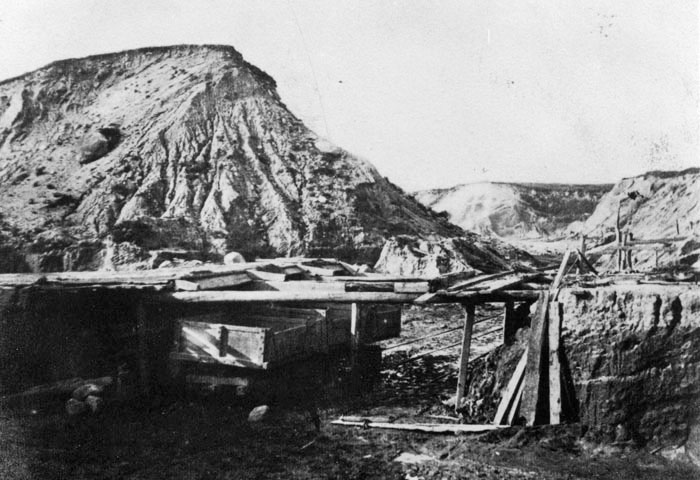 Clay pits in operation, Fishers Island, NY, circa 1905. Note the railroad tracks and railroad car used for hauling raw clay to the brickyard. Horses pulled the railroad cars approximately one mile north of the pits to a location just east of Chippy duPont’s residence today; there the bricks were fashioned in steam presses and fired in a scove kiln built out of the bricks themselves. 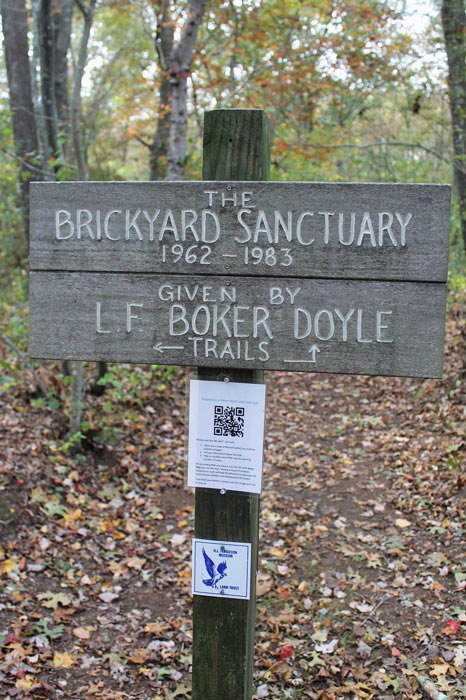 The entrance for the Brickyard Pond Trail is located on the north side of the main road where it intersects with a dirt road just before the entrance to Grey Gulls. Parking is available along the dirt road near the trailhead. 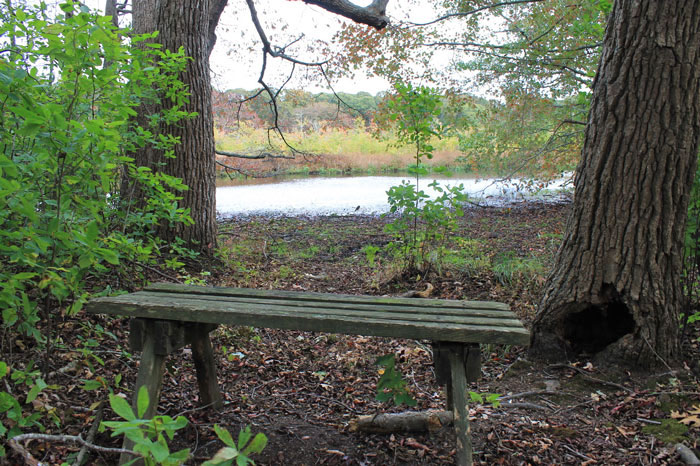 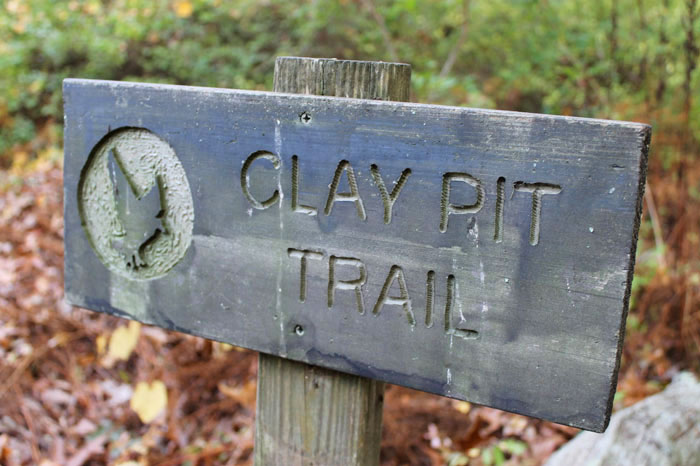 The primary entrance for the Clay Pit Trail is located on the opposite side of the main road across from the Brickyard Pond Trail’s parking area. The main path will take you past the clay pits to a large oak bench where you can sit and enjoy an unobstructed view over the pits to Block Island Sound in the distance. The trail, which will take you through a scenic woodland with glades of ferns, loops back to the main road. 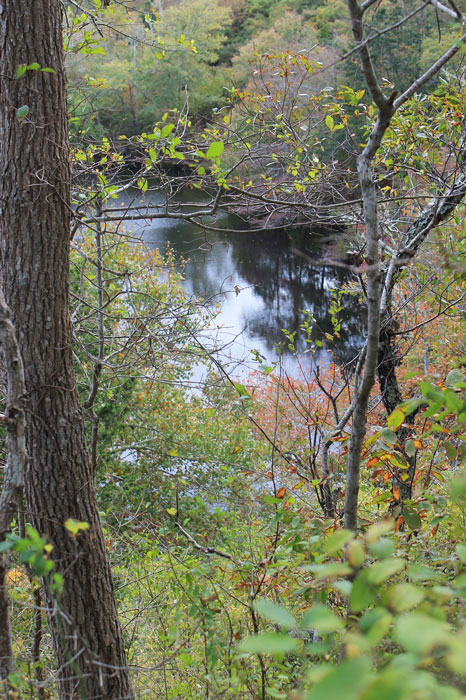