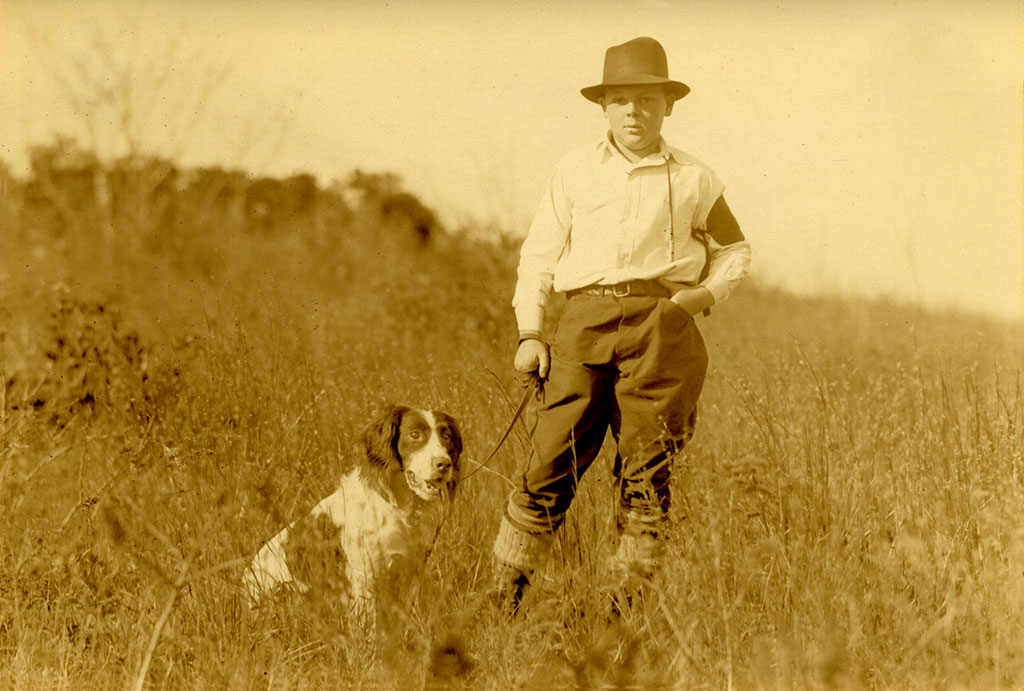 In the period following Charlie Ferguson’s death on January 7, 2018, his family searched through his many possessions for objects, books and creative works that were a good fit with the Museum’s various collections. Several boxes were soon delivered to the Museum by his daughter Marnie Ferguson Briggs, a board member of the HLFM. Their contents included books, photographs, sailing and Field Trial trophies, maps, documents, ephemera, and paintings—the latter created by both Charlie and his father H.L. Ferguson. Highlights include his and his older brother Lee’s hunting “Game Book” spanning the period from the 1930s to the 1990s, H.L. Ferguson’s original paint box adorned with Charlie’s paintings, and an unopened liquor bottle from the wreck of the rumrunner Thelma Phoebe. 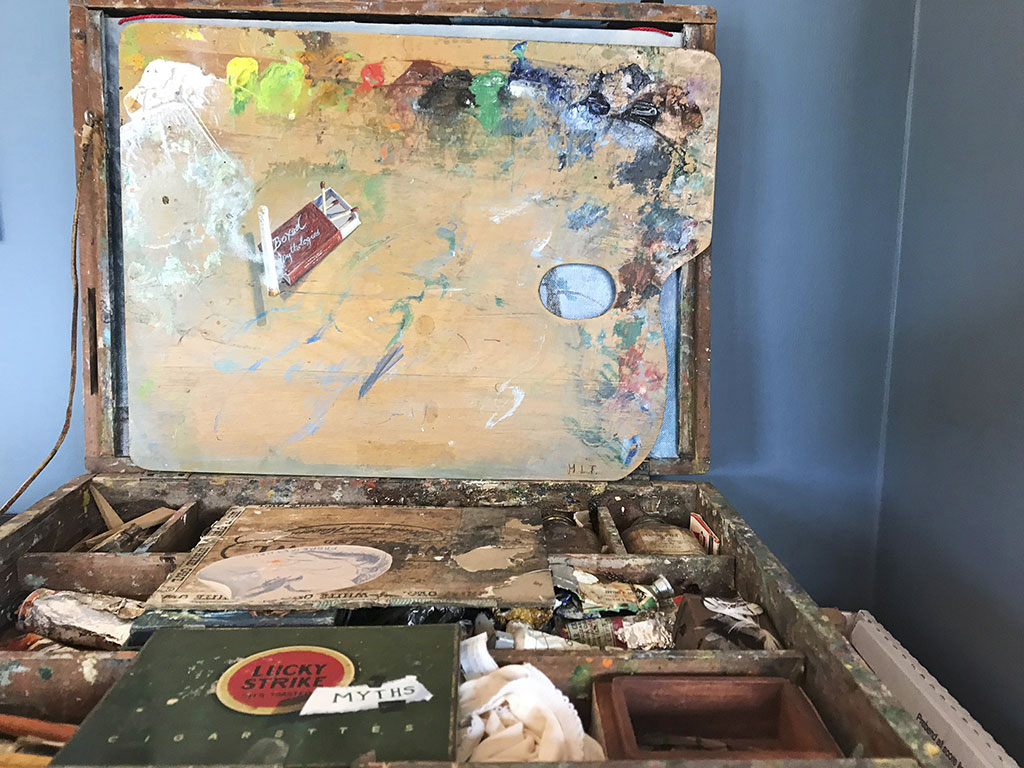 The greatest treasure trove consists of more than 70 small, black “day books” filled with Charlie’s writings, drawings and watercolors. These were created both on Fishers Island and at locations around the world during his travels. There are some outlier books from the 1940s when he was still at art school at the Art Students League of New York, but most date from the early 1970s through to the mid-2010s. They contain some of Charlie’s most spontaneous art works. Utilizing grant funds from the Jeanann Gray Dunlap Foundation, the Museum will have many of these books scanned and made available for browsing on kiosks at the Museum, with selections accessible at fergusonmuseum.org . The Museum would like to thank Charlie’s three daughters—Julie, Hartley and Marnie—for gifting this wonderful facet of Charlie’s artistic legacy to the Museum. We look forward to sharing it with the entire Fishers Island community. 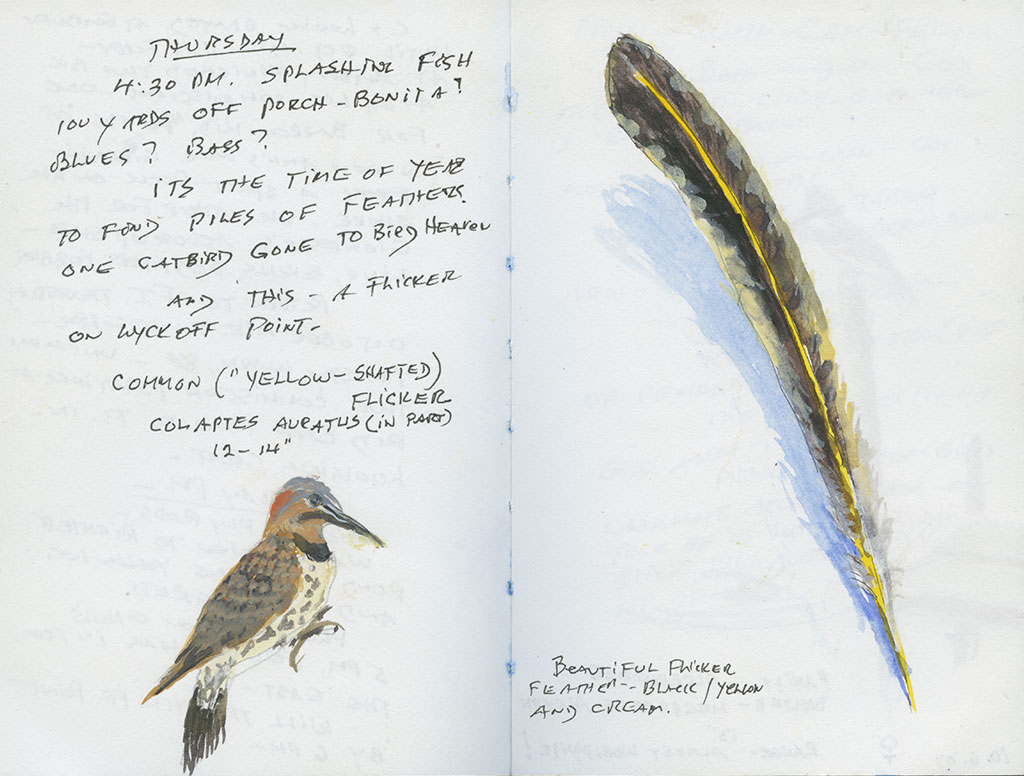