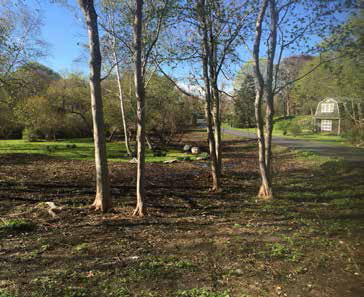 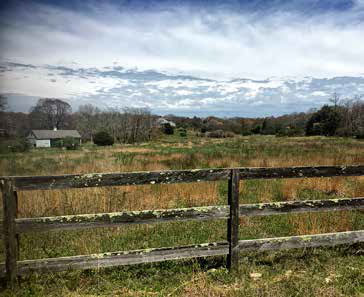 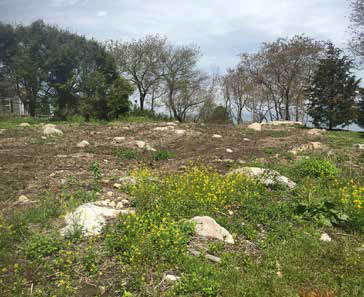 2016 was an active and productive year for the Land Trust. We received contributions of two parcels of environmentally sensitive land—one with an area of over one acre on the East End Road donated by Henry and Margaret King, and the other with an area of almost three acres donated by Chris Rafferty and Kathleen Lamborn. Both parcels constitute legal building lots, and, as with all Land Trust properties, the Museum has legally undertaken to protect these parcels in perpetuity in their natural state and to protect them from development.

In 2016, the Museum also focused more intensely on the stewardship of the more than 330 acres that it owns. The Museum had the majority of its properties surveyed by two interns who recently graduated from the Yale School of Forestry & Environmental Studies. Our interns rendered a comprehensive assessment of the existing ecological communities on these Land Trust properties that will assist in our stewardship efforts. Invasive plant species are present in varying densities throughout the Museum’s Land Trust holdings, as they are in all of Fishers Island. For this reason, the Museum established a Land Trust Committee consisting of both Board members and non-members who have a particular interest and/or expertise in addressing the control of invasive plants, as well as other stewardship issues. The current members of the Land Trust Committee are: Donald Beck, Barry Bryan, Dave Burnham, Ken Edwards, Justine Kibbe, Steve Malinowski, Elizabeth McCance, Bob Miller, Terry McNamara, Megan Raymond, and Joe Woolston.

Projects initiated by the Committee over the winter of 2016/2017 included the clearing of invasive vegetation on the sanctuary behind the Museum along Belle Hill Avenue and West Street and extensive invasive removal projects on Isabella Beach Road and on the east end of Clay Point Road. While portions of the property near the Museum building and on Clay Point Road are almost barren because of the necessary ground cover removal, native plants will be introduced and then monitored to facilitate effective invasive species management. Monitoring and maintenance of all the Land Trust properties to manage invasive vegetation is a key concern of this Committee.

It should be noted that heretofore almost all Land Trust management activities have been conducted by volunteers. While we will continue to rely on the many volunteers who assist in trail clearing, signage, and other projects—and we especially appreciate the assistance that the Fishers Island Fire Department provides in burning the grasslands at Middle Farms— the major restoration projects now under way are conducted by Island contractors on the basis of sealed bids. Fortunately, work to date has been financed by generous donations from the McCance Foundation and from private individuals. Donations to the Museum for land stewardship purposes will be greatly appreciated as we move into this new phase of our efforts to maintain the Island’s natural beauty and ecological integrity.