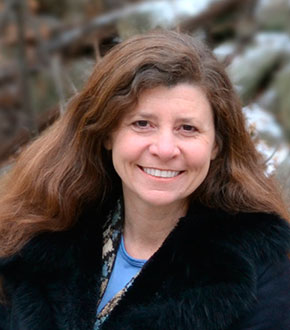 The Museum’s Board of Trustees announced on December 23, 2014, that Elizabeth McCance had been unanimously elected as the president of the Museum, effective immediately. She graciously accepted her new position.

Elizabeth joined the H.L.F. Museum board in 2006. She has served on various committees including heading the leadership gifts effort to finish the Museum’s second floor space, which is currently under construction. In accepting her new role Elizabeth wrote,

“I am very honored to be selected for this important position. It will be difficult to follow Penni’s remarkable leadership, but I look forward to working with the board to help the Museum flourish in all its mission areas.”

Elizabeth joined Chicago Wilderness in 1996 as the Science and Land Management Teams coordinator. She led the teams through a process to develop a regional recovery plan for biodiversity. In 2002, she was named their director of conservation. Prior to joining Chicago Wilderness, Elizabeth worked for the Species Survival Commission of the International Union for Conservation of Nature, where she helped to administer an international network of 8,000 volunteers.

As a project manager for Criterion Ventures, a company that specializes in launching social ventures, Elizabeth worked to help prevent people from going into debt trying to pay the uncovered costs of healthcare. She also worked on a business incubator in Miami that focused on the development of nonprofits in the area.

Elizabeth was formerly adjunct faculty at Sacred Heart University, where she taught both master’s students and undergraduates in courses ranging from environmental management to field ecology. She is now a full-time assistant professor at Norwalk Community College teaching environmental science and general biology. She is also starting a degree program in environmental management at Norwalk Community College. A board member of The Nature Conservancy in Connecticut since 2013, Elizabeth is a resident of Westport, CT, and enjoys her summers at Fishers Island with her two young daughters.

The HLFM Welcomes Three New Board Members and Says “Thank You!” to Another.

At their October 13, 2014 meeting, the Museum’s Board of Trustees was informed that Elizabeth H. “Libbie” Cook had stepped down from the board after many years of dedicated service. The trustees expressed both regret at her decision and deep appreciation for all that she had done as a board member and as a vice president of the Museum. They voted wholeheartedly to make her an honorary trustee.

At their January 25, 2015 meeting, the Board of Trustees voted unanimously to invite three people to join the board: Terry McNamara, Megan Bohlen Raymond, and Barbie Riegel. The prospective board members were contacted after the meeting, and all three graciously accepted. 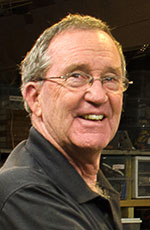 Terry has spent a portion of every summer on Fishers Island since 1971. For the last several summers, he has enthusiastically stepped in to lead the Museum’s nature walks during the month of August. He is an active volunteer at the Vanderbilt Museum in Centerport, NY, where he serves as a master gardener. He is also an active member of the Huntington-Oyster Bay Audubon Society.

Drawing from 33 years of experience teaching high school science on Long Island, Terry is helping the Museum expand exhibits and programming for children, including activities that promote first-hand experience of science and nature. Terry is an avid naturalist with interests in birds, herpetology, mushrooms and seaside fauna. He and his wife Harriet (Ahlgren) own a house on the Peninsula. 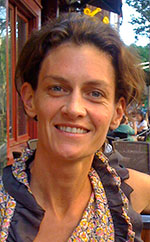 A life-long seasonal resident of Fishers Island, Megan has a BS in Geological Sciences and Environmental Science from Tufts. She received her MS from the Virginia Institute of Marine Science at the College of William & Mary. Her professional life has focused on ecological site assessments and environmental planning, most recently for William Kenny Associates. She has extensive experience identifying vernal pool habitats and conducting surveys of state-listed and endangered species. From 2004 to 2009, Megan served as the Inland Wetland Agency Commissioner for the Town of Branford, CT. A certified soil specialist, Megan has worked on wetland delineation and coastal restorations projects in MA, CT and NY.

As a board member, Megan’s range of expertise will be of considerable help in the science-based maintenance of our current Land Trust holdings, and the assessment of other island properties that may need protection in the future. Megan lives in Branford, CT, with her three children and her husband, who is a professor at the Yale School of Forestry and Environmental Science. 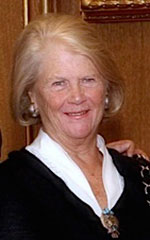 A well-known summer resident, Barbie has been involved with many island organizations over the years. Through her past board position with the Fishers Island Conservancy, Barbie was instrumental in developing the Nature Days environmental education programs. The gift of her late husband Jerry Riegel’s extensive nautical book collection for a new reference library was the catalyst the HLFM needed to move forward with the second floor renovation project.

Barbie is a longtime member of the board of directors of the Stroud Water Research Center in Avondale, PA, which conducts groundbreaking research on the ecology of fresh water streams, rivers and their watersheds around the world. She is currently assisting the HLFM with fund-raising for the second floor renovation and will bring great enthusiasm to the board. Barbie divides her time between Fishers and Hobe Sound, FL.