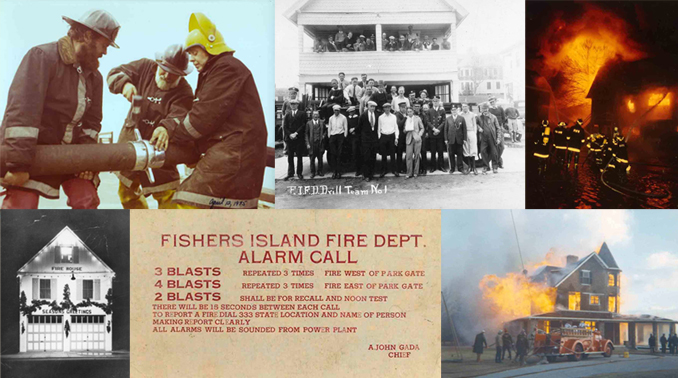 Pierce Rafferty’s talk begins with a survey of the first recorded fires on Fishers Island, including the burning of Winthrop’s main house by pirates in 1690 and the torching of the island by the British during the Revolutionary War. After briefly reviewing the major conflagrations of the late 19th and early 20th centuries that spurred the creation of a volunteer fire department, the main body of his talk chronicles fires and firefighting since the founding of the F.I.F.D. in 1927. He highlights how the Department and its associated emergency services have evolved over the ensuing decades with a focus on their remarkable record of dedicated training, service and accomplishment.

Pierce first gave this talk on March 30, 2012 to the members of the Fishers Island Fire Department. His original presentation has been revised and expanded.